Ana Ivanovic ended 2014 ranked number five in the world with four more titles to her credit. Many expected that 2015 was going to be the year when Ivanovic would finally make another breakthrough to win her second Grand Slam singles title, but it was not meant to be the former world number one. Finishing 2015 as the world number 16, Ivanovic took a leap backwards to her 2013 year-end ranking, a disappointing finish considering all of her successes in 2014.

Ivanovic had three big high points in 2015: a runner-up showing at the Brisbane International and a semi final showing at the French Open and China Open.

Kicking off her season in Brisbane, the former world number one continued where she left off in 2014, making the final of the Brisbane International despite being far from her best. In the showpiece, Ivanovic pushed longtime rival Maria Sharapova but the Russian would be the one who would ultimately prevail in three sets, winning one of the most high quality finals of 2015 in just the first week of the season. 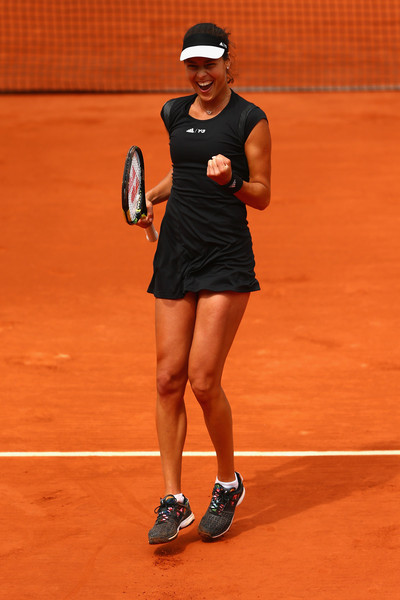 Coming into the second Grand Slam of the season, Ivanovic was not in the greatest form. Two opening round exits in Stuttgart and Rome and a third round showing in Madrid didn’t make the 2008 French Open champion’s chances of winning a second French crown promising. However, the Serb dug deep to overcome a couple of early scares before beating Ekaterina Makarova and Elina Svitolina en route to her first last four showing at a major since winning the title seven years ago. Despite being undone by Lucie Safarova in the semi finals, it was still an incredible fortnight for Ivanovic, and one that she hoped to build on for the rest of the season.

Unfortunately, the semi final showing in Paris didn’t translate into success in other parts of the world, but Ivanovic rounded off her Asian swing on a high note, advancing to the semi finals of the China Open before being outclassed by Timea Bacsinszky. With wins over Venus Williams, Svetlana Kuznetsova and Anastasia Pavlyuchenkova, the Serb couldn’t be too disappointed with her showing in the Chinese capital, which was one of the few highlights in a year where little seemed to go right.

Unfortunately for Ivanovic, there were a lot more low points than high points in 2015 – especially in the Grand Slams. Apart from the French Open, the former world number one lost in the first round of the Australian Open and the U.S. Open, and only went one better on the lawns of SW19 at Wimbledon.

Outside of the four majors, Ivanovic wasn’t finding any consistency either. She failed to make it past the third round of 9 of the 17 events she played, and lost to players ranging from number 1 to number 78 in ranking.

To her dismay, the Serb’s struggles didn’t stop there. This year, the player with the highest success rate and most wins over Ivanovic was Caroline Garcia. The WTA Rising Star won all three of her encounters against the former world number one, and she just seemed to have the perfect game to counter Ivanovic’s aggressive playing style.

Along with the aforementioned final and two semi final appearances, Ivanovic also made the last four of the Abierto Monterrey Afirme in Monterrey, a WTA International event held in early March. On top of that, she was also a quarter finalist in Toronto, Cincinnati and Tokyo. The Serb won just one of the four matches she played against top 10 players, with the lone victory coming against Makarova at the French Open.

Without question, Ivanovic’s worst results came at the Grand Slams, with the exception of the French Open. The Australian Open defeat in particular, might have stung Ivanovic the most considering she was considered a legitimate contender for the title, especially after she was drawn in a quarter with very few dangerous floaters. After taking the opening set 6-1 over then-world number 148 Lucie Hradecka, the Serb seemed to collapse, losing the next two sets 6-3, 6-2 to hand the Czech one of the biggest wins of her singles career.

“It's really disappointing,” Ivanovic said in her post-match press conference. “It's probably the worst thing that could happen.” 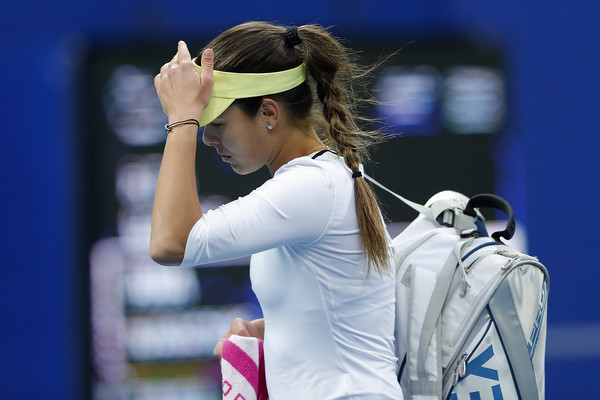 Ana Ivanovic walks off the court after being defeated in the semi finals of the China Open by Timea Bacsinszky. (Photo courtesy: Zhang Lintao/Getty Images AsiaPac)

Ivanovic had her fair share of highlights, but her inconsistency from tournament-to-tournament and poor results at the majors made her 2015 season make a turn for the worse. If the former world number one can make the necessary adjustments to fine-tune her game in time for the 2016 season, there is no reason why she can’t return to the upper echelons of women’s tennis.