Newly promoted side Watford travelled to the Tottenham Hotspur Stadium on Sunday as they looked for their first away win of the campaign. However, Nuno Espirito Santo’s men continued their unbeaten streak to defeat the Hornets.

In the only goal of the game, Son Heung-min did what he does best and found the back of the net. In his second goal in consecutive home games, Son scored directly from a free kick and although it was more likely to be a cross, he will have been thrilled to score on his 200th appearance for the Lilywhites.

Watford started the better of the two sides in the capital, with Eric Dier needing to be alert in the opening minutes to clear Juraj Kucka’s effort off the line.

As the first half continued, both sides saw plenty of the ball, and both goalkeepers played their part in keeping the scoreline level, with Daniel Bachmann making the save of the half as Spurs were dangerous in the box from a corner. However, despite Bachmann’s efforts, Son scored just before the half time whistle.

With Watford chasing the equaliser in the second half, they came close from Ismaila Sarr’s effort but Davinson Sanchez was equal to it to make a vital save to block the chance.

The result was a great one for Spurs, with the Lilywhites the only team unbeaten in the league at the top of the table and two points ahead of their rivals, compared to the Hornets who have three points from their opening three games.

Son and Spurs head into the international break celebrating their successful start to the season, as Nuno and his side have gone three games unbeaten with no goals conceded for the first time in the clubs history.

For the first time in our history...

This is a massive achievement for a side who are still waiting for their new centre-half to be fit to start a Premier League game, although, Cristian Romero has now travelled to Argentina for international duty, potentially ruling him out further on his return from a red-list country.

After Jose Mourinho sucked the life out of Spurs last year, Nuno emphasised the idea of getting the natural DNA back into the team, and 15 shots with 8 on target later, he may be restoring that back into the team.

Despite the game ending with one goal scored for the third game running, the fans will be happy with the three points, something that may be vital come the end of the season.

Sunday was a massive day for two former Lilywhites, Moussa Sissoko and Danny Rose, who made their return to North London after joining Watford this summer. Both players had long stints at their former clubs, but left in the current window with Rose joining the Hornets on a free transfer and Sissoko making his move in the last week.

It was a real homecoming for Rose, who excelled at Spurs prior to his public falling out with the chairman Daniel Levy and former manager Mourinho on the Amazon Prime documentary All or Nothing.

Although Sissoko has only just left the club, one of the match highlights has to be the accidental kicking the ball at his former manager Nuno. What could have been malicious, appeared to be an accident, with the French midfielder apologising straight away.

As the full-time whistle blew, Spurs flew to the top of the table, with their counterparts sitting comfortably in the middle of the table.

Next time out, Spurs travel down the road to Crystal Palace and Watford host Wolverhampton Wanderers, both sides will be wanting to get back off to winning ways as they continue their build at the start of the season. 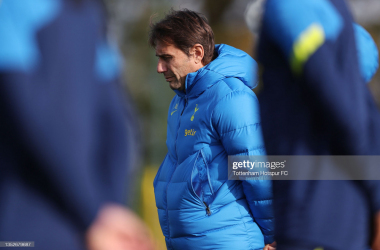