Stoke City lost their first game of the season 2-0 away to Millwall, conceding two goals from corners to centre-half Charlie Cresswell.

Blackpool began their season brightly with a 1-0 win at home to Reading courtesy of an early Callum Connolly goal.

Last season's fixture between these two in North Staffordshire saw Josh Bowler nick the three points for the visitors with a brilliant solo strike in the 86th minute.

Ben Wilmot picked up a groin injury in the loss last weekend, but Michael O'Neill has confirmed that he is available for the visit of Blackpool after training on Thursday and Friday.

Michael Appleton is contending with a number of injuries to his first team squad, with nine players sidelined going into this game.

Keshi Anderson is the most high-profile of those in treatment room after he picked up an MCL injury the day before Blackpool's season opener last week - ruling him out for up to two months, according to Appleton.

New signing Charlie Patino is likely to make his debut after arriving on a season-long loan from Arsenal this week.

Smallbone has played just 20 professional games for parent club Southampton over the last three seasons, and is looking to kickstart his career at Stoke this season under Michael O'Neill after an unfortunate ACL injury in 2021.

The 22-year-old is a box-to-box type midfielder but is likely to play further up the pitch for the Potters in the absence of Nick Powell. Along with a handful of Premier League cameos, his talents have been displayed on the international stage with three goals in six games for Ireland u21's.

Bowler enjoyed a breakthrough season in 2021/22, after joining Blackpool from Everton on a free transfer last summer. The 22-year-old winger failed to make an impression at Hull City in the 2019/20 season, scoring just one goal in 31 games.

A very tricky customer for full-backs, Bowler netted seven goals and picked up three assists last campaign. Stoke's defence will have to be on high alert with him around on Saturday.

The game is being held at the bet365 Stadium in Stoke-on-Trent, Staffordshire.

The game will not be televised in the United Kingdom and Ireland, but is available for purchase on iFollow for fans overseas. 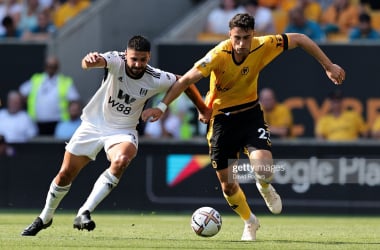 Huddersfield Town vs Stoke City: Championship Preview, Round 3, 2022 2 days ago