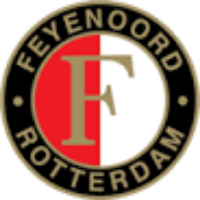 Manchester United played host to Dutch side Feyenoord in a must win game for the Red Devils and they didn't just win, they did it in style as well, an emphatic 4-0 scoreline sent the United fans home happy with the performance as well as the result.

The first half was a mixed one, with United dominating for most part, but the away side threatening to take the lead on two occasions, but Sergio Romero answered when called upon with some really good saves. Wayne Rooney broke the goalscoring record for United in UEFA competitions when he opened the scoring, which was a result of a good link-up with Zlatan Ibrahimovic behind him.

The second half was all United as Feyenoord sat back and got away on the counter on a few occasions, but United's defence kept their cleansheet well with Phil Jones putting in a solid shift at the back. The rest of the goals came from Juan Mata, an own goal from Brad Jones and the cherry on the cake from substitute Jesse Lingard as he sealed a comfortable 4-0 victory for the Red Devils.

Let's take a look at the player ratings for the game.

Sergio Romero (9/10): The Argentinian didn't have much to do other than making the two incredible saves in the first half, he had a comfortable outing and more importantly showed his manager that he can be trusted to deliver when called upon.

Antonio Valencia (8/10): Valencia had a relatively quieter game, didn't provide as many crosses as he would've liked and was caught out by Eljero Elia on one occasion, later defended the right flank well for the rest of the game.

Phil Jones (9/10): Jones had a very solid game alongside the calm Daley Blind in defence. Intercepting long balls, breaking up play, pressurising the Feyenoord attackers, it looks as though he is slowly getting back to his best for United.

Daley Blind (9/10): Another impressive outing from Blind at centre-half, dictating the play from the back and thwarting the Feyenoord attackers with his intelligent tackling and positional sense. Handled the physical threat of Jorgensen well.

Luke Shaw (7/10): It was certainly not the very best of games for Shaw, he didn't provide much support down the left hand side and his defensive errors were papered over by Paul Pogba. Seems as though the youngster is lacking a bit of confidence, was the quietest player on the pitch for United.

Michael Carrick (9/10): Michael Carrick had another silent yet excellent game. He recycled the ball well and was the shield in front of back four for United and his partnership with Pogba in central midfield seems to keep getting better and better.

Paul Pogba (9.5/10): Pogba put in the sort of performance that exactly showed why he is so highly rated. His work-rate at both ends of the pitch was really good.Linking up with the defence, running at the Feyenoord defence and looking more like the world class player everyone knows he is, tested Brad Jones on a few occasions with some great shots and had a very good game overall.

Henrikh Mkhitaryan (9.5/10): Henrikh Mkhitaryan showed his strength's in the game and showed exactly what he can do, when is allowed to express himself. He was all over the final third of the pitch, on the flanks, through the middle, playing some great one-two's with his teammates. His performance wil have surely encouraged Jose Mourinho to start him more often to see the very best of his abilities. Deservedly won the Man of the Match acclaim.

Wayne Rooney (9/10): It was a game where Rooney had to do well, and he did. His performance was the perfect response to all the criticism he's had to face this week. His movement was sharp, he linked up ever so well with Mata and Mkhitaryan and showed his good understanding with Zlatan as the duo played a vital role in two of the four goals United scored.

Zlatan Ibrahimovic (8/10): The Swede had a disappointing game in terms of finishing his own chances and would have liked to get on the scoresheet, he had the chances but wasn't clinical when the moment came. He did well to link with his midfielders and held up the ball well to bring others in around him.

Jesse Lingard (8/10): Came on after United had made the game a comfortable situation for themselves and displayed a few neat touches and his usually good work rate. Took the fourth goal delightfully well as he was allowed the time and space and he made the Feyenoord defence pay with his second goal in three Europa League games this season.

Marcus Rashford (8/10): Similar to Lingard, came off for Mata after the Spaniard had sealed the two-goal cushion and his pace caused the Feyenoord defence a lot of problems down the wings. It was his run that setup big man Zlatan for his goal, another encouraging performance from the youth star of United.

Memphis Depay (7/10): Depay couldn't make as much of an impact as his fellow substitutes did and had a relatively quiet cameo when he came off the bench.

Now that the momentum is there, Jose Mourinho will be hoping his team can carry this same form when they face The Hammers, West Ham this weekend in the premier league.

From friends to foes: The connection between Ole Gunnar Solskjaer and Stale Solbakken2 hours ago

Manchester United vs FC Copenhagen Preview: How to watch, kick off time, predicted line-ups, ones to watch, Varela and the managers relationship3 hours ago

Manchester United's Europa League run in: The quarter-finals3 days ago

Solskjaer: 'Next step for this team is winning a trophy'5 days ago