As Grimsby Town and Dagenham jostled with fellow early pace-setters Chesterfield for prominence during the season's infancy period, neither would have imagined spending the vast majority of the next few months outside the play-offs altogether.

However, when they lock horns at Blundell Park this weekend, they do so knowing that a victory will categorically reclaim that long-sought top seven place regardless of events elsewhere due to Boreham Wood not having a game.

It's another high-stakes clash for the Mariners after Tuesday's defeat to Solihull Moors, which came on the same night that the Daggers racked up their third consecutive away triumph without conceding, indicating that the mood within both camps will be very different ahead of this crucially important meeting.

Just a point and single place separates the sides in the table so it's not wholly surprising that their form over the last seven games is identical: four wins, a solitary draw and two losses.

However, reduce the parameters to this month only and Grimsby look quite ordinary, although have no doubt been strengthened by the astute acquisition of midfielder Gavan Holohan from Hartlepool United.

That they've only accumulated one point from a possible six in the previous week against Boreham Wood then Solihull Moors is a concerning omen ahead of playing comparable opposition. 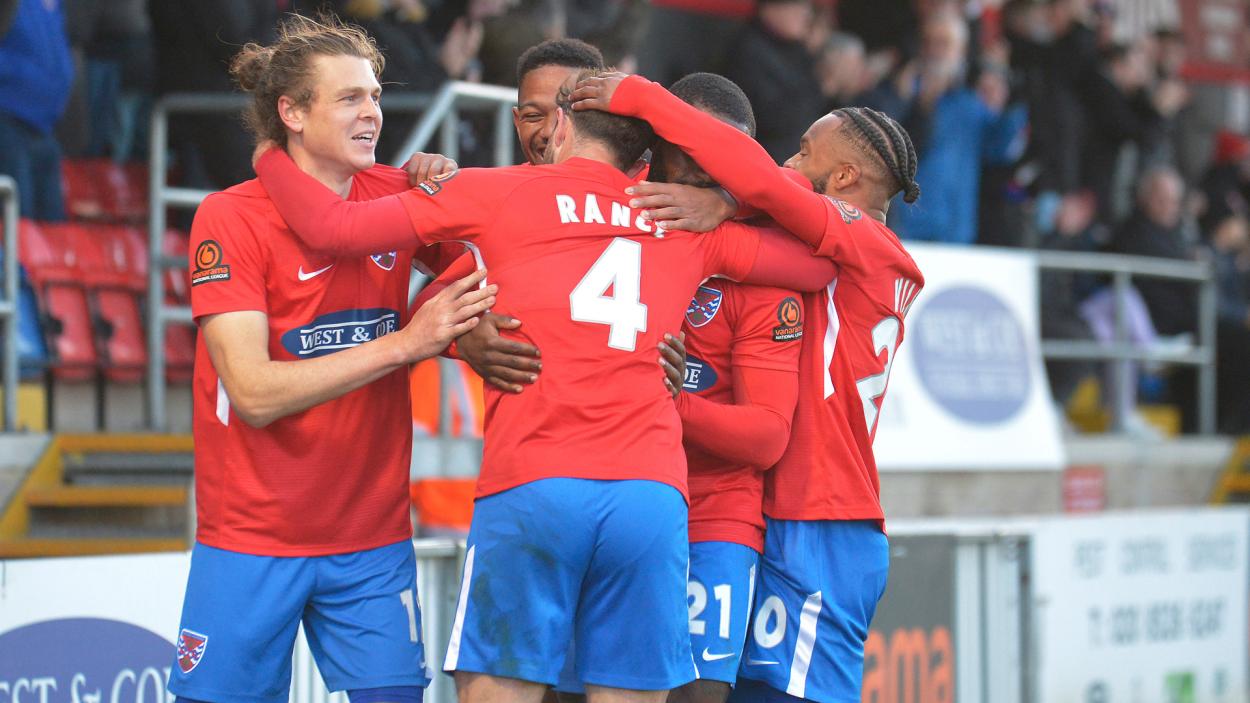 Meanwhile, only those within the top four possess a better away record than the Daggers, who've been victorious in each of their previous three trips to Yeovil Town, Southend United and most recently Eastleigh respectively.

However, they've notoriously struggled against teams around them, such as last week's home game against Notts County in which they were edged out 2-1.

He's obviously ineligible for this weekend but another signing, Jordan Cropper, will likely make his debut in place of the injured Michee Efete, whose absence will span around a fortnight according to the Grimsby Telegraph. Jordan Maguire-Drew is back after a period on the sidelines.

Almost half of Paul McCallum's thirteen goals this season have come in the past month, including Tuesday's winner at his former side Eastleigh, and he'll be the man afforded most attention of a Grimsby defence that interestingly conceded twice to a similarly talismanic targetman in Kyle Hudlin during midweek.

For Grimsby, Jordan Maguire-Drew could well make the difference against the side he excelled at on loan several years ago. He'll be looking to recapture the form exhibited before his recent injury, which featured three goals from four games.

Back in early December, Dagenham inflicted a sixth successive loss on Grimsby outfit in absolute freefall at the time. The game was level at half time after Dean Rance's opener was cancelled out by John McAtee, but Ángelo Balanta and Ibby Akanbi put the hosts in control. McAtee then saw red however Sam Bell still made things interesting by reducing the deficit to 3-2, which was how it ended.

That was their first league meeting since 2008, however there was an FA Cup first round clash last season whereby the Daggers caused a minor upset against their then Football League visitors, winning 3-1 courtesy of Scott Wilson's brace alongside a Mitch Brundle penalty.

Besides being inside Blundell Park, the closest anyone can get to the action is through commentary provided by BBC Radio Humberside.

"Giving their all": Eddie Howe's post-Burnley quotes 20 hours ago

'We will use disappointment as motivation for European final,' says Klopp 18 hours ago

"It stays with you": Mike Jackson's post-Newcastle quotes 20 hours ago

Liverpool 3-1 Wolves: Liverpool fall short of title despite Wolves win a day ago

Burnley 1-2 Newcastle: Wilson double relegates Burnley to the Championship a day ago