Tottenham Hotspur continue to push for a top four finish as they travel to Leeds United this weekend.

Leeds have had a great first season back in the Premier League exceeding everyone’s expectations, compared to Tottenham who have had difficulties pushing for the top four spot and sacking their manager the week of a cup final.

But with Spurs still looking to end the season in the Champions League position, there is more pressure on the visitors this weekend with the hosts having already secured their place in the top division next season.

Both teams will want to end the season on a high heading into the final four games of the season.

Ahead of the game, VAVEL UK look back at the five previous meetings between the two teams in the league.

The last time Leeds hosted the Lilywhites in the league, it ended in a win for the visitors.

With no goals in the first half, the sides went into the break level. However, shortly after the break, Republic of Ireland forward Robbie Keane put the ball in the back of the net.

There was only one goal in the game but it went the way of the visitors, Leeds were relegated that season after 14 consecutive seasons in the top flight. It took 16-years for the club to get back to the top flight.

Leeds came from behind twice to earn themselves a replay in the FA Cup. Peter Crouch put the hosts ahead when he scored the only goal of the first half just before the break.

But, just after the break, the Whites got one back when Jermaine Beckford found the back of the net.

Both sides pushed for the third goal of the game, and it came when Roman Pavlychenko scored 15 minutes before full-time.

Leeds won a penalty in extra time, as Alan Hutton committed a foul, and Beckford was there to win the replay for the visitors from the spot.

In a replay of the FA Cup, Spurs secured a win in West Yorkshire after the late equaliser a few weeks earlier.

The Lilywhites made up for the late goal with a Jermain Defoe hat-trick. Spurs took the lead in the first half, before Luciano Becchio scored just before the break.

Leeds held on for most of the second half, before Defoe scored his second goal of the game with 17 minutes to spare.

Much like the tie a few weeks early, a goal in extra time decided the game. But this time, it was Defoe who completed his hat-trick and gave the visitors the victory they needed to send them to the next round. 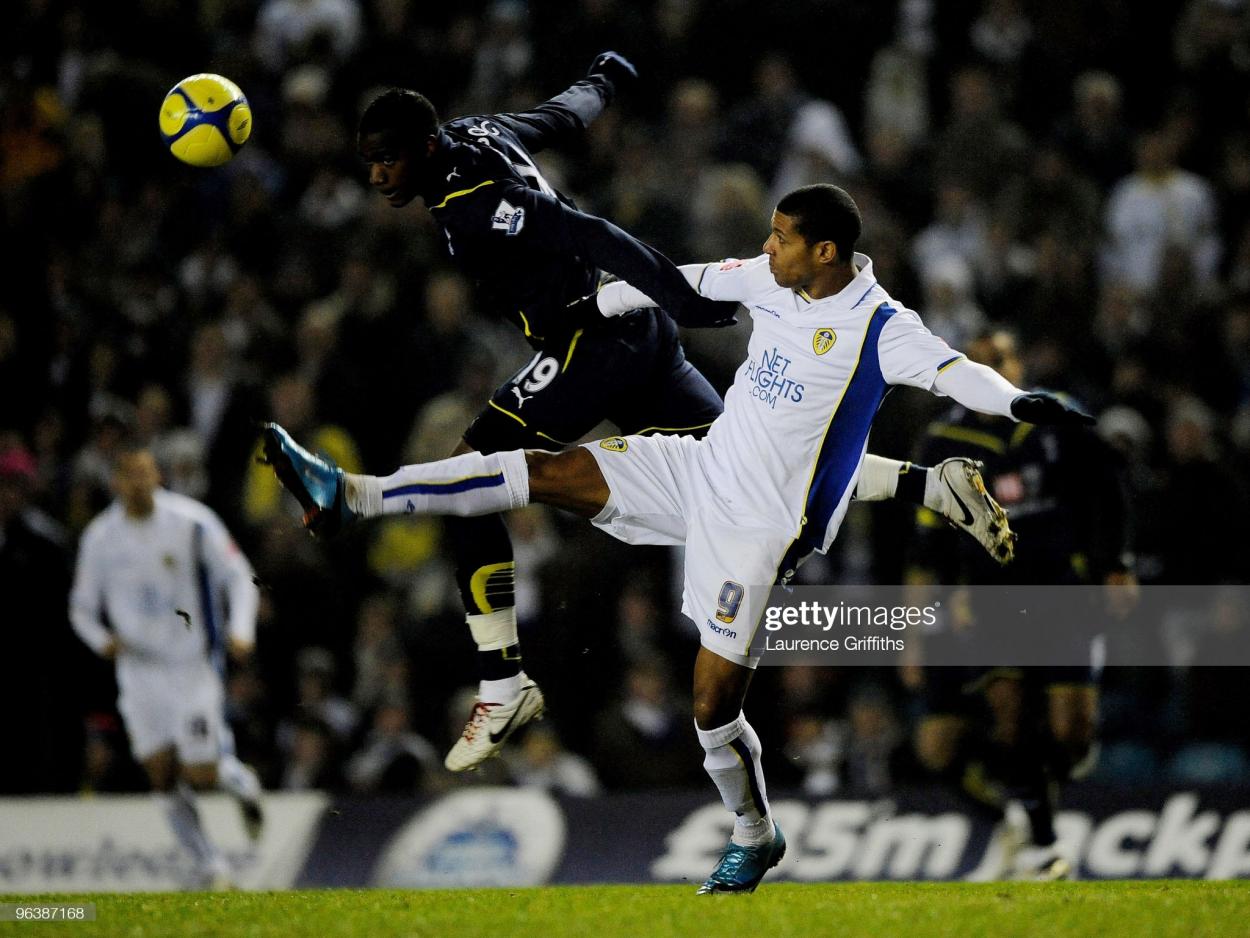 The last time Spurs travelled to Elland Road, the Whites claimed victory in the FA Cup.

Of the squads that played in this game in 2013, only one player is at the same club, with Bale in London on-loan from Real Madrid.

On the day, Luke Varney opened the scoring with a first half goal in the opening 15 minutes, before Ross McCormack doubled the hosts lead just after the break.

Spurs pushed for a goal as they looked to come back and eight minutes after the second goal, Clint Dempsey grabbed a consolation  for the visitors.

But that is all it was for the visitors as they could not find an equaliser and Leeds progressed to the next round.

Spurs hosted Leeds for the first time in the league since 2003, a game that ended in a victory for the hosts.

The first game of the calendar year for both teams went the way of the Lilywhites.

Spurs won a penalty in the first half after Steven Bergwijn was brought down in the box by Ezgjan Alioski, a VAR decision confirmed the penalty and cool, calm and collected, Harry Kane scored with a right footed shot to the centre of the goal.

Just before the break, Son Heung-Min doubled the lead for the hosts with a right footed shot from the centre of the box.

The victory was secured shortly after the break when Toby Alderweireld scored from a Son corner heading the ball into the bottom right corner.

📺 All of the goals from today's win against Leeds!

The Lilywhites have won five of their six games against Leeds in the league and will want to take all three points back to London with them.

Leeds have not lost in their five home games against the ‘big six’ side this season, they will want to hit the home run this weekend, but Spurs will have other ideas.

Tottenham boosted by &pound;150m ENIC investment as they look to back Antonio Conte a month ago

Key Quotes: Conte's press conference before the final day clash against Norwich a month ago

Key Quotes: Conte's press conference ahead of the North London Derby clash on Thursday a month ago

"We need to lift to 150%": Key quotes from Antonio Conte's post-Brentford press conference 2 months ago

"What a player": former Tottenham teammates pay tribute to Jermain Defoe 3 months ago

Manchester United vs Tottenham preview: How to watch, kick-off time, team news, predicted lineups and ones to watch 3 months ago

Key Quotes: Conte's press conference ahead of the Premier League clash with Brentford 2 months ago

"We are talking about a world-class striker": Key quotes from Antonio Conte's post-Everton press conference 4 months ago

Tottenham vs Everton: How to watch, kick-off time, team news, predicted lineups and ones to watch 4 months ago
//