As Manchester City prepare for their game against Newcastle United on Wednesday evening manager Pep Guardiola has called on his players to avoid making individual errors in an attempt to garner further success.

The Blues have an FA Cup semi-final with Arsenal pencilled in for the 18th of July before renewing their Champions League campaign with a round of 16 second-leg tie against Real Madrid in August.

City won the Carabao Cup for a third consecutive year back in March but nine Premier League defeats has seen them deposed as champions of England after back-to-back title wins and unless mistakes are ironed out their trophy cabinet will be staying closed and that elusive Champions League triumph will fester further.

City went into their game at Southampton on Sunday off the back of a 4-0 victory over the newly-crowned champions Liverpool but their erratic form continued and they were punished as Oleksandr Zinchenko was caught dwelling on the ball and Che Adams cleverly chipped the ball over an advanced Ederson for the only goal of the game and his first in a Southampton shirt.

Zinchenko was the culprit on this occasion and Guardiola has insisted these mistakes are stamped out of his team's game:

“We are at the point where we sometimes make mistakes. We have to avoid that. In some games the lack of goals punishes us as a team," he said.

“We are in the semi-finals against Arsenal and have Real Madrid. If we are consistent in both boxes, we have a big opportunity to go through.

“If it is like what happened against Southampton and other games this season, like Tottenham away and Tottenham at home, like Norwich away and games where we dropped points, then we’ll be out.

“Arsenal will be in the final and Madrid will go through. That is the reality we have to accept. " 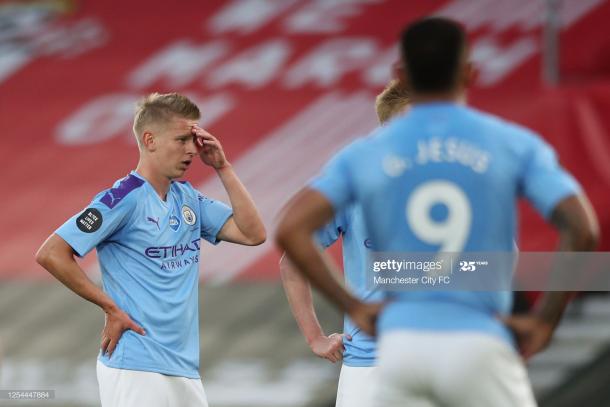 The Citizens have a great opportunity to win their first Champions League trophy this summer with a one-leg blitz between the last eight set to be contested in August but first they must finish the job over Real Madrid after a memorable night in the Bernabeu.

Despite uncertainty surrounding his team's involvement for next season's competition with their ongoing CAS case Guardiola has remained adamant on achieving a top-four place:

"We need to qualify for the Champions League. With five games left we are able to do it. All the games we have been incredible. The performance has been there, even against Southampton. That makes me confident for the last games of the Premier League"

A win over the Magpies would see move to within two points of qualifying for the Champions League, although there is little debate their performances will land them in  a  top-four  spot, will all eyes firmly fixed on  the CAS case.

Olympiakos vs Manchester City Preview: How to Watch, Kick-off Time, Team News, Predicted Lineups &amp;amp; One to Watch 4 days ago

Olympiacos 0 - 1 Manchester City - Foden's first-half strike sends City to the Round of 16&nbsp; 3 days ago

The Warmdown: The points are shared at the Etihad as VAR makes the headlines once again. 18 days ago

Manchester City 1-1 Liverpool - A tale of two penalties as honours are shared at the Etihad. 20 days ago

The Warmdown: City come from behind to beat Porto in Group C a month ago
Restore your password
Please enter your user name or email.
Login Member or Writer Panel
Enjoy your own Customized Newspaperwith VAVEL topics' carousels!