Gareth Ainsworth will be hoping to lead Wycombe Wanderers into the fifth round of the FA Cup for the second time in their history by beating Jose Mourinho's Tottenham Hotspur on Monday evening.

Wycombe beat Preston North End 4-1 to get to this stage, their biggest victory this season in all competitions. The Chairboys are currently bottom of the Championship, ten points adrift of safety.

Meanwhile, Tottenham are currently fifth in the Premier League, looking to win the competition for the first time. Tottenham progressed through to the fourth round by beating eighth tier Marine 0-5.

Wycombe have no fresh injury concerns ahead of the game, after not playing for 16 days.

Mourinho confirmed in his pre-match press conference that Giovani Lo Celso is still a few weeks away from returning, so he will miss out.

Dele Alli has picked up an atendon injury so will also miss out, while Serge Aurier and Matt Doherty are also unavailable.

With Wycombe's most assists this season, the 34-year-old has been crucial this season in creating goals, carrying on the same form from last season, where he amassed 11 goals and three asiist as they were promoted from League One.

The striker is highly likely to be given another chance as Mourinho will want to give Harry Kane a rest, and when he has been given that chance he has taken it, scoring a hat-trick against Marine and three goals and three assists in the Europa League this season.

These two sides have only met once before and it was in this competition four years ago, in a thrilling encounter in which Tottenham came back from 2-3 down to win 4-3, with Son Hueng-min scoring a 97th-minute winner for the Premier League side.

The Warmdown : Aubameyang leads comeback as Arsenal progress to the last 16 3 hours ago

The Warmdown: Vocal Henderson commands Manchester United into Europa League Round of 16 18 hours ago 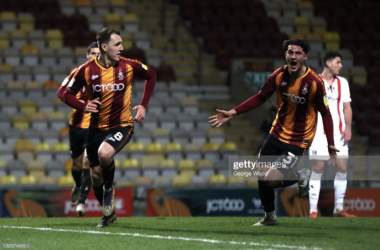 Walsall vs Bradford City preview: How to watch, kick-off time, team news, predicted lineups and ones to watch 5 hours ago

Europa League success: A springboard for Manchester United 19 hours ago