Despite the narrow score-line, Watford were comprehensively beaten away at Elland Road in what goalkeeper Ben Foster dubbed 'a 1-0 battering'.

It appeared as though Watford were completely ill-prepared for this fixture. Leeds are infamous for their high-intensity, pressing style and yet Watford were taken completely by surprise.

The Hornets were on the back foot for the entirety of the game, unable to fashion any real chance of note, whilst Leeds could have scored 3 or 4 in the first half alone.

There were countless occasions wherein Leeds' press proved successful and they enjoyed the freedom of the Watford half for much of the game. Leeds' intensity and work rate was highlighted even further through the juxtaposition provided by the Watford players, and their own absence of intensity.

It was an afternoon similar to that of Quique Sanchez Flores' last fixture in charge of the Hornets (during his second stint), wherein there existed a large feeling of discontent and a lack of unity on the pitch, in the stands, and echoing throughout the club.

The performance contributed to the following day's departure of manager Xisco Muñoz.

There was reason for concern even before a ball was kicked as Peter Etebo was announced to be out for between four and five months during the week with a torn quad muscle.

Throughout the game, this situation only worsened as Josh King limped off just before the close of the first half with what looked to be potentially a relatively serious knee injury.

In addition, Francisco Sierralta looked to have pulled a hamstring as he was also forced off just at around the 70th-minute mark

Whilst many non-Watford Premier League fans may be perplexed at Watford's subsequent managerial change, (whilst sitting in 15th with 7 points from 7 fixtures), it came of little surprise to many of the Vicarage Road faithful. It was another poor showing for the Hornets, reminiscent of the previous weeks showing at home to Newcastle.

In just seven league fixtures it was already the fourth occasion on which the primary cause of defeat (or in the case of the Newcastle game- a draw) can be attributed to being out-coached.

Even if the Hornets had their goal allowed, it would have served only to sugarcoat what was another poor performance. When looking at the long term picture, it is important to focus on performances rather than just results. The 'downward trend' cited by the club's hierarchy in the announcement of Xisco Muñoz's exit was clear to see and it is evident that the senior management of the club are going for a more proactive approach, making the change now rather than before results slip to consistently match the performances.

With Claudio Ranieri appointed to replace Muñoz in the Hornet's hot seat, Watford fans – and neutrals alike – are already looking forward to seeing what the experienced manager will bring to the Hornets.

Whilst many may view his results at Fulham with concern and be wary of this stint, he has since been successful within Italian football and has already famously shown that he is more than capable of operating at the Premier League level after winning the league with Leicester in 2016. Watford will be dreaming of more of the same. 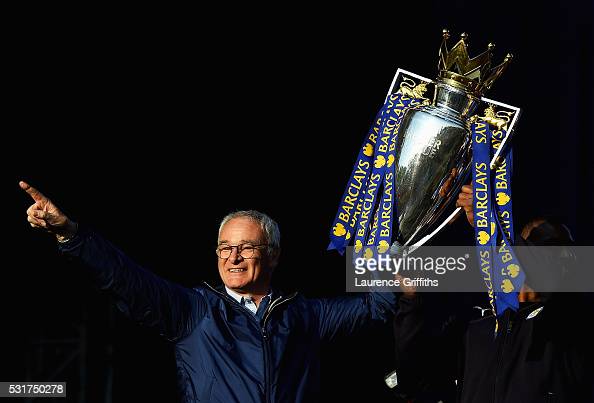 There is more cause for optimism. Watford possess a squad that should be much more suited to his style of play than he had at Fulham.

Renowned for being defensively sound, there is hope that he can restore the defensive structure to that of last season's promotion campaign, wherein Watford boasted the (joint) best defence in championship history. If he can do so whilst building on the counter-attacking threat seen already this year it could definitely prove to be a successful appointment.

Upon return to action in the premier league after the international break, it will be a baptism of fire for the new Head Coach, as the Hornets host all four of the current top four, alongside difficult trips to Everton, Arsenal and Leicester all within his first eight fixtures.

The Hornets will be hoping to experience a 'new manager bounce' if they are to pick up points within this period, and avoid slipping further down the table.

"They need a lot of tender love and care": Key quotes from Roy Hodgson after relegation with Watford 19 days ago

&quot;I don&#39;t have an answer&quot;: Key quotes from Roy Hodgson after Watford defeat 2 months ago

The Warm Down: Leeds United defeat Watford in crucial relegation clash 2 months ago

Watford 0-3 Leeds United: Hornets architects of their own downfall in defeat 2 months ago

Watford v Arsenal preview: How to watch, kick off time, predicted lineups and ones to watch 3 months ago

Opinion: Three games into his Watford tenure, Hodgson should be doing his talking on the pitch 3 months ago

"Criticise us for being too gung-ho": Hodgson frustrated at nature of Watford's defeat to Brighton 3 months ago