Wolves travelled to Hertfordshire's Vicarage Road and overcame the hosts thanks to a disastrous Sierralta own goal and a debut strike for Hwang Hee-chan.

Despite some moments of excitement coming through Ismaila Sarr's right-hand flank, the overarching issue for the Hornets was their lack of creative output.

The hard-working midfield trio of Etebo, Kucka and Sissoko seems to lack dynamic output and whilst individually they may impress it is clear as a unit the lack of creativity is damaging. Sissoko did show signs of creativity however, as he combined well in a trio including Sarr and stand-out performer of the day Jeremy Ngakia.

The lack of influence from the previously in form Emmanuel Dennis also harmed the Hornets drastically, with little impact noted off the left flank. The exciting Cucho Hernàndez also failed to register a real impression when given 40 minutes off the bench. The mere two key passes recorded by the entirety of the Hornet's players summarises the issue.

New arrival Ozan Tufan may offer some respite in that area whilst the returning João Pedro could be utilised in a deeper role in order to aid this issue. The creative output offered by last season's player of the season candidate Kiko Femenía upon his return to the right-back role could also be pivotal if Watford are to reverse their fortunes going forward.

Whilst the team selection was ideal, there was a widespread sense that manager Xisco Muñoz was at fault for the Hornet's slip in standards for the game's final 35 minutes.

He has come under rightful criticism for his decision to substitute striker Josh King in just the 52nd minute of the game, which led to a loss in control and failure to maintain possession. King may not have been at his best yet he repeatedly offered an outlet under the Wolves press. Upon his withdrawal, it was left to Emmanuel Dennis and Cucho Hernàndez who both stand at 5 foot 7 and are thus not the most effective of long ball outlets.

It had felt inevitable that Wolves would pounce on the Hornet's slip in standards and Xisco's failure to find a solution was catastrophic. This was worryingly the second time in just four games this season that it has felt like Watford have been out-coached and fallen to defeat as a direct result (alongside the trip to Brighton). 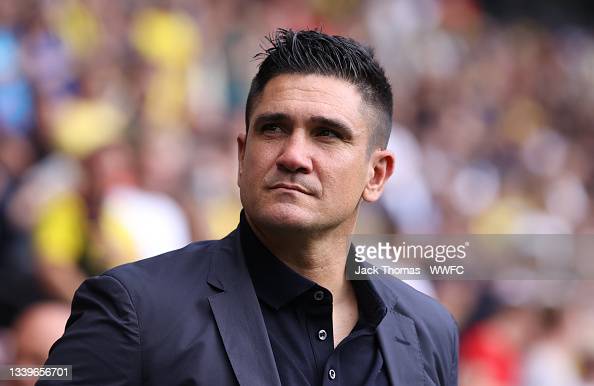 It is a trip to Norwich City next up for Watford, one that could prove to be an early 6-pointer in the division's relegation battle. Norwich will be eyeing it as a winnable game and doing so with the added incentive that they are still yet to pick up a point.

It is a fixture that could define Xisco Muñoz's Watford FC tenure, as it did last season when Watford all but secured their Premier League status for the 2021/22 season at Carrow Road. It is not out of the realms of possibility that should the Hornets fail to pick up a point Xisco may lose his job.

It is far from overreactive to say that Watford's next 3 fixtures could be season-defining, with a nightmare-inducing run of fixtures to follow the Magpies' visit and the Hornet's trip to Elland Road. This run features all 4 sides earmarked as title contenders, alongside other European contenders.

It is necessary that Watford can repeat performances similar to that of their season-opening win over Aston Villa on a regular basis. The fact that the squad is still relatively fresh raises the possibility that they could be able to blend and improve chemistry both on and off the pitch, leading to improvement.

The performances of full-backs Jeremy Ngakia and Danny Rose also offered promise and the Vicarage Road faithful can look forward to João Pedro's awaited return, one that seems ever more necessary each week.

The "Rehearsal" is over: Key quotes from Bachmann after Man City defeat 2 days ago

The Warm Down: Watford secure dominant win over Manchester United 15 days ago

Solskjær's departure takes the headlines, but that Watford performance was extraordinary 16 days ago

Watford 4-1 Manchester United: From zero to Hero as Sarr lifts Hornets to memorable victory 17 days ago

Opinion: Watford feel hard done by, but they can use that to fuel their improvement 20 days ago

Key quotes from Claudio Ranieri's post-match conference a month ago
//