As Dagenham and King's Lynn Town players both sank to the turf upon the final whistle of a breathless clash fraught with controversy, it encapsulated the gut-wrenching disappointment of a mutually disadvantageous draw that virtually ends each side's respective season hopes, barring mathematical improbability.

Dagenham's long-overdue stoppage time equaliser, excellently dispatched by Paul McCallum in a rare act of composure, will almost certainly not be enough to extend their play-off push yet nonetheless all but condemns Lynn to relegation as they consequently need to overhaul a seven point gap in just three games.

They had been so close to hanging on for a ferociously-fought victory after taking an earlier lead through Southend loanee Josh Coulson's looping far-post header, but ultimately succumbed to the overwhelming pressure provided by the Daggers during a thoroughly dominant second half.

The widespread tension was palpable during the opening stages but it was the visiting Linnets who navigated it better as they created several early opportunities, the first coming when Michael Clunan burst into the box before drilling into the side netting.

Dagenham were miles away from the intensity displayed on the Easter weekend, partially due to the notable absence of influential players Callum Reynolds and Myles Weston. Turgid in possession, they struggled to construct a clear-cut opportunity despite the defensive shortcomings of their opponents.

It was somewhat inevitable, therefore, when King's Lynn took the lead following a spate of corner kicks initially triggered by Matt Robinson calamitously hooking towards his own goal. Elliot Justham tipped over to spare his teammate's blushes on that occasion but was powerless as Josh Coulson looped a far-post header into the far corner.

The hosts' response was initially very minimal, consisting of a few overhit crosses before finally a promising free-kick opportunity presented itself for Will Wright on the edge of the area. Symbolic of his side's below-par performance, the defender could only thud into the wall.

Indeed, they only managed a solitary effort on target before the interval, courtesy of Wright's pile-driver from distance which was never likely to pose much danger. Thus brought an end to a first period King's Lynn would have been immensely satisfied with.

However, they would be limited to increasingly rare counter-attacks thereafter by a Dagenham side that began to dominate. Just moments after the restart, Coulson just nipped in to clear the ball away from an ominously lurking McCallum, setting the tone for what would be an extraordinarily infuriating half from their perspective.

In-form Junior Morias, desperate to impress against his former employers, saw an intelligently-fashioned effort blocked inside a cramped area before Matt Robinson opted for the more speculative route by flashing wide from distance. 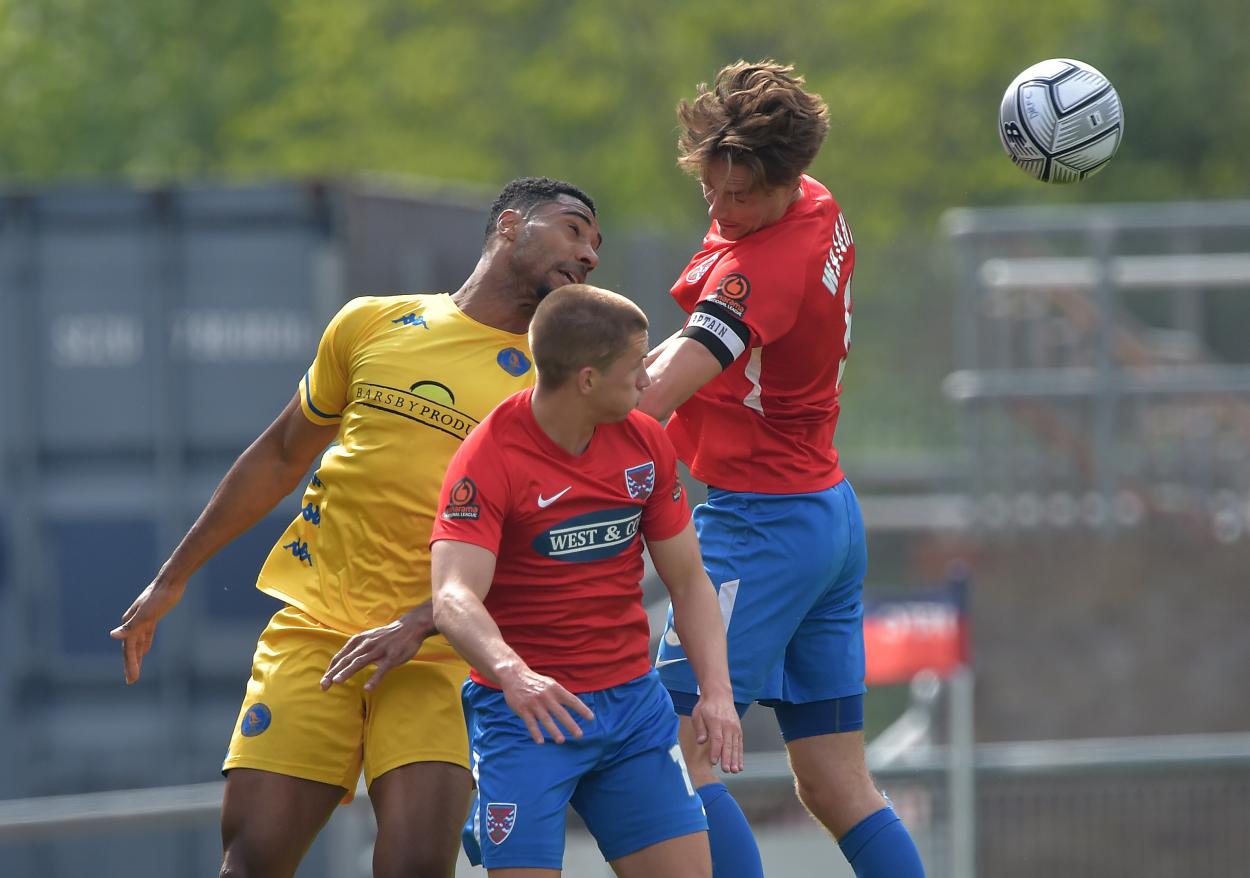 Against the run of play then came the first hugely contentious refereeing decision, with Gold Omotayo pinching possession off a dawdling Manny Onariase before appearing to be dragged down while bearing on goal.

This certainly constituted a letoff for the hosts, who were now battling the clock as well as a stubborn Linnets outfit fuelled by extreme motivation. When Morias was somehow denied on 70 minutes and the rebound agonisingly evaded McCallum, it looked like it simply wasn't going to be their day.

That feeling must have intensified to excruciating levels around the 75th minute, at which point the Daggers inexplicably missed two huge chances. Substitute Josh Walker was influential by playing two killer passes across goal, the first inches away from finding Morias before another set up Robinson for a point-blank strike that went wide.

Just as all seemed lost, though, the elusive goal finally arrived on 87 minutes, or so they thought. McCallum's quick-thinking long throw put Morias through and the striker unselfishly squared for Walker to prod home.

1-1, except it actually wasn't because the officials decided to disallow the goal so play could be pulled back for an attacking free-kick instead, despite none of them pinpointing any infringements while the move was unfolding. Utter bemusement circulated around Victoria Road, with nobody really knowing what was going on.

This lengthy delay contributed to the eventual tally of eight added minutes, and it was deep into this period that the Daggers finally did grab a point. Josh Hare peeled off his marker to head a long ball towards McCallum, who burst beyond Coulson before cutting inside to clinically fire home.

There was still time for Hare to rifle into the side netting before the final whistle reverberated around the ground, duly proceeded by the simultaneous sinking of every yellow shirt to the turf in sheer devastation.

As alluded to above, this result virtually signifies the end of both team's ambitions. With just four games left, the Daggers are likely to be consigned to another season in the fifth tier but the same can't be said for Lynn, who will almost certainly be relegated within the next week.

They host Eastleigh then travel to Woking in the upcoming Bank Holiday double-header, while Dagenham head to Wealdstone before hosting Torquay United.

The Warm Down: Newcastle sign off to Geordie faithful in style 26 minutes ago

The Warmdown: Newcastle put a dagger through Arsenal hearts 8 hours ago

Would Carlos Carvalhal be a good appointment for Blackburn Rovers? 13 hours ago

5 Free Agents Bradford City should consider a day ago

Huddersfield Town vs Luton Town preview: How to watch, team news, predicted lineups, kick-off time and ones to watch a day ago
//