The Wood's unceremonious descent from automatic promotion contenders to potentially missing out altogether has come directly since their famous FA Cup night at Everton, a euphoric high ironically preceding a continual flow of low moments since, yet it doesn't discredit how outstanding they've been for the most part.

However, this will be the first of three games in hand for them so they're in a far better position than the Daggers despite being only a place infront prior to kick-off. Daryl McMahon's side have wasted countless opportunities to properly reinvigorate their season in recent weeks and there is now zero margin for error.

Dagenham have won four of their past six games without conceding, namely against Maidenhead, Southend, Yeovil and Eastleigh, though that doesn't really tell the full story because interspersed within have been significantly damaging defeats to Notts County and Grimsby Town that have left their hopes in severe jeopardy.

It continued a trend whereby they've constantly fallen short against teams directly around them, a worrying trend for them ahead of a high-stakes fixture.

Something has to give, therefore, given that Boreham Wood are winless in six and haven't scored in the last four of those, which includes defeats to Barnet, Notts County and most recently Woking.  Infact, they've lost more times this month than all of the rest combined. 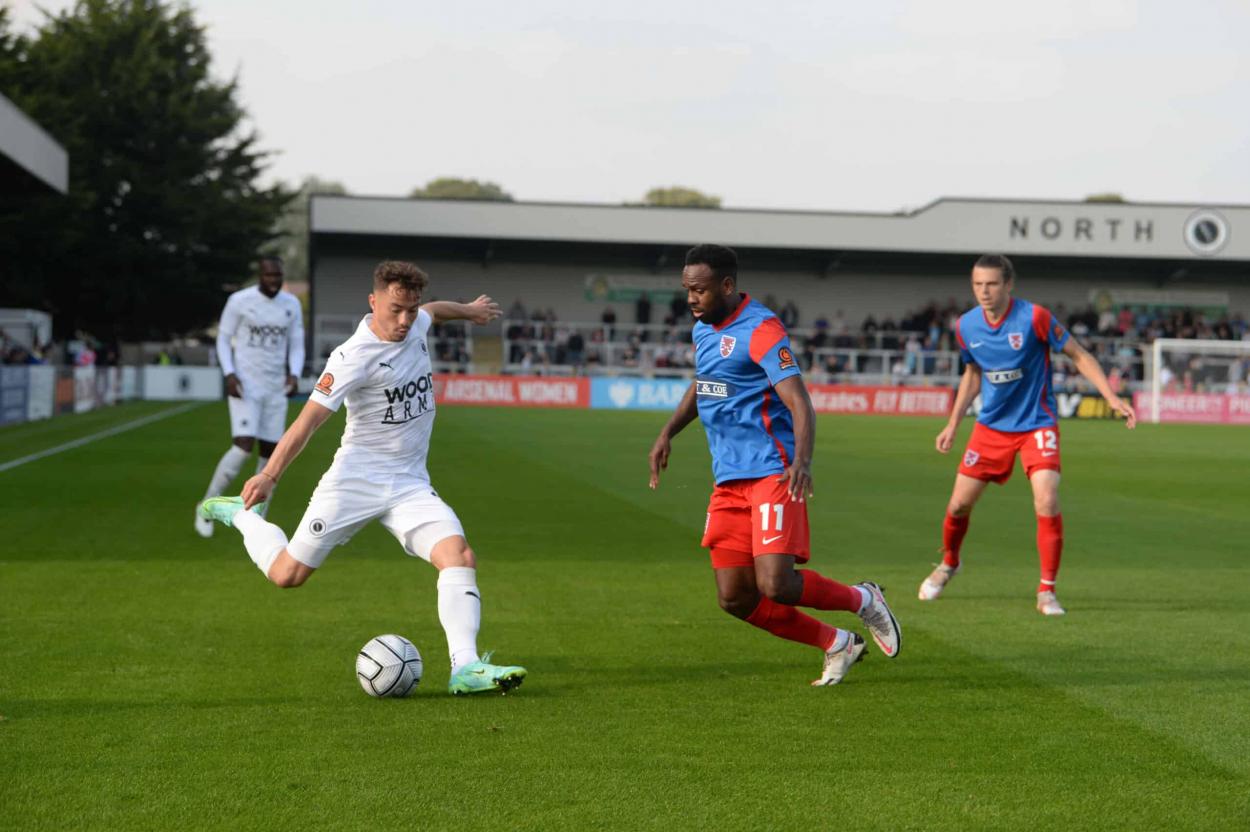 The hosts will be without their captain Ángelo Balanta, who sustained a recurrence of his hamstring injury during their 2-1 loss at Grimsby Town. George Saunders remains out too, but otherwise it's a full squad to choose from.

In the opposite camp, Luke Garrard is hopeful of having midfielder Mark Ricketts back available following several weeks on the sidelines.

Paul McCallum and Junior Morias have forged a fruitful strike partnership for the Daggers over the past couple of months, firing ten goals between them, and Boreham Wood will have to be wary not to give either of them any space in the key areas.

Looking within the visitors' personnel, one name that immediately stands out as dangerous is Josh Rees, a very intelligent number 10 capable of effectively breaking the lines. He underlined the danger he possesses by striking the second goal in the reverse fixture back in October.

There have been some brilliant games between these two since they first crossed paths in 2016/17, no more so than the 4-4 draw at Victoria Road in January 2018 when the Daggers incredibly turned around a three-goal deficit, three months after also forcing an FA Cup 4th Qualifying Round Replay with a pair of stoppage time goals.

The theme of comebacks was also present during Boreham Wood's last venture into RM10, as Ángelo Balanta fired a brilliant brace to salvage a draw. They also triumphed away from home, 1-0, courtesy of Myles Weston's tap-in.

Wood, though, gained revenge by winning this season's earlier meeting 2-0 as Jamal Fyfield and Josh Rees found the net during a thoroughly dominant performance, highlights of which are linked below:

Mick Payne and James Glass usually provide a dedicated commentary service via Mixlr, on behalf of the club, which is the best option for those not personally inside the ground.

The Warm Down: Newcastle sign off to Geordie faithful in style 11 hours ago

The Warmdown: Newcastle put a dagger through Arsenal hearts 18 hours ago

Would Carlos Carvalhal be a good appointment for Blackburn Rovers? a day ago

5 Free Agents Bradford City should consider a day ago

Erik ten Hag: "I had choices to work at a different club, with a better foundation. But I chose Manchester United." a day ago
//