The Easter schedule is enshrined into lower-league footballing folklore as a hectic period during which teams contest a fixture either side of the traditional weekend.

Effectively two Saturday afternoons inside just half a week, it presents a crucial opportunity to generate momentum as the season hurdles towards it's pulsating crescendo.

Dagenham & Redbridge are one such outfit looking to make full use of this Bank Holiday, desperately seeking maximum points which would be absolutely vital towards their quest of making the play-offs.

Visiting them on Good Friday are Barnet, who won the Middlesex Challenge Cup in midweek yet now have little to play for besides pride and contracts.

Barnet venture across the London Underground off the back of winning the aforementioned Middlesex Challenge Cup against Brentford B a few days prior, as Ryan De Havilland struck an equaliser in normal time before then converting the decisive penalty in the ensuing shootout.

Their overall league form has been patchy, though, with three defeats in their last five outings although the most recent two of those came against high-flying duo Wrexham and Solihull Moors.

Dagenham have also struggled against promotion challengers, losing to Notts County and Grimsby Town in recent weeks with a narrow success at Eastleigh embedded inbetween.

However, a draw versus Boreham Wood followed by last Saturday's triumph over Bromley signified a step in the right direction especially as both brought clean sheets. 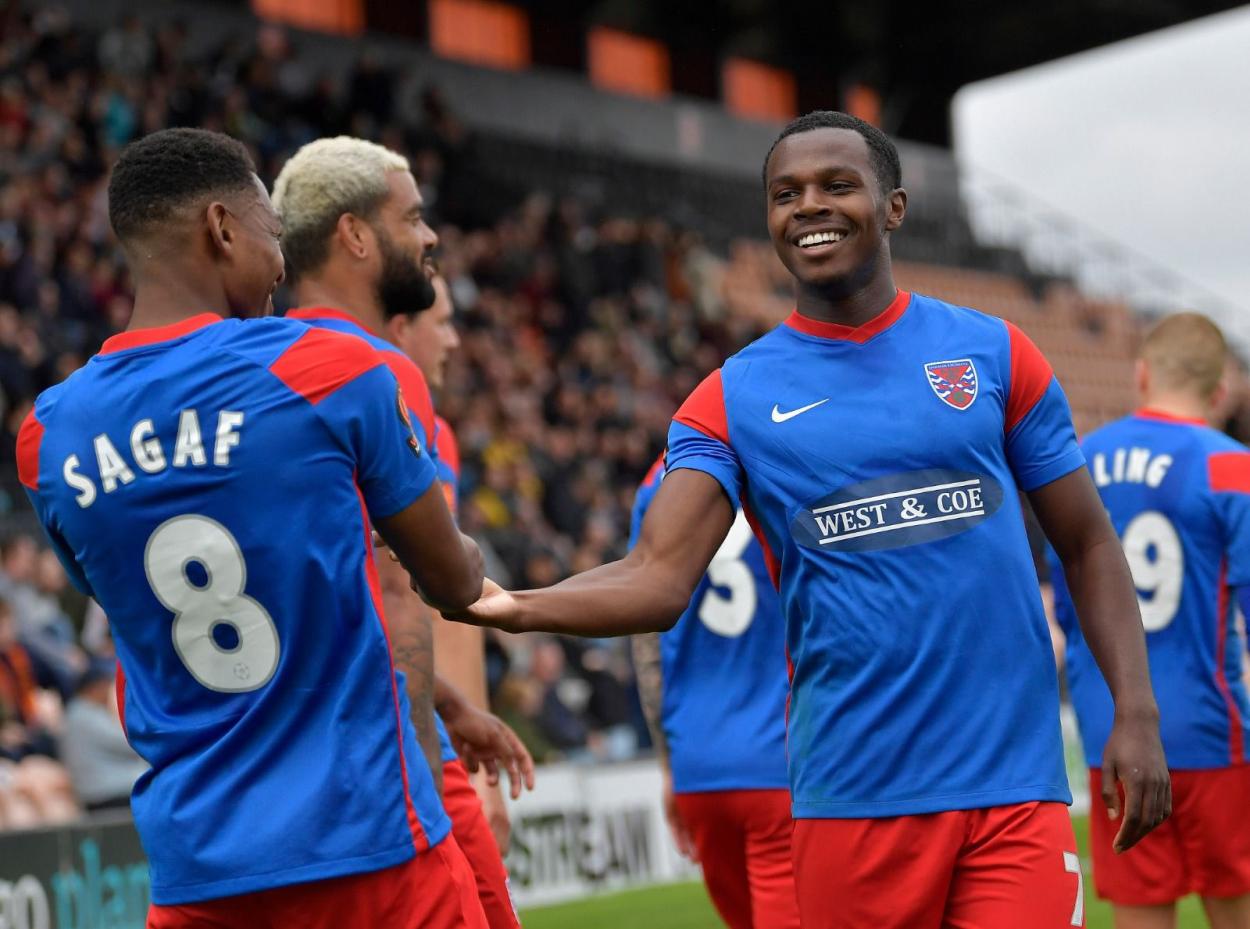 For Dagenham, Dean Rance missed last week's game after being described as 'touch and go' by manager Daryl McMahon beforehand, but should definitely be fit now.

It'll be a long time before the same can be said for either George Saunders and Ángelo Balanta, both ruled out for the remainder of the season.

Joe Widdowson is Barnet's notable long-term absentee and has been for some time. Midfielder Sam Woods should be the only other player categorically sidelined for this trip, although Ephron Mason-Clark did sustain a knock on Tuesday so might not be risked.

Barnet supporters will have extensive first-hand knowledge of the ability within their upcoming opponents' ranks, given that no fewer than five players moved directly from the Hive to Victoria Road.

Those are namely Callum Reynolds, Elliott Johnson, Mauro Vilhete, Paul McCallum (albeit only on loan with the Bees) and Josh Walker - cumulatively racking up 600 appearances while there.

The matter two struck in the reverse fixture and Barnet will be determined to avoid a recurrence of their scenario. However, the hosts' danger extends beyond merely ex-Bees, with Junior Morias in particular also exhibiting excellent form at the minute.

Moving over to the other camp, Barnet can certainly pack a punch too. Their top scorer is Adam Marriott, a typical centre forward boasting a respectable eleven goals so far.

Reece Grego-Cox has also provided another dimension since joining on loan from Crawley Town. Capable of playing anywhere along the frontline, he's registered just under a goal every two games.

There are few opponents Dagenham have faced on a more regular basis than Barnet, and vice versa, due to both having competed at the same level for the vast majority of the last fifteen years.

The meetings proved quite evenly-matched throughout the Football League days, invariably resulting in a home win minus only a few occasions. Infact, Barnet's victory at the relegation-bound Daggers in 2016 was the sole away triumph up until that point.

They also sank unceremoniously into non-league before too long and thus commenced another phase of the rivalry which continues to this very day.

Barnet had the edge until 2021, when the Daggers won twice at the Hive in the space of four months, most recently back in August as Walker and McCallum struck to keep them at the division's summit.

For those not inside Victoria Road who nonetheless want to keep updated, the best option is Dagenham's dedicated Mixlr coverage featuring live commentary from around 2.45pm. There will also be live Twitter updates from both teams' accounts.

Leamington vs Coventry City: How to watch, kick-off time, team news, ones to watch and previous meetings in PreSeason Friendly 2022 a day ago

Mustafa Tasdemir: What the future of the sports agency industry looks like a day ago

Alfie Roberts: Importance of family, the poison of social media, and the greatest job in the world 3 days ago

What will Dan Ballard bring to Burnley? 5 days ago