The three-time European Championship winners are in group E along with Poland, Slovakia and Sweden and will be hoping to make the knockout stages as group winners. Luis Enrique’s squad features plenty of new faces, here are five to look out for.

It was in the summer of 2018 that the Athletic Bilbao goalkeeper got his break. The club’s No.1, Kepa Arrizabalaga had just been sold to Chelsea for a world record fee and the No.2, Iago Herrerin, was out injured. Therefore, the then 21-year-old Unai Simon was recalled from his loan at Elche and given the gloves at the Basque club.

Such was the impression that Simon made, when Herrerin regained fitness the starting place was no longer his and that has been the case since. Simon has been Athletic’s ever-present in goal this season, keeping nine clean sheets in La Liga which has led to him being crowned Enrique’s first choice for the national team.

That may be a surprise given that David De Gea remains in the squad but the Manchester United ‘keeper has suffered due to his lack of playing time for his club. Simon’s handling may not be as good as De Gea’s but his ability to play out from the back and link up with the defence is a key reason for his inclusion.

One of the most promising centre-backs in Europe, Pau Torres has his future at the top-level laid out in front of him. His ascent at Villarreal has been remarkable. He joined the club as a child and played at every level before establishing himself in the first team in the 2019/20 season. This has been the 24-year-old’s breakout campaign, though.

Torres formed a sound partnership with veteran defender Raul Albiol and the pair were the bedrock of Villarreal’s journey to the club’s first ever title success when they defeated United in the Europa League final last month, conceding only nine goals in 14 games along the way.

Naturally left-footed, Torres is elegant on the ball and in this tournament will play to the left of one of the national team newbies: Aymeric Laporte or Eric Garcia. The centre-back has made eight appearances for Spain and quite surprisingly he only played once for the under-21s before getting the call-up. A summer transfer has been touted and impressive performances this summer will only add to the clamour.

The versatile midfielder comes from good footballing stock: his father played for both Atletico Madrid and Real Madrid, he is the great-nephew of the legendary Paco Gento and the grandson of Ramon Grosso, another Real legend. However, the 26-year-old is making a name for himself in his own right now.

Marcos Llorente’s career turned on an evening at Anfield when his brace took Atletico past Liverpool to the quarter-finals of the Champions League in March 2019. For much of his career until then, he had been a defensive midfielder, but Diego Simeone opted to move the right-footed player into a more advanced position from which he has flourished.

He was instrumental in Atletico winning La Liga this season; playing 37 games in which he provided 11 assists and 12 goals. His versatility has been lauded and tapped into by both his club manager, Simeone, and Enrique who will likely deploy him at right-back, which could limit his influence in the Euros.

For all Spain’s possession in recent tournaments, it has been their lack of creativity that has cost them when they exited the 2016 Euros and 2018 World Cup at the last-16 stage. The hope is that Dani Olmo may be their new creative spark - he did manage to score his first international goal three minutes into his debut against Malta in 2019 after all.

A move to Dinamo Zagreb from Barcelona is not the most common path but it is the one that Olmo took and it has worked out well. The former La Masia graduate went on to win four league titles and two player of the seasons in a successful spell in Croatia before transferring to RB Leipzig in Germany.

The 23-year-old has gained confidence and experience playing in the Champions League for Julian Nagelsmann’s team and has been a key figure for Enrique since confirming his allegiance to Spain, scoring twice in the recent World Cup qualifiers. He could prove crucial in Spain’s 4-3-3 formation and bring invention to the forward line.

Another player who has just created history with his club is Mikel Oyarzabal. The 24-year-old captain of Real Sociedad led them to their first trophy since 1987. For the fourth successive season the left-footed attacker has reached double figures for goals, and a €75m release cause has not prevented him from being regularly linked with Manchester City, amongst others.

Oyarzabal and his exceptionally large feet for a 5ft 9inch man (size 13 for those wondering) will likely be positioned on the right side of midfield for Spain’s Euro games and his deliveries into the area will prove a good supply to Alvaro Morata should Enrique start with a recognised No.9.

Despite only being in his mid-twenties, Oyarzabal’s international career spans more than five years; he had just turned 19 when he made his debut in 2016 but had to wait three and a half years for another cap. He’s kept himself busy completing a degree in business administration from the University of Deusto, and captaining Real Sociedad to success.

Cameroon 3-3 Serbia: Indomitable Lions roar back to stun Eagles in instant classic an hour ago

Spain 1-1 Germany: Fullkrug strikes against Spain to give Germany hope a day ago

Three things we learnt from England vs USA 20 hours ago 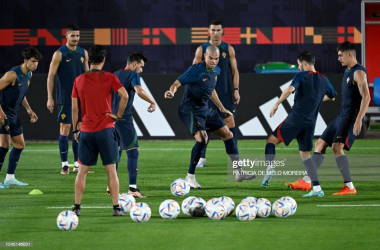 World Cup: Portugal and Uruguay meet in battle of the oldies a day ago 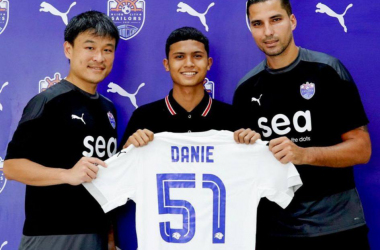 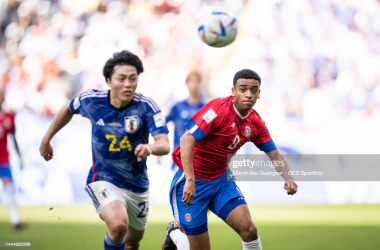