Sporting recorded a rare win over an English side, scoring two stoppage time goals to seal the three points in this Champions League Group D fixture.

Tottenham came into this game still unbeaten in the Premier League and were victorious in their opening Champions League fixture against Marseille, winning 2-0. Despite boasting such an impressive start, Spurs had yet to really impress or blow teams away.

Sporting have had a mixed start to their Portuguese Primeira Liga campaign, losing two and drawing one of their opening six games, leaving them seventh. Like Tottenham, the men from the green half of Lisbon celebrated a win in their first game, dispatching German side Eintracht Frankfurt three-nil.

Ruben Amorim will be pleased with himself, as his substitutions made the difference with Paulinho and then Arthur scoring the all important goals.

Antonio Conte will be worried at how slow and lethargic his team looked, with Son Heung-min’s poor form also continuing. 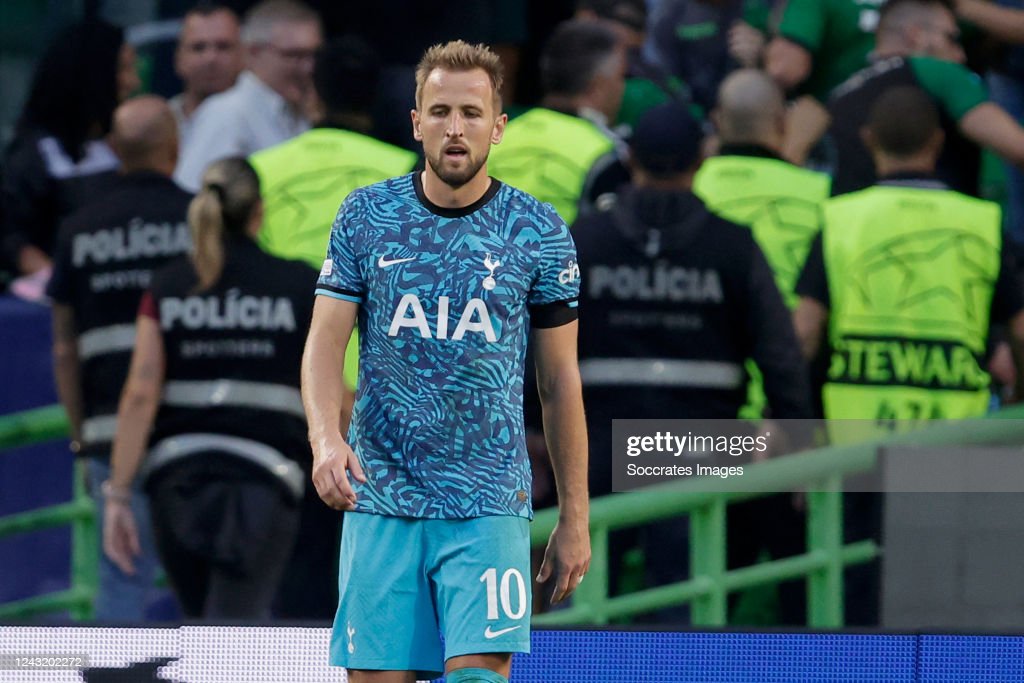 In a very cagey first half Tottenham struggled to break down a well disciplined and organised Sporting defence. For the supporters and people watching at home, the opening 45 was largely forgettable.

In the opening ten minutes Ruben Amorim’s side looked the more threatening with former Spurs player Marcus Edwards creating the first opportunity of the game,  forcing Hugo Lloris into a smart save low to his left.

Sporting moved the ball sharply at times, building from the back, trying to force an opening. The lack of a focal point in attack rather limited their attacking threat when progressing from the midfield up to the forwards.

Harry Kane, Richarlison and Son were rather sluggish at times but they did combine to create a few opportunities.

Richarlison looked the busier of the trio; the former Everton man had a shot blocked after cutting in from the right before heading straight at Antonio Adnan from Ivan Perisic’s cross.

He also continued the theme of getting caught offside regularly, when on 42 minutes, played in by Kane, the summer signing rounded the Sporting keeper to tap in only for the flag to go up and the goal be ruled out.

The standout moment of the half came in stoppage time when Edwards evaded tackle after tackle, before playing a one-two with Francisco Trincao in the box. After receiving the ball back, the Englishman was desperately unlucky to be denied by a brilliant Lloris save. The effort would have been a goal of the tournament contender, even this early.

Conte would have been disappointed in how flat his side looked going in at the break, as Sporting were dealing comfortably with Spurs while having a few dangerous moments of their own.

As expected, probably with their manager's words stinging their ears, Tottenham lifted from their stupor and were intent on getting on the score sheet.

Right back Emerson Royal was in the thick of the action going forward. He had a header clawed away by the keeper, then went close once again when Kane played a quick free kick over the top for him but the attempt was straight at Adnan before rebounding for the Sporting goalie to gather safely.

It was Kane’s turn to test the Sporting resolve next when his shot across goal was pushed out before once again being smothered by the opposition no.1.

With their tails up, Tottenham were pushing for the goal that would put them ahead. Richarlison turned sharply on the edge of the box before dribbling through, worked the ball onto his left but could only curl his effort wide of the post.

It was looking like it was not going to be Tottenham’s evening when Perisic hit an excellent low cross across the area but Kane couldn’t get the all important touch.

The underperforming Heung-Min Son was replaced by Dejan Kulusevski and the Swede instantly made his presence felt, getting a cross in from the left to supply Richalison but his header went well wide.

Pedro Porro went close to scoring a spectacular goal to win the game with time ticking away, as the Lions right back exquisitely controlled a high ball before cutting inside and hitting a left footed curler, but Lloris dived full stretch to direct the shot around the post for a corner.

From the resulting corner, there were wild scenes in the Jose Alvalade Stadium as Paulinho evaded the attentions of Royal to glance in Goncalves corner from the left to put the Portuguese men ahead.

They were not done there though, as substitute Arthur would rub further salt in the wounds, doubling the score. Beginning out on the left, he made Royal look foolish once again, nutmegging the defender after dancing into the box, then coolly slotting the ball beyond Lloris. 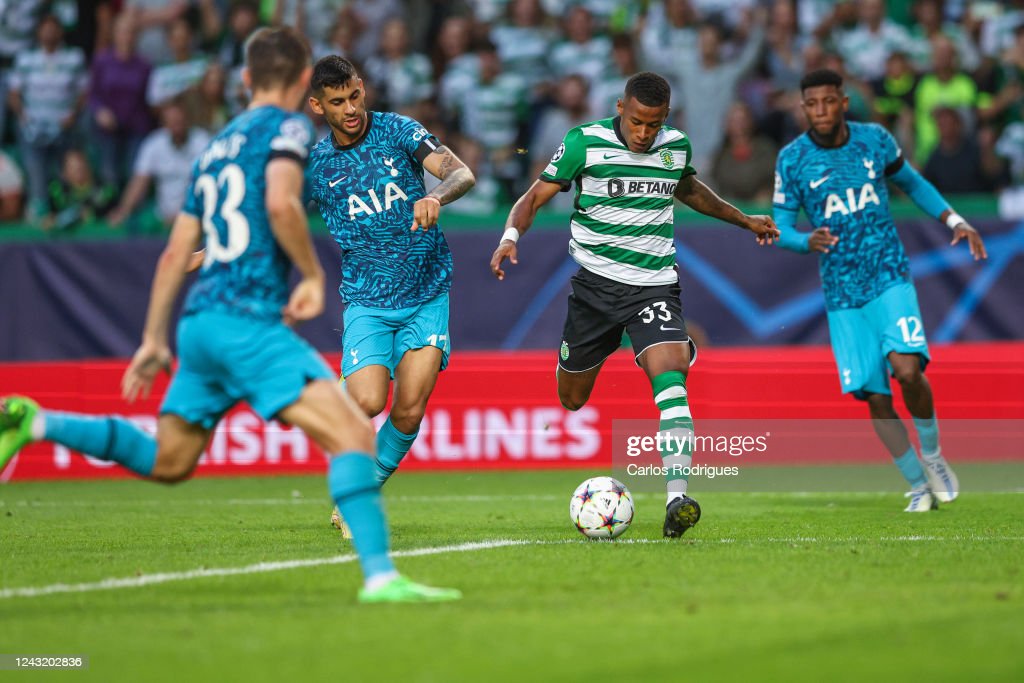 Though they are scoring goals, there is a certain lack of punch about Spurs’ attack and many chances are wasted game after game. That was evident again tonight for the North London side.

Sporting had a gameplan where they were patient with possession, looking to slow things down and create opportunities on the break. In the first half they arguably created the better opportunities, with former Spurs winger Edwards looking the most threatening.

In the end the home side grabbed the victory with two deserved late goals to top the group with two wins from two.

The attention for Conte will turn to Saturday evening’s game with Leicester where he will hope his side can maintain their unbeaten start to the domestic season and bounce back from tonight's disappointing performance.

Moment of the Match

Marcus Edwards’ mazy dribble in the first half, as he tore through the Tottenham team as if they weren't there, played a pass with Trincao but could not quite give the move the finish it deserved.

Since leaving North London in 2019, Edwards has rebuilt his reputation in Portugal working his way up to sign for one of the big three in Sporting in the summer.

Showing glimpses of his talent this evening, a move back to England could be on the cards if he keeps up his impressive form.

Man of the Match - Pedro Goncalves

In a fairly poor game, this was always going to be about key moments. Goncalves had those moments where he showed his class with some excellent link play,  along with Edwards causing Tottenham problems on the break in the first half.

It was from his cross that Paulinho opened the scoring in injury time, setting his side on the way to a rare victory over any English team.

Having started the season superbly, it won’t be surprising if the winger is the next player to depart for one of Europe’s elite next summer.