Two neighbors will face each other for the second time in this Copa America as Argentina take on Paraguay in a rematch of the first group stage for both these nations for a spot in the final in Santiago.

Both these countries qualified for this scenario on a virtue of a penalty shootout after 90 minutes as Argentina, who came into this tournament as favourites look to reach their first Copa America final since 2007 and to win it for the first time since 1993.

Paraguay look to do the same thing four years ago when they reached the final but were trashed 3-0 to Uruguay having drawn all their matches leading up to the final. They will be looking for their first Copa America since 1979.

How Argentina got here

Argentina qualified as group winners having drawn Paraguay in their first match 2-2 despite being up two goals to none at halftime. That match didn't stop their momentum for the next two matches as they defeated defending champions and Rio de la Plata rivals Uruguay with a 1-0 win off a loan goal by Sergio Agüero. They then topped their group with a loan goal by Gonzalo Higuain with a victory against CONCACAF invitee Jamaica.

While only four goals were scored for this Argentina side that is filled with attack caliber, pressure was on Gerardo "Tata" Martino when they took on Colombia, who was one of the best third place teams in the Copa. A nerve wracking 0-0 draw after 90 minutes forced the match into a penalty shootout.

After 14 spot kicks, new Boca Juniors man Carlos Tevez scored the winning to put Argentina into the semifinals and get redemption after his saved penalty knocked Argentina out of the Copa America four years ago on home soil against Uruguay.

Lionel Messi will look another performance to capture that Barcelona spirit he had with the national team. Martino has stated that he knows this Paraguayan side ''very well having coached them in the past and they will not be an easy team to beat as they proved in our first match''.

How Paraguay got here 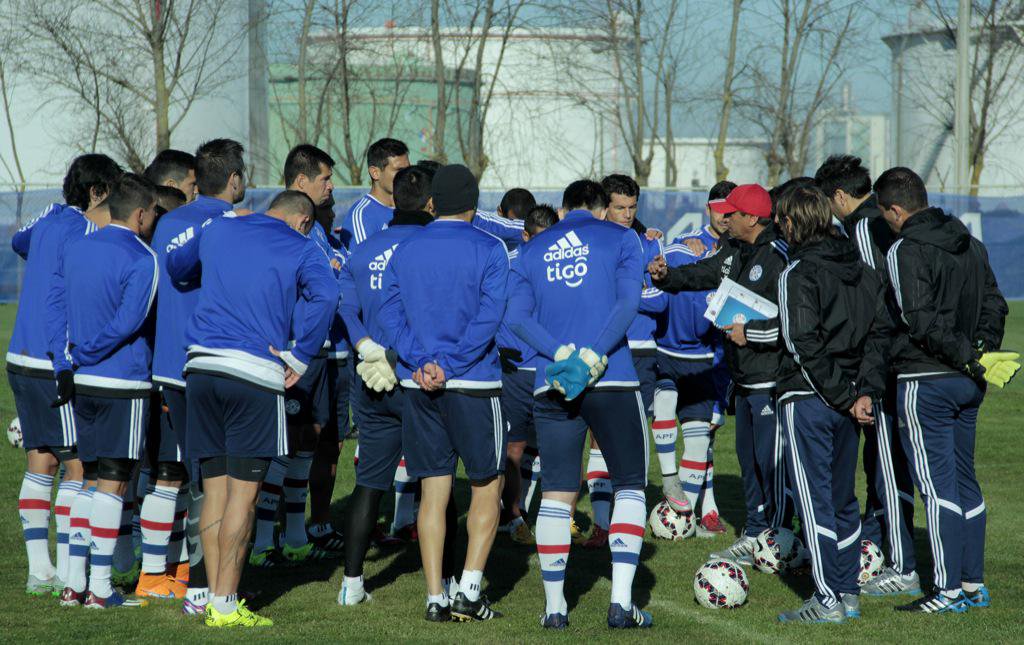 Paraguay went into this tournament with various doubts. Ramon Diaz didn't have any experience previously in Paraguayan football when he was appointed back in December. When he gave out the list of 23 going to Chile, many accused of him of bring various players that have been used in the last decade or so on the national team with very few new names.

However, Diaz had confidence and patience. After going 2-0 down to Argentina, it seemed that it would be another major disappointment that the Paraguayans have been suffering for the last four years.

However, they've shown that no-nonsense Paraguayan warrior spirit that had been known for helping them in the past and from goals by Nelson Haedo Valdez and Lucas Barrios saw them get a huge result to draw the World Cup runners-up in La Serena.

A 1-0 win against Jamaica from a goal by Edgar Benitez saw them get their first Copa America win since 2007 and insured qualification to the knockout stage after Ecuador defeated Mexico. A 1-1 draw against Uruguay secured their unbeaten run as runners-up in Group B going into their quarterfinal match against Brazil.

Against Brazil which was a rematch of their quarterfinal clash four years ago, they dominated the entire match and despite going down 1-0 from a Robinho goal, they brought things level from a penalty by Derlis Gonzalez to force the game into penalties after the match just like Argentina 2011 in which Paraguay were victorious 4-3 after Gonzalez again scored the winner.

However, tragedy struck the Basel midfielder as shortly after the win, his uncle was reportedly dead of a heart attack after he scored the winning penalty. Whatever the case was, surely the midfielder will be motivated to beat their bitter rivals and the entire team will be supporting him to achieve victory. Coach Ramon Diaz has said that ''despite playing against Argentina, Uruguay and Brazil, neither of those sides could win'' and that '' we must have great respect for this team, the players have shown them the fans what they can do.''

For Argentina, despite having had the best of Copa Americas so far, captain Messi will be looking to redeem himself to show the world what he is capable of doing for national team as he has not scored in a knockout stage since 2007 as he looks to be the influential leader to lead Argentina to another final just like he did last summer in Brazil and give continental glory for the first time in 22 years.

As for Paraguay, Derlis Gonzalez will also be one to look for. Quick with the ball and blessed with pace, after that amazing performance against Brazil on Saturday, he looks to do the same against their bitter rivals to put La Albirroja back into a continental final just like four years ago and to win their third Copa America since 1979.

Bundesliga free agents clubs should be targeting 4 days ago

Borussia Mönchengladbach: State of the squad - June 2022 11 days ago

England 0-4 Hungary: England humbled and sent to worst defeat in 12 years by Hungary 17 days ago

Fatigued or not, England's lacklustre performances are becoming a worry 20 days ago