England were left to settle for two dropped points in their World Cup qualifying campaign after Hungary dug in for a share of the spoils at Wembley. England’s serene passage to next winter’s tournament suffered a slight hiccup after the home side couldn’t build on John Stones’s equaliser which cancelled out Roland Sallai’s penalty awarded for a high foot.

This is only the second time that Gareth Southgate’s side have not won in group I and although their progression to the World Cup will likely be secured next month during games with Albania and San Marino this was a blow. It was also a slightly historic night as England failed to win a home qualifier for the first time since 2012.

Southgate’s experiment of starting Phil Foden and Mason Mount in an attacking midfield line-up didn’t quite live up to expectation, although England’s play was of a high tempo it failed to bring an abundance of goalscoring openings. It didn’t help that Harry Kane laboured up front also.

Yet, Hungary’s application warranted a share of the spoils and, despite their advancement from this group being redundant, they showed a much better side of themselves than they did in the reverse fixture last month which England won 4-0.

There were also unsavoury scenes in the Hungary section of the crowd during the first half when fans clashed with stewards and police. A Metropolitan Police statement said: “Shortly after the start of tonight's match at Wembley, officers entered the stand to arrest a spectator for a racially aggravated public order offence following comments made towards a steward.”

The inclusion of Foden and Mount in an attacking midfield trio alongside Declan Rice certainly got tongues wagging at Wembley and was an adventurous move by Southgate. With Raheem Sterling and Jack Grealish supporting Kane upfront England looked set to dominate their Hungarian visitors.

Yet all that the home side could muster in the opening quarter of the match was a low centre from Luke Shaw which Kane stretched to reach in front of goal but missed out to Adam Nagy who nudged in ahead of the England striker and poked the ball away.

Rather Hungary’s well-organised shape when out of possession along with the movement and pressing of the front three and dogged work rate of midfield duo Nagy and Andras Schafer stood them in good stead and demonstrated that Marco Rossi’s side are much better than the display they put in when the teams met in Budapest last month.

It was England who presented Hungary with the chance to take the lead, however. Shaw raised his foot when challenging Loic Nego for the ball on the perimeter of the area and although contact was minimal between Shaw’s boot and Nego’s head it was deemed dangerous play by the Spanish referee who pointed to the spot. Sallai sent Jordan Pickford the wrong way with the conversion.

A goal behind and then Southgate’s side started to motor after the half-hour mark — suddenly Hungary’s shape didn’t seem so durable. Grealish’s tenacity and Sterling’s quick turn of pace brought England a succession of free-kicks which Mount and Foden tried to bend England’s way. It was the Manchester City attacker who succeeded.

Foden delivered one from the right into the Hungary area and when the flight of the ball appeared to be drooping too early, it flicked off Declan Rice’s stooped back and carried to Stones. The England defender reacted at the back post to prod past Peter Gulasci. England could have taken the lead in first-half stoppage-time when Sterling was denied following a great piece of pass-and-move play centred around Grealish.

England set the pace after the interval too. Stones should have had his second of the night but headed Foden’s corner narrowly wide of the upright. There was plenty of control from Southgate’s side but Gulasci wasn’t being tested as often as the England manager would have wanted. That explained his tactical switch shortly after the hour with Bukayo Saka replacing Grealish and England switching to a back-five.

The change in formation did result in Sterling being released to goal before being smothered by the Hungary ‘keeper. And despite the visitors tiring, England struggled to carve out clear openings. Kane was frustrated with himself as he sliced an effort horribly, albeit from an offside position, and summed up his sub-par evening which only featured 21 touches of the ball. He was removed soon after.

Hungary were left ruing substitute Filip Holender’s off-target effort after he capitalised on a slip from Saka, cut in from the left but misplaced his shot. Their application deserved a point and England couldn’t muster anything to prevent it and two further dropped points in their qualification campaign. 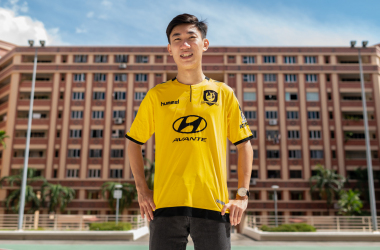 Hertha Berlin vs Bayern Munich preview: How to watch, kick-off time, team news, predicted lineups, and ones to watch 6 days ago

Borussia Mönchengladbach vs Union Berlin match preview: How to watch, kick-off time, team news, predicted lineups and ones to watch 7 days ago

Paderborn vs Werder Bremen preview: How to watch, kick-off time, team news, predicted lineups, and ones to watch 8 days ago

FC Ausburg vs Eintracht Frankfurt preview: How to watch, kick-off time, team news, predicted lineups, and ones to watch 13 days ago

Werder Bremen vs Fortuna Düsseldorf preview: How to watch, kick-off time, team news, predicted lineups, and ones to watch 15 days ago

Bayern Munich vs Borussia Mönchengladbach preview: How to watch, kick-off time, team news, predicted lineups and ones to watch 21 days ago

VFL Bochum vs VFL Wolfsburg preview: How to watch, kick-off time, team news, predicted lineups, and ones to watch 20 days ago

Hertha Berlin vs FC Köln preview: How to watch, kick-off time, team news, predicted lineups, and ones to watch 20 days ago
//