The Gunners’ have already spent big this Summer agreeing a £50 million fee for Brighton’s Ben White. However, you cannot help but feel Arsenal’s notoriously tight resources are being spent in the wrong area. Already possessing a strong backline many fans feel this money should have spent in other areas of the pitch while giving William Saliba a chance rather than sending him back to France on loan again. 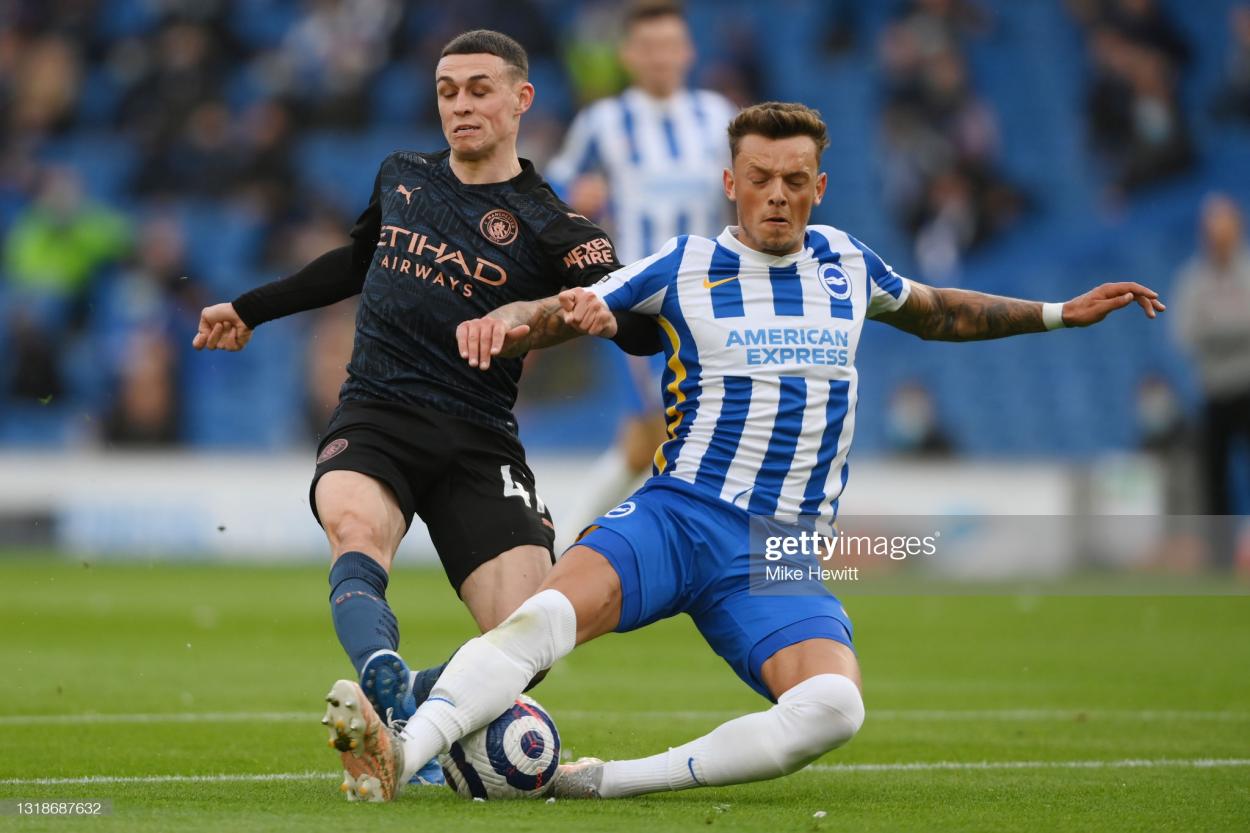 In the midfield, the signing of Albert Sambi Lokonga from Anderlecht sanctions Granit Xhaka’s departure to Roma. The young Belgian plays in a similar way of that to the departing Swiss midfielder. Lokonga is a defensive midfielder at heart, specialising in breaking up play he still possess a good first touch and passing ability.

Arsenal have managed to tie up young creative midfielder Emile Smith-Rowe until the Summer of 2026, ensuring the young core of the squad remains. Backup will still be needed for the youngster, this was provided by Martin Odegaard last year but, after failing to extend his loan deal expect to see manager Mikel Arteta find a replacement.

Leicester creator, James Maddison has been touted as Odegaard’s possible replacement although, the Foxes’ reluctance to sell talent cheap may make this deal fall through.

With both Alexandre Lacazette and captain Pierre-Emerick Aubameyang out of contract next Summer it is vital to recruit now. Lacazette has just came off arguably the best season of his Arsenal career scoring 13 times in 21.4 90s although, after turning 30 in May the Gunners’ may be reluctant to award him a new contract. Aubameyang on the other hand, after finally securing a new contract at the start of last season has played like a shadow of himself and while already being 32 this could be a final send of for the Gabonese striker.

Regardless of if these forwards stay past the next summer, reinforcements should be identified as both players were seriously misfiring at times last season.

Jorginho was the club’s top scorer in the league last campaign (7 goals) despite almost £200 million spent on attacking talent. Of course, do not expect last summers’ failed recruitment to prevent Roman Abramovich from splurging again.

Regardless of misfiring striker Timo Werner’s addition last year, expect to see Chelsea chase some sort of striker this summer with Erling Halaand inevitably top of the list. Chelsea have already seen an informal cash-push-player bid turned down for the Norwegian striker as Borussia Dortmund will likely continue to play hardball unless a very lucrative offer is made.

With Halaand’s possible arrival to Stamford Bridge delayed until next summer when his release clause is activated, other targets could be looked at to prevent another frustrating season. The likes of Alexander Isak or Patrick Shick would provide suitable coverage with their exploits at Euro 2020 showing their goalscoring ability. 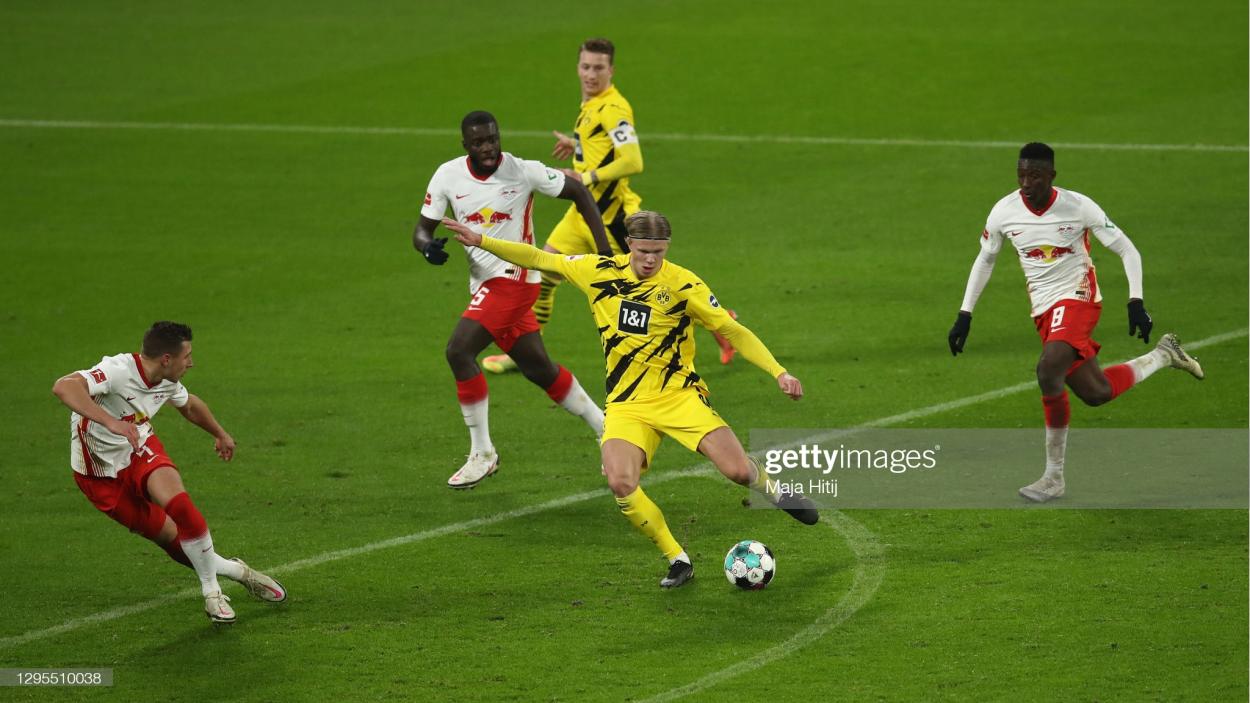 Despite the defence solidifying after Thomas Tucel arrival, the German boss is looking to add PSG defender Presnel Kimpembe to the defensive line. As Thiago Silva gets another year older now could be the time to find his replacement with the club believing they could temp The World Cup winner to London if Sergio Ramos’ arrival sees his game time cut.

With several top players entering the final two years of their contract (including Jordan Henderson, Mohammed Salah, Sadio Mane and others) the Liverpool board has decided to prioritise the extension of these contracts rather than the signing of several stars.

After finalising the deal to sign RB Leipzig centre back, Ibrahim Konate early in the window many Liverpool fans hoped it signalled the intentions to recapture The Premier League title. Unfortunately, the signing of Konate seems like it could be the only major addition, an addition that adds depth to a defensive line which succumb to several untimely long-term injuries last season. 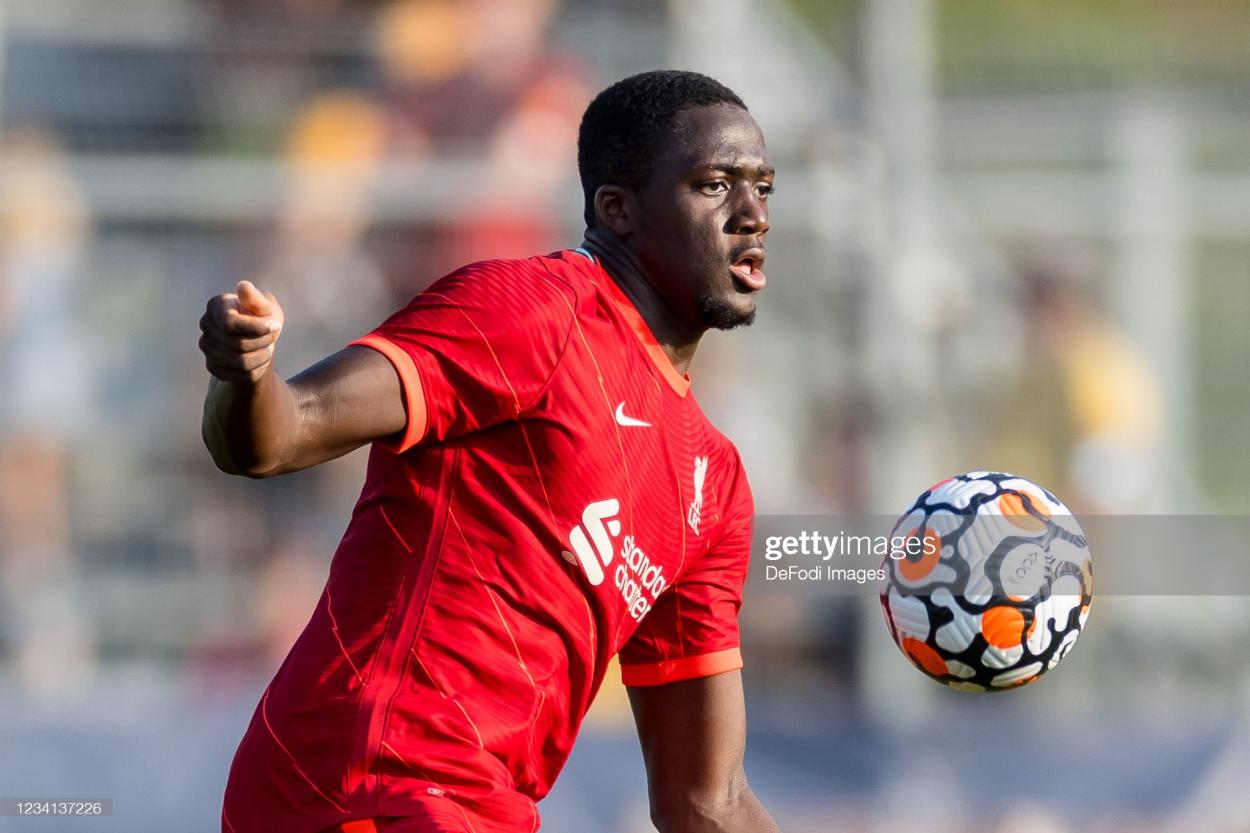 Elsewhere, Liverpool look to be targeting players close to the end of their contracts in order to keep costs down. In central midfield a possible replacement for Georginio Wijnaldum has been identified in both AC Milan’s Franck Kessie and Leicester’s Youri Tielemans.

Kessie is a similar player to the recently departed Wijnaldum, both powerful box to box midfielders with a decent offensive output, a deal may be found as the Ivorian has just one year left on his contract. Tielemans on the other hand may prove trickier to acquire, with two years remaining on his current deal, Leicester are keen to tie him down for the foreseeable future and ward off any interest.

Liverpool seem keen to reinforce their bench, especially in the forward line. With one year remaining on his current deal at West Ham, Jarrod Bowen has been identified as a cheap backup option and is certainly an upgrade on Xherdan Shaqiri.

Eager to bolster their striking options due to the departure of Sergio Aguero and the unreliability of Brazilian, Gabriel Jesus. Manager Pep Guardiola has unsurprisingly placed England captain Harry Kane atop his shopping list. Kane’s excellent passing ability has allowed him to play in a new false 9 role last season, a role Pep has used throughout his career including the use of Kevin de Bruyne there last year.

The fact Kane topped both the goals and assists charts means, he will likely create lethal chances for the wide City players and onrushing midfielders. Meanwhile, the sheer number of chances the team creates as a whole means Kane will likely score at least 20 league goals if he can stay fit.

Despite how well Kane can fit in to the Cityzens’ side, he will not come cheap with a £100 million bid already rejected as Spurs chairman Daniel Levy is reluctant to sell his talismanic striker.

Jack Grealish has also been identified by the league champions. His versatility means he can play both out wide or through the centre. Although, like Kane, Grealish will not come cheap, after several top signings across the last two seasons Aston Villa will be reluctant to sell their homegrown hero as they hope to continue to climb the table.

The Manchester United Hierarchy seems keen to find an elite partner for captain Harry Maguire, with Raphael Varane fitting the bill perfectly. Several journalists have stated this deal is as good as done while the final figure is likely to be around the €50 million mark. 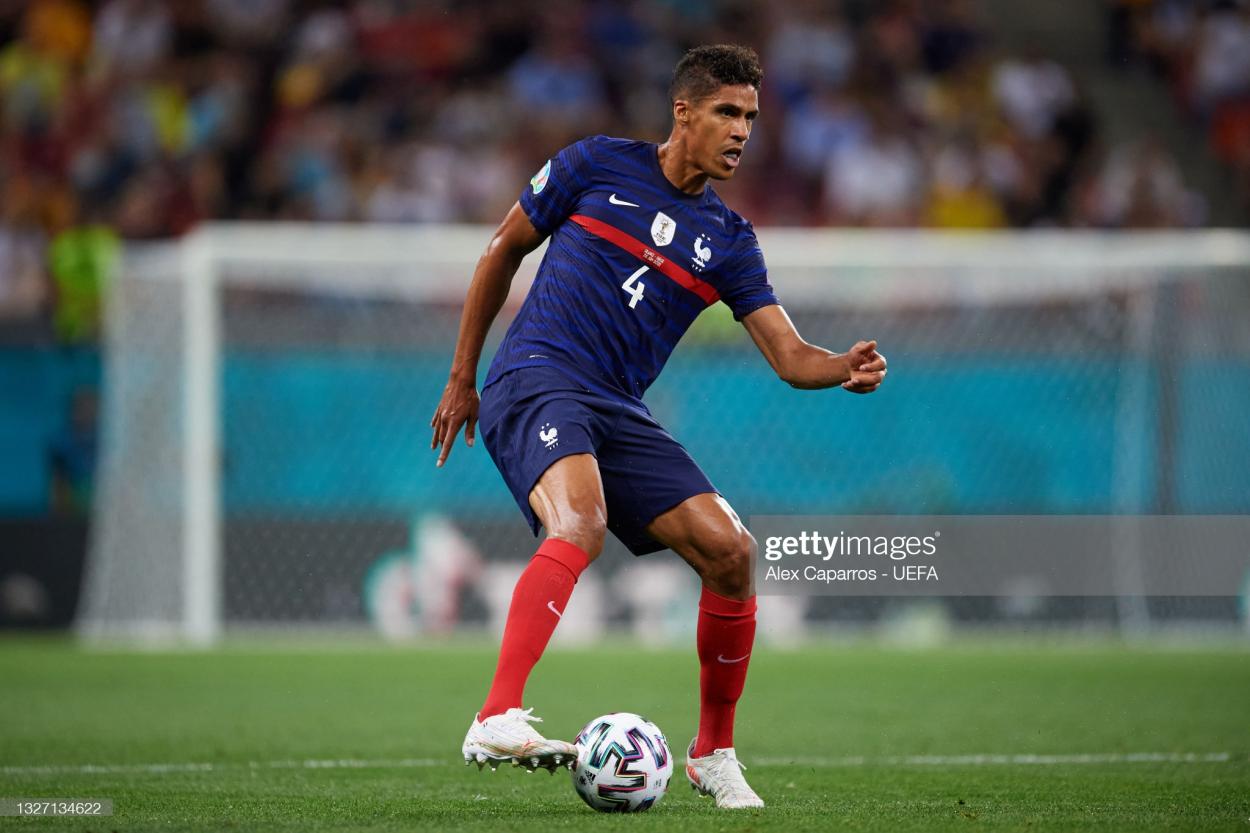 What most fans have been calling out for though, is a world class defensive midfielder with manager Ole Gunnar Solskajer rumoured to have a willingness to play a 4-3-3 this coming season. This system would benefit both Bruno Fernandes and Paul Pogba although, few would trust Fred or Nemanja Matic to anchor the midfield by themselves.

The Red Devils’ have identified Rennes youngster Eduardo Camavinga as both a long and short term solution to this problem. With just a year remaining on his contract Manchester United feel they can get him for a cut price of €30 million although, the French midfielder seemingly prefers a move to Italy or Spain.

Speaking of contracts ending next summer, PSG have engaged in talks with Pogba’s entourage over a possible move. The midfielder is said to be ‘interested’ in the French giants although no official approach has been made.

Tottenham’s new managing director Fabio Paratici from Italian giants Juventus may be their true signing of the summer. Helping overlook Jose Mourinho’s permanent replacement, Nuno Espirito Santo although the former Wolves manager was likely not in their top five of potential candidates.

With only a year left on his contract Spurs’ may be beginning to plan for life after long serving goalkeeper Hugo Lloris. Atalanta goalkeeper Pierluigi Gollini has joined the North London club on an initial loan with a €15 million option to make buy next summer. The former Aston Villa stopper could prove a smart acquisition if either Lloris’ form continues to falter or if a new deal cannot be agreed with the Frenchman.

The Lilywhites’ fragility in defence was their Achilles heel last season with forwards Harry Kane and Heung-Min Son scoring for fun at times last campaign. To address this weakness new Managing Director, Fabio Paratici has looked to his homeland identifying both Atalanta’s Christan Romero and Bologna’s Takehiro Tomiyasu as suitable upgrades. It could take as little as €15 million to sign the Bologna ace whereas, any deal to sign Romero would supposedly see Davidson Sanchez heading in the opposite direction. 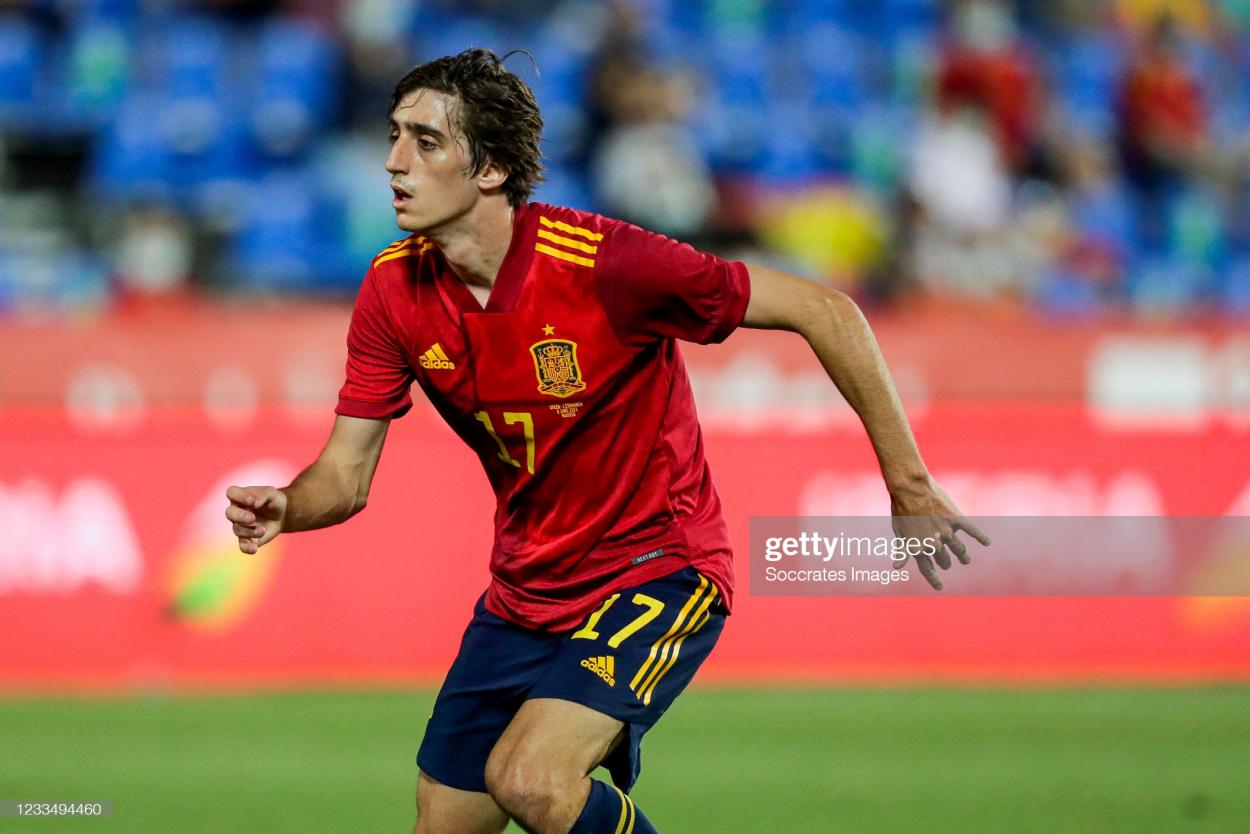 Erik Lamela may see his time in North London come to an end this summer, Fabrizio Romano has reported the Argentine will used as a makeweight along with €20 million in an attempt to sign Sevilla’s Bryan Gil. Gil would offer a different option on the left, more of a dynamic winger than a inside forward, this would suit a potential 4-4-2 Nuno could go.

Manchester United vs West Ham United: Things to look out for 4 hours ago

Manchester United vs West Ham United Preview: How to watch, kick off time, team news, predicted lineups and ones to watch 4 hours ago

Is a Spurs legacy as important to Kane as winning major titles? a day ago

Have we seen the best Tanguy Ndombele at Tottenham? a day ago

Harry Kane continues to struggle a day ago
//