David Moyes made seven changes to the team that drew 2-2 away at Genk as Lukasz Fabianski, Angelo Ogbonna, Zouma, Tomas Soucek, Jarrod Bowen and Fornals all returned to Premier League action.

Nikola Vlasic and Andriy Yarmolenko both failed a late fitness test after being ruled out against the Belgian side on Thursday.

Jurgen Klopp made only one change to his side that beat Atletico Madrid 2-0 at Anfield on Wednesday as Konstantinos Tsimikas made way for Scottish international Andy Robertson.

Liverpool dominated possession in the first couple of minutes but were caught out early on the counterattack by West Ham. Fornals found Michail Antonio on the left-wing and sent the Jamaican international up against Virgil Van Dijk. Antonio knocked the ball past the Dutchman and attempted to final Said Benrahma, who was free in the box but it was sent behind for a corner.

The Hammers subsequently took a surprise 1-0 lead in the fourth minute when Fornals’ corner found the back of Allison’s net after the Brazilian miss-hit the Spaniards cross and palmed it into the back of the net.

Unfortunately for West Ham, Moyes was forced into an early substitution in the 22nd minute after Ogbonna came off with a knee problem, which has now been confirmed as an Anterior Cruciate Ligament injury. Craig Dawson came on to replace the Italian. 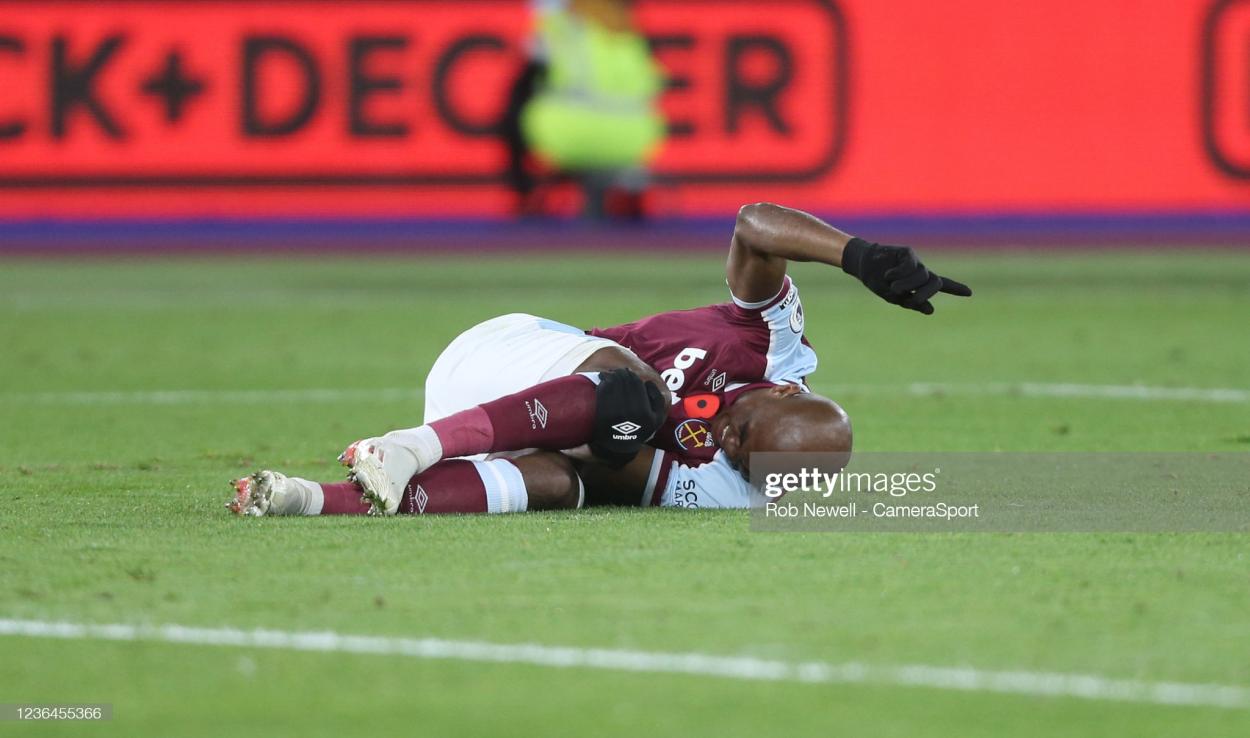 Predictably, Liverpool dominated possession after going behind so early but they didn’t put that dominance to any use and failed to have a shot of any description until the 30th minute. Salah found Jota in the box with a good cross but the Portuguese forward’s powerful header went just over the bar.

The reds kept piling on the pressure and managed to win a freekick on the edge of the box after Mohammed Salah went down theatrically following a challenge from Declan Rice. Liverpool then drew themselves level in the 41st minute when Trent Alexander-Arnold sent a superb curling freekick into the top right corner following a little layoff from Salah to make it 1-1.

Trent Alexander-Arnold's first goal since April and it's an absolute beaut of a freekick... #WHULIV

Begin pegged back seemed to wake up the Hammers and they created a great chance to strike back almost instantly when Benrahma played Antonio past Liverpool’s backline and through on goal. The 31-year-old had the Red’s backline scurrying back and had them beaten for pace but was let down by a poor touch as Alexander-Arnold recovered.

The hosts then created another great opportunity when Benrahma beautifully brought down a ball from Fornals and ran into the box from the left-wing. The Algerian then found Bowen and set him up for the shot but it was expertly blocked by Van Dijk with a perfectly-timed tackle.

West Ham continued their momentum into the second half and hit the crossbar in the 49th minute when Fornals delivered another perfect corner which was met by Dawson, who rocketed his header off the bar.

Liverpool hit back just two minutes later when Robertson sent a first-time cross into Sadio Mane on the six-yard box. The Senegalese international also hit his shot the first time but sent it straight at a grateful Lukasz Fabianski.

It was a completely different West Ham side from the first half, with the hosts looking dangerous on every attack. The Hammers were rewarded for their efforts in the 68th minute when Bowen drove his side away on the counterattack and played Fornals through on goal.

The Spaniard drove forwards and fired a fierce left-footed effort past Allison to restore West Hams lead. The Brazilian got a hand to the strike but couldn’t stop it heading goal bound.

Things just got better and better for West Ham when they added a third just six minutes later when Zouma headed home at the back post following a great corner from Bowen to give his side a massive two-goal advantage heading into the final 15 minutes.

The away side started to pile on the pressure and managed to grab a goal back in the 82nd minute when substitute Divock Origi swivelled on the edge of the box and fizzed a low first-time effort into the bottom right corner to give Liverpool hope of a revival.

Liverpool then had a massive chance to draw level in the 90th minute when Alexander-Arnold whipped a great ball into Mane at the back post. The 30-year-old timed his run perfectly at the back post and stooped low to connect with the cross but sent his header agonisingly wide, giving West Ham a lucky escape.

With the full-time whistle going shortly afterwards, Jurgen Klopp’s men were made to rue their missed opportunity as their 25-game unbeaten run came to a sudden end.

The win for David Moyes’ side sees them rise to third in the table, level on points with second-place Manchester City and just three points behind league leaders Chelsea heading into the international break.

Exclusive: 'What a journey we've been on' - Jamie Segal on West Ham's European tour 14 days ago

The Warm Down: 10-man West Ham stand firm to hold out for a draw against Lyon 2 months ago

"The players have been monumental": Key quotes from David Moyes' post-Tottenham press conference 2 months ago

The Warm Down: West Ham United advance to the Europa League Quarter Finals on a famous European night 2 months ago

'Pick of the round': Reaction to West Ham's Europa League draw 3 months ago

The Warm Down: West Ham United held to a draw by Newcastle United 3 months ago

The Warmdown: Youthful Hammers bested by Croatian Champions 5 months ago