Agnieszka Radwańska endured through a forgettable 2017, which was the most disappointing season she has ever experienced to date. This has been an astonishing year for the Pole, who dropped drastically in the rankings with her health condition not being in the best, and she ends the year as the world number 28, her lowest year-end ranking since 2006.

Win-loss record: Worst season for Radwańska in her career

Radwańska owned a shocking 25-18 (.581) win-loss record throughout 2017 and failed to claim a single top-10 win in a season for the first time since 2005, a year when she was still regularly participating in ITF 25k events.

Staggeringly, 16 of Radwańska’s losses came against players of a lower ranking, which is extremely disappointing for a player of the Pole’s caliber. Furthermore, another shocking statistic is that Radwańska did not defeat any players ranked higher than her throughout the year.

Radwańska, ironically, had a good start to 2017. She went into the Sydney International as the second seed and stormed into her sole final of the year without losing a set. Despite going into the match as the slight favorite, the Pole was ousted by a firing Johanna Konta in straight sets.

That Sydney result proved to be the best of Radwańska’s entire year, as she had to wait until Wimbledon for another decent result. With grass being her most-preferred surface, the “Ninja” was one of the dark horses at the All England Lawn Tennis and Croquet Club amidst all her struggles. She produced some impressive results; defeating Jelena Jankovic, saving a match point to oust Christina McHale before upsetting Timea Bacsinszky despite being higher-ranked than the Swiss. Her encouraging run was eventually stopped by nemesis Svetlana Kuznetsova.

Though the Pole struggled throughout the year, she also earned some fantastic wins along the way. On the North American hard courts, Radwańska defeated Coco Vandeweghe 6-3, 6-2 in Toronto while also thrashing Timea Babos 6-0, 6-1 at the same tournament. Unbelievably, Radwańska also rattled off excellent wins over Magdalena Rybarikova and Julia Goerges at the Wuhan Open while also beating the local favorite Zhang Shuai in a high-quality second-round match at the China Open.

Lowest Points of season: Health issues and failure to find her form

Radwańska had a tricky start to the year, going into the Shenzhen Open as the top seed and defending champion. She had to dig deep and save three match points against the unheralded local wildcard Duan Yingying in the opening round, before ultimately falling to eventual finalist Alison Riske in a repeat of 2016’s final, being bageled in the final set.

Her Australian swing ended on the worst possible note, with an early exit at the Australian Open. She received a difficult draw, which was a factor in her defeat after she lost to the dangerous veteran Mirjana Lucic-Baroni in straight sets, being outclassed 3-6, 2-6 after just an hour of play. Radwańska’s poor run was carried into the Middle East, being handed early-exits once more. She was conquered by good friend Caroline Wozniacki in a blockbuster opening-round affair in Doha, before being vanquished by teenage sensation Catherine Bellis in Dubai.

The Pole entered the North American hard court swing with all the pressure weighing on her shoulders. Defending semifinal points from Indian Wells, Radwańska was upset by qualifier Peng Shuai in straight sets, while another disappointing exit ensued in Miami with her nemesis Lucic-Baroni proving to be too strong yet again.

The clay-court season was disastrous for Radwańska, who only won two matches throughout the period in time. She fell to a surprising defeat against former top-10 player Ekaterina Makarova, before withdrawing from tournaments in Rome and Madrid due to a foot injury. With clay being her least-preferred surface, Radwańska lost in the third round of the French Open, being humbled 2-6, 1-6 by home favorite Alize Cornet.

Just like the whole 2017, the US Open Series was relatively poor for Radwańska as well. Thought to be able to provide a tough fight against Caroline Wozniacki in Toronto, she was defeated in straight sets during the one-sided match. Moving onto the Western and Southern Open, the Pole was handed an opening-round exit by the in-form Julia Goerges. Amidst her horrendous run of form, Radwańska had the golden opportunity to produce a good run at the US Open after reaching the semifinals in New Haven with wins coming over Peng Shuai and Eugenie Bouchard, but just narrowly fell short to eventual semifinalist Coco Vandeweghe in a two-hour, 56-minute third-round thriller.

Defending 1000 points at the China Open, Radwańska received a tough draw but was still able to reach the third round without losing a set. However, there she faced a tough quality opponent in Daria Kasatkina and was narrowly defeated in three tight sets despite being just a game away from the win. She was also previously upset by eventual finalist Ashleigh Barty at the Wuhan Open, being served a bagel in the process. Her season ended on the worst possible note, and she came up second best against veteran Samantha Stosur in the second round of the Hong Kong Tennis Open. This loss eventually caused her not to qualify for any of the year-end championships, and ultimately fall out of the top-20 for the first time since 2008.

Radwańska will be determined to regain her form and fitness in 2018, and she will also look to improve her ranking. After a disappointing year, the Pole heads into the new year with a renewed mindset, and she is tipped to return to the top once more.

2022 Australian Open: Emma Raducanu gets past Sloane Stephens a day ago 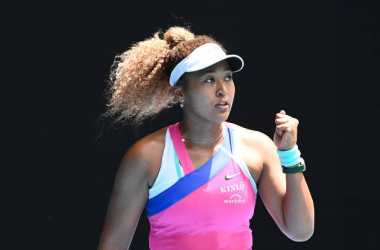 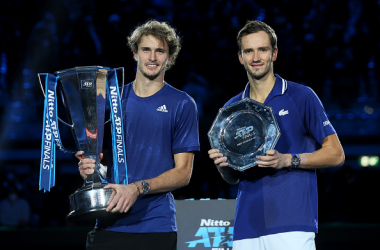 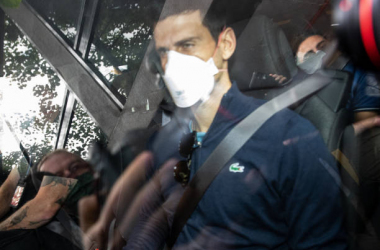 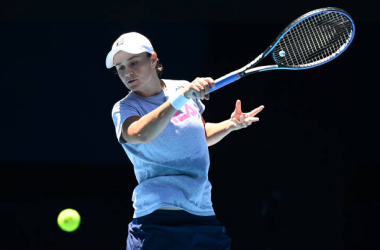 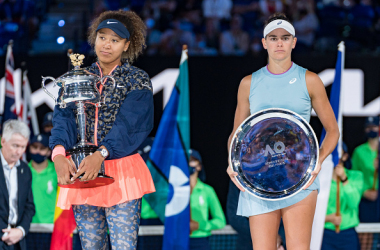