For the first time in over 500 days Old Trafford was at full capacity as Manchester United faced arch rivals Leeds United.

As expected, the atmosphere inside The Theatre of Dreams was electric, and fans were eagerly awaiting to see summer signing Jadon Sancho take to the field.

He started on the bench, but the crowd were treated to a surprise unveiling of four-time Champions League winner Raphael Varane before kick-off, they had waited long enough, and it nearly took the roof off.

If last season’s match was anything to go by then we’d be in for some goals.

The home side had the best of the chances throughout the first-half, and goal number one from Bruno Fernandes saw them in the lead at half-time. However, it felt as though one wouldn’t be enough.

It wasn’t, with a superb effort from Luke Ayling making it 1-1.

The next goal seemed like it would be important, and it came just three minuites later from Mason Greenwood to put United back in front.

Then came the third, followed by the fourth, yet again from the Portuguese Magnifico Fernandes.

Fred rounded things off with a fifth, you couldn’t ask for much more on matchday one.

The build up to the season has involved a lot of excitement, but equally a lot of expectation. It’s clear to many that Ole Gunnar Solskjaer and United must mount a serious challenge for the title this season, anything less isn’t good enough,

So, with a huge first game, securing not only the three points, but doing it in the style they did, is a huge statement.

A statement to the big teams around them that United mean business, and they maybe they are finally capable of going toe to toe with Manchester City over the course of a season.

Many will say the margin of victory is only because of how open Leeds are, and while they did make mistakes, full credit to United for their attacking performance.

The challenge for United and Solskjaer is to take this level of performance and goal scoring into the next game, against arguably a weaker team in Southampton.

If they can replicate their away form from last season then another three points will be on the cards.

Since arriving at Manchester United 18 months ago Fernandes has been their star player, many rival fans always refer to the amount of penalty goals he has racked up in the past, but he definitely didn’t need any today.

It was a perfect performance from the attacking midfielder with his third gaol in front of a full Stretford End the pick of the bunch.

He netted the first hat-trick by a United player in the opening game of a season since Lou Macari in 1977. In just two home games against Marcelo Bielsa’s Leeds he has scored five goals.

If he can continue to score in the same fashion, and grab assists along the way, then United are serious contenders on all fronts.

He wasn’t playing for France today, but Paul Pogba produced a performance that will make some critics believe that he was.

The Frenchman assisted an incredible four of the five goals in the red devils’ victory and produced arguably his best performance in a United shirt to date.

With lots of talk surrounding his potential departure, he received a standing ovation when substituted, which should be a clear sign the majority of the United fanbase wants him to stay.

Ole hinted after the game that the fans can play a vital role in convincing him to do just that.

He will be key in helping the team go on to achieve their ambitions this season, which will result in the success him and his agent so desperately crave.

Next up for United is a trip to Southampton, last time they visited St Mary’s they came out on top winning 3-2. It was then followed up by a crazy 9-0 victory at Old Trafford, so we could be in for even more goals.

For Leeds it’ll be a return to full capacity at Elland Road, and the first time we’ve experienced that atmosphere since they returned to the Premier League.

It will be a tricky place to go this season, and Everton will the first to try and get something there. 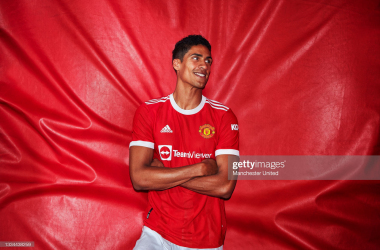