With the announcement of Raphael Varane, Manchester United have got themselves a serial winner.

The French centre-back has won four UEFA Champions Leagues with Real Madrid and a World Cup with the France national team.

It is understood that Varane has signed a four-year deal at the club which would see him spend the years 28-32 in Manchester.

Many believe that Ole Gunnar Solskjaer now has a defence capable of winning a title this season. But how does Varane's introduction affect the rest of the squad?

For the majority of last season, Solskjaer opted for two defensive midfielders in his lineup. Most of the time this consisted of Scott McTominay and Fred, which fans nicknamed the 'McFred' partnership.

Speaking to VAVEL UK last season, Solskjaer explained his consistent use of McTominay and Fred: "With Bruno [Fernandes]'s goals, Scott and Fred with that energy and in that engine room are always key for us so our creative players can go on, create chances, show their magic. They're so disciplined and very pleased with the two of them."

But critics of United have said that Solskjaer needed both midfielders due to the inconsistencies that Victor Lindelof showed. With Varane expected to force Lindelof out of the starting eleven, ESPN believes United could be set to switch to the 4-3-3 formation.

Apart from the goalkeeping situation, United's backline writes itself. After a stellar campaign last season, Luke Shaw continued his fine form for his country at the 2020 European Championship. As did United's captain, Harry Maguire, who managed to start all of England's knockout games despite suffering an ankle injury in May.

With the current lack of options on the right of the defence, Aaron Wan-Bissaka is highly likely to continue as Solskjaer's right-back.

In front of that backline is also up in the air except for Bruno Fernandes. The Portuguese midfielder started in 35 Premier League games last season and his heavy load looks set to continue.

Who joins the Sir Matt Busby Player of the Year in United's midfield is something that only Solskjaer will know but if Paul Pogba was to stay at United, he would be expected to start alongside Fernandes with either McTominay or Fred behind sitting in front of the defence.

Solskjaer finally got his man in Jadon Sancho, and with a fully fit squad, he would be expected to start out on the right wing. But United could be without their member of the Most Excellent Order of the British Empire, Marcus Rashford.

Rashford is expected to undergo surgery which could see him out of action until late October. This could see Sancho start out on the left, with Mason Greenwood keeping his right wing position from last season with Edinson Cavani down the middle.

Lineup versus Leeds on the opening day of the season? 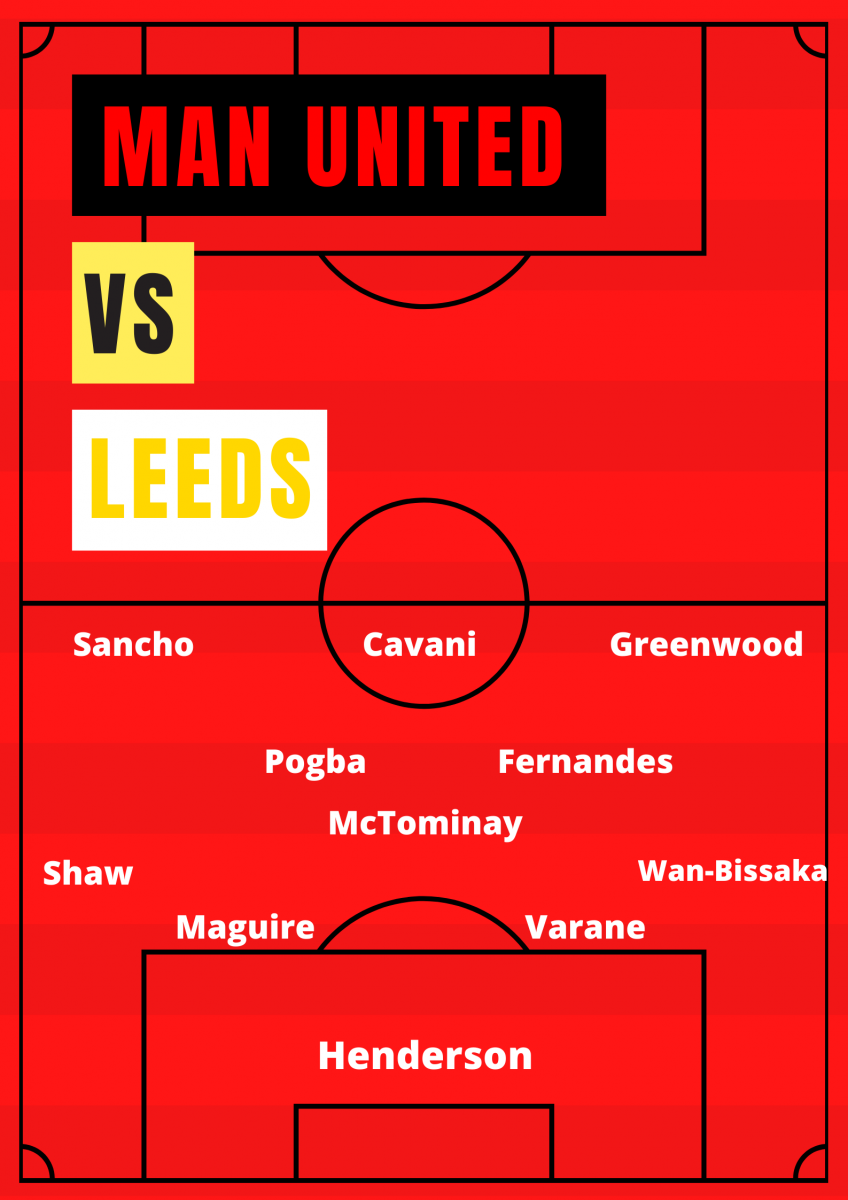 Manchester United vs Liverpool Preview: How to watch, kick off time, team news, predicted lineups and ones to watch a day ago

The Warmdown: Manchester United fight back to rescue victory against Atalanta a day ago

Manchester United 3-2 Atalanta: From bottom of the group to top and everything in between 3 days ago

Manchester United vs Atalanta Preview: How to watch, kick off time, team news, predicted lineups and ones to watch 4 days ago

Manchester United vs Villarreal: Can Solskjaer's side turn around their European fortunes? 25 days ago
//