A sun-laden afternoon at Pride Park saw Manchester United run out 2-1 winners in a fairly underwhelming, but effective, pre-season warm-up for both Ole Gunnar Solskjaer's side and Derby County.

While pre-match preparations for the fixture saw a reunion for Solskjaer and former United strike-partner Wayne Rooney, the friendship was temporarily paused as their two sides faced off in their respective opening exhibition matches.

Tahith Chong gave the visiting Reds the lead just before the twenty minute mark, bundling home a parried save, while Facundo Pellestri doubled United's advantage after the half-time interval. Derby halved the deficit through a decent effort from the ever-dangerous Colin Kazim-Richards but the result for United was seldom in doubt.

It was the hosts who started the strongest in this clash, as they flashed an effort past the post before the first minute had come to a conclusion, and a string of solid efforts from Derby saw Manchester United's inexperienced backline troubled early. It was a great save from recently re-signed goalkeeper Tom Heaton that kept the scores level after suspect set-piece defending after ten minutes.

However, United adjusted to the intense heat at Pride Park and managed to grow into the game in its first quarter, and opened the scoring after seventeen minutes. Some poor defensive work from Max Bird allowed Tahith Chong to dispossess the midfielder; the Dutchman advanced on goal and managed to squeeze it past goalkeeper Kelle Roos, albeit after an initial save from his fellow countryman.

A good move from the hosts went begging after Axel Tuanzebe stepped in to eliminate the threat posed by Omatsone Aluko. Brandon Williams managed to prevent another chance at goal soon after after Teden Mengi was fooled by the oncoming attacker.

Around the half-hour mark saw Derby's best chance of the first half, as a deceptive cross into the area bounced into the path of Tom Lawrence, but the former United academy prospect's header went over the crossbar. A few moments later it would be trialist Phil Jagielka to come close after a good flick-on by Curtis Davies, but Heaton expertly managed to save.

The interval came and went, and both sides struggled to gain a foothold in the match, with United fielding a virtually fully-changed eleven, with only the centre-half partnership remaining from the first period.

While Andreas Pereira and Alex Telles challenged Roos from a free-kick, it was Facundo Pellestri who doubled United's advantage on the hour mark, as a break from the Red Devils saw Shola Shoretire play in the Uruguayan forward; the young attacker took the ball around Roos and simply ran it home.

A second drinks break of the afternoon passed before Derby managed to get involved in the scoring, but with twenty minutes to go, Colin Kazim-Richards - a man with fresher legs than the majority of the Derby squad after coming off the bench at half-time - received the ball on the edge of the box; his long-range effort snuck past substitute Lee Grant to halve the deficit.

Isaac Hutchinson came close for the hosts soon after, but his effort bent wide of Grant's far post.

Jesse Lingard, after a superb resurgence at West Ham United last term, found the crossbar with a sumptuous effort that would have produced a rapturous reception from the United supporters inside Pride Park. Despite the attendance being exclusive to supporters of the Rams, the songs that echoed around the stadium were suspiciously dominated by United's hymns of the Stretford End.

Hannibal, a second-half substitute, was found through on goal with ten minutes remaining, but went to ground a tad too easily in the box, with referee Robert Jones rejecting the protests from the Tunisian midfielder.

The final ten minutes of the clash were fairly uneventful, with neither side willing to risk injury to their players - but it was an efficient afternoon in Derbyshire as the two sides tested the fringes of their squad depth under the thirty-degree heat.

It was an opportunity for Ole Gunnar Solskjaer to test the depth of his squad with the majority of his first-team still on holiday after their international involvement this summer.

With only four first-team players starting the game for United, Solskjaer was able to gain a wider appreciation for his squad that managed to outplay a relatively strong Championship outfit.

The second-half allowed for further rotation and to test the likes of Lingard and Pereira, a pair that had frustrated supporters before their loan spells last season. The former definitely showed signs of his former self but Pereira underwhelmed for his forty-five minute stint.

Pellestri impressed after a continental loan last season. While the former Penarol winger had experienced men's football in his native Uruguay, his spell at Alaves in La Liga ensured further minutes at the professional level and a different facet to how he plays. Another loan this season, whether abroad or domestic, would be beneficial for the winger.

In terms of academy prospects, Will Fish and James Garner impressed in their outings; the latter enjoyed a strong season with Nottingham Forest last season and he could well be involved with the first-team in pre-season.

It was an effective use of United's afternoon ahead of a trip to London next weekend to take on Queen's Park Rangers, while Derby host Salford City on Saturday.

Ralf Rangnick: The innovator, influencer and interim manager 2 days ago

Manchester United and Mauricio Pochettino: A match made in heaven? 5 days ago

Ole Gunnar Solskjaer sacking was an inevitability 6 days ago

Watford vs Manchester United: How to watch, kick off time, team news, predicted lineups and ones to watch 7 days ago 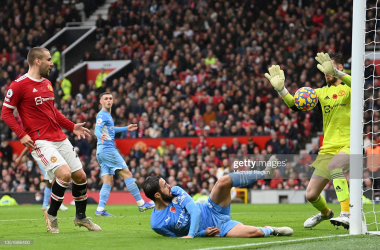 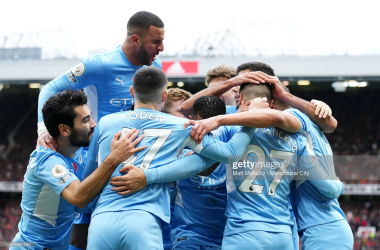