A young prospect who excites many Arsenal fans, the 20 year old French centre-back joined from Ligue 1 outlet Saint-Etienne in 2019, since then he's spent two seasons on loan in the French top division, and is in the midst of his third loan spell with a third club in Marseille. The youngster has impressed during his loans and many fans believe its time he remain with the Gunners and step into the first team. Making twenty-nine appearances this season, Saliba is yet to make his mark on the goal scoring charts for the club, but will be more focused on his defensive work. 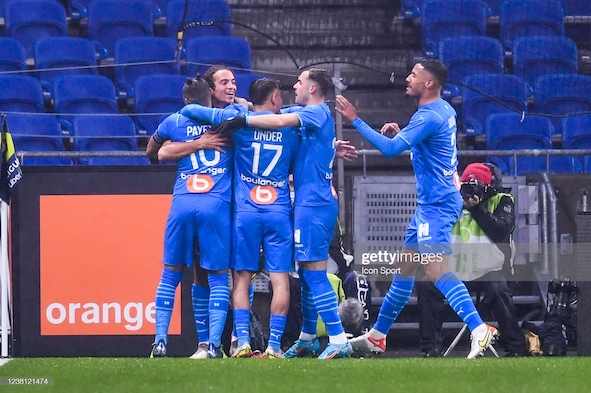 Another young player still, the twenty-two year old French national is also on loan with Marseille, his second loan spell since joining Arsenal, following a season in the Bundesliga with Hertha Berlin, the midfielder has fell out of favour with Arteta following an incident with Brighton striker Neal Maupay. However, any chance of a permanent deal to Marseille may be off the cards now with the French club being handed a transfer ban, the same can be said for William Saliba. Guendouzi has made thirty-one appearances for the club this season, scoring 3 times and creating 9.

Once a much loved figure within the Emirates set up, Bellerin has fell out of favour in recent years, with many supporters voicing dismay at poor performances. The Spaniard made the switch to La Liga in the summer joining Real Betis, where he has been very impressive, however it remains to be seen where he will stand upon return to the Emirates with Takehiro Tomiyasu his competition for a starting spot, his future may be elsewhere or as back up to the Japanese international, should Cedric depart in the next transfer window. Bellerin has made nineteen appearances for the Spanish outfit, creating 4 goals.

The Uruguayan international is also spending his second campaign away from the club, following what many see as an unsuccessful spell with Atletico Madrid in La Liga, despite a league title. The midfielder made his switch to Italy, joining Fiorentina on loan this time where he has made twenty appearances, scoring twice and assisting once. There was hope that the twenty-five year old could be used in a deal to bring Vlahovic to London, but the club were unsuccessful, with the Serb making the switch to Juventus instead.

The Icelandic born keeper joined as a back up option to Bernd Leno, however with the German keeper now being second to Aaron Ramsdale, Runarsson has since been loaned out joining Belgian side Out-Heverlee Leuven, he's made eleven appearances keeping one clean sheet and conceding seventeen goals, there is an option to buy at the end of the loan spell.

Another player making the switch to Italy, Mari joined Udinese on loan for the remainder of this season, the Brazilian centre-back has only played three times this season in England and has gone out in search of more playing time, he is yet to make an appearance with the winter break currently.

The English striker went to the Championship early on in the season joining Blackpool, however a lack of minutes for the twenty year old saw him recalled in January, he has since gone out on loan again, this time to League 1 Sheffield Wednesday. Already with an appearance off the bench for Wednesday, he will be hoping to make his mark on the league soon, failing to score for Blackpool in the league but did get two goals in the EFL Cup.

Another player that everyone is excited about within the club, the American has been vocal about wanting to get himself some first team minutes, earning some at the start of the season with a high number of players out with Covid, he failed to really make an impact during those games. This month saw him join the division below with Middlesborough, making one appearance off the bench, he made his impact immediately with an assist 2 minutes after being brought on.

The nineteen year old Estonian national was on the bench for Reading during their 4-0 defeat at QPR, he will also be hoping to get some time in the first team soon and his case will be helped with the first choice conceding 4 goals.

The young English midfielder is another player who fell out of Arteta's plans, the start of the season during the first transfer window saw him post to Instagram begging for a move away from the club stating he "just wants to play". Since then he did earn some playing time, making eight appearances in the league and one in the cup with one assist, but this month saw him seal a move to AS Roma in Serie A, with four appearances to his name since the switch. The twenty-four year old will be hoping he can either gain some minutes returning to Arsenal, or his loan performances are enough to earn a move away from the club.

A young prospect still at the age of twenty-two, the English left winger saw the season start with a switch to the Eredvisie in the Netherlands, since joining, he's played for Feyenoord seventeen times with an assist and a goal to his name. An exciting talent to watch, Arsenal fans will be hoping they can hold on to him, as they could be haunted by the past mistake of letting a young winger go in Serge Gnabry, who went on to enjoy a very successful period with FC Bayern Munich, and is still very much an important part of the set up there.

There are honourable mentions to add to the list and these are for different reasons, one being a new signing added on deadline day, this is Turkish born centre-back Auston Trusty, who will remain in the MLS with Colorado Rapids until the summer. The second of these is Miguel Azeez, the nineteen year old English midfielder returned from a loan spell with Portsmouth this month making 6 appearances and netting once, he will be hoping for a run in the first team following from his recall.

Exclusive: Martin Odegaard to be named Arsenal captain 13 days ago

The Warmdown: Spurs better 10-man Arsenal in NLD 2 months ago

Analysis: Arsenal must stop the drop 2 months ago
//