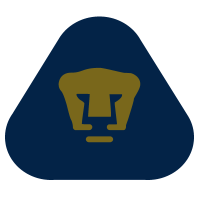 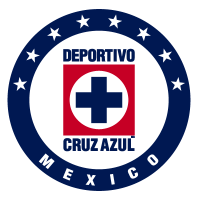 Thank you for following the broadcast of the return game between Pumas and Cruz Azul. Please go to VAVEL.COM for more details on the Mexican football final.
11:19 AM2 months ago

Pumas vs León is the grand final of Guard1anes 2020. The first leg on Thursday in the capital, the return on Sunday in León.
11:14 AM2 months ago

Pumas made the great comeback in the history of the leagues and defeated Cruz Azul. The overall score was 4-4, which advanced to the final due to their better position in the table.
11:09 AM2 months ago

One minute left. Cruz Azul turns on the attack.
10:59 AM2 months ago

Vigon finishes inside the area and scores 4-0

Last minutes. Pumas are one goal away from advancing to the final.
10:39 AM2 months ago

Waller with the very long distance shot that goes over the top.
10:34 AM2 months ago

Gonzalez's shot that is covered by Dominguez's sweep.
10:29 AM2 months ago

Now Yotun is lying on the field, hurting from a previous foul.
10:24 AM2 months ago

Waller service from the left side that easily reaches the jury.
10:19 AM2 months ago

Change of Pumas. Mendoza entered and Iturbe left.
10:14 AM2 months ago

Centre of Orbelin that falls short at the first post and rejects the defensive.
10:09 AM2 months ago

Change of Pumas. Enter Waller and it was all for Lopez.
10:04 AM2 months ago

Gonzalez's bad start at the top of Orbelin.
9:59 AM2 months ago

Vigon's foul on Rivero causes him to be shown the yellow card.
9:54 AM2 months ago

Rivero's free throw that comes out very deflected.
9:49 AM2 months ago

Iturbe knocks down Romo and is painted yellow.
9:44 AM2 months ago

Change of Cruz Azul. Yotun enters and Alvarado leaves.
9:39 AM2 months ago

Freire's full head that goes to the hands of the Jury.
9:34 AM2 months ago

Centre of Vigon and reject of Escobar.
9:29 AM2 months ago

Romo tries to filter the ball, but the Pumas' defence continues to look good in their area of play.
9:24 AM2 months ago

Rodriguez's service that goes way off course.
9:19 AM2 months ago

Centre of Rodríguez and González's header that goes slightly up.
9:14 AM2 months ago

Now the header is from Dominguez who goes over, but Cruz Azul is still close.
9:09 AM2 months ago

Escobar's header from a direct free kick that goes sideways.
9:04 AM2 months ago

Mayorga leaves and Rodriguez enters.
8:59 AM2 months ago

Rivero with the service provided by González.
8:54 AM2 months ago

Mayorga is left lying on the ground after a heavy blow and is thrown into the cart of misfortune.
8:49 AM2 months ago 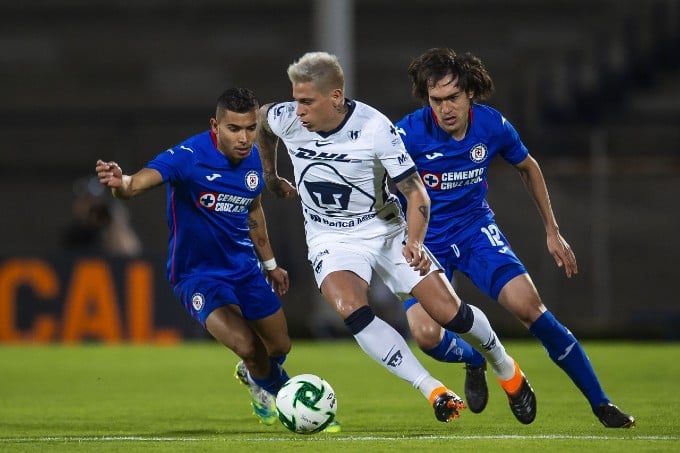 The Cabecita shot and a great save by Gonzalez.
8:29 AM2 months ago

Gonzalez's medium distance shot that cuts off the Jurado.
8:24 AM2 months ago

The VAR indicates that it was previously out of the hands of Romo, who marked the service.
8:19 AM2 months ago

The VAR is reviewing the alleged failure of Freire to Rodriguez.
8:14 AM2 months ago

The referee has scored a penalty and then Gonzalez is going to claim Rodriguez.
8:09 AM2 months ago

Out of place in Vigon after a long centre.
8:04 AM2 months ago

Carlos Gonzalez with the cross shot for the 3-0.

Although they didn't get very far, the Pumas were effective in the final zone and there will be a lot of drama in the second half.
7:44 AM2 months ago

After the play was reviewed, it was noted as valid by Juan Dinenno.

The play inside the area is being checked for misplacement.
7:34 AM2 months ago

Juan Iturbe is out of place and the goal to the Pumas is cancelled.
7:29 AM2 months ago

Iturbe tries to overflow on the right side, but in the end he negotiates a corner kick.
7:24 AM2 months ago

Centre of Mayorga that goes very deviated, where Lopez remained lying in the middle of the field.
7:19 AM2 months ago

Roberto Alvarado is yellow carded after a foul on Iniestra.
7:14 AM2 months ago

Centre of Orbelin, but the defense rejects from the side.
7:09 AM2 months ago

Cruz Azul has not yet achieved clarity in front of the opposing goal, but has more of the ball.
7:04 AM2 months ago

Long service from Rodriguez to Rivero who is no longer able to control by the band.
6:59 AM2 months ago 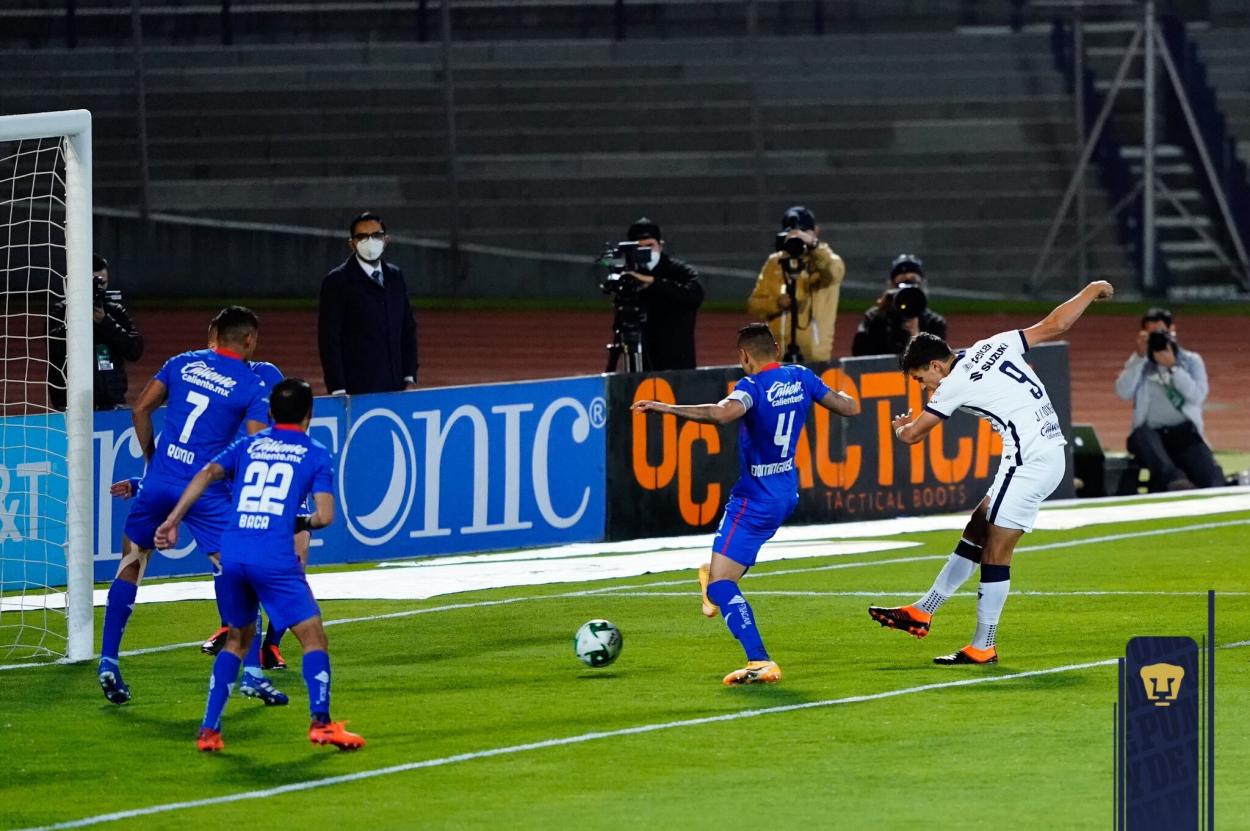 There is one player left lying in Blue Cross and the assists are already in.
6:49 AM2 months ago

Rodríguez's centre for Rivero's shot covers the defence with some problems.
6:44 AM2 months ago

Centre of Iturbe that falls short at the first post and rejects the defensive.
6:39 AM2 months ago

Little by little Cruz Azul begins to have more of the ball and Pumas have less clarity on the front line.
6:34 AM2 months ago

Orbelín's centre after several bicycles, but that the defense rejects, although later Mozo commits the fault to Romo.
6:29 AM2 months ago

Iturbe free shot that hits the barrier.
6:24 AM2 months ago

Alan Mozo is fouled on the edge of the area and the referee sanctions it. Free kick in favour of Pumas.
6:19 AM2 months ago

Pumas holding the ball and stalking the machine. The goal has come to give strength to the university team.
6:14 AM2 months ago

Dinenno within defined area after the corner kick. The Pumas keep the illusion alive.

Rodriguez tries to take the shot, but Pumas' defense closes the spaces and prevents him from shooting.
5:59 AM2 months ago

The centre is closed to the second post, which can be diverted by Gonzalez from a corner.
5:54 AM2 months ago

The match begins at the University Olympic Stadium.
5:49 AM2 months ago

The teams are already in the team and will enter the MX League protocol.
5:44 AM2 months ago

This is how the Cruz Azul jumped a few moments ago 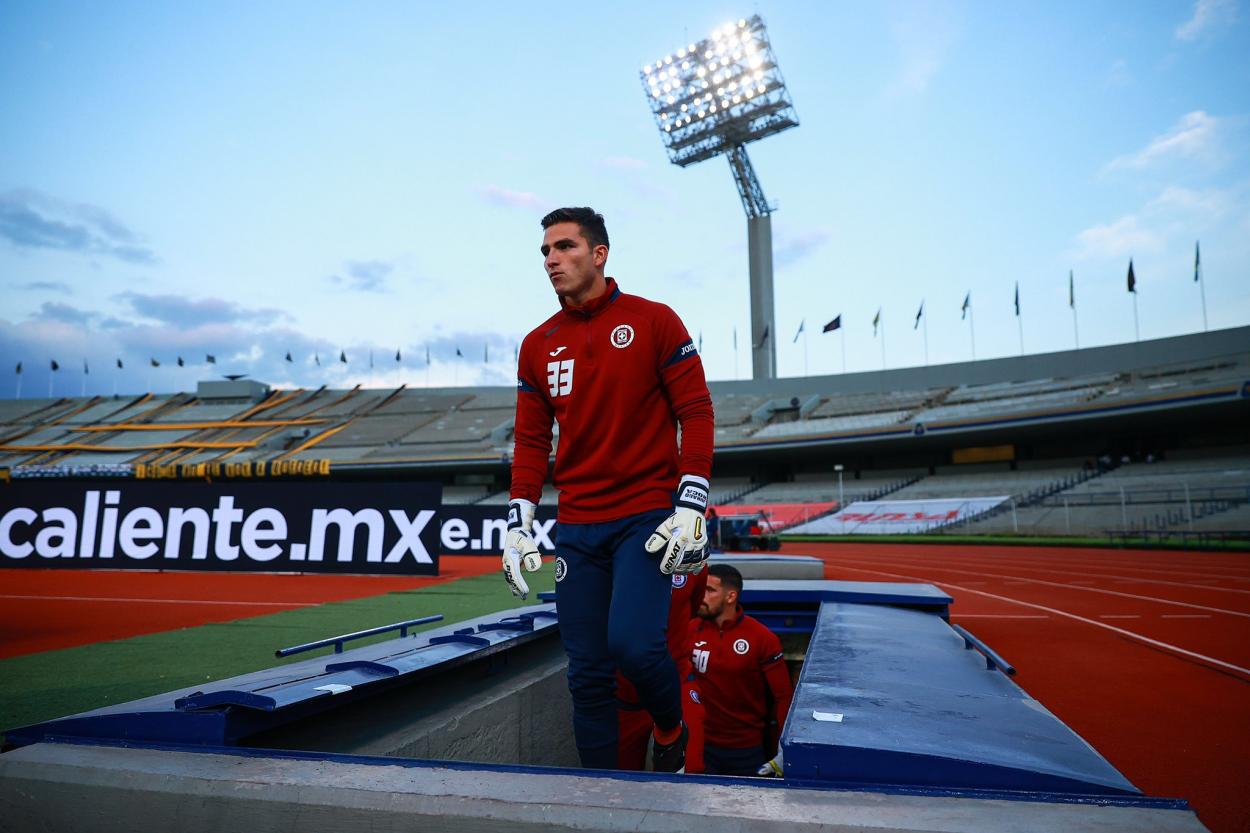 We are close to the start of the return game between Pumas and Cruz Azul, will there be a comeback?
5:34 AM2 months ago

This is how the hobby was presented

The fans of Pumas supporting in good times and bad and thus have supported their team for the second semifinal. 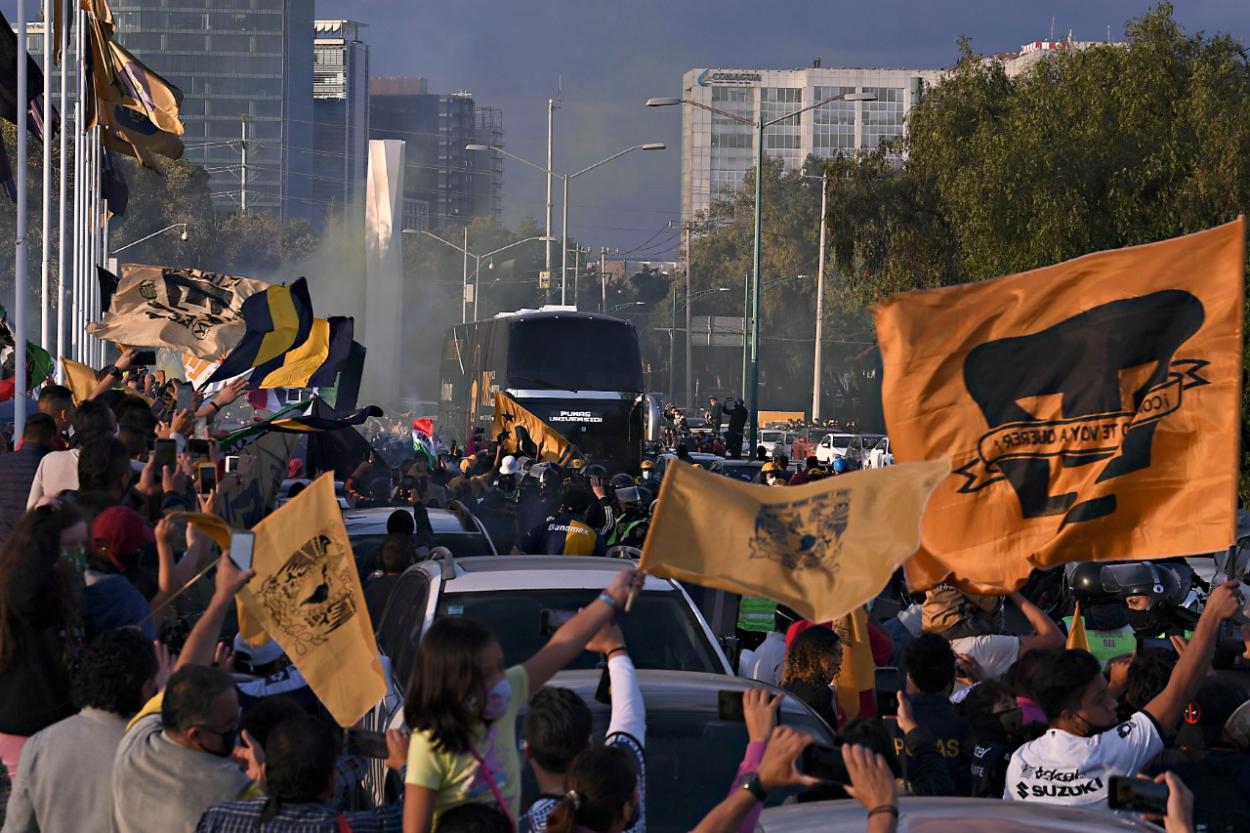 It should be remembered that the Lion beat Chivas 2-1 on aggregate this Saturday and is in the final. Cruz Azul's last title came 23 years ago against the Lion and history can repeat itself.
5:24 AM2 months ago

Jesús Corona stays on the bench today and his place, for the first time, will be taken by Sebastián Jurado.

Cruz Azul needs not to lose by 4-0 to advance to the grand final where they will face the León. 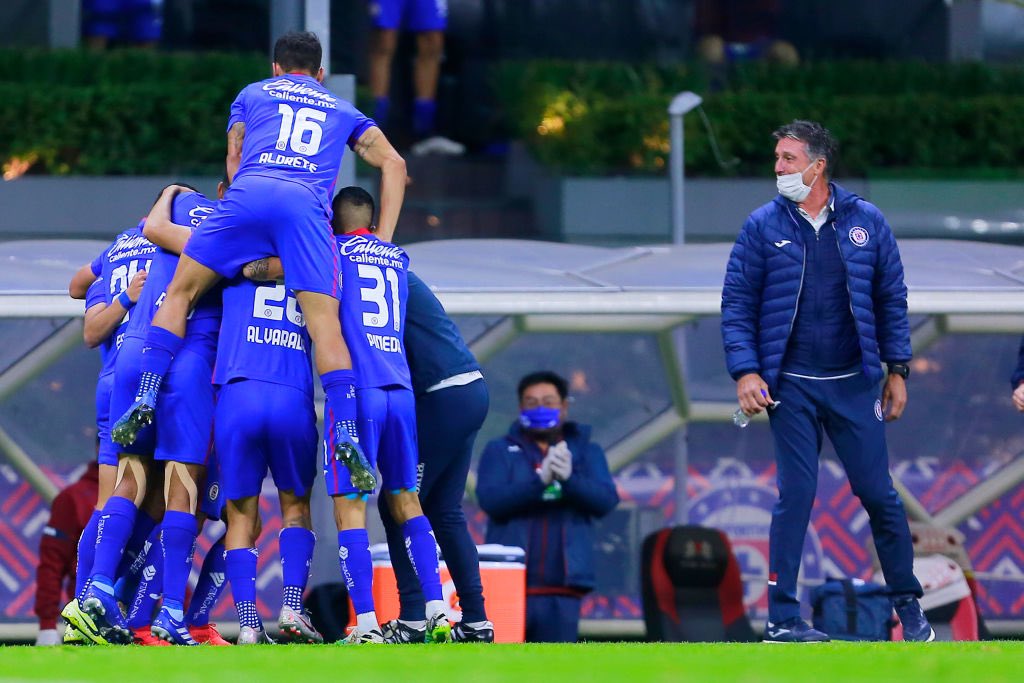 This is how they will jump

Pumas will go out with everything in search of four goals and one man will be key is Juan Iturbe, because by his feet the danger will be generated to the offensive. 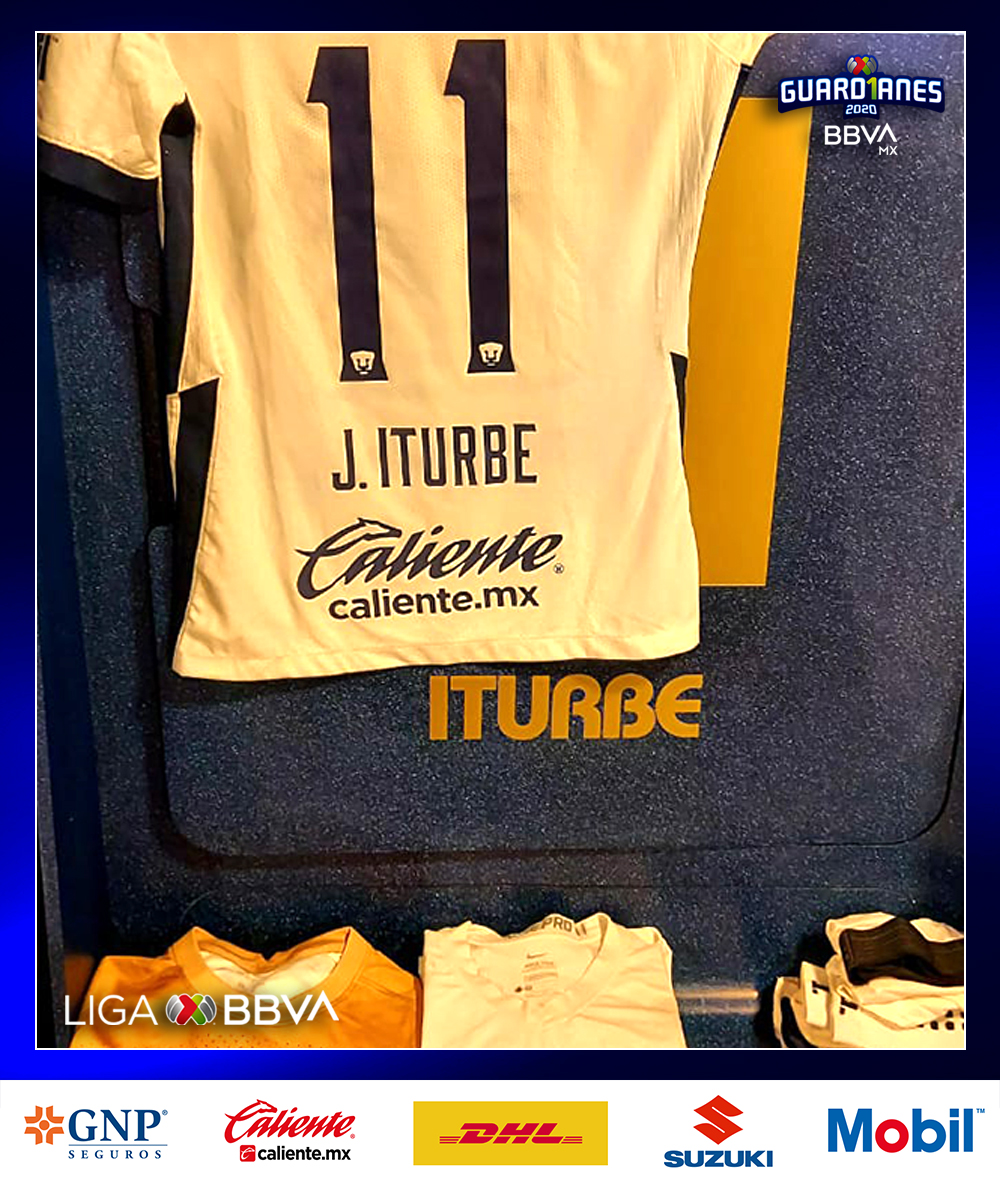 The leaders of Pumas

These have been the key players for the Pumas throughout the Guard1anes 2020 tournament group stage. 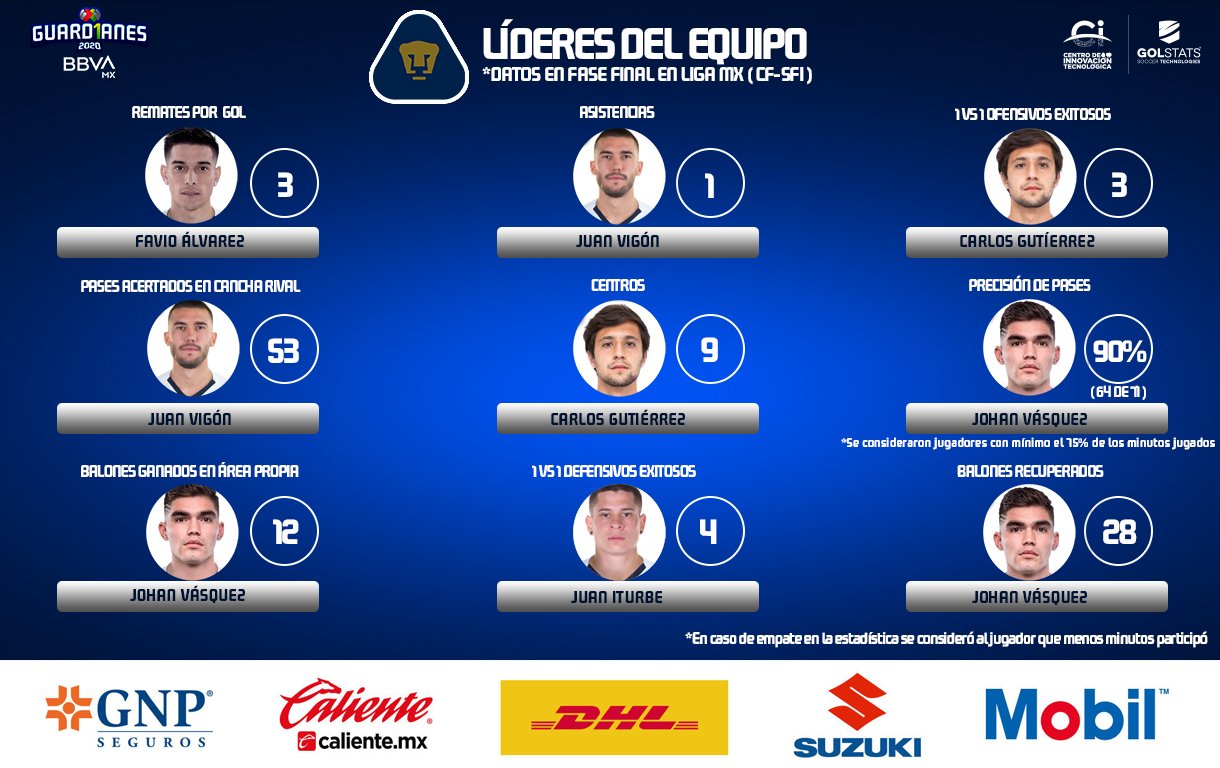 The substitutes for Pumas

These are the players you will have on the Lillini bench:

Martínez replaces the injured Aldrete and there is a change in the goal, since Corona is not there and Sebastián Jurado is.
4:59 AM2 months ago

What you need Cruz Azul?

Cruz Azul needs to win, draw or even lose by three goals to advance to the semi-finals. A 4-0 score would eliminate them, but a 5-1 score would still qualify them. 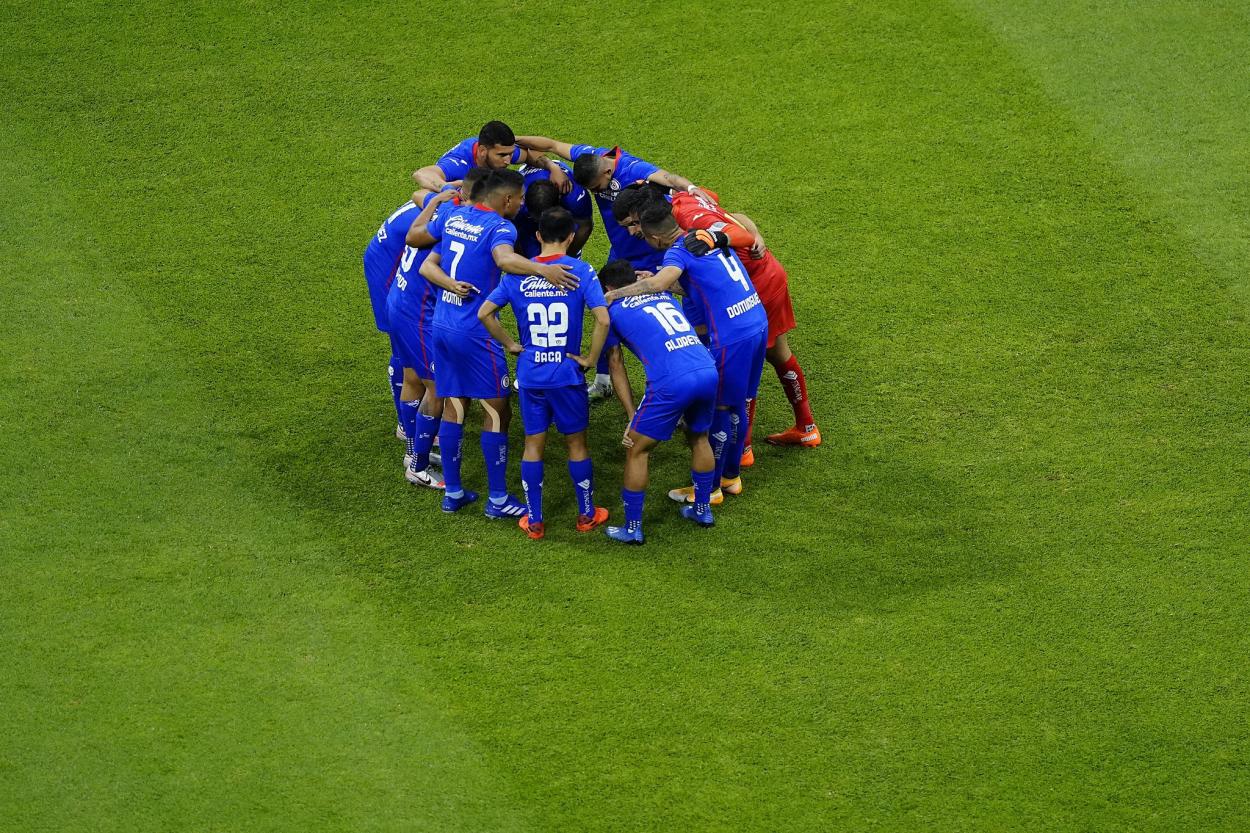 Do not make mistakes

Lillini acknowledged that they cannot make the same mistakes on the lap, but they will try to do their best in the last 90 minutes.

"In the first 10 minutes of a defining game we lost everything we did on 20 dates. It's a very big sadness and the spirit is typical of this painful defeat. They were 10 minutes in which everything what it was strategically planned fell and with a team of this hierarchy it is difficult to go ahead; and in the second time they finished making us one against".

Despite the home win, Robert Dante Siboldi indicated that they have not yet won anything, although he pointed out that the way they play is worth getting excited about:

"We always have the illusion. He could not tell people not to get their hopes up, but we still haven't won anything. It was a very good game that gave the boys, with a good performance and a result that must round off the next game, we hope to make a good game at CU to continue to get our hopes up".

Confident about the comeback

The canterano Erik Lira said that everything is possible in football and they may be able to come back at home:

"There have been many comebacks in football, in Pumas in 2015 they were losing 3-0 and in the end it was nothing. If they scored three goals in 10 minutes, why not us? If they put four goals in their house, we can put five in ours, we are convinced that it can be done.

In a few moments the alignments of the Pumas vs Cruz Azul
4:24 AM2 months ago

These have been the statistics of both teams throughout the Guard1anes 2020 tournament. 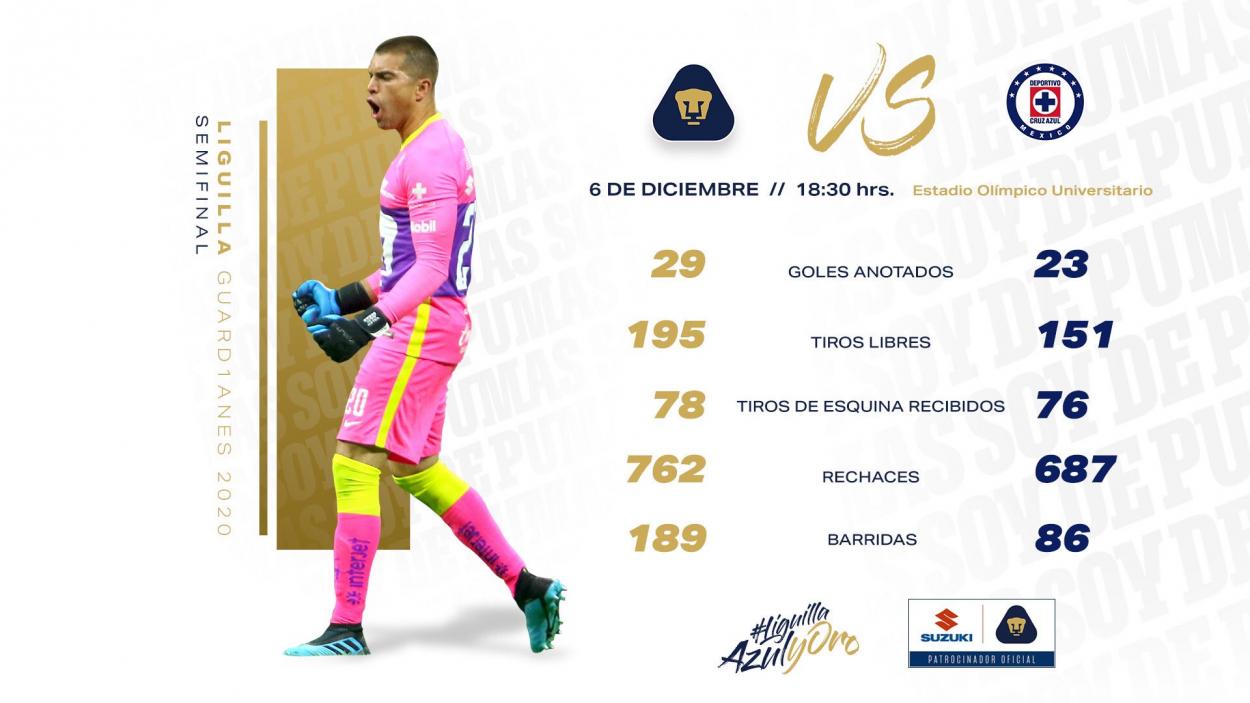 The Pumas will attempt a historic comeback against Cruz Azul and need four goals to advance to the final. We start with the second leg semi-final.
4:14 AM2 months ago

Do not miss a detail of the match with the live updates and commentaries of VAVEL. Follow along with us all the details, commentaries, analysis and lineups for this Pumas vs Cruz Azul match.
4:09 AM2 months ago

Cruz Azul beat Pumas 4-0 in the first leg, so the university students need to win by the same score if they want to pass, and therefore avoid conceding a goal as an away team (Pumas have not beaten Cruz Azul 4-0 since 1989).
4:04 AM2 months ago

How to watch Pumas vs Cruz Azul Live TV and Stream

Luis Romo has had a dream group because not only does he have the ability to mess with a fifth defender, but he also knows how to step into the opponent's area and in the postseason he has already scored three goals. 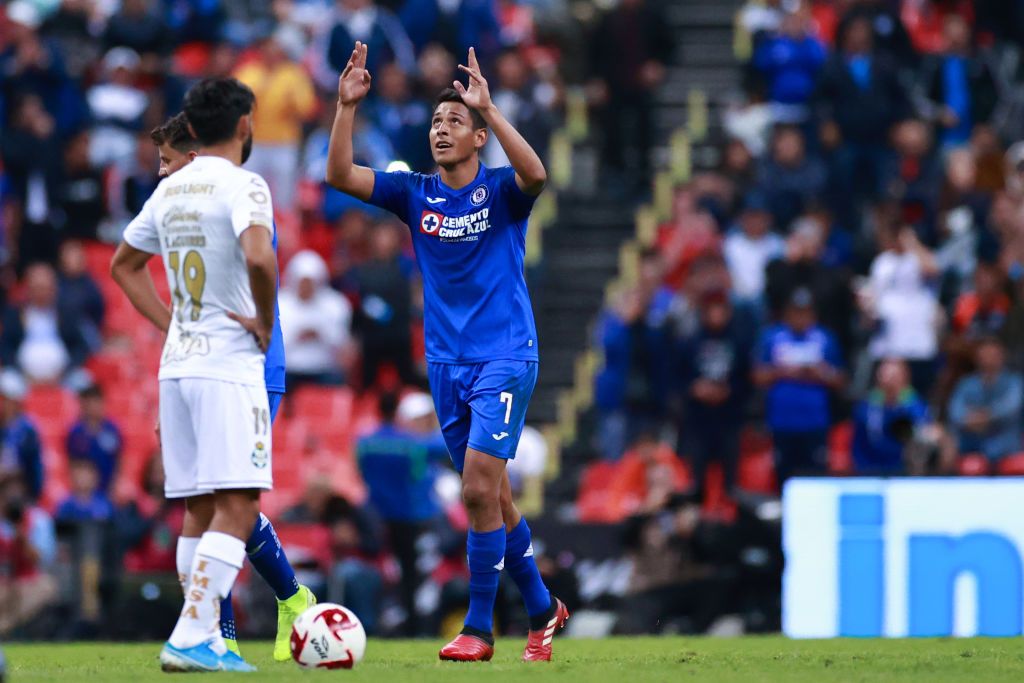 If the university students want to create an epic comeback, the Paraguayan Carlos González will have to stand up with his fine and accurate aim and think about the miracle. 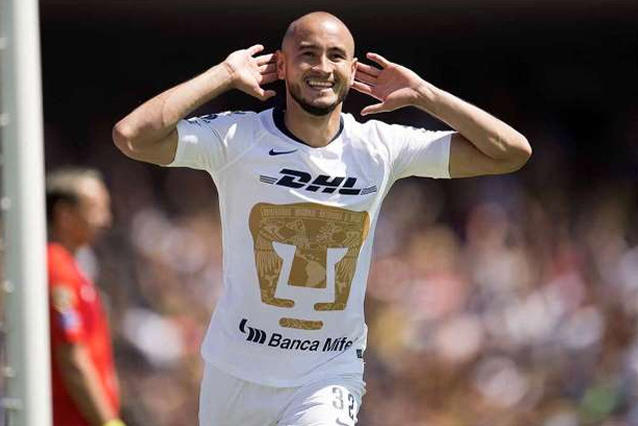 Referee for Pumas vs Cruz Azul

Pumas vs Cruz Azul will be arbitrated by César Arturo Ramos Palazuelos
3:44 AM2 months ago

Cruz Azul: mark as a visitor

Beyond the goals they may concede, the Machine knows that scoring one goal as an away team would force the opponent to score six.
3:29 AM2 months ago

Pumas: rowing against the current

It will be key that the Pumas can score a goal before the 15 minutes to gain in confidence and if they can go with two at half time it would be great.
3:24 AM2 months ago

The Pumas vs Cruz Azul match will be played at the stadium Olímpico Universitario, in Mexico City. The kick-off is scheduled at 7:30pm ET.
3:19 AM2 months ago