Our coverage of the match between Boca Juniors and River Plate in the quarterfinals of the Copa Argentina comes to an end. Thank you for joining us! Stay tuned to VAVEL.com to keep up to date with the world of sports.
8:12 PM21 hours ago

Héctor Martínez scores. If Boca scores it goes to the quarterfinals.
8:09 PM21 hours ago

Good shot by Juan Ramírez. Armani could not reach it.
8:07 PM21 hours ago

Marcos Rojo put it to the right post and Armani went to the other.
8:05 PM21 hours ago

The regulation time ends with a goalless draw and THERE ARE PENALTIES!
7:57 PM21 hours ago

Four more minutes will be played in the match.
7:55 PMa day ago

Juan Ramírez was cautioned in Boca.
7:47 PMa day ago

Boca lost the ball at the start, the ball was left for Braian Romero who shot a shot that went very close to the left post.
7:44 PMa day ago

Carlos Zambrano was left lying on the ground and is being checked by the medical staff.
7:36 PMa day ago

70' The score does not open

Marcos Rojo is cautioned in Boca.
7:16 PMa day ago

A good pass from Braian Romero to José Paradela, who took a cross shot, but the ball went wide.
7:13 PMa day ago

Zuculini's shot was caught by Rossi.
7:13 PMa day ago

The second half gets underway between Boca and River.
7:12 PMa day ago

End of the first half. 0-0 draw between Boca and River at the Ciudad de La Plata Stadium.
6:53 PMa day ago

Paulo Díaz cautioned for River. Third in the team, fourth yellow card of the match.
6:52 PMa day ago

Three more minutes are played in the first half.
6:51 PMa day ago

44' Last minutes of the first half

Still no score is opened and the end of the first half is near.
6:46 PMa day ago

38' River tries to put the game in its favor

In the last few minutes, River had the ball more frequently. Boca had to retreat.
6:41 PMa day ago

Diego González is cautioned in River for a hard foul on Nicolás De La Cruz.
6:39 PMa day ago

Julián Álvarez arrived on the left, made Izquierdoz follow him long, crossed the ball and Rossi managed to touch it so that it did not reach Braian Romero who missed it in front of the goal.
6:37 PMa day ago

30' Half an hour into the match

The match is very tight. There is a constant feeling of danger from Boca.
6:32 PMa day ago

Now Héctor Martínez is cautioned for River. Second of the game.
6:27 PMa day ago

Enzo Pérez is cautioned for River. First of the game.
6:22 PMa day ago

The game is slow, with much of the play taking place in the middle of the field, although Boca seeks to be more insistent in attack.
6:17 PMa day ago

10' The score does not open

For the moment the teams are not hurting each other. The match is still 0-0.
6:12 PMa day ago

The game between Boca and River for the round of 16 of the Argentine Cup is underway.
5:57 PMa day ago

How to watch Boca vs River Live Stream on TV and Online?

If you want to watch the game Boca Juniors vs River in streaming, your option is: TyC Sports

Hello everyone! Welcome to the live broadcast of the Boca Juniors vs River Plate match, valid for the round of 16 of the Copa Argentina 2021.

My name is Jhonatan Martínez and I will be your host for this match. We will provide you with pre-match analysis, score updates and live news here on VAVEL. 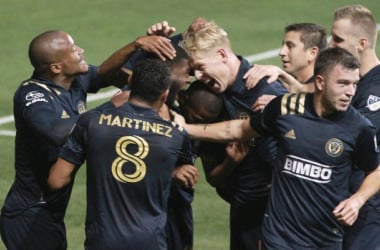 Chicago Fire 0-0 NYCFC: The points are shared at Soldier Field 19 hours ago

Seattle vs FC Dallas preview: How to watch, team news, predicted lineups and ones to watch a day ago 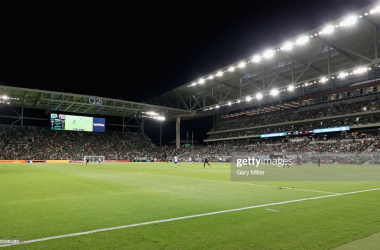 Austin FC vs Houston preview: How to watch, team news, predicted lineups and ones to watch 11 hours ago