Two minutes of aggregate time are given
9:55 PM10 days ago

GOOOOOL! Tecate capitalizes on its arrivals and gets the equalizer for the Tricolor.
9:36 PM10 days ago

Panama is saved! Córdova tries a left-footed shot on goal and Mejía makes a great save.
9:30 PM10 days ago

Close! Corona again hits the post with a shot from half distance.
9:26 PM10 days ago

Archer! Mejia makes a great save from Luis Romo's shot that he takes a shot from a quick throw-in.
9:14 PM10 days ago

At the end of the first half, Panama wins by the minimum at halftime
8:54 PM10 days ago

Corona is fouled in the area but the central defender Escobar does not mark the foul.
8:49 PM10 days ago

Out of place of the Mexican National Team
8:39 PM10 days ago

Panama goal. La Marea Roja takes the lead with a goal by Rolando Blackburn, taking advantage of a rebound by Ochoa.
8:34 PM10 days ago

Kitty! Corona settles in with his right foot and takes a shot from half distance, but Mejia does a great job and sends the ball to the corner.
8:29 PM10 days ago

Great play by the Tricolor. Orbelin serves to Jorge Sanchez who crosses well for Funes Mori but the striker can't finish and misses the chance. At 7' La Marea Roja made a forced change due to injury, Adalberto Carrasquilla came out and Abdiel Ayarza came in.
8:24 PM10 days ago

Mexico tries to react and Jesús 'Tecatito' Corona has the first chance on the right flank
8:19 PM10 days ago

Ochoa! Panama's first warning with a shot by Quintero that the Mexican goalkeeper manages to clear with his feet as a last resort.
8:14 PM10 days ago

Actions kick off at the Rommel Fernandez stadium
8:09 PM10 days ago

Jorge Sanchez and the entire Mexican team take the field at the Rommel Fernandez stadium for warm-up exercises. 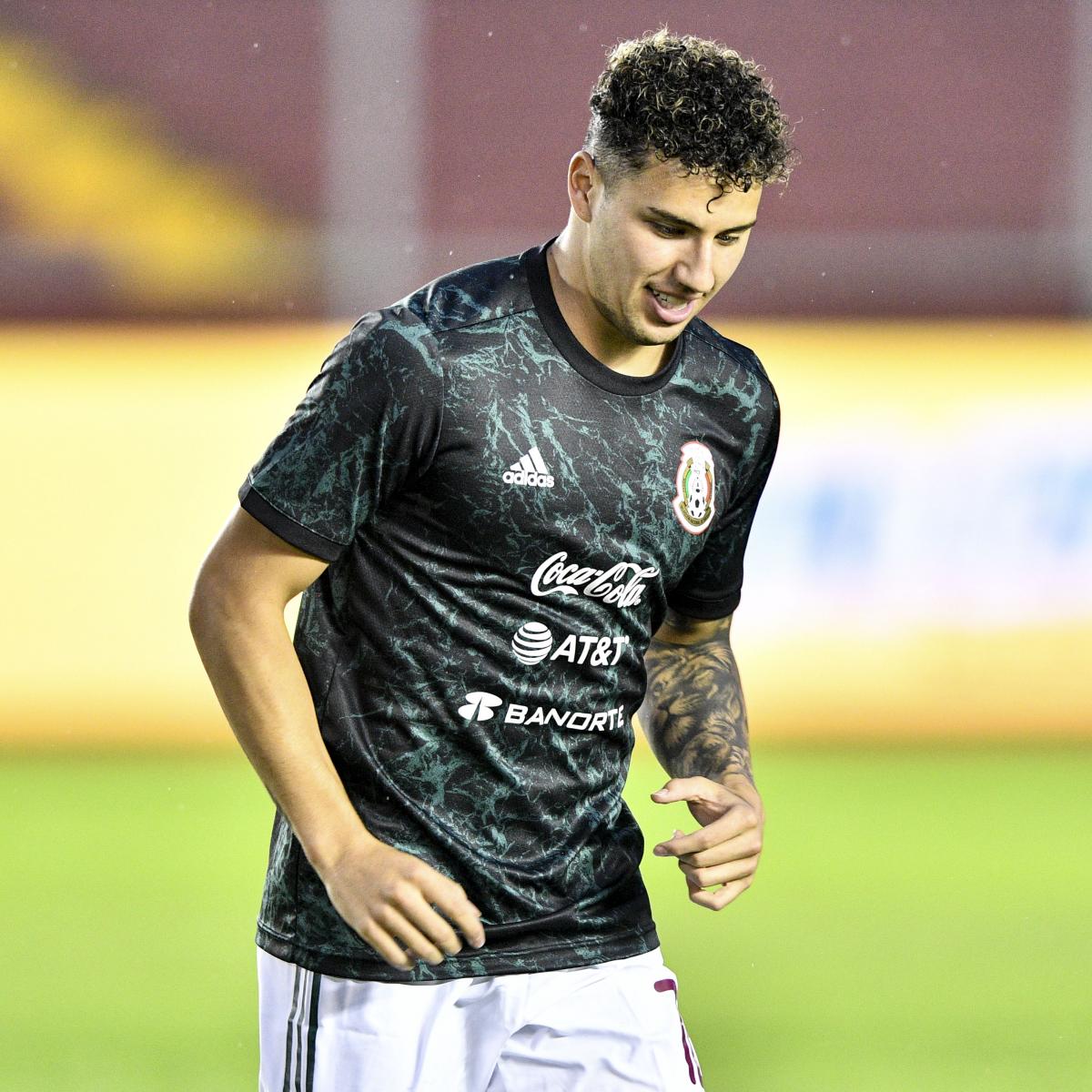 The Mexican National Team is very active on their social networks and in a very good mood within the team before facing Panama. Here is one of their videos that they shared on their Tik Tok account.

This is the lineup that Thomas Christiansen sends to face Mexico

There will be fans at the Rommel Fernandez

Despite the health alert and the curfew for Covid in the Canal nation, the Panamanian Football Federation reported that around 16,000 tickets have been sold for tonight.

The dressing room is ready and the Mexican National Team is showing it off on its networks with the jersey of Orbelín Pineda, who scored a penalty kick in the match against Costa Rica. 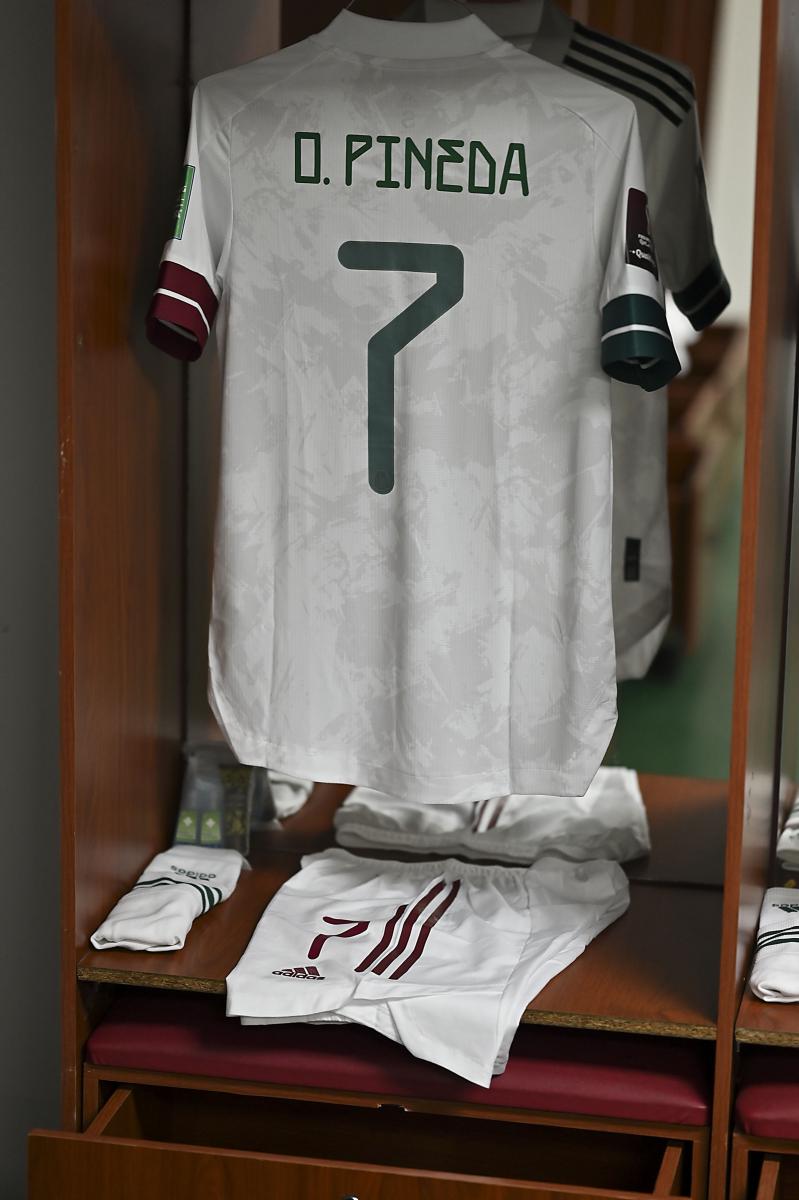 Last game of the round

The Mexican National Team is about to play its last match of this first round of the CONCACAF final octagonal and will do so against Panama, whom they want to beat to reach a perfect 9 points, which, if achieved, would be the best record for El Tri in the last World Cup cycles.

The last match between these two nations during the qualifiers was in 2017, where the Mexicans won by the slimmest of margins.

Do not miss a detail of the match Panama vs Mexico live updates and commentaries of VAVEL
7:19 PM10 days ago

How to watch Panama vs Mexico Live Stream on TV and Online?

If you want to watch the game Panama vs Mexico live on TV, your options is: Canal 7, TUDN.

What time is Panama vs Mexico match for Qualifying CONCACAF?

This is the start time of the game Panama vs Mexico on 8th September in several countries:

The Rommel Fernandez Gutierrez Stadium located in Panama City, is a stadium used for different sports disciplines, and mainly for the realization of soccer games. It was inaugurated on February 6, 1970, designed to host the XI Central American and Caribbean Games 1970. Through new reforms, it managed to reach the current capacity of 32,000 spectators, being the largest soccer stadium in Panama, it is part of the Irving Saladino Sports City.

The original name of the stadium was Estadio Revolucion, but in 1993 it changed its name to Estadio Rommel Fernandez in honor of this Panamanian soccer player who died in a traffic accident in the Spanish city of Albacete, on May 6, 1993, the stadium hosts the matches of the Panamanian national soccer team, as well as the final of the Panamanian Soccer League (LPF).

Its major remodeling took place at the end of the 2000s, where the stadium changed its shape and facade completely, and where seats were installed throughout the stadium, a new giant screen, a new athletics track, and was fully equipped with modern equipment. The stadium was reopened on the occasion of the IX Central American Sports Games 2010, held in Panama and El Salvador.

This stadium will once again host one of the classic matches between Panama and Mexico. 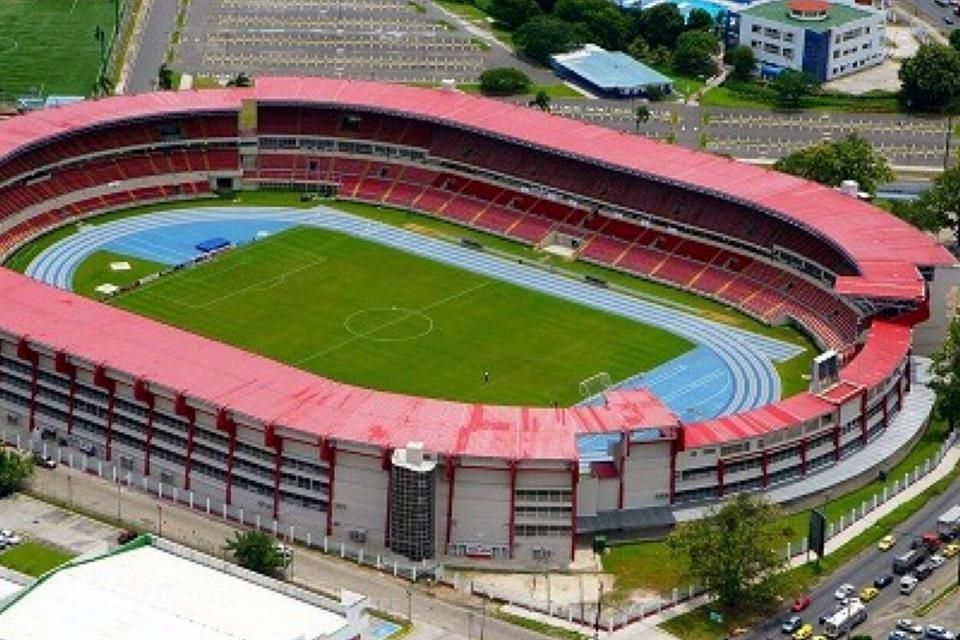 It was announced that Alexis Vega and Edson Álvarez will not be available for the Tricolor. The former will return to Guadalajara to begin his rehabilitation after the sprain suffered against Costa Rica. In the case of Álvarez, he will be suspended for two yellow cards.
6:59 PM10 days ago

Statements by the technical assistant

Jorge Theiler, Technical Assistant of the Mexico National Team, who replaces Gerardo Martino during this FIFA date, held a virtual press conference prior to the third match of the third date of the CONCACAF qualifiers for the 2022 FIFA World Cup Qatar against Panama, to be played this Wednesday, September 8 at the Rommel Fernandez Stadium in Panama City.
"The boys are looking forward to tomorrow's match, with very high spirits, with the logical fatigue of having faced the two games against Jamaica and Costa Rica, but very eager to play and defend Mexico's jersey in the Qualifying Round".

Finally, Jorge Theiler clarified that tomorrow they are expecting a different Panamanian squad than the one that played in Nashville: "They are not the same players, Panama has changed almost seventy percent of the players that started against Jamaica and the one that played in Nashville. They will surely be a different team, they come in a different way, they will take their precautions, they are playing very well and when the match starts we will know how they will approach and how they will play".

The coach of the Mexican national team, Gerardo Martino, was unable to travel with his team after undergoing an eye operation to prevent retinal detachment.
6:49 PM10 days ago

Panama is in the chase with a great performance so far, positioning itself in second place. The Canaleros are second in the standings with a win and a draw.
6:44 PM10 days ago

The Mexican National Team is momentarily the zone leader. With the advantage of two victories from the two games played, El Tri is in first place with six points, obtained from their victories against Jamaica and Costa Rica. They want to finish with a victory against Panama in order to get ahead of the Panamanians, who are in second place.
6:39 PM10 days ago

The final CONCACAF octagonal to define the tickets for those who will go to Qatar 2022 has kicked off. Of the 35 nations that participate in the confederation, only three have access to a direct ticket, while the fourth must go to an international playoff for their place in the top soccer event.
6:34 PM10 days ago

CF Montréal vs Chicago Fire preview: How to watch, kick-off time, team news, predicted lineups, and ones to watch 8 hours ago