It's over! América adds three points to three and continues at the top.
9:01 PMa month ago

Close! Viñas' shot that the goalkeeper prevents from entering his goal, then Reyes appears and comes close to the third goal.
8:54 PMa month ago

Changes in America. Mario Osuna and Nicolás Benedetti are replaced by Álvaro Fidalgo and Sebastián Córdova.
8:52 PMa month ago

Goal, goal, goal for America! Sebastián Córdova gets up inside the box and sends in an accurate header, giving the visitors the lead.
8:49 PMa month ago

Change for Santos. Eduardo Aguirre comes out for Jesús Ocejo.
8:41 PMa month ago

He's leaving! After a stomp on Layún's foot, the referee decides to send off the Santos player.
8:37 PMa month ago

Goal, goal, goal by Santos! Fernando Gorriarán sends a fierce shot from the penalty spot to tie the match.
8:36 PMa month ago

Penalty for Santos! Salvador Reyes hands the ball in the trajectory of the ball inside the home team's area and the referee awards a penalty kick.
8:36 PMa month ago

Goal, goal, goal for Querétaro! Álvaro Fidalgo appears at the far post and heads the ball into the back of the net.
8:31 PMa month ago

Reyes' cross for Martínez, but the ball is too high and Lajud ends up winning the ball.
8:26 PMa month ago

Campos generated danger in Ochoa's area, but Cáceres ended up intervening in the play.
8:24 PMa month ago

Dangerous shot by Roger Martínez, but the defense deflects the ball and it ends up going out of bounds.
8:15 PMa month ago

A dangerous cross from América, but Dória intervenes and prevents further danger.
8:09 PMa month ago

The complement starts in Mexico City.
7:53 PMa month ago

The first half is over, and at halftime the score is still not open.
7:50 PMa month ago

Córdova's pass to Roger, but the goalkeeper comes out and prevents the latter's shot from entering the net.
7:48 PMa month ago

Layún's cross, but Reyes fails to reach the pass.
7:45 PMa month ago

Whew! The match is quite tight in the midfield, a series of fouls by both teams have prevented the match from running smoothly.
7:36 PMa month ago

Córdova's left-footed shot, but the midfielder ends up sending the ball into the stands.
7:32 PMa month ago

Miguel Layún sent in a cross but Córdova couldn't get to the ball.
7:29 PMa month ago

Martínez's cross, but the ball ended up in Lajud's hands.
7:26 PMa month ago

The first few minutes were quite hard-fought by both teams, both looking for the opponent's goal.
7:21 PMa month ago

Roger Martínez's shot, but Lajud keeps the ball without problems.
7:15 PMa month ago

Defensive cross by Fidalgo avoiding the arrival of Santos.
7:06 PMa month ago

The match kicks off at the Azteca Stadium.
6:59 PMa month ago

Both teams take the field and get ready to give a good match this afternoon at the Azteca Stadium.

América is already at home, and the locals will be looking to continue to produce good results and give their fans something to cheer about.
6:44 PMa month ago

Santos is already present at the Azteca Stadium, the team led by Guillermo Almada will be looking to leave the stadium with the three points.
6:36 PMa month ago

Roger Martínez, Álvaro Fidalgo and Salvador Reyes will be looking to do some damage in the opponent's goal; all three have scored three goals this season.
6:28 PMa month ago

América and Santos are among the best defenses in the tournament; with 7 and ten goals against, both teams will be looking to avoid conceding goals.
6:22 PMa month ago

América and Santos have had good duels between them; of all the matches played, the locals have 31 victories against 15 for Santos; in addition to 15 ties. 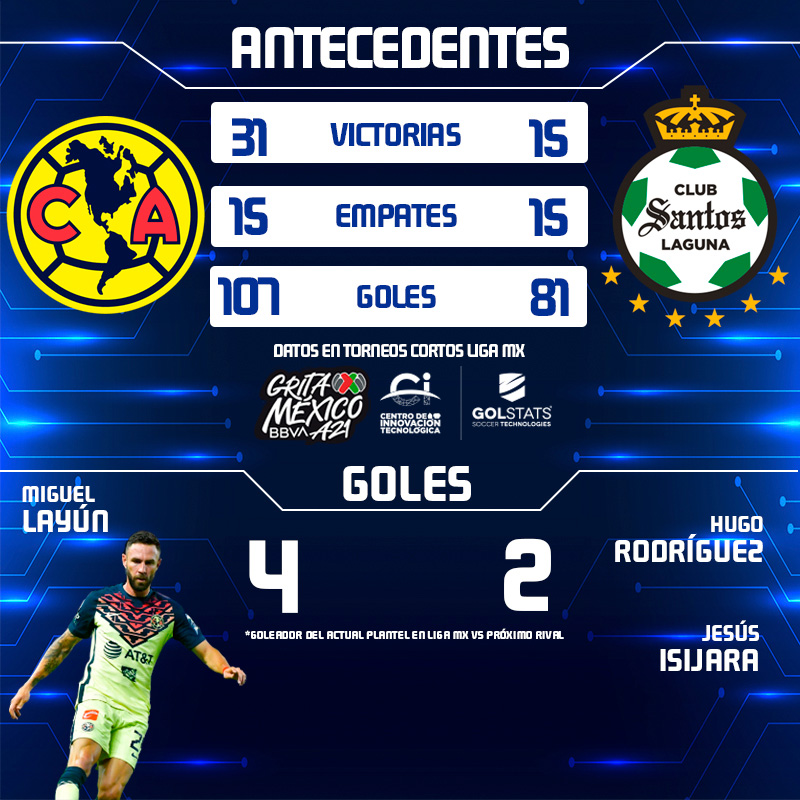 América has 17 goals in this tournament; on the other hand, Santos has scored 14 goals, and both will be looking to improve these numbers.
6:12 PMa month ago

Mauro Lainez suffered an injury that will keep him out for the rest of the tournament, a situation that complicates things for Santiago Solari's team.
6:07 PMa month ago

We are back to bring you the most relevant data from the Azteca Stadium. América will be looking for the win.
6:02 PMa month ago

Stay tuned for the América vs Santos live stream

In a few moments we will share with you the starting lineups for America vs Santos live, as well as the latest information from the Azteca Stadium. Don't miss any details of the match with VAVEL's minute-by-minute live online coverage.
5:57 PMa month ago

How to watch America vs Santos Live Stream on TV and Online?

If you want to watch the game America vs Santos live on TV, your options is: TUDN.

Guillermo Almada spoke after the draw against Pachuca: "We came close to winning the match and what has been happening to us in some matches, we struggled with our finishing. The players' commitment is comforting".

"We are far from our optimum soccer level because we have not had a full squad. We have many uneven players who did not have a preseason, which means they are at different levels".

"I must highlight the dedication of the players, we have to keep moving forward, there is a lot of parity in Liga MX, but we must improve things that will bring us closer to victories and we will be better for Tuesday".

Santiago Solari spoke after the victory against San Luis and before this match: "It was a very tough match, they played very well, they are a very intense and well-worked team that did not make it easy for us and I am very happy. First of all because it is a reward for the effort in a difficult match, especially when the national teams return, Roger was playing a match 48 hours ago in Colombia against Ecuador and that is worth highlighting when you see goals like that and with that talent you get excited".

"Each team does its job, using the regulations as far as it can, today within everything, the match ran along sporting lanes, evidently there were many cuts, but we knew it would be like that and what we have to do is try to give rhythm to the match. It was cut more at the end because both teams changed systems and in the end it became more spectacular for the spectator, but less controlled."

"We are happy for the work and for the points obtained, but there is still work to do as the tournament is not over. The tournament is very even and each match has a great level of difficulty and we, who are going to accumulate matches continuously, have to try to be like today, all together and between all of us try to get the matches ahead".

Gibran Lajud spoke prior to the match against América: "It is a very important week, we were looking for nine points, we knew that six away points were very important, unfortunately we were unable to achieve that objective in Pachuca, but it is important to add points, given the tightness of the table".

"It's up to us to play soccer and get the three points. They are already in the playoffs and we have to play a perfect game against a great rival. We must be solid and maintain order. The team is solid when defending and tomorrow will be no exception. The strength of the team is the team, not the individuals".

"I'm enjoying myself as if it were the last game, I like to feel that I'm helping the team and I enjoy that a lot."

"The key to be in the top four and this double header is to be a team, to be solid. Let our first attacker be the goalkeeper and our first defender be the striker."

"The fans have every right to demand, we are exposed to this type of criticism and comments. The reality is that we have to take it with a cool head, work and improve day by day."

"As long as there are mathematical possibilities, we will fight. We know that we are facing the most consistent opponent of the entire campaign, who have already secured their ticket to the final phase and have been in the lead for most of the tournament".

Santos comes into this match after a complicated draw against Tuzos; Almada's men have not had a regular match and have more draws than wins so far in the tournament. 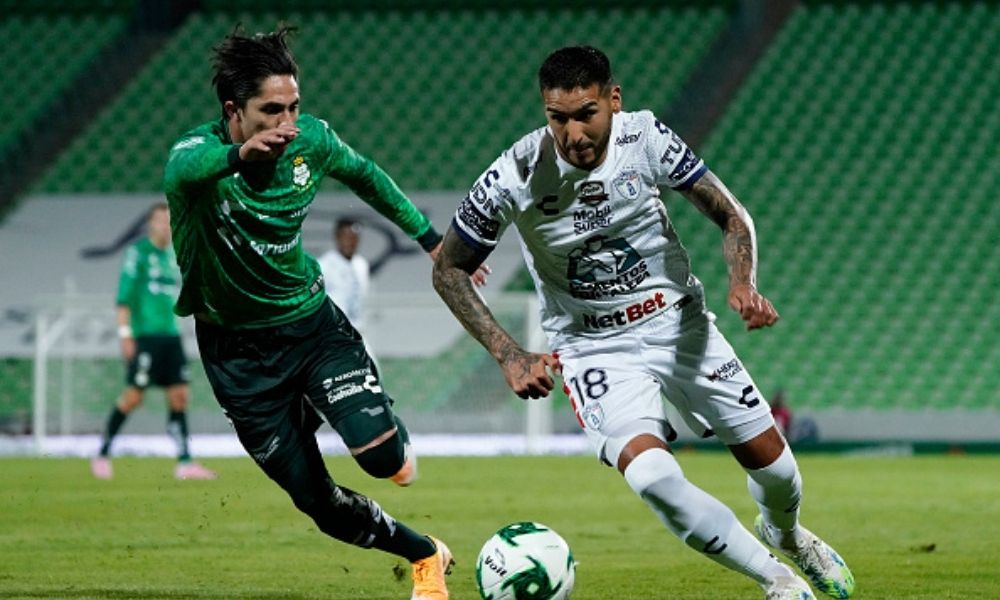 Aiming to keep on winning

América arrives at this match after taking three points against San Luis in the last few minutes, a situation that places them in first place in the general table with 28 points. Solari's men will be looking to continue their good streak. 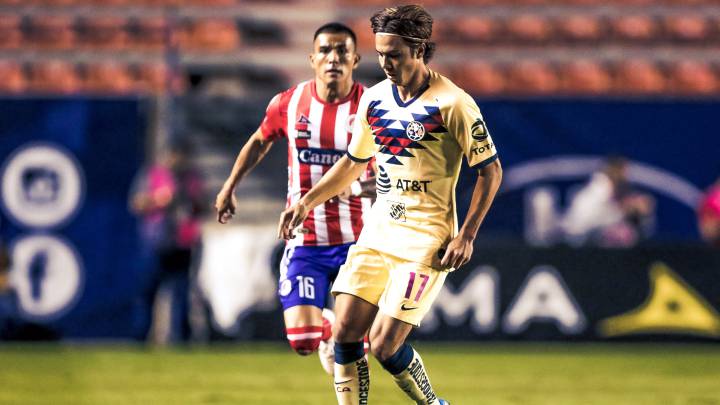 The América vs Santos match will be played at the Azteca Stadium, located in Mexico City. The stadium has a capacity of 87,523 people. 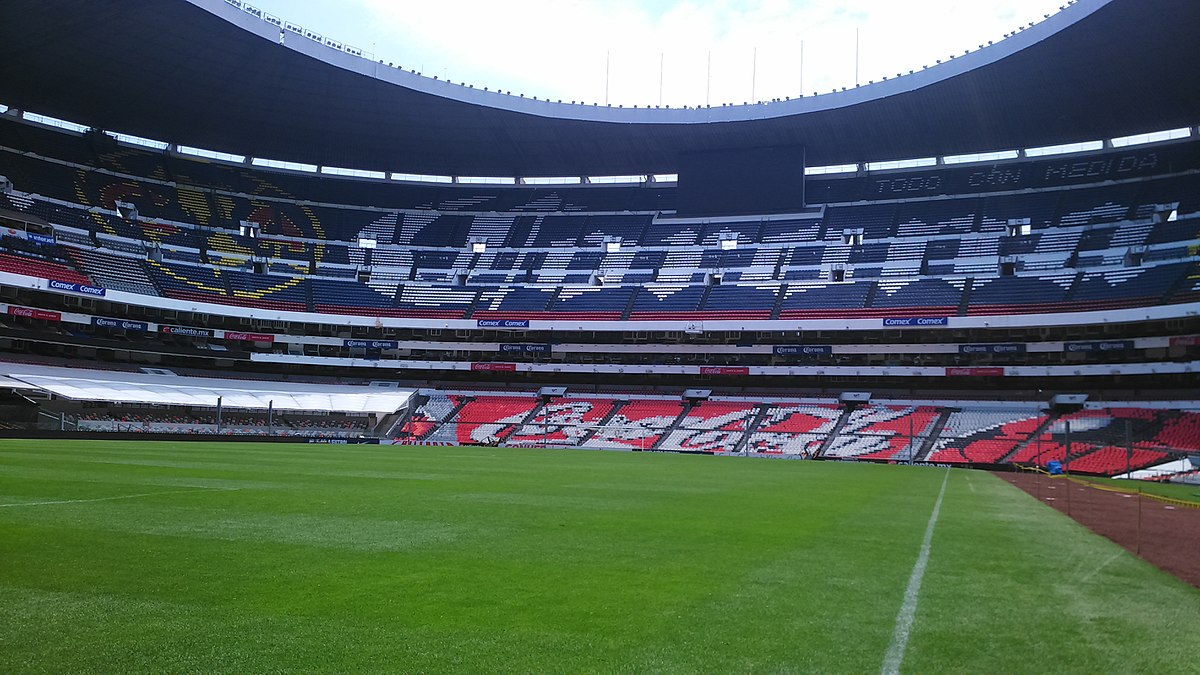