Oliveros blows the ball away and Necaxa's disadvantage continues
8:53 PM21 days ago

Fabricio Formiliano misses the first penalty, Jurado leans to his left and deflects the ball.
8:45 PM21 days ago

Regular time ends. The pass will be defined in penalty kicks
8:39 PM21 days ago

GOOOOL! Formiliano scores the equalizer for Rayos two minutes before the end of regular time.
8:35 PM21 days ago

Necaxa equalizes but goal disallowed for foul on Escobar
8:32 PM21 days ago

Big mistake by La Máquina! Uriel Antuna makes the diagonal for Giménez but doesn't get the chance to shoot.
8:17 PM21 days ago

Double save by Sebastián Jurado, who excels in the face of the demand and keeps a clean sheet in his goal.
8:13 PM21 days ago

Necaxa substitution, Escoboza out, Jurado in.
8:03 PM21 days ago

GOOOOL! Juan Escobar pops up for La Máquina and scores the first goal of the night.
8:00 PM21 days ago

Uriel Antuna falls in the area but the referee says that there is nothing
7:56 PM21 days ago

La Máquina is saved! Necaxa gets several balls on goal but rebounds prevent the ball from going into the net.
7:52 PM21 days ago

The second half begins. Cuz Azul substitution, Mayorga comes off and Baca comes on.
7:33 PM21 days ago

First half ends. Cruz Azul and Necaxa draw to nil-nil
7:32 PM21 days ago

Escoboza steals the ball in the midfield and is on his own in the opponent's area, but Erik Lira makes a great run and recovers possession of the ball.
7:20 PM21 days ago

Necaxa is constantly in the home team's area, but the Celeste defense has been well positioned and has resolved the situation in a great way.
7:13 PM21 days ago

A great save! Morales strikes from half distance but the goalkeeper flies in spectacularly
7:06 PM21 days ago

Villapando manages to get a dove against Jurado's goal but the goalkeeper makes a great run.
7:01 PM21 days ago

Ignacio Rivero takes a set piece for the home team but the ball bounces off the barrier
6:58 PM21 days ago

Corner kick for Los Rayos, the service is too long and it will be a ball for Cruz Azul.
6:54 PM21 days ago

Madrigal tries on goal but the ball falls into the hands of Jurado.
6:53 PM21 days ago

Christian Tabó sends a warning with a mid-range shot
6:50 PM21 days ago

Necaxa arrives, Luis Abram sends the ball out of play.
6:47 PM21 days ago

Cruz Azul vs. Necaxa match kicks off at the Azteca Stadium
6:27 PM21 days ago

In a few minutes the match will kick off at the Coloso de Santa Ursula, stay tuned as we bring you the minute-by-minute coverage.
6:27 PM21 days ago

Cruz Azul had a total of 20 goals in the campaign, while Necaxa added one more. La Máquina ranked 8th while Necaxa was 9th.
6:08 PM21 days ago

After the harsh controversy over the increase in prices for some of Cruz Azul's home games, La Máquina has once again made some seats available at low and accessible prices in order to have a full stadium during the playoffs.
6:03 PM21 days ago

The fans from Aguascalientes traveled to Mexico City to cheer on the Rayos in their last-gasp duel against La Máquina in order to continue advancing in the final phase of the Clausura 2022.

Cruz Azul hosts Rayos de Necaxa for their playoff match in which both teams will be aiming for a place in the Fiesta Grande of Mexican soccer.

Please stay with us and do not miss a detail of the match Cruz Azul vs Necaxa live updates and commentaries of VAVEL.
5:48 PM21 days ago

How to watch Cruz Azul vs Necaxa Live Stream on TV and Online?

If you want to watch the game Cruz Azul vs Necaxa live on TV, your options is: TUDN.

What time is Cruz Azul vs Necaxa match for Liga MX?

This is the start time of the game Cruz Azul vs Necaxa of 7th May 2022 in several countries:

The match will take place at the Azteca Stadium, which according to information that has circulated during the week, at the end of this year will begin a remodeling process that will disable it for three years, the reason: to beautify it for the 2026 World Cup. The Azteca had a couple of improvements a few years ago, however these modifications are still not enough. Currently, the Coloso de Santa Ursula can hold 87,000 spectators.
5:33 PM21 days ago

Uruguayan striker Rodrigo Aguirre is the team's top scorer, scoring 11 goals during the regular tournament, so Jimmy will be counting on him to hurt Cruz Azul. 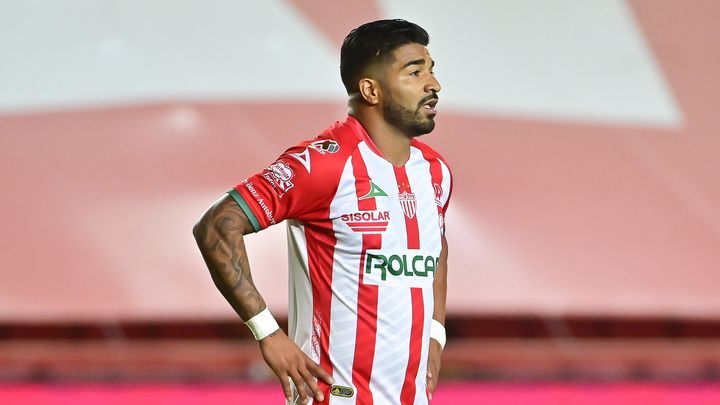 In the last five meetings between these teams, Cruz Azul dominates with three wins to Necaxa's one and a scoreless draw. All matches were in Liga MX, from 2019 to the present.
5:23 PM21 days ago

Uriel Antuna has won over the Cementera fans with his performances since his arrival to the team and Juan Reynoso's approach has allowed the number 7 to shine and on more than one occasion, make La Máquina breathe with his goals. 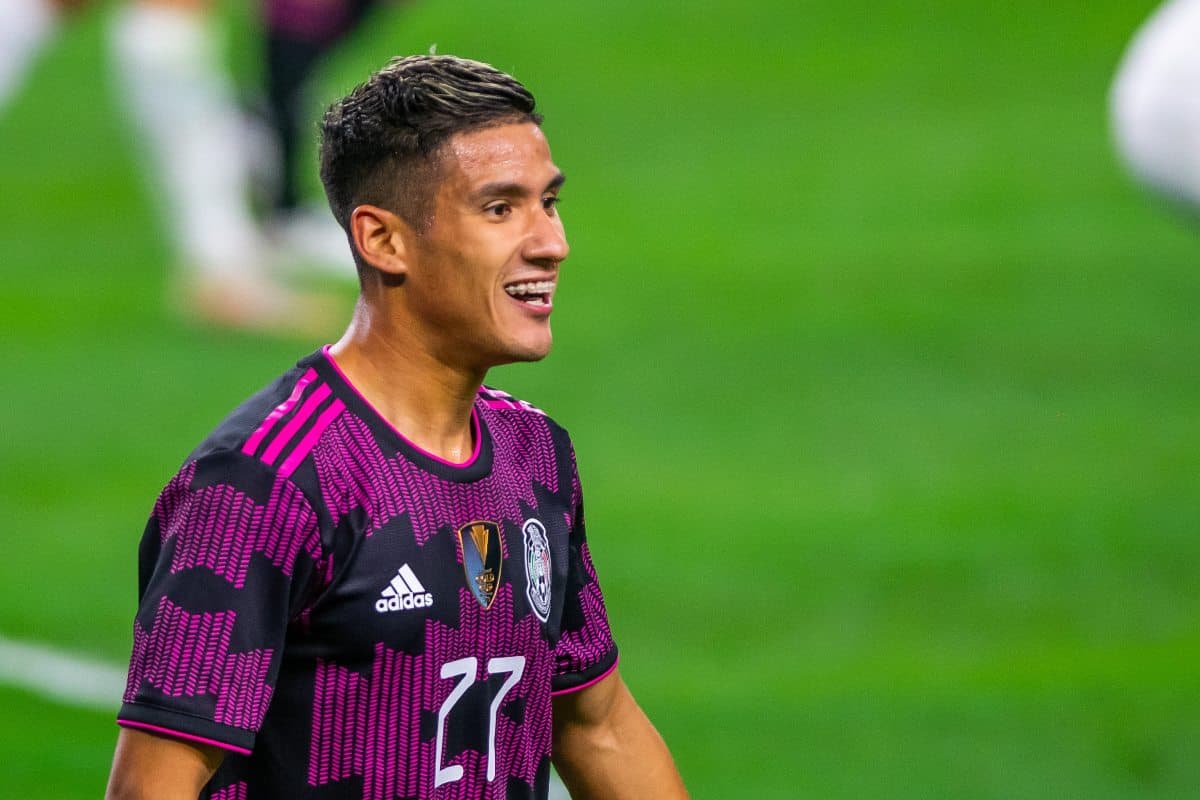 Los Rayos del Necaxa have definitely improved since the arrival of Jaime Lozano to the bench. Necaxa finished in ninth place in the Clausura 2022 general table with seven wins, two ties and eight defeats with 21 goals scored and 21 conceded and a total of 23 points. The hand of "Jimmy" has been seen with greater strength in the defense and his pupils recognize it, in this regard Agustín Oliveros stated the following: "I think that the weapons we have is a very important defensive solidity, order, an overwhelming pressure at some point of the game, when we think it is convenient, that has given us many goals and especially away goals". Lozano took over from Pablo Guede, who had not started off on the right foot with four wins, two draws and five defeats.
5:13 PM21 days ago

Cruz Azul finished the regular phase of the tournament as eighth in the general table. With seven wins, four ties and six defeats with a total of 25 points and a goal difference of plus three, scoring 20 goals and conceding 17. The team coached by Reynoso has not been able to stay away from off-field dramas, the arrest of the assistant coach shook the dressing room and the loss of Jesús Corona has been a very sensitive loss for the starting lineup, added to the departures suffered by the team at the beginning of the tournament and although Jurado has solved it in a great way, the goal is the weapon that ends up not arriving for the sky-blue team. Santiago Giménez and Uriel Antuna could be the keys for La Máquina's attack to capitalize.
5:08 PM21 days ago

The regular tournament of the Clausura 2022 of Liga MX is behind us and, as happens in the final stages of Mexican football, anything can happen, and no prediction is completely reliable. On this occasion, the Necaxa rays will try to snatch the Liguilla from the Cementeros, who had the direct pass in their hands in the last stages of the championship, however, the results were complicated and now everything is at stake against the Aguascalientes team.
5:03 PM21 days ago