Thank you very much for following VAVEL UK's live commentary on today's game and be sure to check back in for all the upcoming Premier League action this week!
20:269 days ago

The FA Cup holders will be heading back to Wembley once again for a semi-final tie against Arsenal. On the whole the Blues dominated throughout and it could have, and probably should have been more.

For Newcastle, their second half showing was an improvement on the first, but it's a case of what if for Steve Bruce and his side, after Dwight Gayle's gaping miss  should have levelled things up just before City doubled their lead.

A goal either side of the break means it's the Blues who book themselves a place in the FA Cup semi final!
20:219 days ago
90+1' Gundogan comes close after his whipped free kick falls just wide.
20:199 days ago
90' Three minutes added on at the end of the second half.
20:189 days ago
88' City still knocking on the door for a third but Newcastle's tired legs are holding out.
20:169 days ago
85' Another good chance for City however Benjamin Mendy 's dangerous low ball into the box evades everyone!
20:139 days ago

75' Raheem Sterling rolls in Phil Foden however the youngster's effort falls just wide of the mark!
20:049 days ago

74' Allan Saint-Maximin and and Danny Rose are replaced by DeAndre Yedlin and Valentino Lazaro.
20:039 days ago
73' More good build up play from City allows Mendy to get in behind however his low ball is turned away for a corner.
20:019 days ago

70' As the players take a drinks break Steve Bruce must be pulling his hair out at that Gayle miss moments before City's second goal.
19:599 days ago

68' WHAT A GOAL! It all starts with Aymeric Laporte who's cross-field ball finds Phil Foden, he finds Sterling who cuts in side and curls a superb finish into the bottom corner!
19:579 days ago
67' Newcastle look a different team here, we have a proper cup tie on our hands!
19:559 days ago

65 WHAT A CHANCE FOR NEWCASTLE! A low ball in from Allan Saint-Maximin finds an unmarked Dwight Gayle who some how skies an effort from five yards out! That had to go in for the hosts...
19:559 days ago

64' Also a double change for Newcastle as Dwight Gayle and Joelinton replace Miguel Almiron and Andy Carroll.
19:539 days ago

64' Phil Foden and Bernardo Silva are on for David Silva and Riyad Mahrez.
19:529 days ago
63' A great ball by Benjamin Mendy finds Gabriel Jesus but the City number nine is denied by a superb last-ditch challenge by Danny Rose.
19:519 days ago

60' The Newcastle target man is booked for a late challenge on Aymeric Laporte.
19:499 days ago
58' Newcastle offering a little more than they did in the first half but still no clear opportunity for them yet...
19:479 days ago
53' First chance of the half as Riyad Mahrez fires one just over Karl Darlow's bar!
19:419 days ago

So, the winner of tonight's game will face Arsenal at Wembley in the semi final!

If it's going to be the Toon that book their place against the Gunners they're going to have to put in a polar-opposite performance in this second half.

Now over to the draw for the next round just before the second half gets going. A reminder of the teams left in the hat:

Well then, that was some dominance from the Blues. From the first whistle City have looked superb both on the ball and off it, not giving Newcastle a sniff.

All of the home side's hard work seemed to be for nothing after Schar's silly mistake in pushing Jesus in the back for the City penalty.

No doubt Steve Bruce will be scratching his head in the Newcastle dressing room at the break.

City have the lead at the break thanks to a Kevin De Bruyne penalty, in a dominant first 45 minutes from the visitors!
19:189 days ago

37' Converted! Birthday boy, De Bruyne steps up and slots home to give his side a deserved lead!
19:089 days ago

Manchester City have a penatly after Gabriel Jesus is pushed in the back by Javier Manquillo! A great spot by Lee Mason!
19:069 days ago
32' Another good chance for City. A trademark Kevin De Bruyne cross is whipped into the box but an unmarked Gabriel Jesus can't connect with his head and the ball goes out for a goal kick.
19:029 days ago

28' Despite all of City's dominance Newcastle are standing strong and defending well.
18:599 days ago

25' Raheem Sterling is denied again! A low ball breaks to Sterling who finds space 10 yards from goal but his effort is again well saved by Darlow!
18:569 days ago

23' A blocked shot from Riyad Mahrez falls to Raheem Sterling but his effort from close range is well saved by Karl Darlow!
18:549 days ago

19' City come close again! Riyad Marhez finds space on the edge of the box and curls an effort inches past the post!

CLOSE! A low ball into the box from Kyle Walker finds David Silva in the six yard box but his effort falls just wide of the Newcastle post!
18:479 days ago

11' Huge chance for City! David Silva pulls the ball back for an unmarked Riyad Mahrez on the edge of the box, however he can't hit the target and curls his effort just over the bar!
18:429 days ago
10' City really knocking on the door here but Newcastle standing strong. Benjamin Mendy finds space down the left but flashes an effort wide of the near post.
18:419 days ago

7' For some reason the visitors felt it fit not to wear their traditional blue against Newcastle's black and white stripes and have instead opted for their 'Mcdonald's Iced Strawberry Lemonade' colours (google it) instead.
18:389 days ago
2' Aymeric Laporte is down receiving treatment after clashing heads with Andy Carroll.
18:329 days ago
1' Quick start by the visitors as Kyle Walker tries to get round the back of the Newcastle down the right but his eventual cross is cleared behind. The following corner comes to nothing.
18:329 days ago

The players taking part in a clap as a thank you for all those front line workers risking their lives for the safety of others.
18:309 days ago

The teams are lining up and we are almost ready to go!
18:269 days ago
Chelsea's 1-0 win over Leicester means they have confirmed their place in the semi final alongside Manchester United and Arsenal, but who will join them Newcastle United or Manchester City?
18:139 days ago

Like Bruce, Pep has also made four changes to his side with Claudio Bravo (despite being a doubt), Nicolas Otamendi, David Silva and Gabriel Jesus all coming in to the starting eleven.

Despite the rest on Thursday there is no spot in the starting lineup for the in form Phil Foden, who has to settle for a place on the bench. He's joined by fellow academy product, Taylor Harwood-Bellis who scored his first goal for his boyhood club in round three of this year's competition against Port Vale.

So, Steve Bruce has made four changes to the team that drew 1-1 with Aston Villa last time out with Karl Darlow, Fabian Schar, Sean Longstaff and Joelinton all coming in.

One man who the Toon army will be happy to see in their starting eleven is Isaac Hayden who was a doubt heading into this game.

Here is how Pep Guardiola's side line-up

Your City line-up in the #FACup!

Here is how the Magpies line-up

Our line-up for this evening's #FACup quarter-final! 👊

The draw for the semi final of this year's FA Cup will take place at half time of this evening's game.

The ball numbers are as followed:

The Holder's Journey so Far

Our #FACup journey so far.

If you want to watch the game on TV: BBC One

If you want to directly stream it: BBC IPlayer

If you want to follow on the internet: VAVEL UK, of course!

The Blues will be without Fernandinho after he was sent off in Thursday's defeat Chelsea, whilst Eric Garcia, John Stones and Sergio Aguero will also miss out due to injury.

The hosts go into the game with a number of absentees as Jack Coldback, Florian Lejeune, Ciaran Clark and Jetro Williams all sidelined through injury.

Isaac Hayden, Mattty and Sean Longstaff and Matt Ritchie are also all doubts.

With all the star-studded names in Pep Guardiola's squad, their main man in this tie could prove to be a home grown talent.

Foden has been in lightening form since the restart scoring finding the net three times in his last two games, and after being rested in Thursday's defeat to Chelsea there is no doubt the 'Stockport Iniesta' will be fresh and ready to go.

If Steve Bruce and his side are going to cause an upset in this clash, one man they'll be relying on is Allan Saint-Maximin.

The Frenchman has proved a sensation on Tyneside this campaign showing glimpses of being a world class talent ,and if anyone in Bruce's squad is going to be the one to breach their opponents world class side, it will be this man.

Since the restart of English football, both clubs have enjoyed fairly successful form with Newcastle unbeaten with a win and a draw, whilst City have picked up two wins from three games.
13:1410 days ago

Last Four Place up For Grabs

With a place in the semi-final of the competition up for grabs, the game is a big one for both team's season's.

With the hosts without a trophy in 48 years, the Toon will see this clash as a huge step in ending that run with, whilst the Blues will be hoping to win the FA Cup back-to-back for the first time after they lost their Premier League crown to Liverpool in the week.

Hello, and welcome to VAVEL UK's live text commentary of Newcastle United vs Manchester City in the FA Cup. My name is Josh Lees and I'll be providing you with live updates, both pre-match and in-game. Stay tuned!
13:0410 days ago 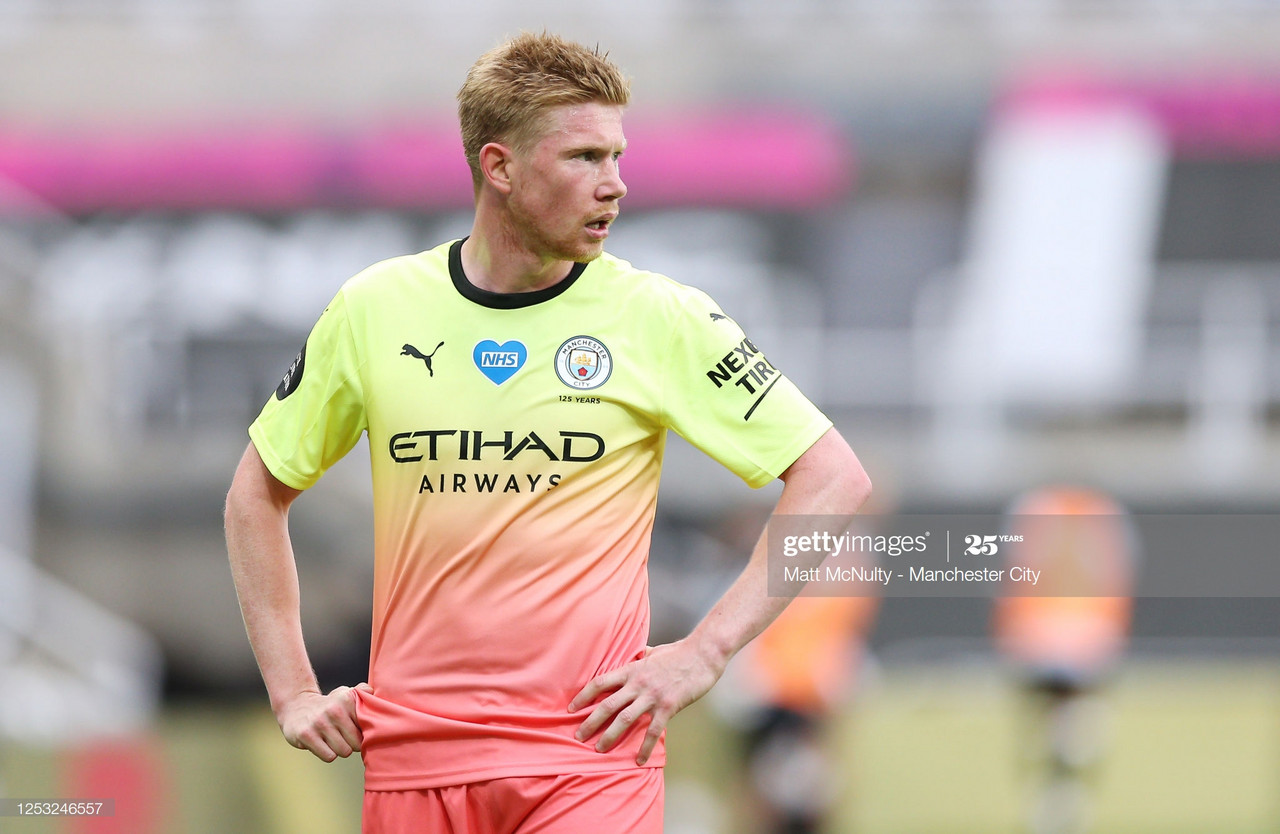 Manchester City vs Newcastle United Preview: Blues looking to bounce back against Magpies9 hours ago 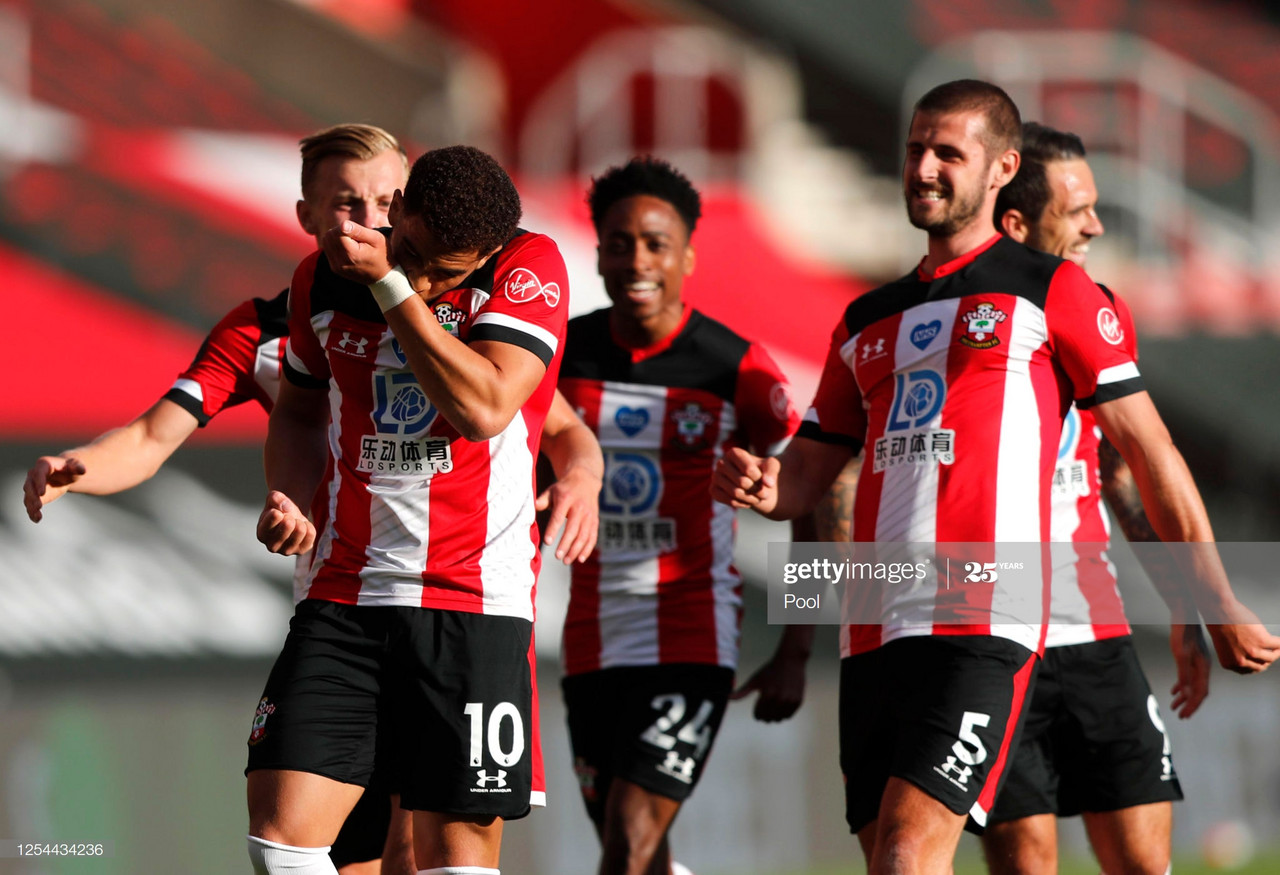 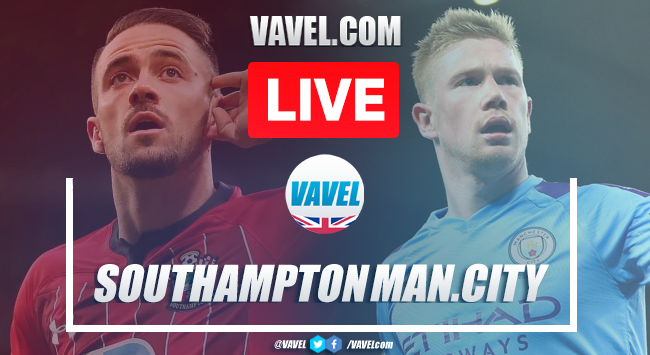 As it happened: Southampton 1-0 Manchester City Premier League2 days ago 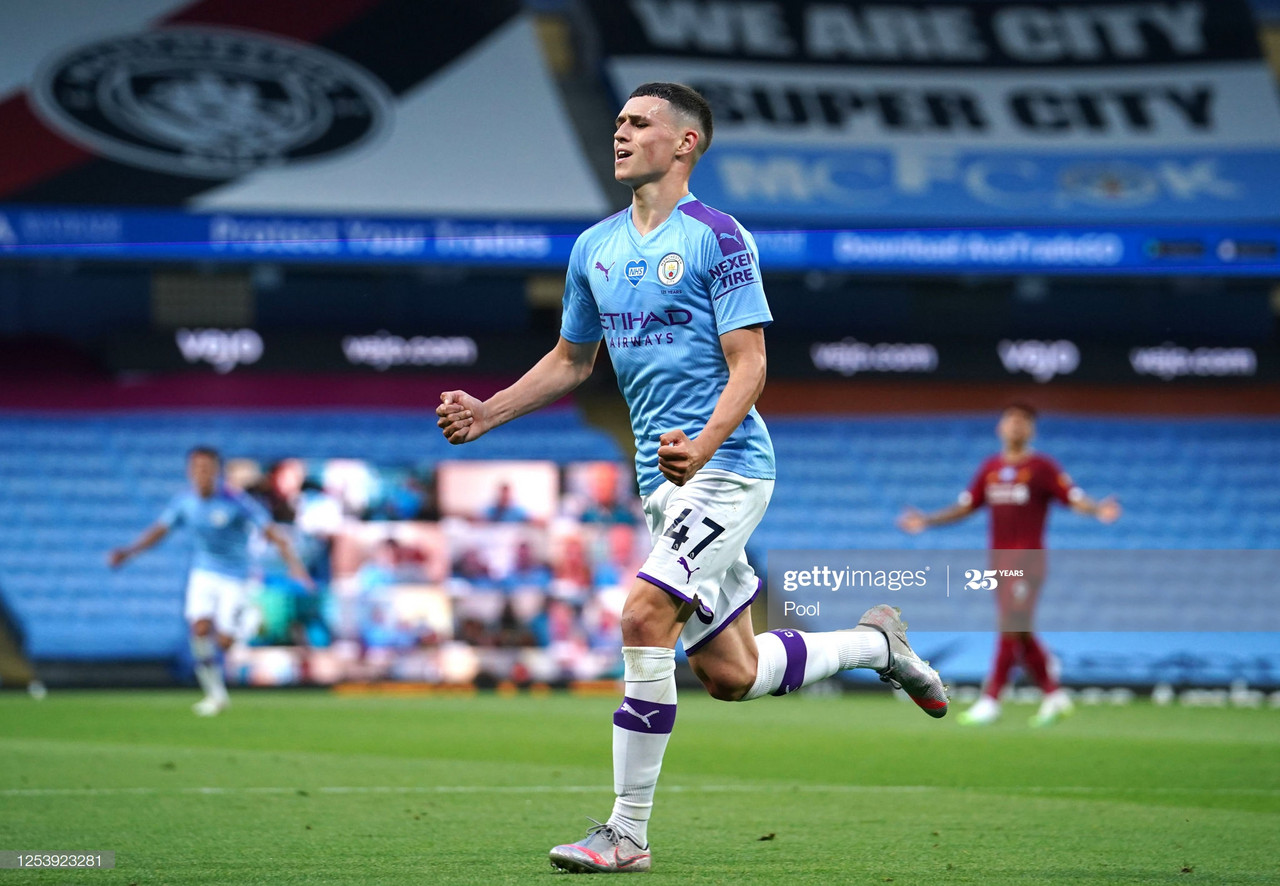 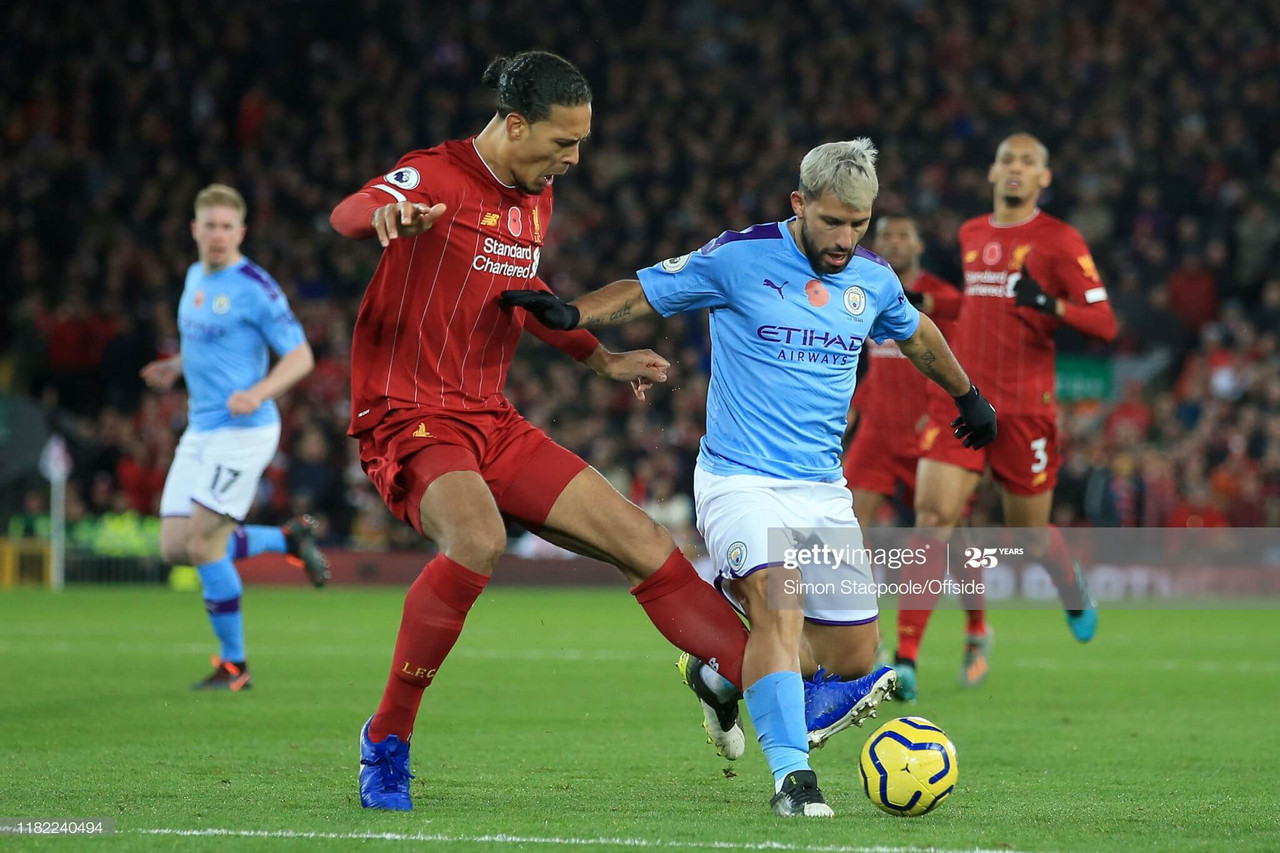 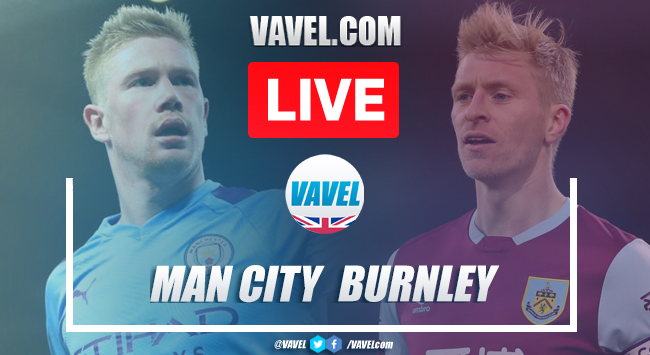 As it happened: Blues brush Burnley aside in five-goal demolition (5-0)15 days ago 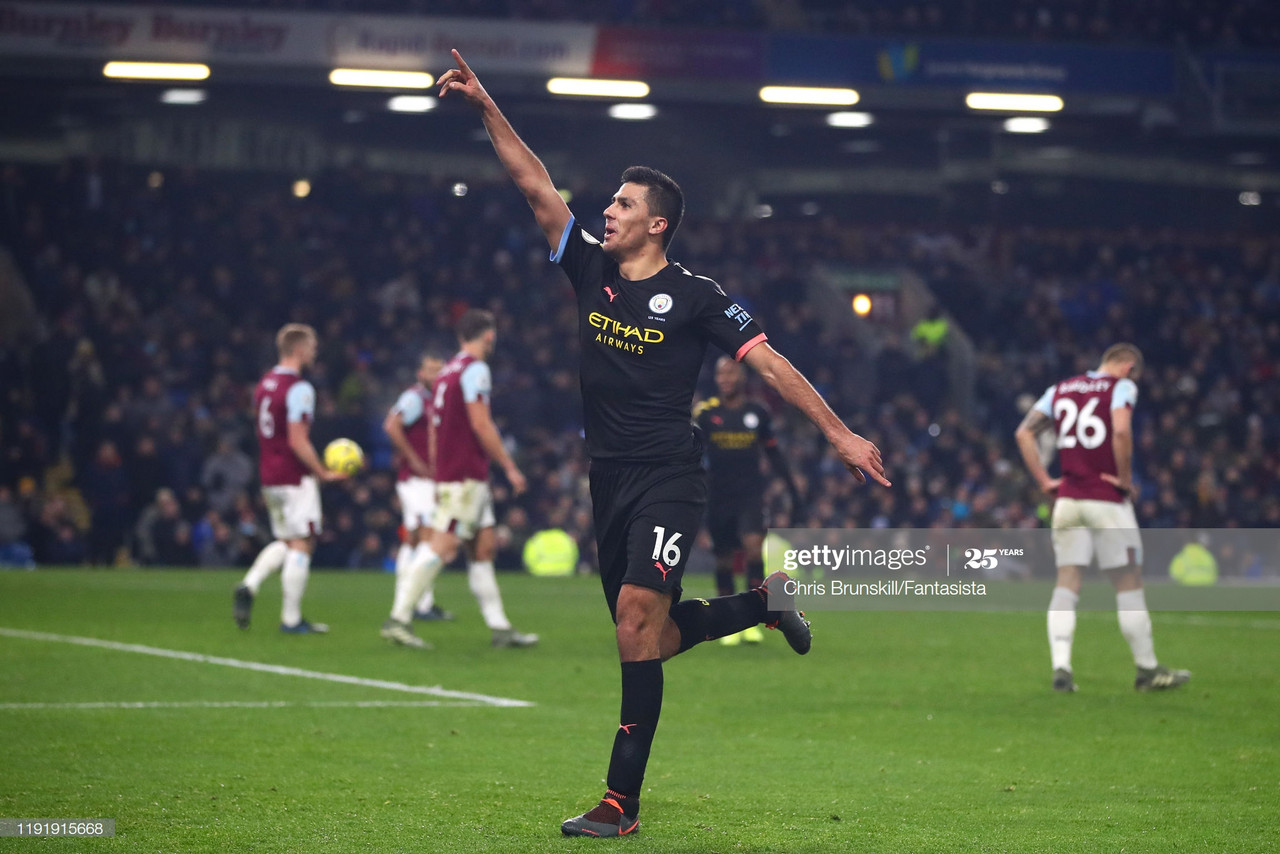 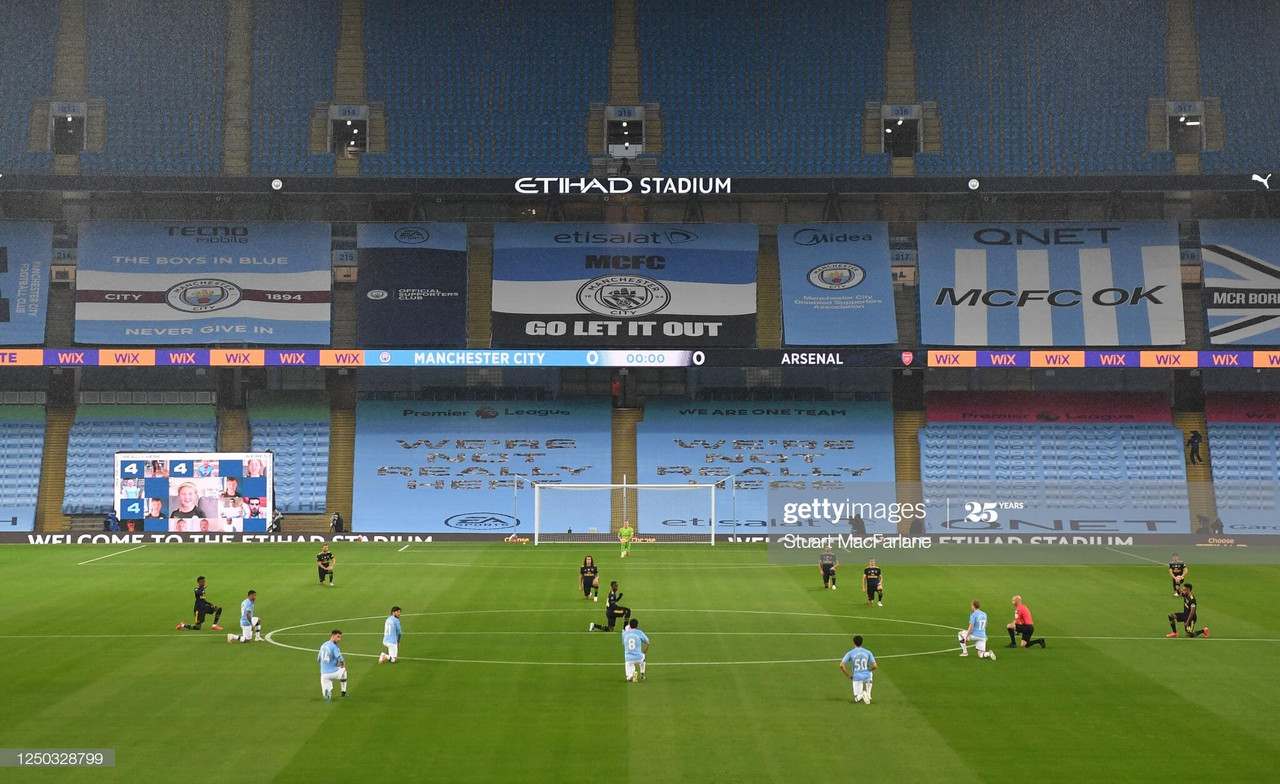 The Warmdown: Blues breeze past Gunners in Premier League restart20 days ago 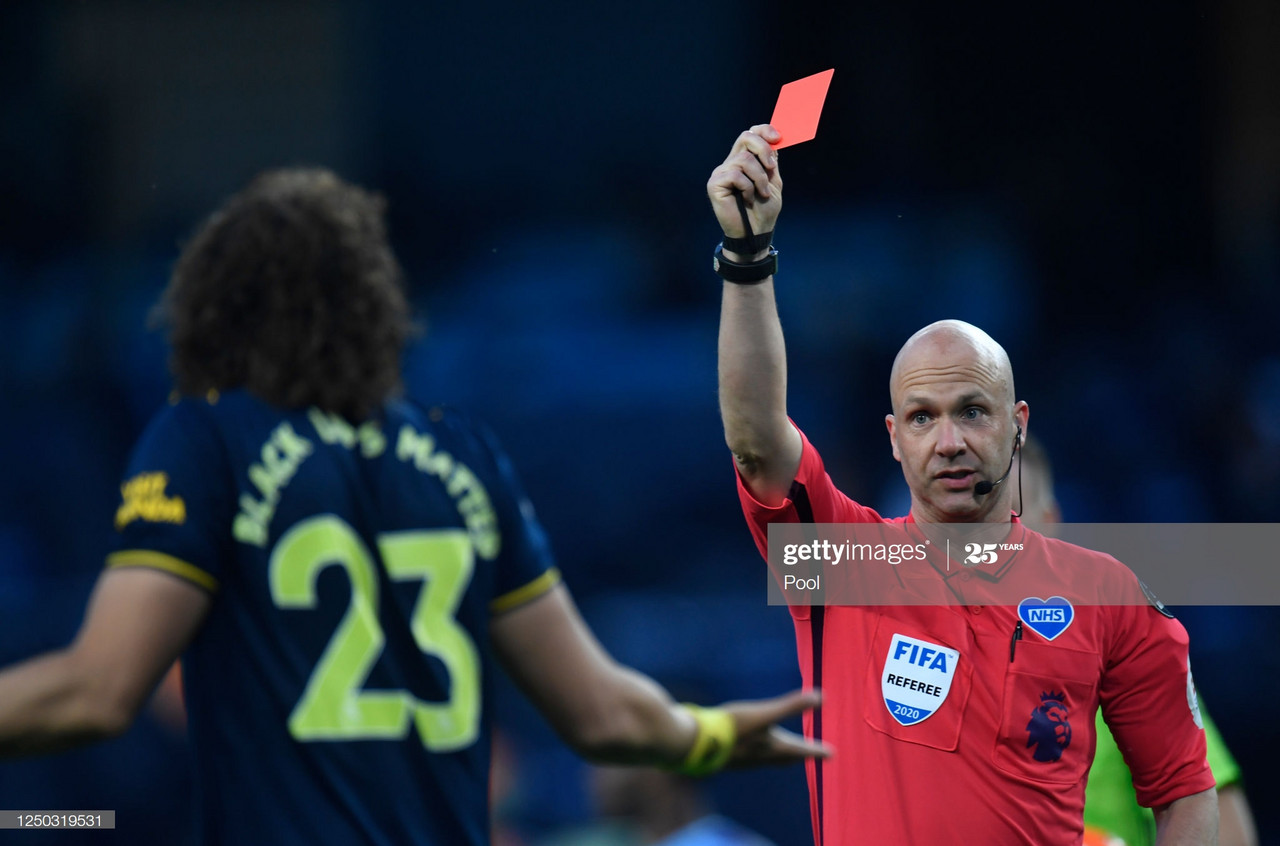 Manchester City 3-0 Arsenal: A disaster-class from David Luiz earns City victory on the return of the Premier League 20 days ago
Restore your password
Please enter your user name or email.
Login Member or Writer Panel
Enjoy your own Customized Newspaperwith VAVEL topics' carousels!