Thank you for your audience in this match of the Primeira Liga!
5:34 PM2 months ago

With goals from Luis Díaz and Evanilson, Porto wins against Vitória, who took the lead with Edwards!

Substitution in Porto: Taremi is out and Fábio Vieira is in.
5:25 PM2 months ago

Taremi got a beautiful pass to Corona, who came knocking and saw Varela sprawling away!
5:22 PM2 months ago

Alfa Semedo is yellow carded for bringing down Evanilson.
5:18 PM2 months ago

Now there was a general confusion among the players. Yellows came out for Sacko and Wendell.
5:14 PM2 months ago

Substitution in Vitória: out went Rochinha and João Ferreira for the entry of Lameiras and Sacko. And in Porto left Otávio and João Mário to the entry of Corona and Manafá.
5:11 PM2 months ago

Taremi got it on the left and tried to shoot, but hit it wrong and sent it away.
5:04 PM2 months ago

Substitution in Porto: out Zaidu and in Wendell.
5:04 PM2 months ago

Double substitution in Vitória: Handel and Janvier left for Alfa and Quaresma. Then Taremi received on the left, tried to shoot, the goalkeeper saved and on the rebound Taremi tried another shot and Zaidu sent over the goal the rebound!
4:56 PM2 months ago

In the beautiful table, Luis Díaz found Otávio in the area, who played in the middle to Evanilson, who turns the match!
4:54 PM2 months ago

Vitinha hit the free-kick into the goalkeeper's corner, with a slight deviation, and Varela deflected it away! And in Vitória Bruno Duarte left and Jorge Fernandes came in.
4:50 PM2 months ago

Taremi received the ball and Mumin hit him on the edge of the area, receiving a yellow and consequently a red!
4:45 PM2 months ago

Luis Díaz hit it from outside the area and sent it into the hands of Varela.
4:42 PM2 months ago

Handel gives the first touch on the ball and it rolls into the second half!
4:42 PM2 months ago

The teams appear on the field to start the second half of the match. In Porto left Sergio Oliveira and entered Vitinha.

In an intense first half, Porto and Vitória tied and so far take only one point each!
4:24 PM2 months ago

There was a strong header from a cross in the box, Varela sprawled and Mumin took it over the line! On the counter attack Sérgio Oliveira made a foul and received a yellow card for it!
4:23 PM2 months ago

Taremi received the goal line, tried to shoot and the ball went into the goal, with the defender trying to get it out, but failing. The problem is that Taremi was offside and the goal was disallowed.
4:17 PM2 months ago

Yellow card to Handel, for a foul in the midfield.
4:13 PM2 months ago

Luis Díaz received the ball on the left, took it to the middle, and unleashed his foot on the ball, in a powerful shot, which went into the left corner, tying the match!
4:11 PM2 months ago

Edwards himself went for the ball and sent it into the middle of the goal, with no chance for Diogo Costa, who could do nothing. The score is open!
4:09 PM2 months ago

Zaidu hit Edwards inside the box and scored the penalty for Vitória!
4:07 PM2 months ago

Rochinha, with no angle, received on the left and hit hard, over the goal, with danger!
3:58 PM2 months ago

Sérgio Oliveira hit a free-kick from the edge of the area and sent it over the goal, with great danger!
3:53 PM2 months ago

Rochinha received on the left, took it to the middle and hit hard, but Diogo Costa deflected away!
3:52 PM2 months ago

Luis Diaz received in front, took off the defender and the goalkeeper (who left the wrong goal) and hit, out to the left side!

Yellow card to Amaro, for holding Taremi's shirt on the counter-attack.
3:39 PM2 months ago

Bruno Duarte managed to deflect a cross into the box, but sent it over the goal!
3:35 PM2 months ago

Taremi makes the first touch on the ball and it rolls into the first half of the match!
3:26 PM2 months ago

The teams appear on the field to start the match!
2:59 PM2 months ago

The players take up to the pitch to start the warm-up exercises!
2:47 PM2 months ago

Vitória is lined-up and comes to the field with: 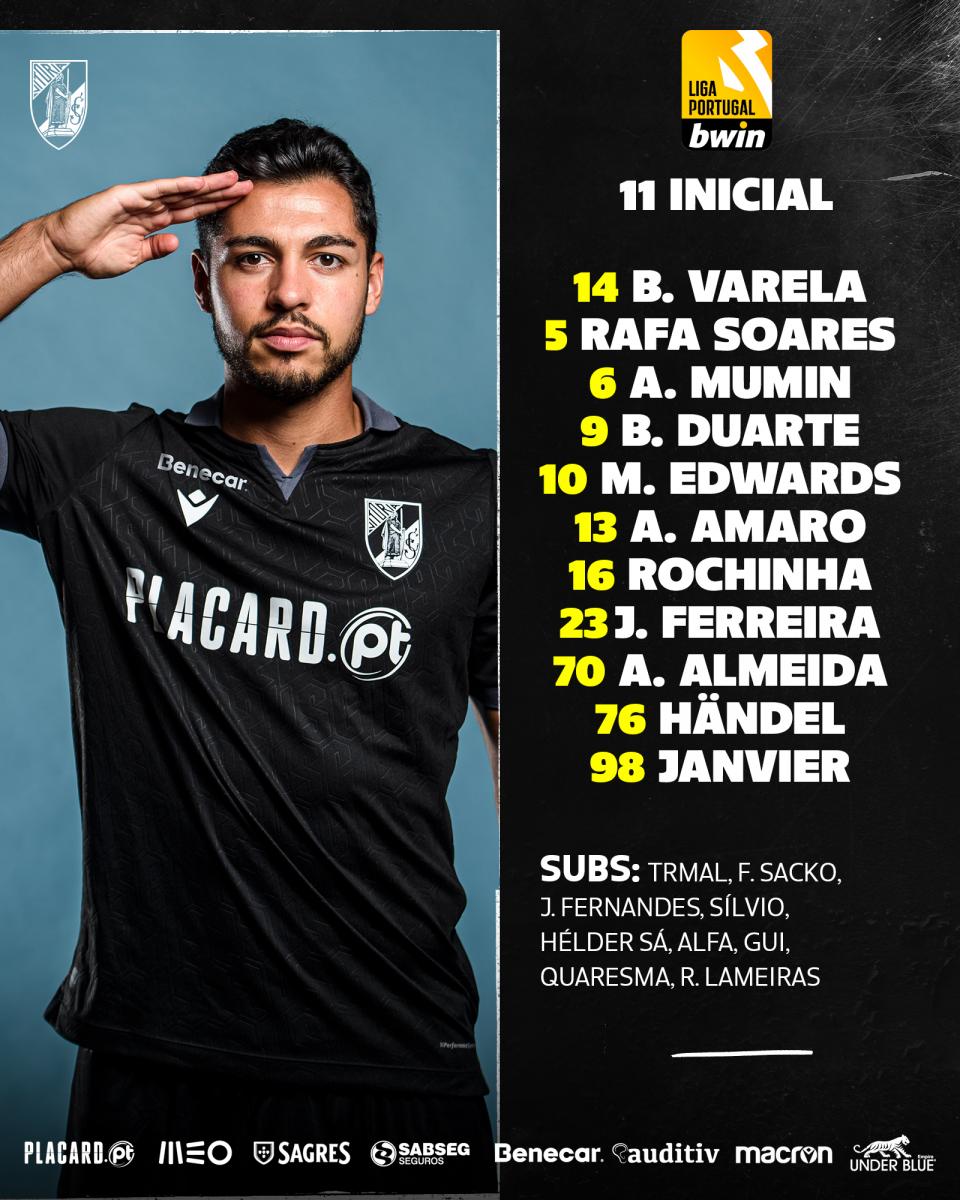 Porto is lined-up for the match: 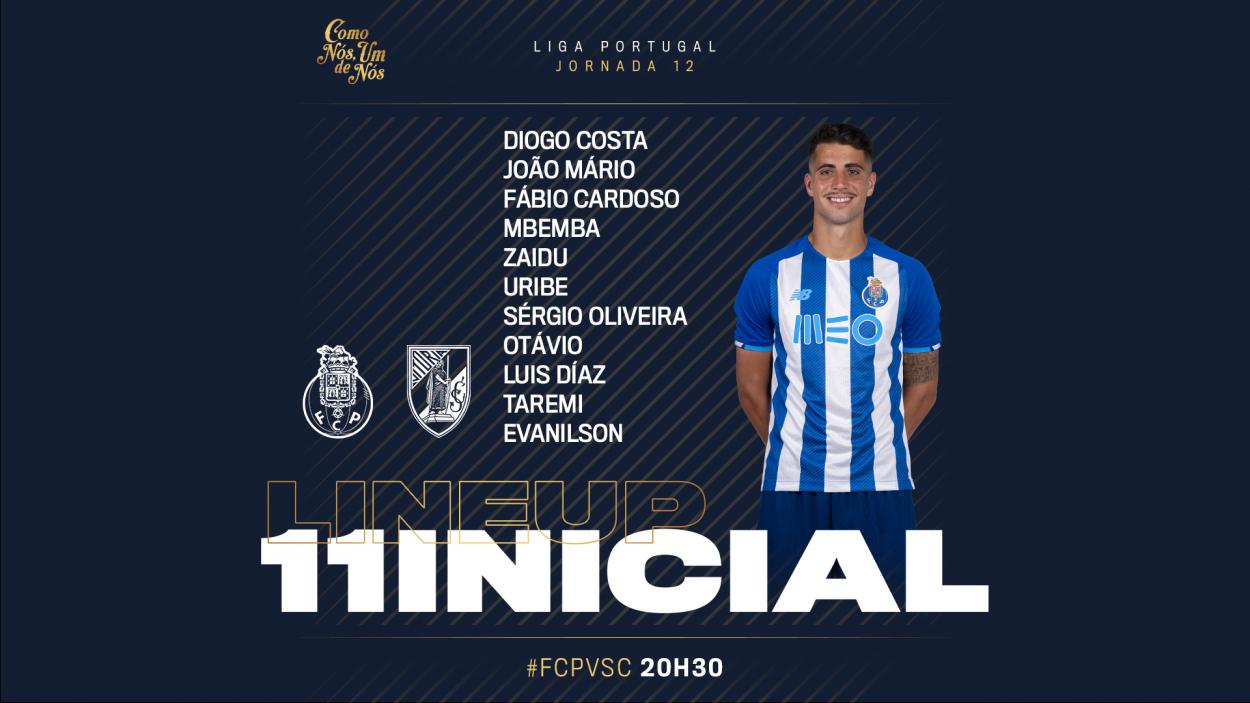 Now starts the live stream of Porto vs Vitória!
2:32 PM2 months ago

Do not miss a detail of the match with the live updates and commentaries of VAVEL. Follow along with us all the details, commentaries, analysis and lineups for this Porto vs Vitória match.
2:27 PM2 months ago

How to watch Porto vs Vitória Live in TV and Stream

If you want to watch the game Porto vs Vitória live on TV, your options is: none.

If you want to directly stream it: GolTV play app.

Luís Godinho will referee the match, with the assistants Paulo Soares and Valter Rufo. Miguel Nogueira will be in charge of VAR.
2:17 PM2 months ago

The probable Vitória team for the match is: Trmal, Soares, Mumin, Amaro, and Sacko; Almeida, Handel, and Silva; Edwards, Duarte, and Quaresma.
2:12 PM2 months ago

Porto will not be able to use Marcano, as the defender is injured and still out of action. Pepe was substituted with pain in the defeat against Liverpool and is doubtful for this game. Vitória will be without Silvio, Borevkovic and Estupinan, all injured.
2:02 PM2 months ago

Porto is the current leader of the competition, with 29 points, tied with Sporting. Benfica is right behind with 28 points. Vitória has 16 points, is in seventh place, three behind Braga and two ahead of Gil Vicente.
1:57 PM2 months ago

Porto comes after a win and a loss in the last two games they played. For the Portuguese Championship the victory was over Feirense, by 5-1, on Saturday (20). Uribe, Otavio (2), Evanilson and Francisco Conceição scored the goals for Porto, while Vargas scored for Feirense. In the Champions League, the defeat was to Liverpool, away from home, on Wednesday (24), with goals from Thiago Alcantara and Salah.
1:47 PM2 months ago