The match ends, Juventus comes from behind and pulls out the victory.
4:36 PMa month ago

Pereiro's shot at Szczesny's goal, but the ball goes wide.
4:30 PMa month ago

Juventus change. Cuadrado comes off for Bonucci.
4:23 PMa month ago

Goal, goal, goal for Juventus! Vlahovic enters the box and despite being blocked, he manages to get in a lethal shot to put the visitors ahead.
4:15 PMa month ago

Cuadrado's shot, but the ball ends up going wide.
4:11 PMa month ago

The duel got off to a lively start, with Juventus pushing forward in search of the first goal.
3:53 PMa month ago

The action resumes for the second half.
3:35 PMa month ago

The first half is over, Juventus equalized in the last minute and the score is tied at halftime.
3:33 PMa month ago

Goal, goal, goal for Juventus! De Ligt rises inside the box and with a lethal header ties the match.
3:30 PMa month ago

Juventus tries, but can't find the right way to tie the game.
3:22 PMa month ago

Goalkeeper! Dybala's shot, but Cragno is the one who ends up preventing the ball from entering his goal.
3:11 PMa month ago

No way! Pellegrini scores the equalizer, but the referee disallows the goal for a handball.
3:06 PMa month ago

Danilo's shot to tie the match, but the goalkeeper saves the ball.
2:58 PMa month ago

Goal, goal, goal for Cagliari! Joao Pedro's shot, the ball ends up in the back of the net.
2:49 PMa month ago

The match kicks off in Cagliari.
2:48 PMa month ago

This is what the stadium looks like, where tonight both Cagliari and Juventus will be looking for a win and three points. 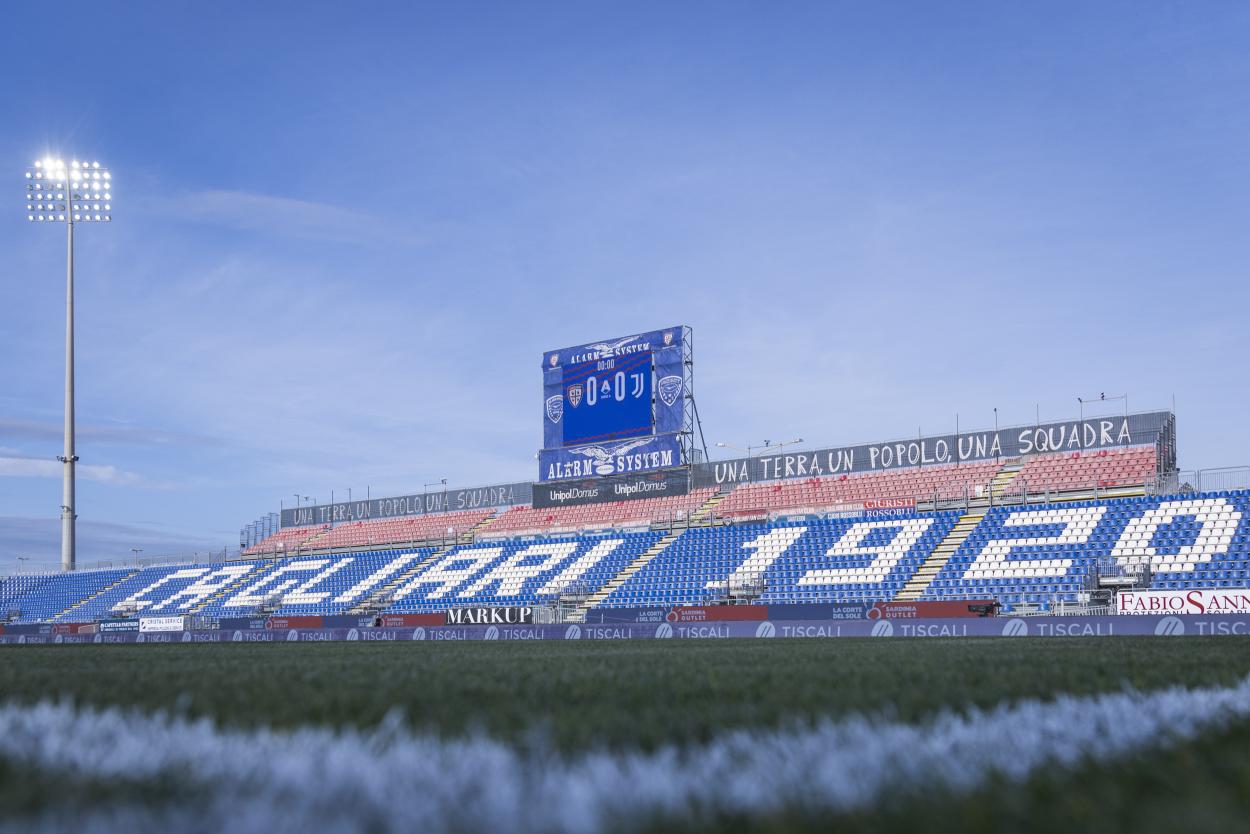 Juventus is already in the building, this afternoon they will seek to continue their hegemony and go for the victory.
2:27 PMa month ago

The team coached by Mazzarri is already at home and will go all out for a victory that will allow them to breathe in the competition.
2:22 PMa month ago

That's 16 matches Allegri has won against Cagliari, two of these have been draws.
2:17 PMa month ago

With a past at Cagliari

Massimiliano Allegri coached Cagliari from 2008 to 2010 and is one of the coaches with the most victories in the team's history.
2:12 PMa month ago

Walter Mazzarri spoke ahead of the match: "I don't make calculations, we think of Juventus as if it were the last game of the season. There are 21 points left, if we don't make glaring mistakes like we have done in the last few games we can play until the end. Today you know where we are in the standings".
2:07 PMa month ago

Cagliari have lost in their last four games and have conceded 11 goals in those matches, so they will be looking to pull off an upset tonight.
2:02 PMa month ago

The last time these teams met, Juventus won three-nil with a hat trick from Cristiano Ronaldo.
1:57 PMa month ago

We're back for a minute-by-minute review of the match between Cagliari and Juventus. We will shortly share with you the most relevant information about both teams, as well as the confirmed lineups of both squads.
1:52 PMa month ago

Stay tuned to follow Cagliari vs Juventus live on TV.

In a few moments we will share with you the starting lineups for Mallorca vs Atletico Madrid live, as well as the latest information from the Arena Sardinia Stadium. Keep an eye on the action with VAVEL's minute-by-minute live online coverage.
1:47 PMa month ago

How to watch Cagliari vs Juventus Live Stream on TV and Online?

If you want to watch the game Cagliari vs Juventus live on TV, your options is: ESPN.

Massimiliano Allegri spoke ahead of this match: "Tomorrow will be a complicated game. Cagliari comes from a tough defeat and it's always complicated, it's not easy to play in Sardinia and it will be a different duel than the one we had against Inter."

"It will be fought but we need the three points because Roma is five points behind us and there are still many games left. Our goal is to finish Top 4 and for that we have to win."

"We don't want to go from being close to those fighting for the title to being two points away from qualifying for the next Champions League."

"Today is our last practice before the trip, and we will decide the team. Adrien Rabiot plays better with two midfielders, he has a lot of route and is physical. Against Inter he played very well technically, moving forward on the pitch. Sometimes, depending on the opponent, we can opt for three midfielders and maybe he doesn't fit into that system, but another player can fill that role."

"Manuel Locatelli is injured, and we will also be without the suspended Mattia De Sciglio and Alvaro Morata. Leonardo Bonucci is feeling better but I haven't decided whether he will start or come on as a substitute. We will count on Weston McKennie again before the end of the season so we will evaluate his condition."

Juventus come into this match after losing to Inter by the minimum, the Veccia Signora remain in the top four and will be looking to continue climbing positions.
1:22 PMa month ago

Cagliari has not had a good season and is in 17th position in the overall Serie A table. In their last match they lost by five goals to one against Udinese. 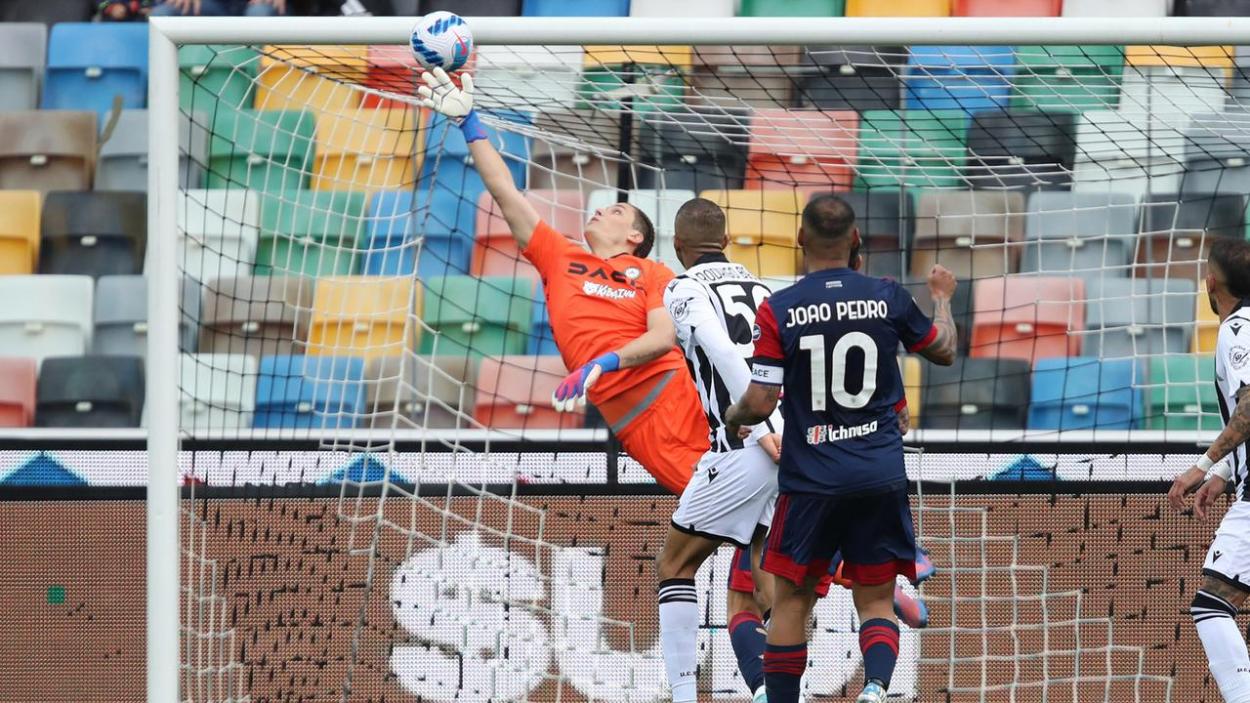 The match will be played at the Arena Sardinia Stadium.

The match of Cagliari vs Juventus will be played at the Arena Sardinia Stadium, located in Cagliari, Italy. The stadium has capacity for 16,000 people.
1:12 PMa month ago

Welcome to VAVEL.com’s coverage of the 2022 Serie A match: Cagliari vs Juventus Live Updates!