Thank you for following our coverage of Newcastle United vs Crystal Palace; matchday 30 of the Premier League. Keep visiting the VAVEL site to keep up to date with the latest news from the world of sports.
4:40 PMa month ago

The match between Newcastle United and Crystal Palace came to an end, with the home side winning by the narrowest of margins. 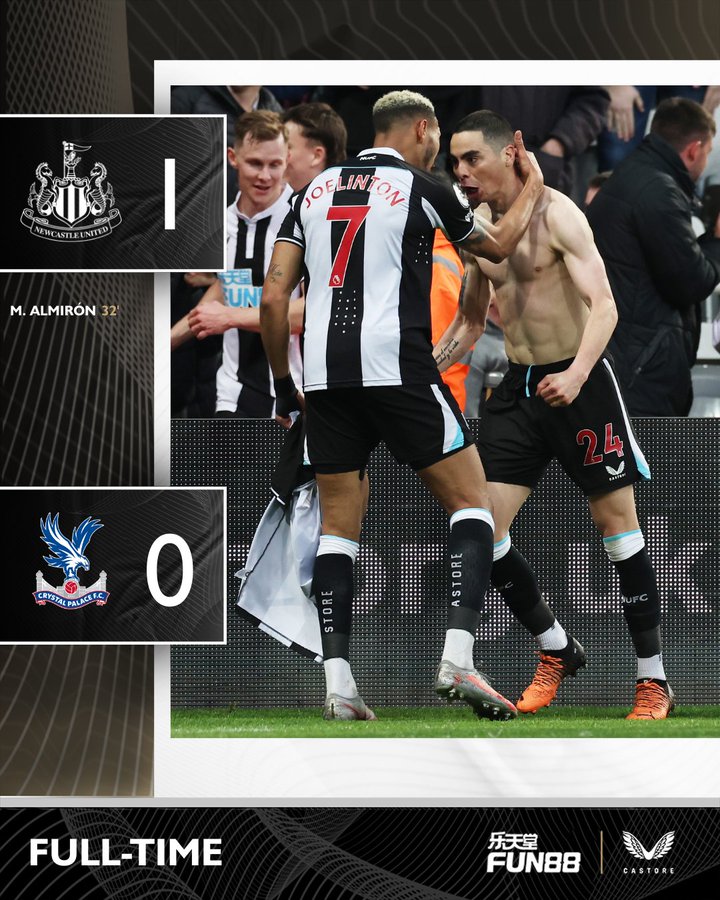 Bruno Guimarães (Newcastle United) wins a free kick in the defensive half
4:16 PMa month ago

Attempt missed. Jean-Philippe Mateta (Crystal Palace) header from the centre of the box.
4:15 PMa month ago

Attempt missed. Cheikhou Kouyaté (Crystal Palace) right footed shot from outside the box misses to the left.
3:23 PMa month ago

Attempt saved. Miguel Almirón (Newcastle United) left footed shot from outside the box is saved in the bottom left corner.
3:20 PMa month ago

Attempt missed. Miguel Almirón (Newcastle United) left footed shot from the centre of the box is close, but misses to the left.
3:06 PMa month ago

Attempt blocked. Miguel Almirón (Newcastle United) left footed shot from the centre of the box is blocked. Assisted by Joelinton.
2:59 PMa month ago

Match kicks off at St. James Park between Newcastle United and Crystal Palace
2:28 PMa month ago

In a couple of minutes we will start with the broadcast of the match Newcastle United vs Crystal Palace, corresponding to the 30th round of the Premier League.
2:27 PMa month ago

LET'S SEE IF IT DOESN'T WEIGH THEM DOWN

Last weekend, Crystal Palace lost to Chelsea in the FA Cup semifinals by 2-0 and lost the opportunity to face Liverpool in the final of the tournament, although it was a tough blow, this game will be the test to see the mood of the match.
2:27 PMa month ago

This is the starting eleven that Viera will send to St. James Park to try to get another away win and keep on winning in this closing game of the campaign. 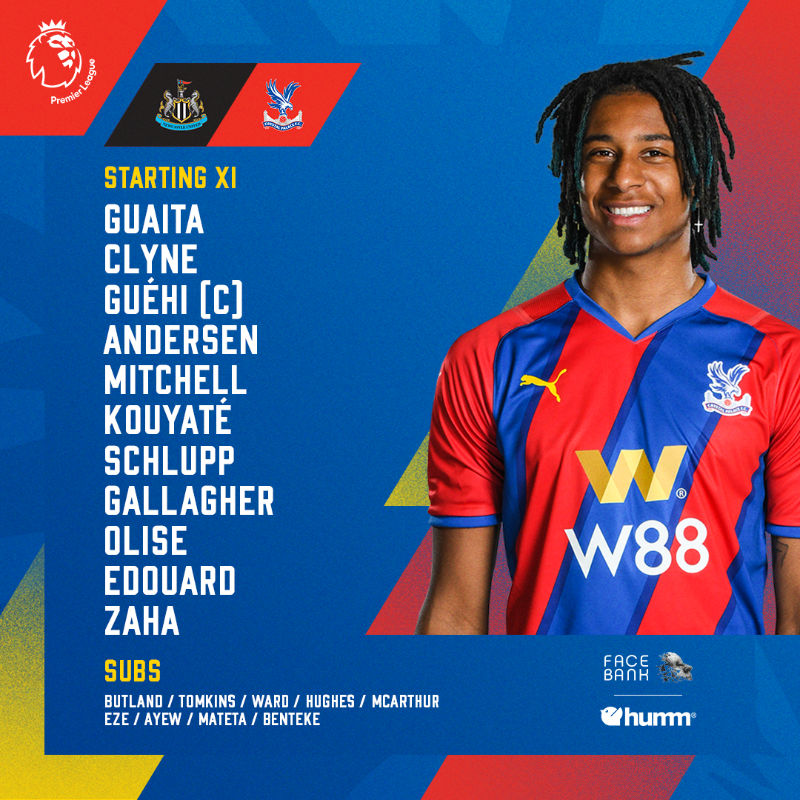 This is Newcastle United's starting eleven to face Crystal Palace at home and in the company of their people in this rescheduled match. 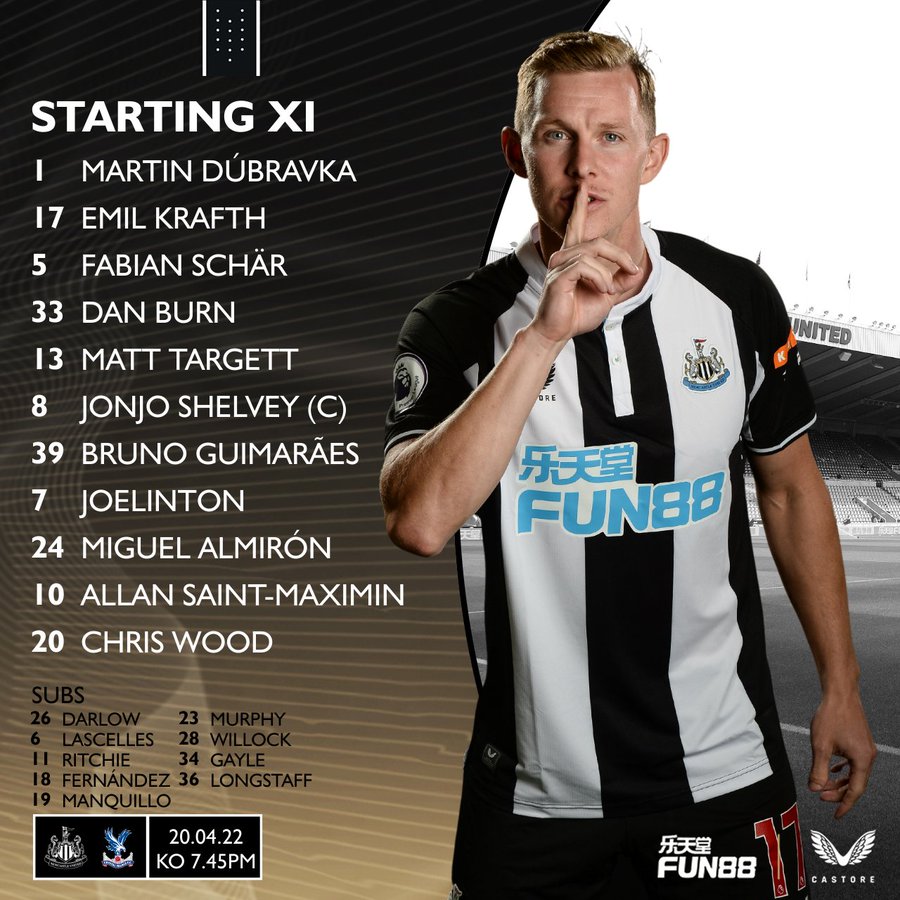 A MATCH FULL OF GOALS

At least in the last 3 matches played between Crystal Palace and Newcastle United, the goals have been 2.5 on average, and if you take into account the last 5 duels, in all of them there has been at least one goal throughout the 90 minutes so there will be a guaranteed show according to the statistics.
2:07 PMa month ago

A MARTYRDOM TO PLAY ON WEDNESDAYS FOR PALACE

TODAY THE BALANCE IS TILTED TO ONE SIDE

The last 6 matches between Newcastle United and Crystal Palace have ended in 3 wins for the home side and 3 for the visitors, with the last 3 duels being the ones painted in favor of the Palace eagles. However, today the balance could be tipped to one side as the winner would have more wins over his rival in case the draw does not happen in today's duel.
1:57 PMa month ago

The wait is over, Newcastle United will host Crystal Palace in the match pending to the 30th round of the Premier League, both teams will be looking for three points to continue increasing their advantage over the teams in the relegation zone, however, it is almost a fact that both will be present in the next season of the Premier League.
1:52 PMa month ago

Do not miss a detail of the match with the live updates and commentaries of VAVEL. Follow along with us all the details, commentaries, analysis and lineups for this Newcastle vs Crystal Palace match.
1:47 PMa month ago

What time is Newcastle vs Crystal Palace match for Premier League?

This is the start time of the game Newcastle vs Crystal Palace of 20th April in several countries:

From Ivory Coast to the world, Wilfried Zaha will be the player to watch for this match. From 2017 onwards, the African has played 19,345 minutes with the Eagles jersey in which he has become a real reference in attack with 48 goals in his personal account, he has also appeared 235 times in the starting lineup and has assisted on 41 occasions. Also, on 39 occasions he has received the yellow card and only once he was sent off with a straight red card, Zaha could be the unbalancing factor that puts the balance in favor of Crystal Palace. 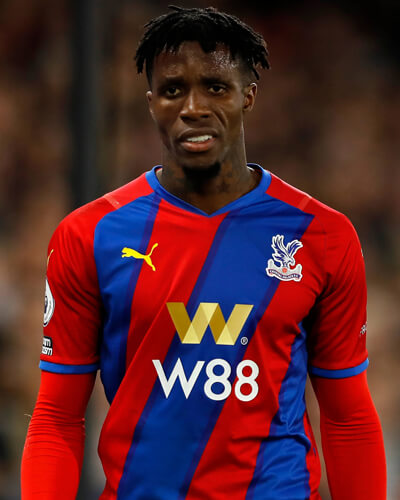 Watch out for this Newcastle player:

Callum Wilson is an English player who plays as a striker and has shown a good level and has contributed to the team's offense so far this season. He is a striker with a great ability, with characteristics of a classic 9, who goes well through the air, more of a box-to-box striker, who holds the ball and knows how to generate scoring options and define them. 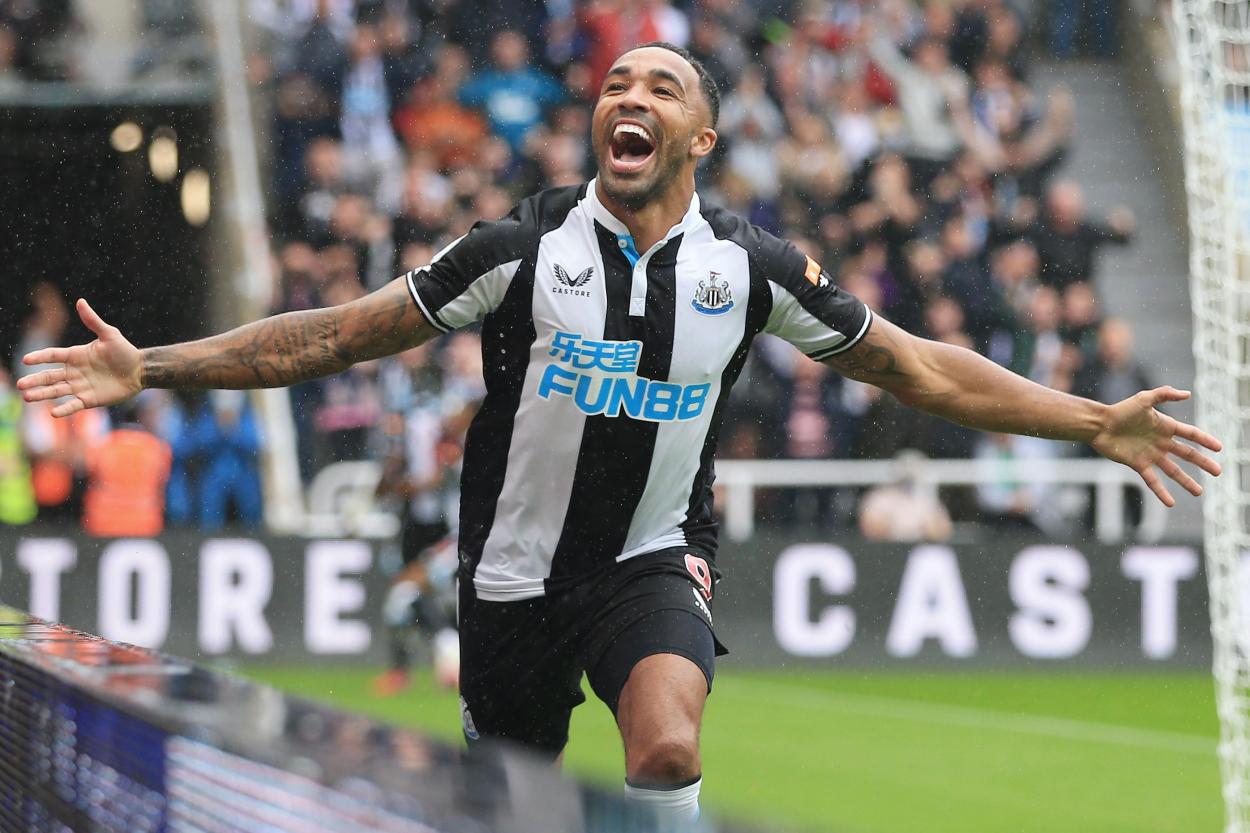 Newcastle and Crystal Palace have met on a total of 48 occasions (27 wins for Newcastle, 9 draws and 12 wins for Crystal Palace) where the balance is entirely in favor of the locals. In terms of goals, Newcastle is slightly better with 68 goals scored while Crystal Palace has scored 40 goals. Their last meeting dates back to matchday 9 of the 2021-22 season where both teams drew by the minimum.
1:17 PMa month ago

St James' Park, for sponsorship reasons Sports Direct Arena, is a soccer stadium located in the city of Newcastle-upon-Tyne, belonging to the metropolitan county of Tyne and Wear in the North East of England in the United Kingdom. It is the regular home of Newcastle United Football Club, which plays in the Premier League.

On April 2, 2007, the club made a proposal to expand the stadium to 60,000 spectators, as well as to build a convention center, hotels and luxury apartments in the surrounding area, all with a budget of 300 million pounds. In this expansion, the eastern stand was excluded because of the old buildings surrounding that area, which were declared historic by the British government.

After the purchase of the club by millionaire Mike Ashley in 2007, he announced that the expansion was not a priority, although he did make improvements to the boxes and other areas of the stadium. This was because the stadium never reached full capacity, with the average attendance being approximately 45 000 spectators.

They narrowly missed out

At the beginning of the campaign, most people put Newcastle in the EFL Championship because they could not get out of the relegation places and at some point, they were placed at the last place overall, however, starting the second half of the season, Newcastle managed to overcome the adversities and managed to get out of the bottom of the general to mid-table zone, avoiding relegation and staying in the Premier League. They are currently 14th in the overall table with 37 points from 9 wins, 10 draws and 13 defeats.
1:02 PMa month ago

They will remain in the Premier League

Newcastle and Crystal Palace will meet again in another Premier League match, on the one hand, the locals managed to recover and are currently in the mid-table zone and with 12 points of difference over the first place that will go directly to the Championship, so it could be said that the Newcastle team achieved the goal of staying in the first division and will seek to continue increasing the advantage of units with this duel. On the other hand, Crystal Palace has remained in the mid-table zone all season, having a regular performance which has helped them to remain stable as far as possible.
12:57 PMa month ago

The Newcastle vs Crystal Palace match will be played at St. James Park Stadium, in Newcastle, England. The kick-off is scheduled at 14:45 pm ET.
12:52 PMa month ago

Welcome to VAVEL.com’s LIVE coverage of the 2022 Premier League: Newcastle vs Crystal Palace!