More than over a year ago Shareef O’Neal was fighting against all the odds, and as a freshman in college at UCLA he needed to have open heart surgery. A little over a year has gone by, and the 19-year old hooper from Southern California is back on the court making moves with the Bruins.

Shareef is way more than just Shaquille O'Neal’s son, and since his days at Crossroads High School, everyone knew he was destined for greatness.

Even though he’s not putting up the same insane numbers he was at High School, ‘Reef’ is coming back slowly but surely, including having minutes for Mick Cronin’s team as a redshirt freshman.

O’Neal is averaging 11 minutes per game this season, where he has recorded 2.8 points and 3.4 rebounds. His athleticism is off the charts, and even though he still has to add some low post moves to his arsenal, his way off stretching the floor for a 6’9 Forward is pretty impressive. 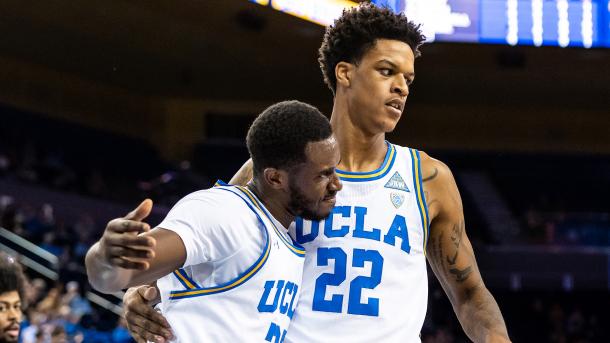 ‘Reef’ has been putting up weight since his surgery, and after starting to work out at 204lbs, he’s now at 220lbs according to the UCLA Bruins official website. Special mention to the trainer at Westwood that’s keeping him lifting through the process.

Couple of months ago, Shareef revealed to the LA Times he didn’t feel 100% yet after his performance in the Drew League, but was happy to be back on the court.

I feel [really] good. I’m back at UCLA, training, weightlifting and practicing, so my wind is getting back,” O’Neal said. “Still not 100% yet. “It’s going to take awhile, but I feel really good. I feel like each day I’m getting better. Every time I play it’s a blessing to be playing again.”

During the summer VAVEL had the opportunity to ask a couple of questions to Bol Bol during the NBA Draft 2019, where the Denver Nuggets Center showed support for his friend.

No one said his path was easy, but Shareef O'Neal has one of the most remarkable stories all time in the basketball world.