Thank you friends of VAVEL

Thank you VAVEL friends for your company on this double billboard.

Good game tonight without a doubt, there will be more MLB baseball here at VAVEL.

Finish the game at Yankee Stadium:

Nick Solak grounds out. García to 2nd. 2 out.

Adolis García singles on a line drive to left fielder

Andy Ibáñez flies out to center fielder. 1 out.

Brett Gardner grounds into a double play. Torres out at 2nd. Gardner out at 1st.

Gary Sánchez strikes out swinging. 1 out.

Gleyber Torres singles on a fly ball to center fielder.

Yonny Hernandez grounds out. 2 out.

José Treviño strikes out swinging. 1 out.

Giancarlo Stanton pops out to first baseman. 2 out.

Gio Urshela strikes out swinging. 1 out.

Charlie Culberson called out on strikes.

Willie Calhoun called out on strikes. 2 out.

Nick Solak called out on strikes. 1 out.

We come to the fateful seventh inning.

Brett Gardner called out on strikes.

Gary Sánchez grounds out. 2 out.

Gleyber Torres pops out to third baseman. 1 out.

Joey Gallo homers on a fly ball to right field.
9:10 PMa month ago

Andy Ibáñez doubles on a line drive to right fielder.

Isiah Kiner-Falefa grounds out. 2 out

Leody Tavares grounds out. 1 out

Giancarlo Stanton grounds into a double play. Judge out at 2nd. Stanton out at 1st.

Aaron judge grounds into a force out. 1 out.

DJ LeMahieu singles on a ground ball to right fielder. Urshela to 2nd.

Gio Urshela singles on a line drive to right fielder.

José Treviño grounds out. 2 out.

Charlie Culberson strikes out swinging. 1 out.

Gary Sánchez grounds out. 2 out.

Gleyber Torres strikes out swinging. 1 out.

Andy Ibáñez singles on a fly  ball to right fielder. Kiner-Falefa to 3rd.

We go to the fourth inning.

Giancarlo Stanton homers on a line drive to left field.
8:10 PMa month ago

Aaron Judge called out on strikes. 2 out.

Anthony Rizzo pops out to catcher in foul territory. 1 out.

Yonny Hernandez strikes out swinging. 2 out.

José Treviño flies out to center fielder. 1 out.

Gio Urshela strikes out swinging. 2 out.

Brett Gardner doubles on a ground ball to right fielder. Torres to 3rd.

Gary Sánchez lines out to shortstop. 1 out.

After Yankees Challenge: Willie Calhoun grounds into a double play. Solak out at 2nd. Calhoun out 1st.

Nick Solak singles on a line drive to right fielder.

DJ LeMahieu grounds out sharply. 1 out

Adolis García grounds into a force out.

Andy Ibañez singles on a fly ball to center fielder.

Isiah Kiner-Falefa strikes out swinging. 1 out

Leody Taveras strikes out swinging. 1out.

All ready to start the game.

Kyle Cody - Expected to be out until at least Sep 25

Matt Bush - Expected to be out until at least Oct 1

Under the Stadium Lights. #SquadUp
7:05 PMa month ago

Pitcher Dane Dunning (5-8, 4.28 ERA) will take to the mound to make his first start since coming off the COVID-19 disabled list on Sept. 10.

Dunning has made a couple of relief appearances since he returned and is 3-2 with a 3.61 ERA. in the last 10 outings of him. A good performance to go from having no rhythm of play.

Dunning faces the New York Yankees for the second time in his career. He pitched against the Bronx Bombers on May 20, when he went without a decision and pitched six scoreless innings in a 2-0 loss to the Texas Rangers.

Jordan Montgomery for his first win against Rangers

Montgomery went without a decision Thursday at Baltimore when he allowed one run and six hits in 5 2/3 innings and recorded 12 strikeouts, his career-best record, before the Bronx Bombers lost 3-2 in a set of 10 tickets.

In Montgomery's only previous start against the Rangers, he also went without a decision on Sept. 10, 2017, in Texas, when he allowed three runs and three hits pitching in 3 1/3 innings during 16-7 NY Yankees win.

The Texas Rangers (55-95) are 2-6 in their last eight games, although Monday was their most competitive loss of this stretch. The first five losses were by five runs or more and on Monday, the Rangers landed a home run by Charlie Culberson, an RBI double by Isiah Kiner-Falefa and a sacrifice fly by rookie slugger Adolis Garcia, all in the fifth inning.

They only have to finish a season worthy of oblivion, and without pressure, tonight they have the opportunity to provide a great game like last night.

The New York Yankees could only get a long-suffering win against the Texas Rangers yesterday to gain ground in the wild-card race, and they will look for another win tonight as the teams continue their three-game series at Yankee Stadium.

The New York Yankees (84-67) will begin play tonight a half game behind the Toronto Blue Jays for the second AL wild-card spot and two behind the now wild-card leader Boston Red Sox. As they try to get a win over last-place Texas in the division, the Yankees look to the help of the Tampa Bay Rays and the New York Mets, respectively, against the teams that are closely pursuing them.

The Yankees are 8-15 in their last 23 games since a 13-game winning streak gave them a three-game lead in the wild-card race. They bounced back from being outscored 22-4 in a pair of uneven losses to the Cleveland Indians by beating the Rangers 4-3 last night.

After two painful losses, the New York Yankees needed to get a win and today the demand will not be different.

Welcome back friends of VAVEL to a Major League Baseball game.

Already in the final stretch of the season the Yankees want  to get the wild card ticket.

Do not miss a detail of the match: New York Yankees vs Texas Rangers with the live updates and commentaries of VAVEL.

How to watch New York Yankees vs Texas Rangers Live Stream on TV and Online?

If you want to watch the game New York Yankees vs Texas Rangers live on TV, your options are: Bally Sports Southwest.

If you want to directly stream it: YES and MLB.TV

What time is New York Yankees vs Texas Rangers match for MLB?

This is the start time of the game New York Yankees vs Texas Rangers on September 21st, 2021 in several countries:

This is how the Rangers arrive

The Texas Rangers have been playing terrible baseball lately, losing five of their last six games, including a one-run loss to the New York Yankees in their last game.

In that game, the Texas offense performed poorly, scoring just three runs and recording just seven hits. However, that lousy offensive work was expected as the Rangers are averaging just 3.85 runs per game, ranking 29th in the MLB.

The Texas Rangers will look to break out of their current slump with a road game against the Bronx Bombers. However, they have lost 53 of their first 75 road games as they have struggled all season on the road.

This is how the NY Yankees arrive

The New York Yankees come into tonight's game slightly above the team average, having won five of their last eight games, including a 4-3 win at home against the Texas Rangers yesterday.

In that game, the Bronx Bombers' pitching was solid as they allowed only three runs and limited the opposing offense to just one home run. However, that quality performance wasn't too surprising as the Yankees have won 43 of their first 76 home games.

Now, the New York Yankees will be looking for another home win tonight with a showdown against already eliminated Rangers.

The Texas Rangers will go with Dane Dunning as the starter for this game, as he is in the middle of a very mediocre campaign in this 2021.

So far this season, he is 5-8 along with a 4.28 ERA. However, he also has a 6.65 ERA on the road, as he has fared very poorly in opposite stadiums while at home he has had an acceptable performance.

The New York Yankees will come out with Jordan Montgomery as the starter for this game, which should get fans very excited given his results in this 2021.

This Tuesday at Yankee Stadium, we will have a MLB baseball showdown between an American League West team and an American League East team: as the Texas Rangers visit the New York Yankees.
This game will take place at 7:05 p.m. EST and will be the second game in a three-game series. The Texas Rangers are already eliminated from any playoff aspirations and enter this game with a 55-95 record, while New York Yankees has complicated things but remains in the fight for the wild card, with a record of 84-67 .
6:00 PMa month ago

The match will be played at the Yankee Stadium

The New York Yankees vs Texas Rangers match will be played at the Yankee Stadium, in The Bronx, New York, with a capacity of 46, 357 people.

Inaugurated in 2009, it supplanted the stadium of the same name that operated in the period from 1923 to 2008.

My name is Alex CR and I’ll be your host for this game: New York Yankees vs Texas Rangers. We will provide you with pre-game analysis, score updates, and news as it happens live here on VAVEL. 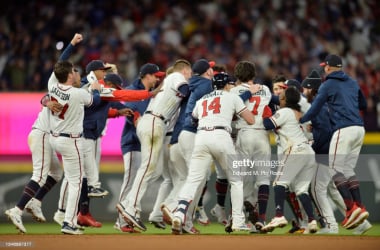 2021 National League Championship Series: Riley the hero as Braves walk off Dodgers in Game 1 9 days ago 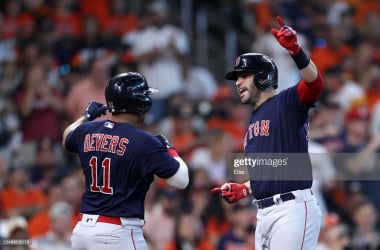 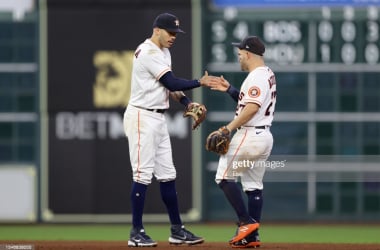 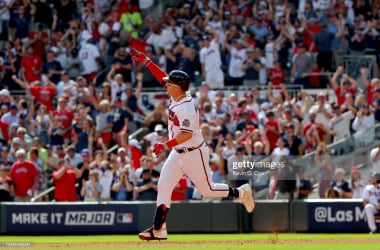