According to reports out of Phoenix, the Arizona Coyotes are currently in negotiations to purchase an existing American Hockey League team and move it to the recently renovated Tucson Arena. The Tucson entry would begin play in the 2016-2017 season. Further reports came out Thursday morning that the team in question is the Springfield Falcons. The Falcons are the current AHL affiliate of the Coyotes.

Evidently the City of Tucson has met with Coyotes officials numerous times to review the conditions of the Arena and its potential capacity to host an AHL-level team.

The Old Pueblo could have some new residents this coming fall if the Arizona Coyotes have their wish.

Recently the Rio Nuevo District completed close to $8 million in facility upgrades at the Arena. Updated restrooms, concession stands, seating, sound systems, and lights were part of the facelift. The ice plant would not need to be upgraded but the team areas of the Arena would needed to be changed to AHL standards. These new upgrades would include locker rooms, weight rooms and medical facilities along with offices and training rooms.

Tucson has a long history with ice hockey. The Tucson Mavericks played on the old TCC Arena in the Central Hockey League starting in 1975. In 1976 the Tucson Icemen started in the Southwest Hockey League and then in 1978 the Tucson Rustlers arrived from the Pacific Hockey League. The Rustlers were gone by 1979.

The University of Arizona Wildcat Ice Cats hockey team plays at the Tucson Arena and does well for a college club team, but not at the level of a professional team.

The major difference this time is that the team is owned and backed by a NHL team. Having the affiliate only two hours away would be a great help to the Coyotes. Also this would also help to push and grow the game in southern Arizona. At this time there are no ice sheets in the city outside of what is at the Arena. 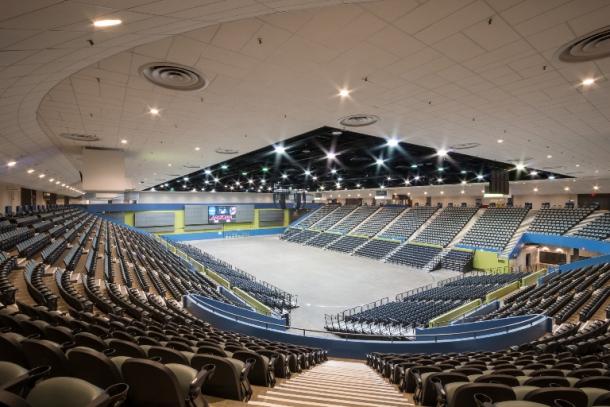 The Coyotes current affiliation is the Springfield, MA entry in the AHL. Logistically it is a problem to have your AHL team across the country. Having the team in Tucson would solve that.

Hurricanes to begin season with no fans 2 months ago