Good start for the home side

It took only 6 minutes for Sporting KC to find the back of the net on Sunday against a Colorado Rapids side well known for their strong defense. Graham Zusi rolled a ball forward to Gerso Fernandes who then whipped in a cross with the outside of his left boot. The cross was hit into Tim Howard's hands and he was forced to parry it right into the path of Seth Sinovic who tucked home his first career regular season MLS goal in his 158th appearance. This was the lone goal in an exciting first half at Children's Mercy Park.

Sporting KC pick up where they left off

The home side added a second goal thirteen minutes into the second half. Dom Dwyer picked up the ball at around midfield and displayed his wonderful hold-up play before releasing Roger Espinoza. Espinoza then proceeded to wait for Gerso's run before playing him through on goal and Gerso made no mistake. Gerson Fernandes tucked the ball into the near corner and again, might be a chance Tim Howard wishes he could have back.

Dom Dwyer proved his worth yet again adding a third goal for Sporting KC. Sinovic whipped in a beautiful early cross just out of the reach of a Colorado defender and Dwyer made no mistake from the top of the box. Dom's goal highlighted a brilliant night for the new U.S citizen but was not his only contribution. Dom was instrumental in two of the three Kansas City goals and did a lot of work elsewhere.

The Rapids were given a late penalty which Kevin Doyle made no mistake of and blasted it down the middle. Undeserved some might say as the entirety of the second half was played in Colorado's half. A mental lapse allowed Colorado to win a penalty and convert from the spot to spoil another Tim Melia clean sheet.

Though Colorado was the most impressive defensive side in MLS in 2016, it looks like Sunday's opponents may take that title in 2017. We are now five games into the MLS season and Sporting KC has conceded just two goals. A lot of this is due to a new look Tim Melia. The 30-year-old goalkeeper is in the best form of his life and shows no signs of slowing down soon.

Melia was forced to make a magnificent save in the 43rd minute after a Kevin Doyle cross which led to a Dominique Badji header which Melia got down well to save. This was probably Melia's best save of the game, but definitely not the only time he was called into action.

The addition of Ilie Sanchez has also helped the defense as the Barcelona academy product is a defensive midfielder who takes the "defensive" part of his title very serious. Having a player like Ilie in front of your back line helps prevent any nonsense in the gap between midfield and defense.

Sporting KC beat Colorado for the first time since August of 2015 on Sunday. Over that span, the two sides met five times which resulted in five Colorado wins. Sporting KC supporters will no longer dread the day they see Colorado on their calendar again. Sporting KC remains unbeaten and will feel confident they can beat anybody in MLS now.

Sporting KC will travel to a tough Providence Park and take on Western Conference leaders Portland Timbers to really put that unbeaten streak to a test. Colorado will play host to Real Salt Lake in the first edition of the 2017 Rocky Mountain Cup.

Sporting Kansas City 3-3 San Jose Earthquakes (3-0 on penalties): Melia the hero as Sporting through a day ago 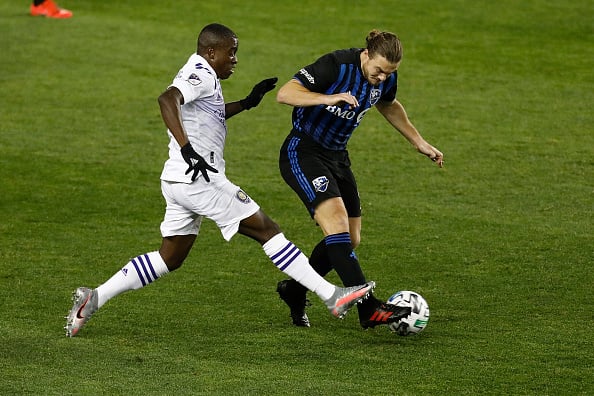