Summary of the game

Thanks for joining us, here is the last highlight of the match. With this result, Brazil will play in the final of the tournament and awaits the opponent that emerges from the Germany vs Croatia match.

Triple by the Cariocas to reach 102 points and reach three digits in the scoreboard.
8:01 AM10 months ago

Daniel Giron shoots three-pointers. Mexico uses long-range shooting as a strategy in the face of a difficult comeback.
7:57 AM10 months ago

Anderson Varejão increases the lead with two points. Brazil wins it by 29 points
7:48 AM10 months ago

Vítor Benite makes the most of the gaps in the backline to bring Brazil's tally to 59.
7:21 AM10 months ago 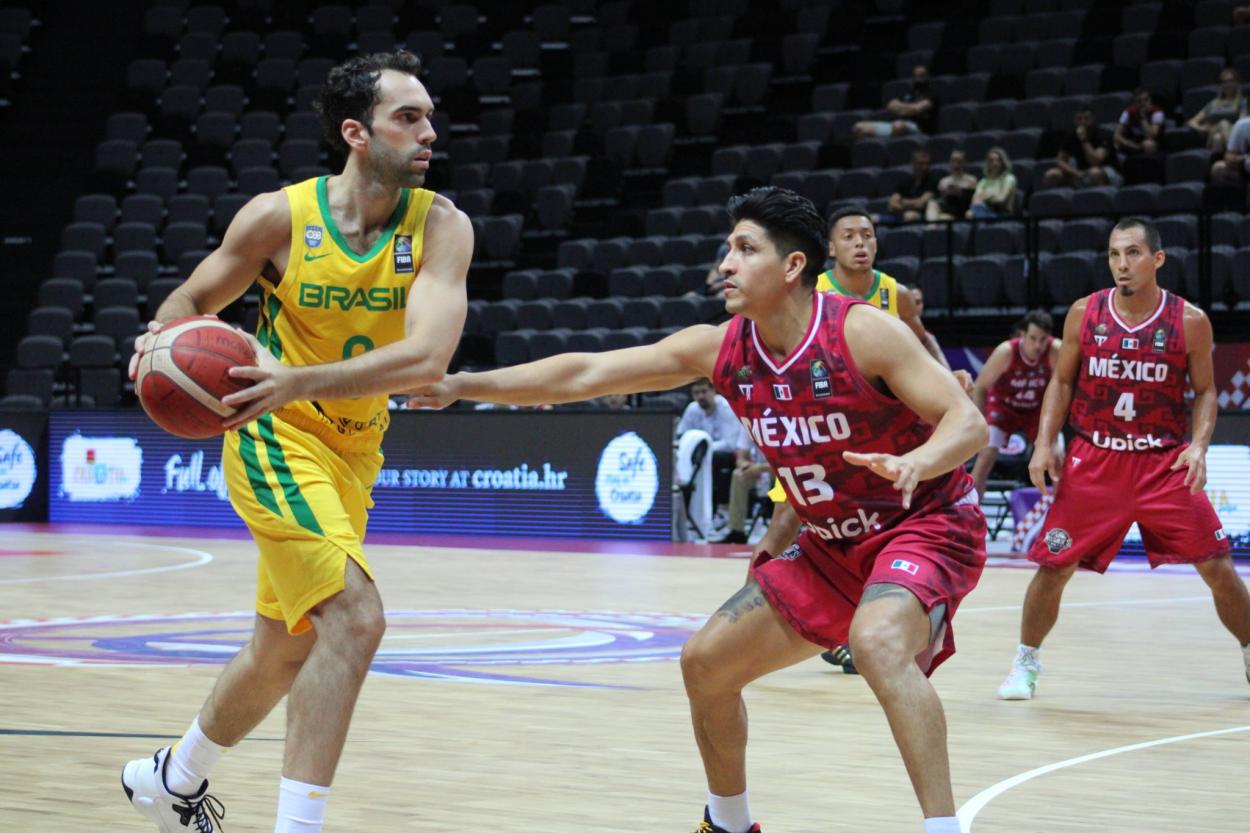 Alex Garcia scores triple from mid-range in the last second before half-time
7:15 AM10 months ago

Vítor Benite responds to Mexico's triple-double and repeats the dose
7:13 AM10 months ago

Paco Cruz scores another three-pointer to close the gap
7:06 AM10 months ago

Mexico finds the basket and Girón's triple puts them back on top after almost four minutes.
6:57 AM10 months ago

Lucas Dias scores a three-pointer to make the biggest difference so far in the game.
6:54 AM10 months ago

Triple for Vitor Benite
6:48 AM10 months ago

Foul and count for Brazil. Alex Garcia makes the triple from the line.
6:47 AM10 months ago

Ayon scores from the free throw line but misses the second and fails to tie at 17
6:39 AM10 months ago

The score is tied and there is a new game. With a triple and a double the Brazilian team ties it up.
6:38 AM10 months ago

Offensive rebound that favours the cariocas and they go to 5 units on the scoreboard.
6:34 AM10 months ago

Gustavo Ayón scores the first two points of the match and Mexico opens with an advantage on the scoreboard
6:31 AM10 months ago

Huertas, Rafa Luz, Alex, Caboclo and Hettsheimer
6:26 AM10 months ago

The national anthems are sung

The teams have already made their presentations and the national anthems are now being played.
6:16 AM10 months ago

Gustavo Ayón is recognised as one of the most outstanding basketball players in the history of the sport in Mexico, his experience abroad has positioned him as the leader of these 12 Warriors for a couple of years now. Today, with his help, the Mexican National Team will look to take one more step towards the Pre-Olympic Games. 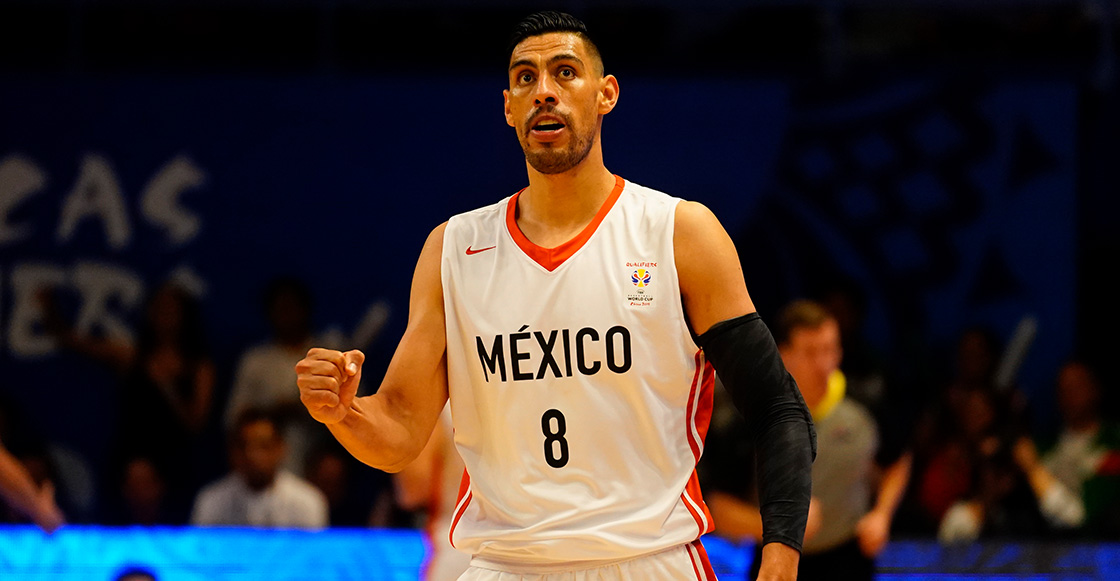 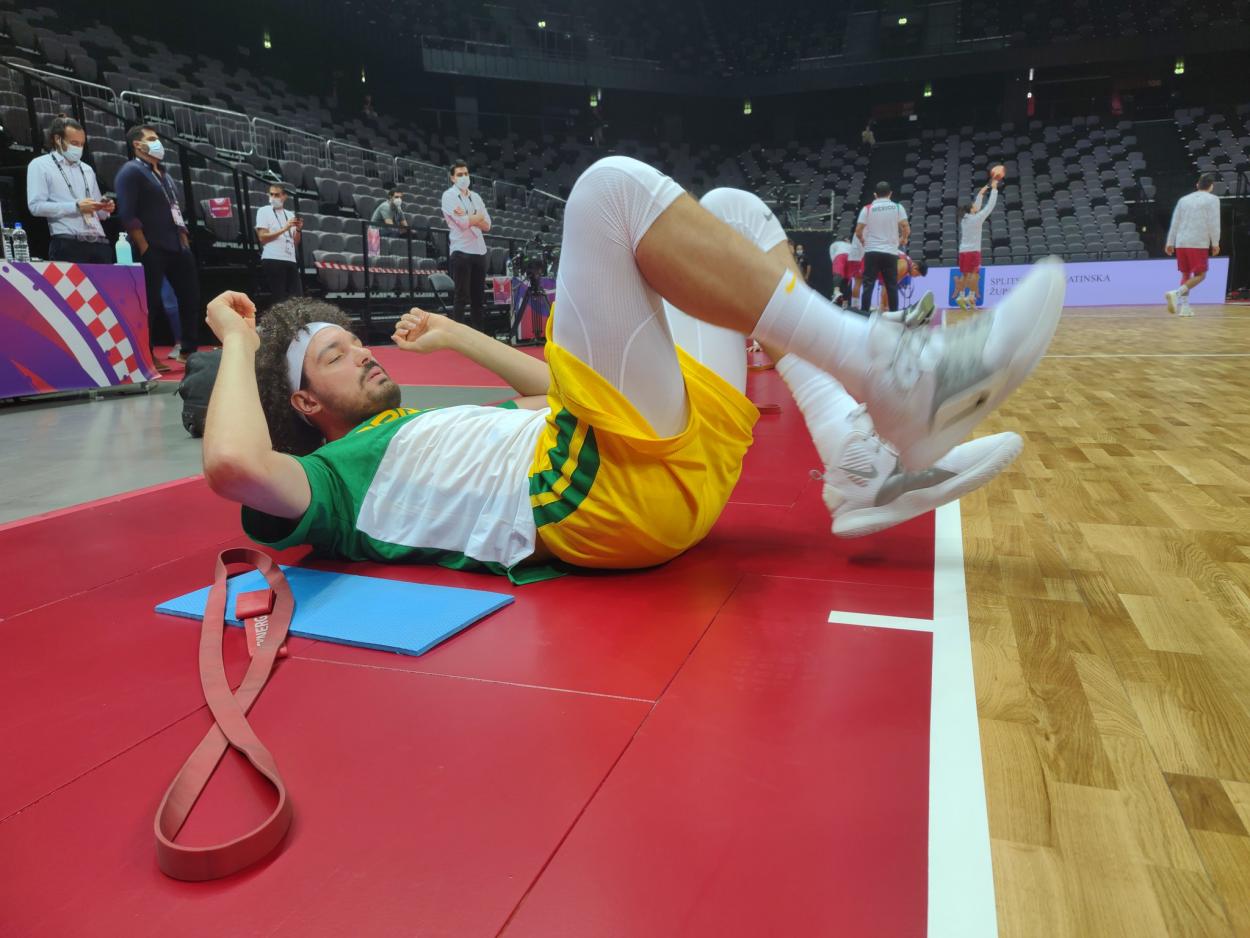 Mexico on the court

This is what the 12 Warriors look like on the court during warm-up drills prior to the start of the game. Less than one to go before kick-off

Arrival of the Brazilian squadron

Here are some images of the Brazilian team arriving at the Spaladium Arena just a few minutes before the FIBA Pre-Olympic semi-final.

In a few moments we will share with you the starting line-ups for Brazil vs Mexico live, as well as the latest news from the Spaladium Arena in Split, Croatia. Stay up to date with all the action with VAVEL's minute-by-minute live online coverage of the match.

How to watch Brazil vs Mexico Live Stream on TV and Online?

If you want to watch the game Brazil vs Mexico live on TV, your options is: Fox Sports 2.

If you want to directly stream it: Streaming services and Fox Sports 2  app.

Men's basketball has been an Olympic Games discipline since 1936 without interruption. The tournament is dominated by the United States, having won 15 of the 18 editions.

But Mexico and Brazil are no strangers to the finals. Mexico has won bronze once, at the 1936 Berlin Games, while Brazil has done so on three occasions: Helsinki 1952,Rome 1960 and Tokyo 1964

On the bench of the Mexican national team, the technical direction is in the hands of an expert in the field: Omar Quintero, who assured that if they continue with the sporting level shown against Russia, the Tricolour team can aspire to the Olympic Games.
5:12 AM10 months ago

The South Americans advanced as leaders of Group B with four points. In their participation in the tournament they have two victories, the first against Tunisia by a score of 83-57 and the second against Croatia 94-67.

Mexico and Brazil have shared a great rivalry for almost a decade, so the duel is sure to be a great spectacle and exciting.

Although the 12 Warriors started their participation in the tournament on the right foot, they managed to recover and are now looking forward to continue advancing in the Pre-Olympic.

In the first episode Mexico lost by a score of 82-76 in their debut against Germany.

Afterwards they got back on track and defeated Russia 72-64. This result placed them second in Group A and they got their ticket to the Semifinals round, where they will play the Grand Final against the Cariocas.

FIBA awards only one ticket to qualify for the Olympic Games so these four teams will be playing for the title.

Mexico must advance to the final and win it if they are to return to the Olympic Games.

Mexico's basketball team has not qualified for the Olympics since Montreal 1976, 43 years ago.

On the road to the final

The semi-final brackets look extremely attractive for this final stage of the FIBA Pre-Olympics.

In the second, Brazil and the 12 Warriors from Mexico.