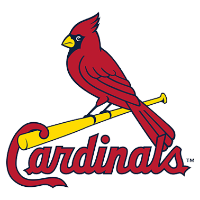 On a night where you could say the Cubs could have used a win, they pulled out of Game 2 with a 6-3 victory over the St. Louis Cardinals, tying the NLDS at one game a peace.

Chicago did exactly what most have been expecting since the wild card game last week in Pittsburgh, keeping oppenents scores down behind a field full of great defenders. This is done with the help of three relievers who came in as backup in replacement of Kyle Hendricks, who really struggled to keep the ball down giving up three runs in 4.2 innings of work at Busch Stadium.

Before the meltdown even started, the Cubs were quickly crusing when the top of the second inning came along, leading off with Kyle Hendricks facing left-hander Jaime Garcia, hitting a sacrafice bunt, scoring Austin Jackson, tying the game at one. This sent Miguel Montero to third and Hendricks to second.

Hendricks cruised a scoreless bottom half on the inning before the top of the third inning came along, when Miguel Montero was up at the dish, slapping a solid single into right field, scoring first baseman Anthony Rizzo from third.

On the St. Louis side of things, they had it goingfor them relatively early when Matt Carpenter smacked a solo home run to right field in the bottom of the first inning, giving St. Louis the early lead. Hendricks cruised well until the bottom of the fifth inning where things really fell apart, having left the ball up at the wrong times, eyeing the hot spot of both Kolten Wong and Randall Grichuk who both took him deep for solo home runs, cutting into the Cubs lead,, 6-3. Cubs manager Joe Maddon was in need for new pitcher to keep the Cards settled the rest of the way before bringing RHP Hector Rondon in to close things out.

The first one called upon was LHP Travis Wood who tossed 2.1 innings of scoreless ball, having struck out two, while giving up a single hit. Next man in, Trevor Cahill, secured things for Rondon, having pitched one inning of scoreless and hitless ball, striking out another two hitters.

This gave Hector a chance to secure the first of what the team was hoping for many wins this postseason as they look to bring playoff ball back to Wrigley Field for the first time since 2008. What exactly did Rondon do? Exactly what Chicago needed, throwing an inning of scoreless ball, giving up just one hit before wrapping up a 6-3 game in favor of the Cubs.

In terms of managerial moves, Cardinals manager Mike Matheny has announced that RHP Lance Lynn will start Game 4 on Tuesday night. Lance was called into last night's game in the third inning and pitched an inning of relief after John Lackey finished his solid night.

One thing that Joe Maddon has not yet seen would be hits from both Anthony Rizzo and Kris Bryant who still await their first of the series, going 0-14. When these two men finally get the bats going, this will be a dangerous team vying for World Series contention.