PER1
END2 days ago

Here are the most important moments of the fight.

Logan Paul stood for the agreed 8 rounds, because the fight was not sanctioned by the Florida Boxing Commission and there were no judges, there is no official winner. The fight could only be won by knockout. 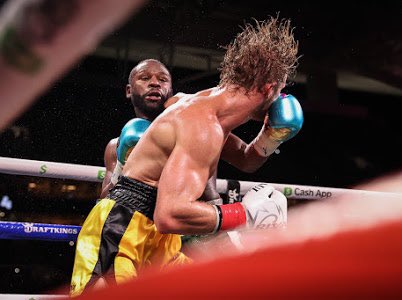 The last episode. The boxers come to tie up as in the last rounds. Floyd Mayweather does not dare to take the lead and Logan Paul holds the agreed 8 episodes without a knockout.

The bell rings for the seventh episode. Three minutes left in the fight and Logan Paul contains the experienced boxer in a good way. 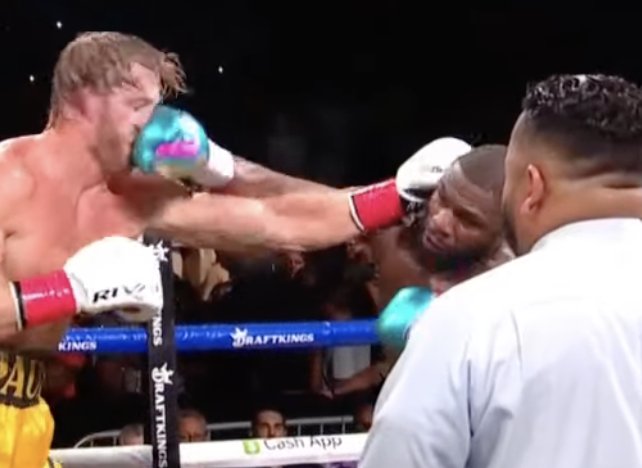 Mayweather takes the initiative to go forward, Paul lands a couple of Jabs and the boxers connect in an exchange of punches at the end of the episode.
11:24 PMa year ago

Logan Paul struggles with arm and leg movement, Mayweather makes the chase from corner to corner, Paul tries to hold back punches. 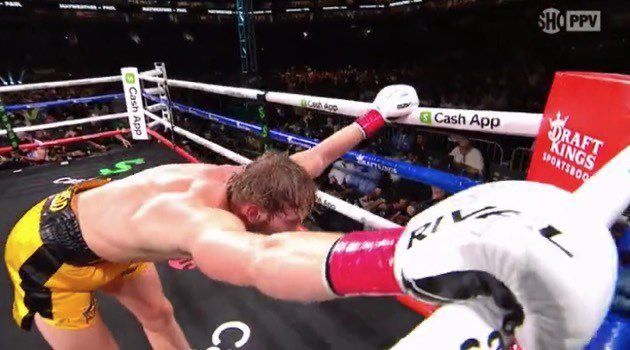 The influencer, visibly exhausted, endures an episode where the 44-year-old fighter completely dominates him.
11:19 PMa year ago 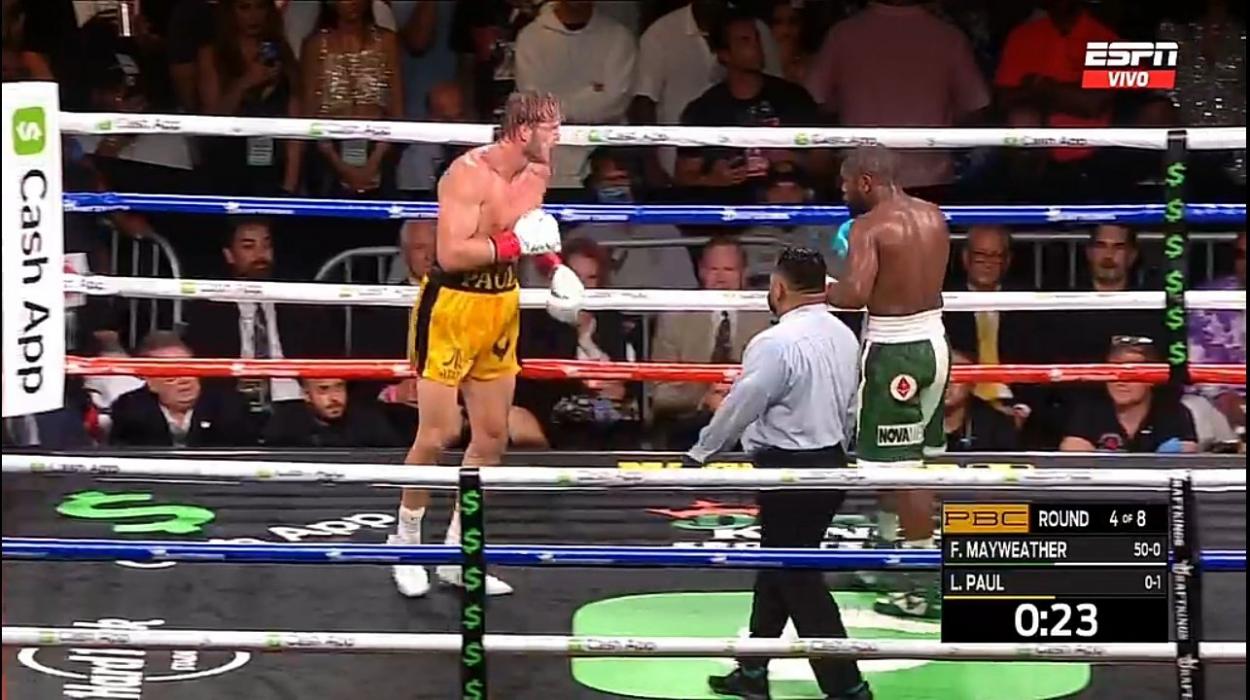 The boxers take advantage of this chapter to measure their opponents, Mayweather tightens on the defensive and is the candidate to win this round. 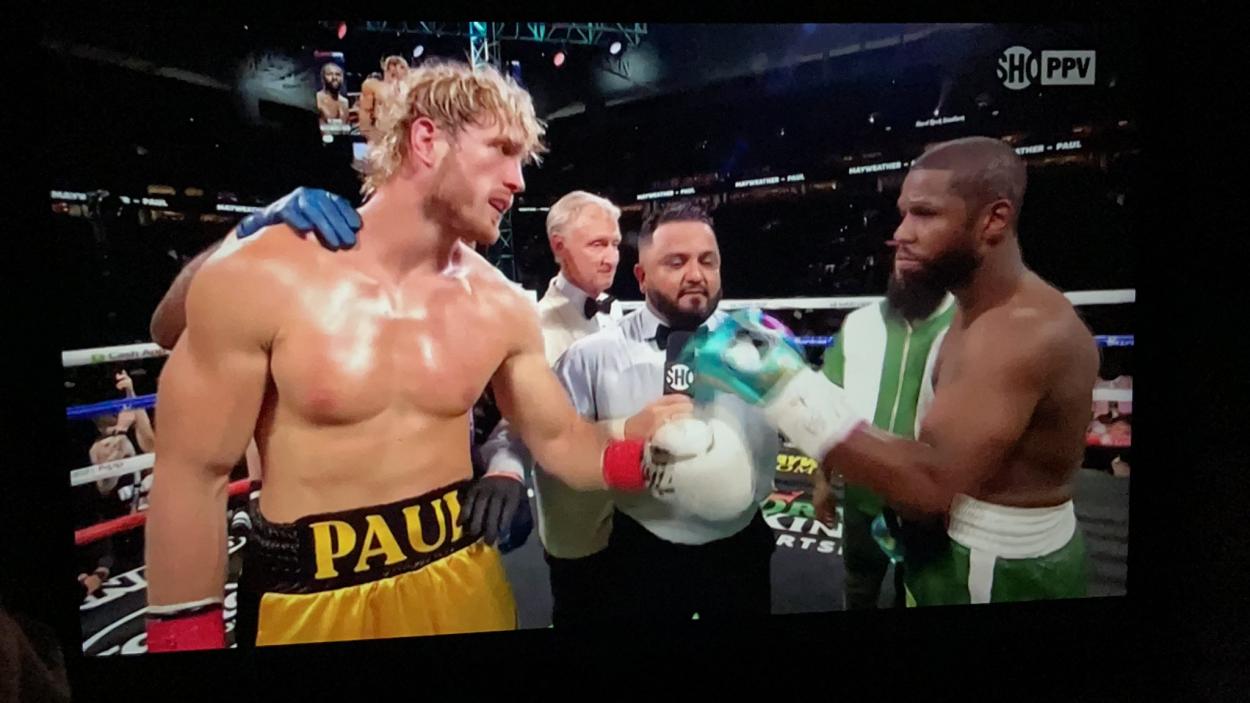 Logan Paul corners Mayweather at the last minute and connects with a series of punches that end up in his opponent's gloves
11:04 PMa year ago

The fight is on! 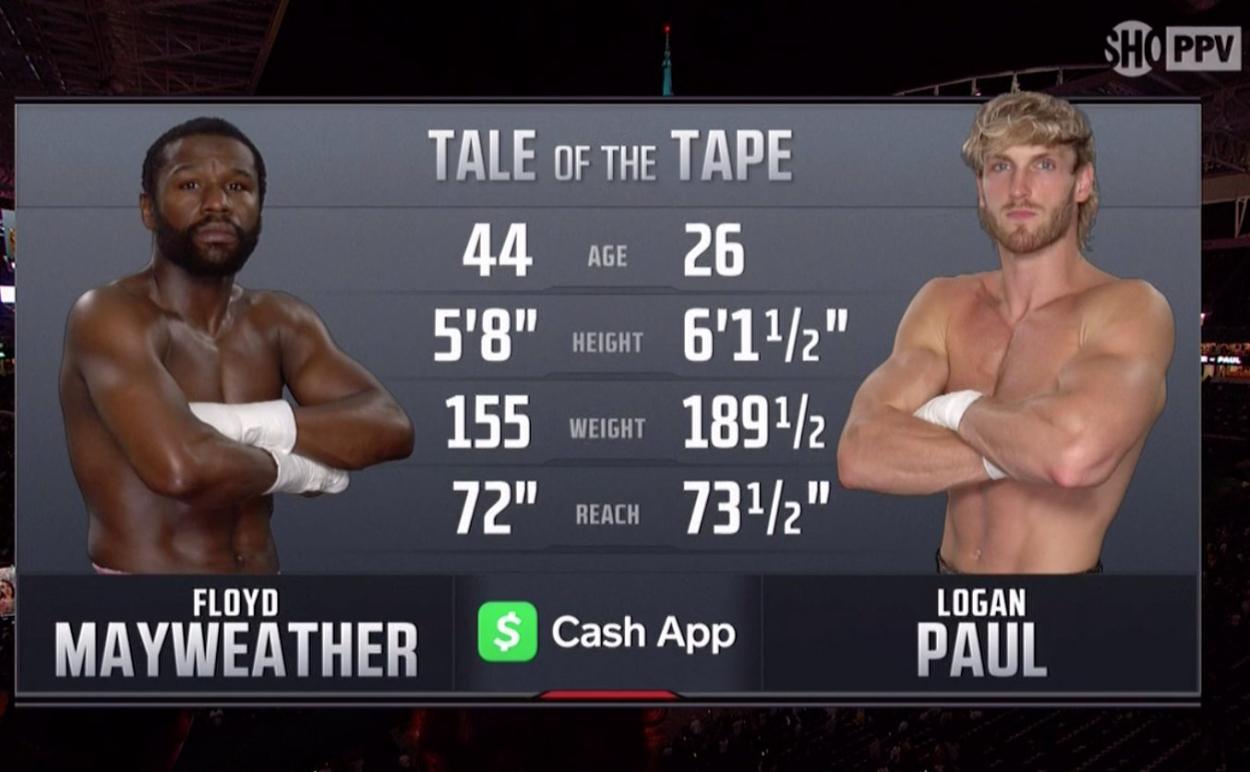 Floyd Mayweather makes his triumphant entrance to the stage accompanied by Migos. 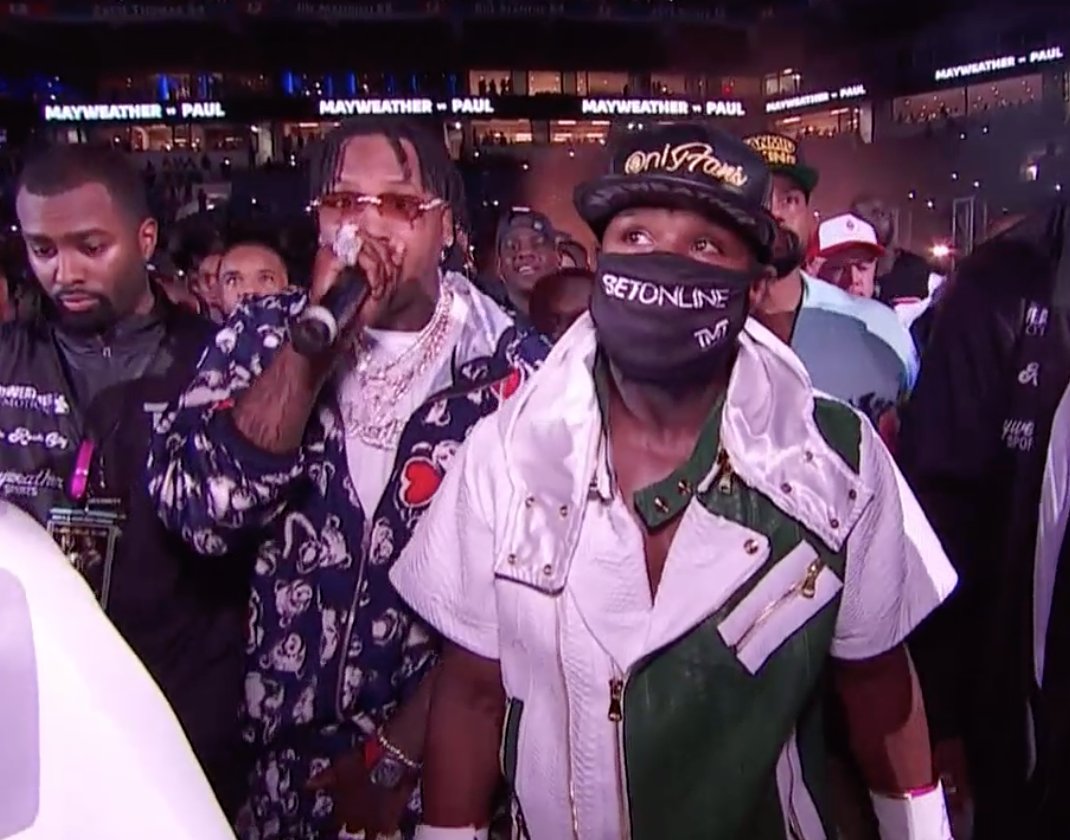 Logan Paul makes his introduction, including a Pokemon card hanging from his neck. The challenger is the first to enter the ring. 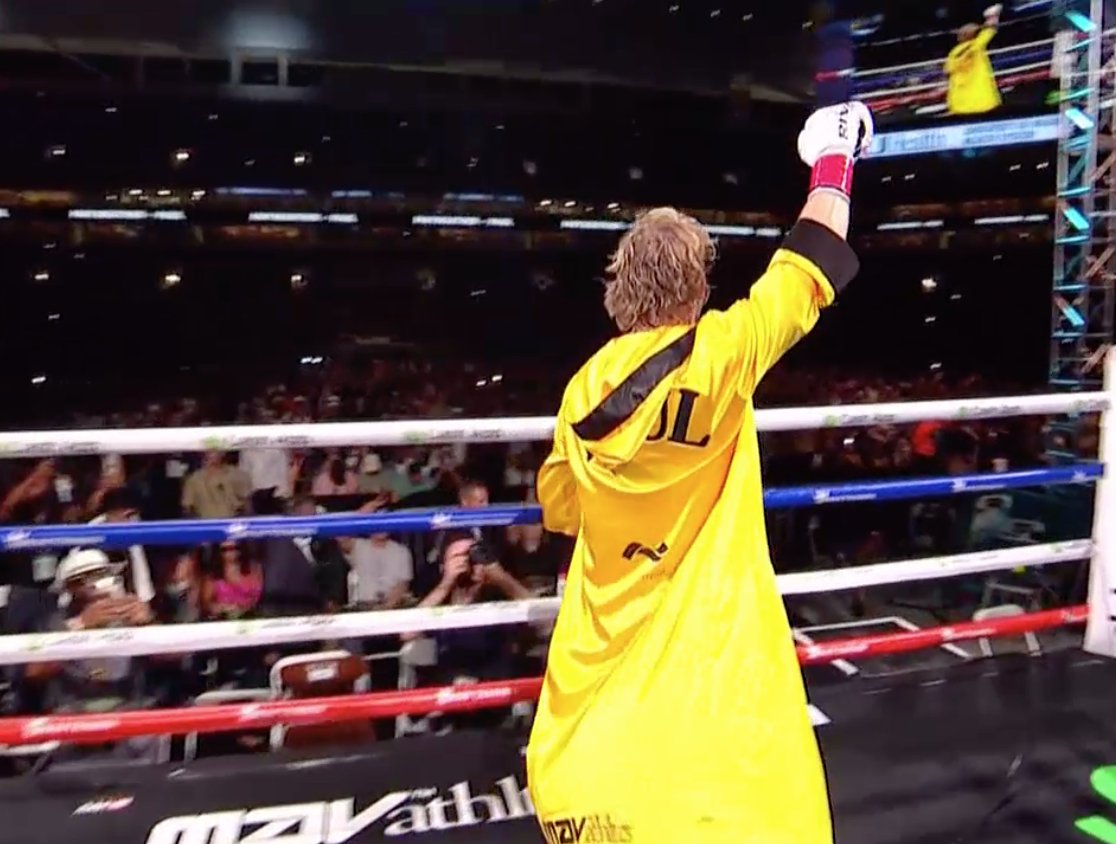 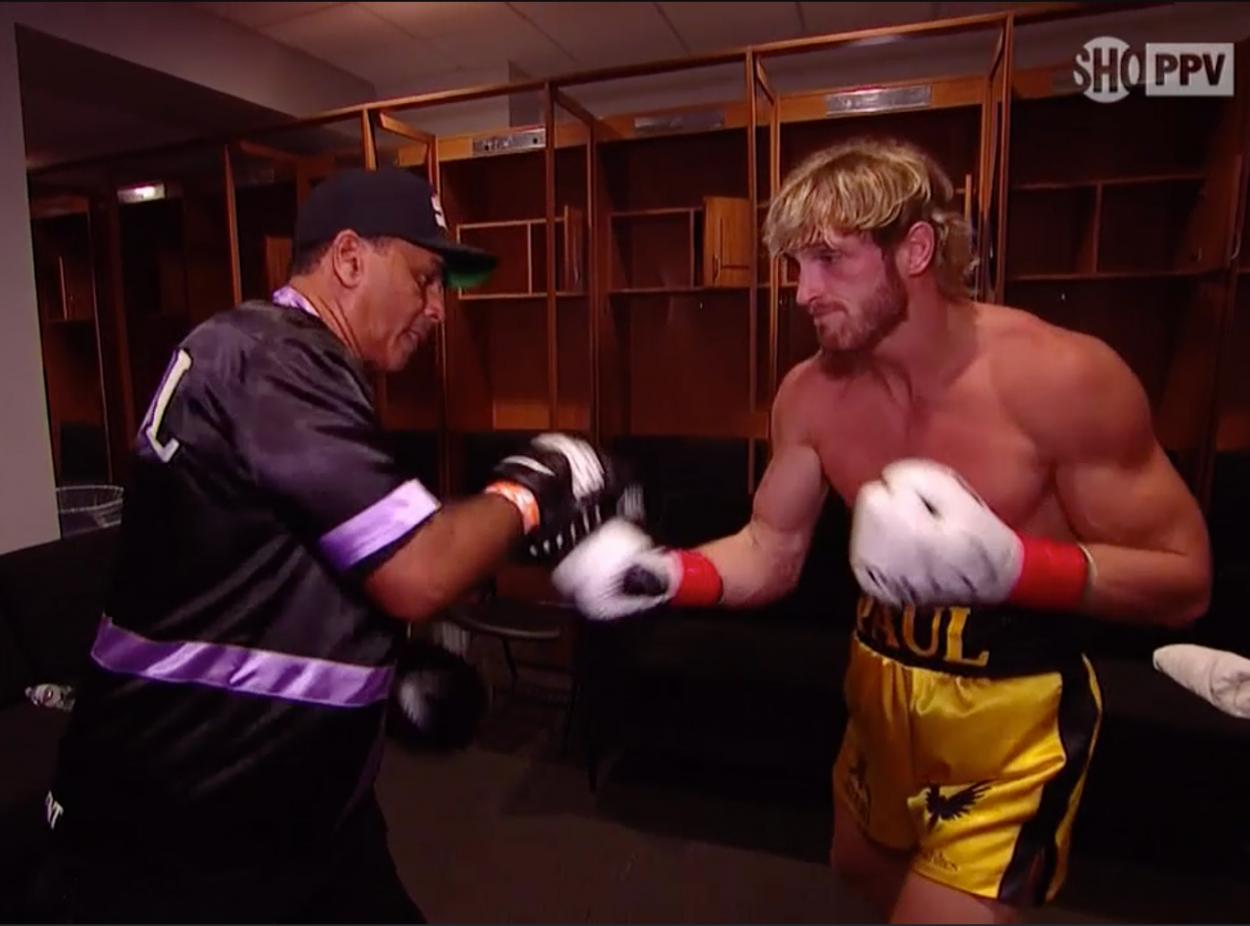 We are minutes away from starts!

In a few moments the stellar fight between Floyd Mayweather and Logan Paul will start, stay tuned for more information
10:37 PMa year ago 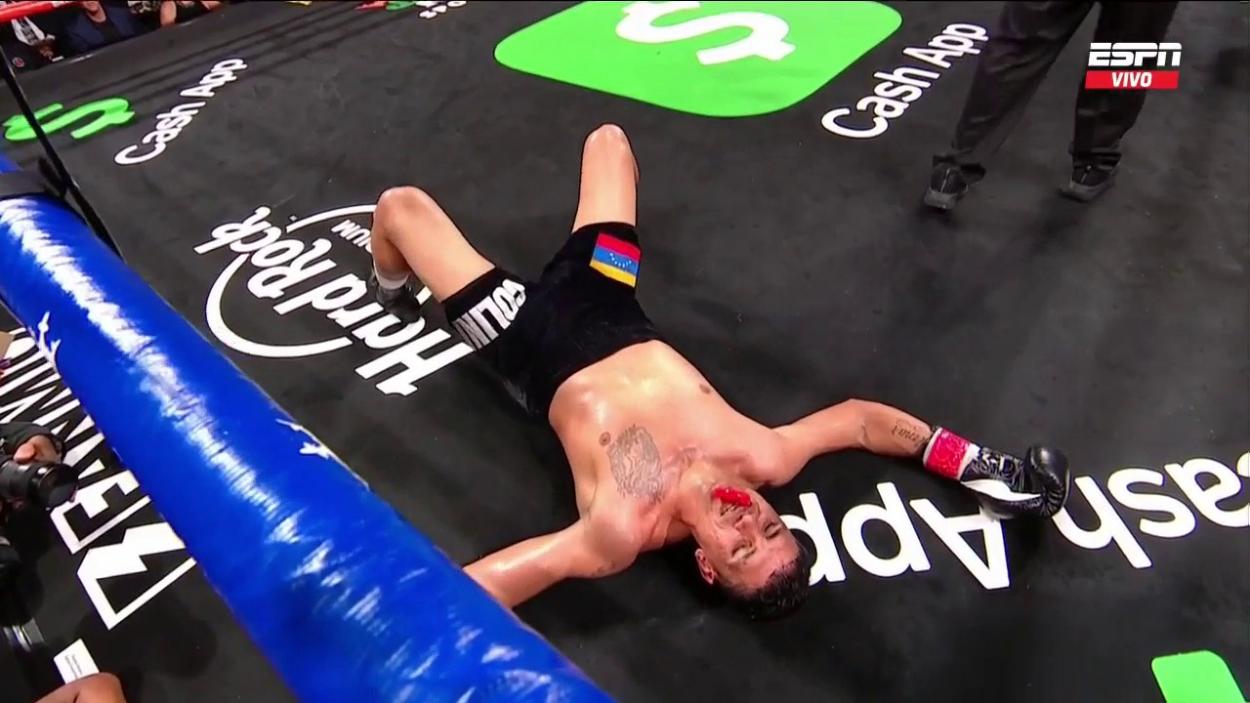 The fighter is choosing the gloves with which he will return to the ring after his retirement. 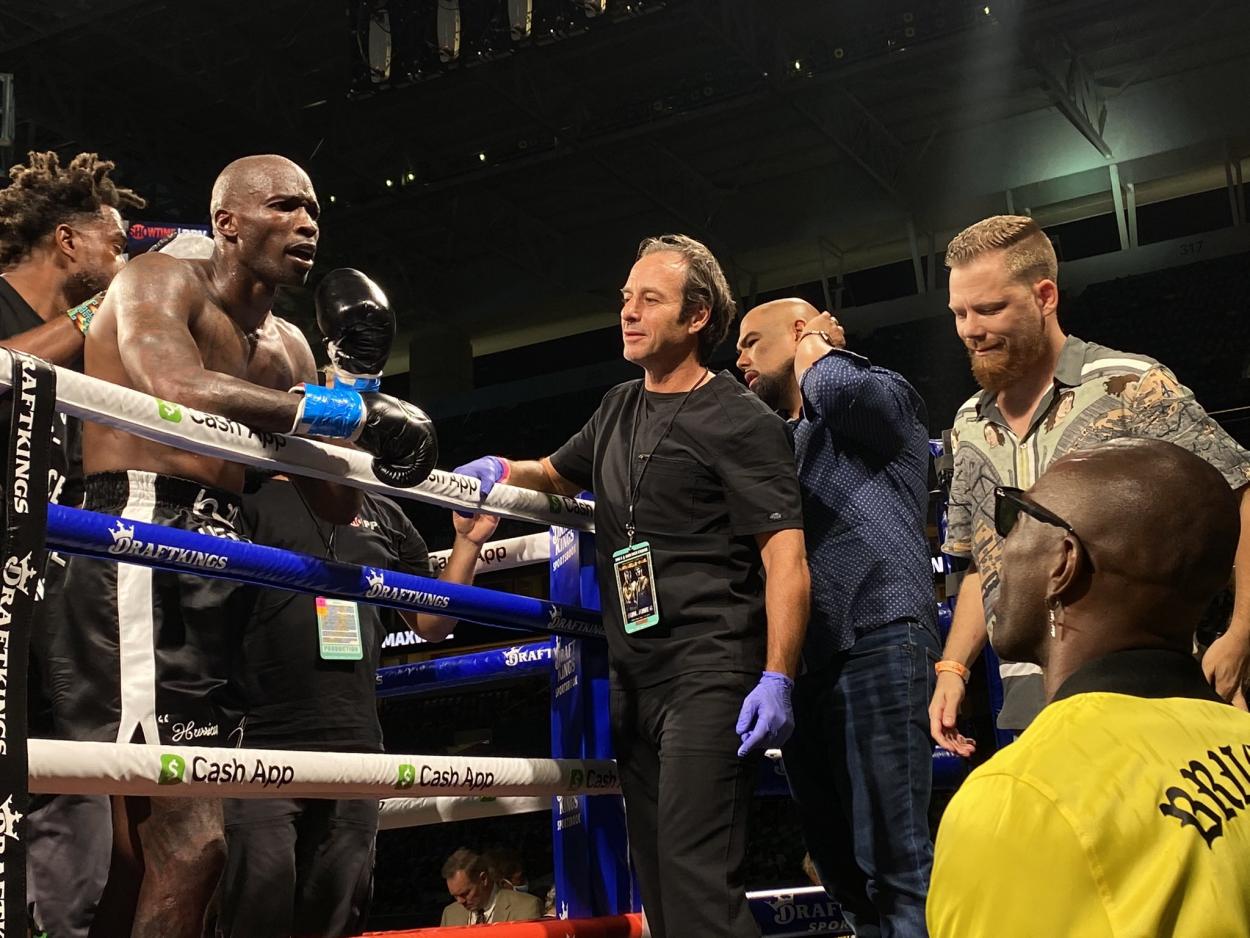 In the same way as his rival, Logan Paul also received his Miami kit 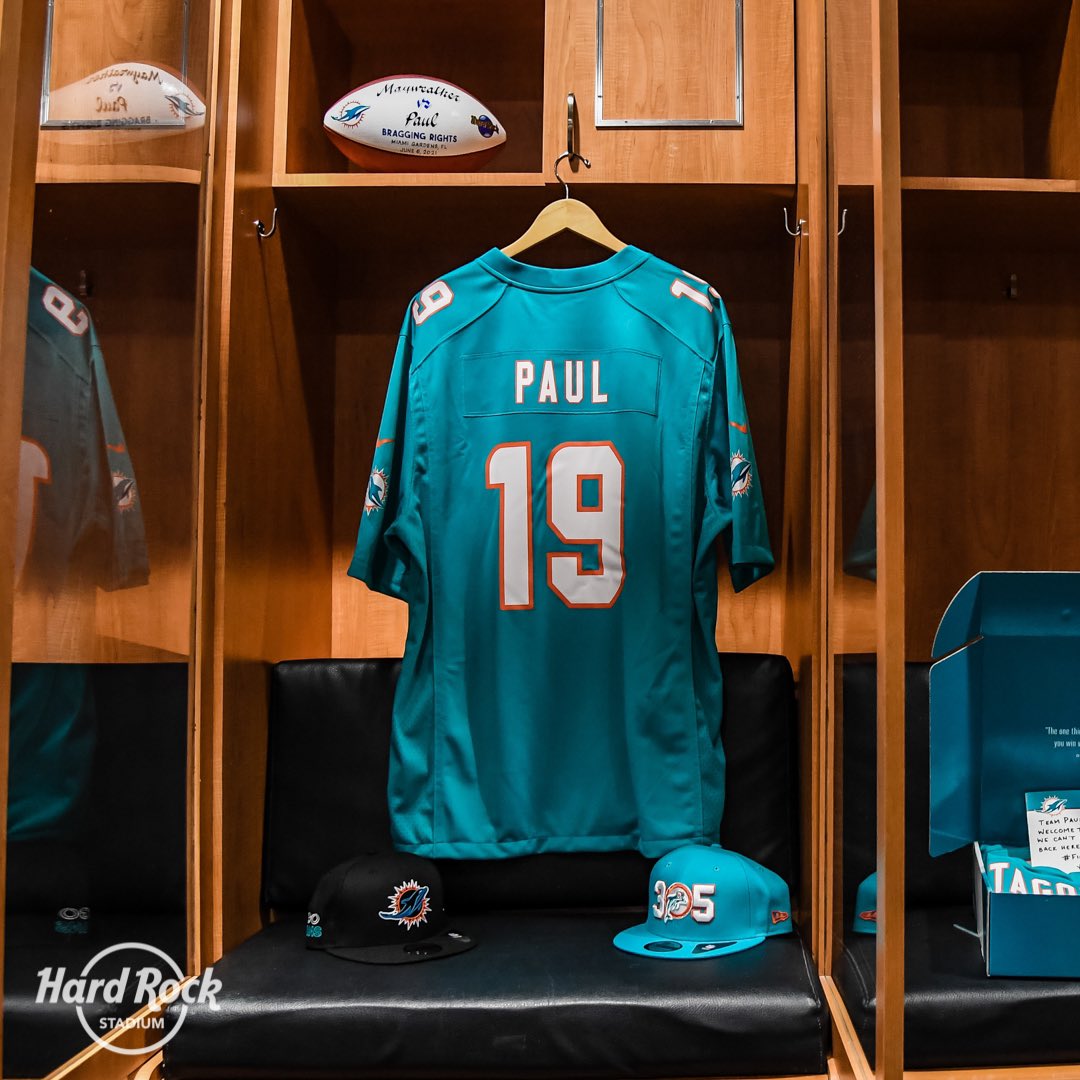 The Miami Dolphins, whose home is Hard Rock Stadium, welcomed the fighters with a team jersey. 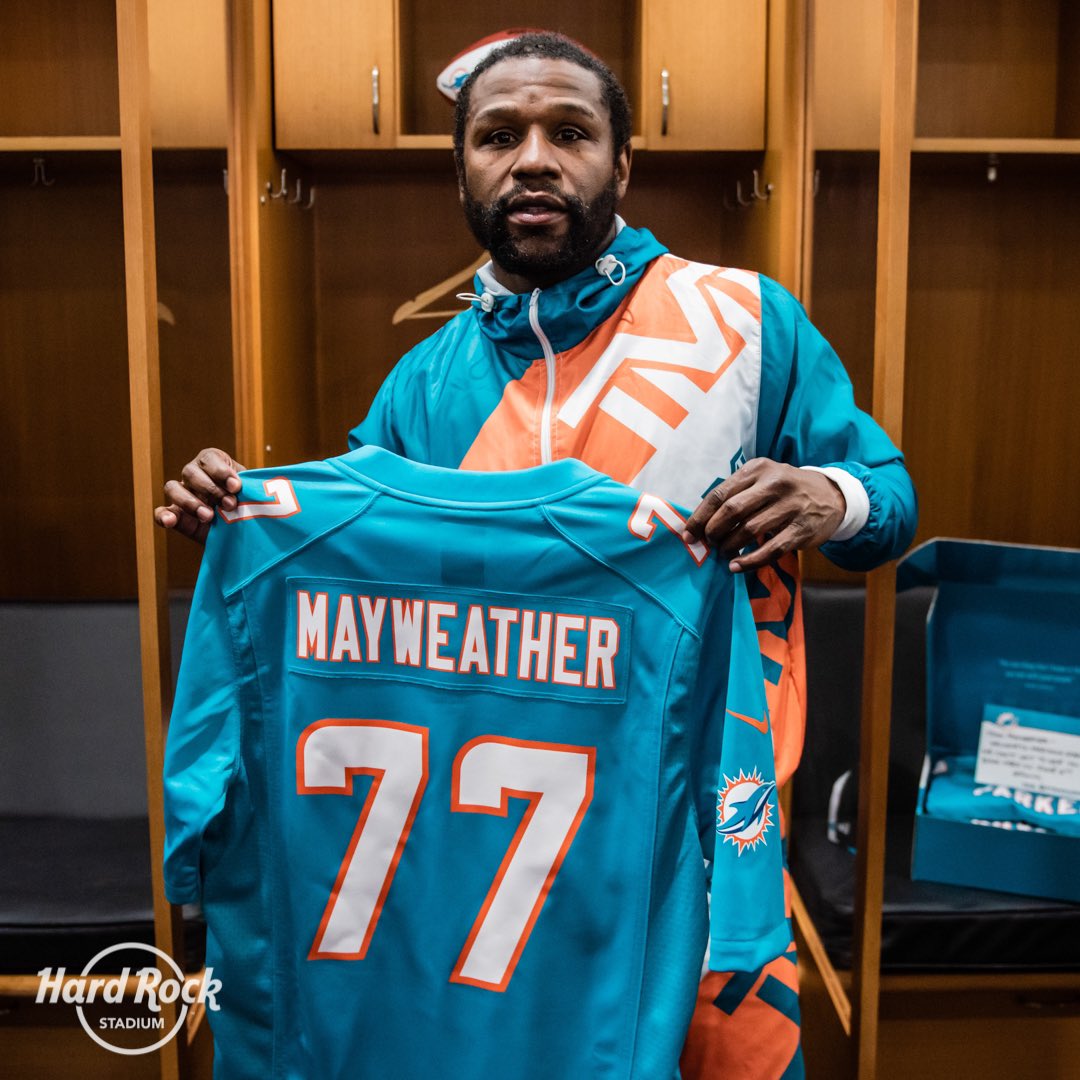 In his only professional experience, Paul lost to KSI and this fight will be his first exhibition bout at 26 years of age.
10:02 PMa year ago

It is worth remembering that Mayweather is undefeated and has defeated eight Mexican fighters, the last one being Saúl Canelo Álvarez.
9:57 PMa year ago

Floyd hasn't fought since August 2017 in exhibition fight when he had no major problems beating Connor McGregor.
9:52 PMa year ago

Do not miss a detail of the fight with the updates and commentaries of VAVEL. Follow along with us all the details, commentaries, analysis and lineups for this Mayweather vs Paul fight 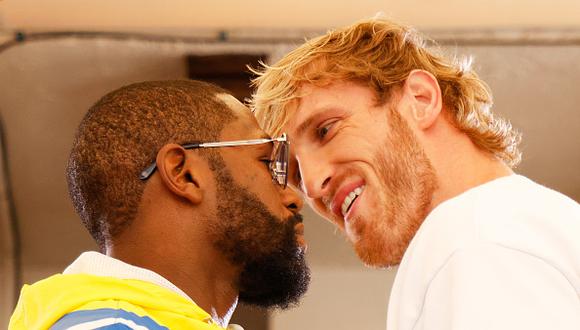 How to watch Mayweather vs Paul in TV and Stream

If you want to watch the fight Mayweather vs Paul on TV, your options is: ESPN, TUDN or Azteca Deportes.

If you want to directly stream it: Azteca Deportes and TUDN app.

The youtuber has created a lot of controversy after challenging a character of the stature of Mayweather, his record at 0-1. Fight that disputed against an also influencer. 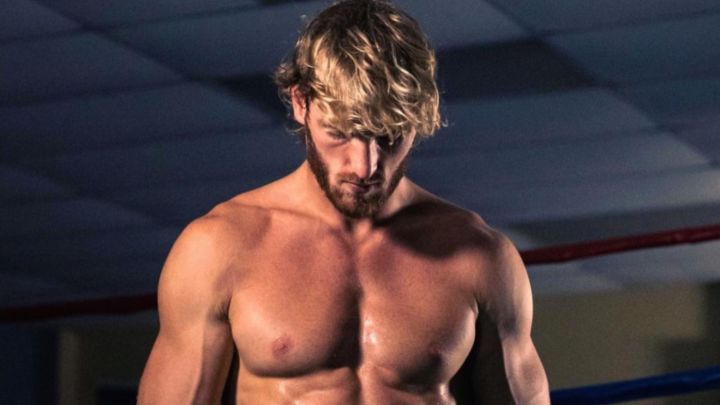 The experienced boxer and polymath maintains a 50-0 record as a professional, a mark that makes him one of the best of all time. 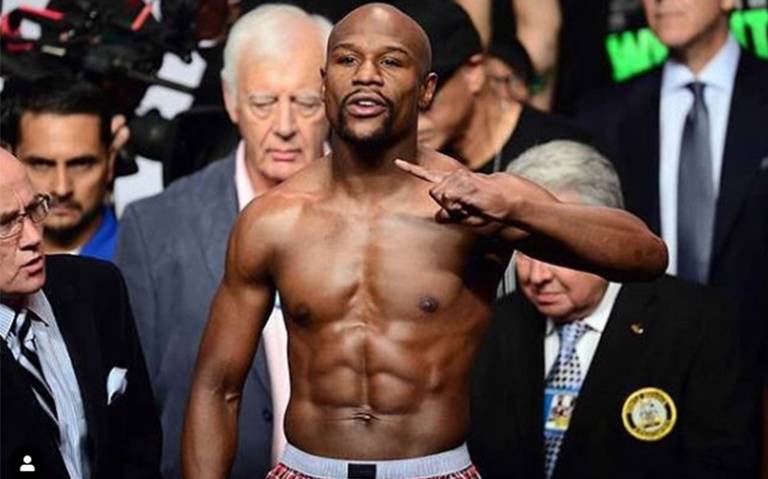 The vast difference between the two boxers lies not only in the experience of each. Mayweather is 44 years old while Paul is younger with 26 years, in terms of weight the Youtuber weighs 199 pounds, the legend of pugilism is around 150 lbs.
9:22 PMa year ago

Although much has been criticized about the difference between the fighters, the winner will be pocketing $100 million.
9:17 PMa year ago

Boxers will wear 10 oz. gloves and will not wear head protection. The fight will be 8 rounds of 3 minutes each, there will be no judges and K.O.'s are allowed.
9:12 PMa year ago

This fight will have no official validity because it is not sanctioned by the Florida State Boxing Commission, so no official winner will be announced.
9:07 PMa year ago

Floyd Mayweather vs Logan Paul match will be played at the Hard Rock Stadium, in Miami, Florida. The start of fight is scheduled at 20:00pm ET.
9:02 PMa year ago

My name is Alejandra and I’ll be your host for this fight. We will provide you with pre-game analysis updates, and news as it happens here on VAVEL.