Pass from Garoppolo to Kittle and 49ers are already in rival territory.
2:19 PMa year ago

Three and out to Washington. New San Francisco attack will begin at the 33rd yard.
2:14 PMa year ago

Finish the third quarter. San Francisco with a 3-0 lead and the ball in their possession.
2:00 PMa year ago

Fumble by Adrian Peterson. Retrieves Taylor and takes her to the 41 yard.
1:58 PMa year ago

Pass from Keenum to Trey Quinn and the Redskins come close to scoring by being in the opponent's 30 yard.
1:53 PMa year ago

15 yards of gain on Adrian Peterson's run. Washington's attack is on its 37th yard.
1:50 PMa year ago

The San Francisco attack was stopped at the 10th yard. Robbie Gould hits a 28-yard field goal.
1:47 PMa year ago

Pass from Garoppolo to James for rival territory at the 30th yard.
1:41 PMa year ago

Washington Punt after Keenum's capture. Attack of 49ers will be from their 24 yard.
1:36 PMa year ago

Interception to Garappolo in 4th Chance attempt. Redskins have possession in midfield.
1:14 PMa year ago

Finish the first half. No points tie between 49ers and Redskins.
1:07 PMa year ago

Redskins punt, San Francisco will have its last attack of the first half from its 35 yard.
1:03 PMa year ago

Screen pass from Keenum to Smallwood and Redskins are already in rival territory.
12:41 PMa year ago

Runs for 15 yards Garappolo and are in rival territory
12:26 PMa year ago

Three and out to Washington. Punt and at 46th San Francisco will begin his second attack of the game.
12:20 PMa year ago

They stop the 49ers attack. San Francisco Punt and Washington attack will start from their 8th yard.
12:17 PMa year ago

Wayne Smallwood runs for over 20 yards and is at the red zone gates.
12:07 PMa year ago

New 1&10 for the Redskins who continue to run with Adrian Peterson and are already over midfield.
12:05 PMa year ago

Three consecutive runs of Adrian Peterson and the Redskins are in their 40 yard.
12:03 PMa year ago

Redskins will have the first possession since their 15th yard.
12:02 PMa year ago

Start the game, in a rainy FedEX Field.
11:58 AMa year ago
It will be a rain game at Fedex Field. 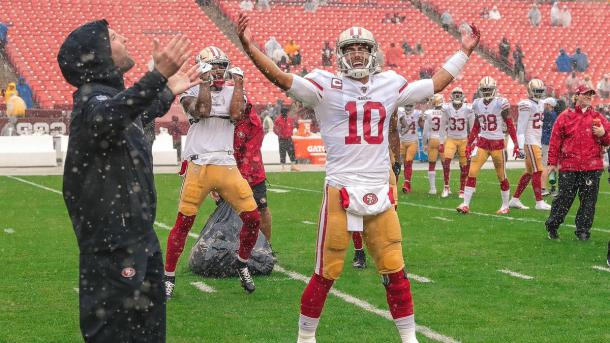 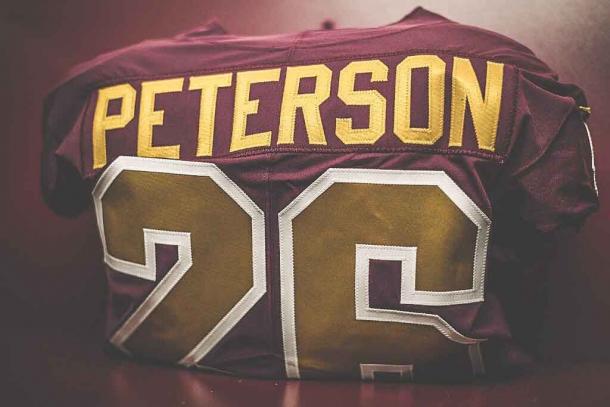 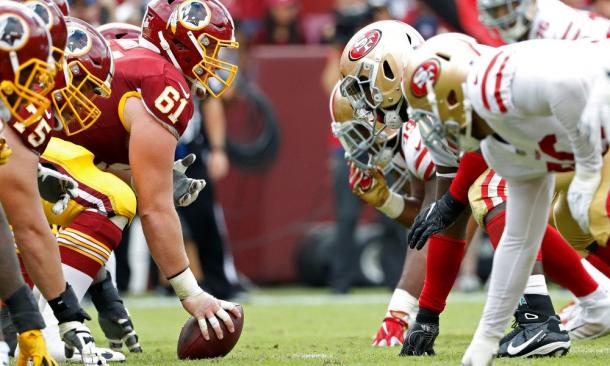 Terry McLaurin, WR of Washington Redskins. Washington's rookie receiver has had an extraordinary year and he has become the team's main receiver. With 408 yards and 5 touchdowns so far this year, McLaurin becomes the hope in the offensive to make year one of the best defenses of the NFL.
11:25 PMa year ago

George Kittle, TE of San Francisco 49ers. So far, it's been an unappealing season for the most dangerous airborne player in San Francisco. He barely records 338 yards and a touchdown. But in the face of a flimsy defense like Washington's, it may be the game where Kittle can shine.
11:08 PMa year ago

In the duel of teams not yet winning in the 2019 NFL season, the Washington Redskins defeated the Miami Dolphins (17-16) by not having prospered Miami's two-point option in the last play of the game.
11:05 PMa year ago

Much was said if the unbeaten 49ers were deceived by the rivals they had faced. Against LA Rams they showed what a good team they are by defeating them in the Coliseum by a score of (20-7) stopping completely the attack led by Jared Goff and Co.
10:49 PMa year ago

San Francisco 49ers continue to surprise by being the only undefeated team left in the National Conference. Now their 5-0 record will be displayed at FedEX Field against the Washington Redskins who arrive after just winning their first game of 2019.
10:42 PMa year ago

If you want to watch the game on TV, your options are: FOX.

Defence wins out as the Los Angles Rams beat the Seattle Seahawks in Wildcard weekend. 7 days ago

Colts made to rue missed chances as Bills march on7 days ago
Restore your password
Please enter your user name or email.
Login Member or Writer Panel
Enjoy your own Customized Newspaperwith VAVEL topics' carousels!