The United States' 26-man roster was announced on Sunday ahead of the World Cup Qualifying doubleheader against Guatemala this week.

Jurgen Klinsmann's camp in Miami will host the 26 players before they face Guatemala twice in the span of five days. The two sides will meet in Guatemala City on March 25th before squaring off again in Columbus, Ohio on March 29th.

The United States head coach spoke about the upcoming matches, saying, "Our goal definitely for the two Guatemala fixtures is six points. We badly want to get the job done before the Copa America Centenario if possible."

Six points against Guatemala over the international break would all but confirm a place in the final round of World Cup Qualifying for the United States. Currently sitting atop of Group C, the Americans are in a prime position to win the group and move on to the next round.

The squad is well balanced, incorporating plenty of experience from the likes of Dempsey, Howard and Bradley while bringing in young, talented players such as Zardes, Nagbe and Wood.

Ethan Finlay and Chris Wondolowski are among eight players that could make their World Cup Qualifying debuts this week. 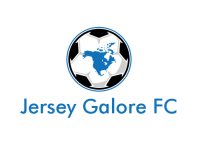