It's playoff season in MLS. After 34 games, four teams in each conference are playing knockout games this week to determine who gets to the next round. The Earthquakes travel north of the border to take on the Vancouver Whitecaps, who entered this past weekend in first place and finished it in third after losing to the Timbers and having the Sounders leapfrog them past second.

The good news in that demoralizing weekend is that they get to host the knockout game; home advantage is huge in MLS and particularly in the playoffs. When you add to that the fact that San Jose doesn't travel well - they've lost eight of their last 10 on the road - this is shaping up to be a pretty favorable matchup for the Whitecaps.

In addition to that bad road record, Vancouver has been pretty much unbeatable at home vs. San Jose - in nine games at BC Place, the Caps have won six and drawn two. Despite that, though, this is a one-game playoff, which means pretty much anything can happen, especially with a team who employs Chris Wondolowski. He may not be the player he was four years ago, but he's a guy that makes things happen out of nowhere, and in a tight MLS playoff game, that's a valuable skill indeed.

The 'Caps, though, have the offensive threat that is Fredy Montero, and while he hasn't scored yet in October, his 13 goals on the season is more than Christian Techera and Jordy Reyna, second and third on the 'Caps scoring chart this season, combined. While it's often easy to shut a team like that down, the Whitecaps proved last weekend that other guys can pick up the slack - Kendall Waston scored the 'Caps goal on Sunday in Portland, and his size alone can make him a set piece goal scoring threat even though he's a center back. 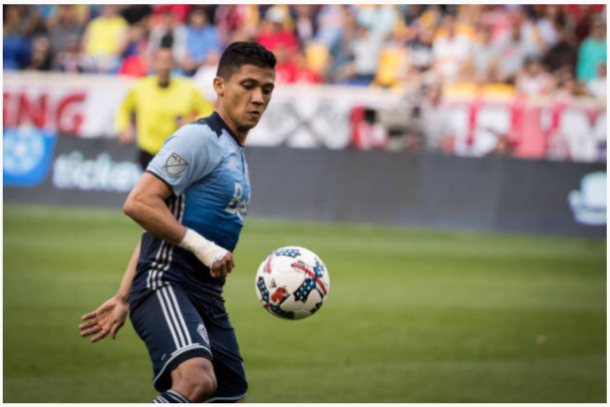 Both teams come into this game pretty healthy. For the Earthquakes, Nick Lima's still a doubt with a hamstring problem, but otherwise, both teams came through the last weekend of the season without new injuries, and will only be missing their long-term injured for Wednesday.

Both sides will probably rotate a fair bit since there are short turnarounds on both sides of this game, but Stefan Marinovic has seemingly Ousted the regular starter from the Vancouver starting goalkeeper spot oh I'm so sorry I'll never do that again that was terrible but anyway, Marinovic's the starter now, rotation or no.

Impact get dominated by Revolution7 days ago

Impact fall to Whitecaps in Undisciplined fashion13 days ago

Impact fall to TFC at home20 days ago