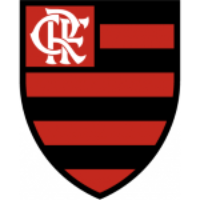 It's all over in Qatar and Liverpool win the FIFA Club World Cup for the first time!
3:04 PMa year ago

Salah also makes way to a huge round of applause. Shaqiri on for Liverpool.

119' Lincoln with a huge opportunity for Flamengo but he blazes it over the bar.
2:58 PMa year ago
112' Free kick to Liverpool in a dangerous area for a foul on Lallana. Alexander-Arnold steps over it and draws a save from Alves.
2:56 PMa year ago
111' Diego booked for a late challenge on Milner.
2:51 PMa year ago
107' Barbosa puts an effort wide. Alisson probably had it covered.
2:49 PMa year ago

The second period of extra time begins.
2:48 PMa year ago

The first period of extra time comes to a close and Liverpool have the lead.

Divock Origi comes on for the goalscorer, Firmino.

2:45 PMa year ago
104' Shouts for handball after a Liverpool corner but nothing given.

Substitute James Milner receives a yellow for a later challenge.

2:41 PMa year ago
101' Changes as Keita is replaced by Milner for Liverpool.

Flamengo also make a change as Lincoln comes on for Gerson.

Firmino puts Liverpool ahead! Mane makes a fantastic run and picks out the Brazilian in the box who takes a couple of touches before drilling it into the back of the net.

2:37 PMa year ago
97' Keita has a shot blocked after some good build up down the left flank.
2:35 PMa year ago
94' Van Dijk forced to make a headed clearance. The resulting corner is poor.
2:33 PMa year ago
92' Barbosa down with cramp. Being taken off on a stretcher but back on his feet now and will come back on.
2:30 PMa year ago
First period of extra time underway.
2:25 PMa year ago

Extra time will decide this game.
2:21 PMa year ago
No penalty. Given a goal kick.
2:19 PMa year ago
90+1' VAR checking a penalty for Liverpool. Mane brought down. Checking whether it was inside or outside the box.
2:17 PMa year ago
Five minutes added at the end of the second half.
2:16 PMa year ago
89' Vitinho booked for a foul on Keita.
2:13 PMa year ago
84' Henderson draws a fantastic save from Alves with an effort from distance. Keeper down with cramp again.
2:09 PMa year ago

80' Alexander-Arnold has an effort from distance deflected into the hands of the Flamengo keeper.

Salah booked moments later, much to the dissatisfaction of the crowd. Probably not a foul in the first place.

2:04 PMa year ago
76' Liverpool have the ball in the back of the net but Salah is a couple of yards offside.

Flamengo make their first change as Vitinho comes on for De Arrascaeta.

2:01 PMa year ago
74' Lallana replaces the injured Oxlade-Chamberlain
1:59 PMa year ago
72' Ox in serious pain and is down receiving treatment. Not good for Liverpool.
1:55 PMa year ago
68' Barbosa attempts an overhead kick but it's well-read by Alisson who gets down to make the save.
1:53 PMa year ago
66' Barbosa gets a shot away but it's blocked by Van Dijk.
1:46 PMa year ago
59' Salah fires an effort over the bar but the flag goes up for offside anyway.
1:44 PMa year ago
57' Brief stoppage in play as Rafinha receives treatment.
1:41 PMa year ago
54' Alisson is charged down and nearly gifts Flamengo an opener. Lucky escape for Liverpool.
1:40 PMa year ago
52' Barbosa lifts an effort over the bar for Flamengo. Seconds later Alisson is forced into a save to deny Barbosa once again after a mistake from Alexander-Arnold.
1:36 PMa year ago
49' Alexander-Arnold will a fantastic cross into the box to pick out Salah. The Egyptian takes it first time but drags it wide. Liverpool starting the second-half how the started the first, brightly.
1:35 PMa year ago

HOW DID THAT NOT GO IN?!

47' Nearly a world-class goal for Liverpool as Henderson picks out Firmino in the box.

The Brazilian's touch allows him to get a shot away and it nearly goes in off the inside of the post but somehow it goes wide.

Back underway in Qatar...

Flamengo kick off the second half.
1:17 PMa year ago

A bright start for the Reds, but Flamengo creating the better chances late on.

Much of the conversation will be about the performance of the referee, though. Poor for both sides.

1:16 PMa year ago
45+1' Mane booked for Liverpool. The Liverpool forward pulled back, Mane reacts and receives a booking.
1:12 PMa year ago
41' Now Henderson brought down in the box after a Liverpool free-kick. Given in Flamengo's favour.
1:11 PMa year ago
39' Keita taken out attempting to play a one-two with Salah. Refs wave play on.
1:07 PMa year ago
36' Liverpool have a good opportunity to counter but Salah's cross-field pass is cut out.
1:03 PMa year ago
31' Another Flamengo chance but Barbosa scuffs his shot. Liverpool struggling after a positive start, the Reds unable to keep possession.
12:57 PMa year ago

26' Alexander-Arnold gets caught out and Gomez has to make a vital recovery run. Henrique with the chance.
12:55 PMa year ago
25' Things have settled in Qatar after a flurry of early chances for Liverpool. Flamengo defending well, the Reds now conceding a few opportunities.
12:54 PMa year ago
23' Van Dijk has to make a vital clearance to deny a certain Flamengo goal. Poor pass out from the back gifting the Brazilian side the opportunity.
12:51 PMa year ago
20' Chance for Flamengo but a decent ball in evades any white shirts in the box. Let off for Liverpool.
12:47 PMa year ago
15' Keita makes a great tackle but the referee blows for a free-kick. Liverpool players furious.
12:36 PMa year ago

5' Alexander-Arnold extremely close to opening the scoring as he has a go from a long way out. Just wide.
12:35 PMa year ago
4' Another chance goes amiss for Liverpool. This time Salah gets in behind the Flamengo back line and picks out Keita in the box. Over the bar.
12:34 PMa year ago
3' De Arrascaeta with a shot for Flamengo but its wide
12:31 PMa year ago

1' Almost straight away Firmino gets in behind the Flamengo defence but fires his effort over the bar! The Reds have started well in Qatar.
12:30 PMa year ago

30 minutes till kick off!

Just under half an hour until the final is set to get underway in Qatar!
11:33 AMa year ago

Van Dijk starts and Wijnaldum makes the bench. Host of youngsters make the squad as well, including Harvey Elliott.

How we line-up this evening 👊

What Jorge Jesus had to say...

Flamengo boss Jorge Jesus was full of praise for the Reds in his pre-match press conference, saying: "Jurgen Klopp has been with the team for many years and has accomplished a lot with them, not only in the English league. They won the European Champions League. So, Liverpool have left their mark in world football.

"We won the Brazilian league title and the Copa Libertadores, so there are great similarities between Liverpool and Flamengo in terms of their international presence."

Speaking to the press on Friday, Klopp said: "We are here and we - my team - want to win the competition, even when we know it is very difficult because the other team is really, really good, but that's how it is with the big competitions.

"We cannot make the competition bigger for Europe as it is maybe, but for us it is the most important in the moment because we are here, it is the only game we have to play tomorrow, so let's try everything."

38 years in the making

Then it was Dalglish & Zico. Now it's Salah & Gabigol.

Key players are expected to take to the field in tonight's game, after Klopp named a rather unusual side on Wednesday.

Jordan Henderson filled in at centre-half in the absence of  an ill Van Dijk, but the Dutchman is expected to return to action this evening.

Wijnaldum limped off injured in their league victory over Watford last weekend, though he still travelled with the squad to Qatar this week.

Klopp provided an update in Friday's press conference: “Virg was part of training today, Gini had a session today. We will see how it will look at the end.”

Flamengo will be tough to beat

The Brazilian side enjoyed a fantastic year winning the Brasileirão, 16 points clear of second-placed Santos FC.

Jorge Jesus took charge in June of this year, bringing a European style of play to the side having previously managed in Portugal, including Benfica.

Given the two sides play in completely different continents, it's no surprise they've only faced each other once before.

They met in the 1981 Intercontinental Cup, contested just over 38 years ago in Tokyo.

A star-studded Liverpool side consisting of names like Kenny Dalglish, Graeme Souness, Ray Kennedy and Alan Hansen fell to a 3-0 defeat at the hand's of tonight's opponents.

A competition Liverpool are yet to win

The Reds have taken part in the FIFA Club World Cup once before following their Champions League triumph in 2005.

They faced São Paulo in the final but fell to a 1-0 defeat.

Manchester United remain the only English club to have won the competition, but that could change should Jurgen Klopp's side emerge victorious in Qatar.

Route to the final

Liverpool qualified for the competition after winning the UEFA Champions League earlier this year. The Reds entered at the semi-final stage and overcame Mexican side Monterrey 2-1 on Wednesday to secure their spot in tonight's final.

Flamengo qualified for this year's tournament after beating River Plate in the The 2019 Copa Libertadores Final last month. The Brazilian outfit faced Al-Hilal in the semi-final on Tuesday night and came from behind to win 3-1.

The Club World Cup Final is set to be played at the Khalifa International Stadium in Doha, Qatar.