It's over. There was no more Correcamino wins as a local.
11:19 PMa year ago

Noe Maya sends a shot into the hands of the local goal.
11:15 PMa year ago

UAT dies on the line in the attack. Taking care of the lead is critical.
11:09 PMa year ago

Jose Juan Garcia is going to be expelled. Scorer of the goal.
11:01 PMa year ago

Danger play that wastes the visit.
10:32 PMa year ago
START THE GAME!
The last 45 minutes will be played.
10:25 PMa year ago
HALF TIME!
Game locked in Tamaulipas
10:11 PMa year ago

The hobby of Tamaulipas already plays its part. Phone lights go on on Marte R Gomez.
10:05 PMa year ago

Correcaminos is closer to scoring.
10:00 PMa year ago

Osorio makes a play that delivers for the visit.
9:51 PMa year ago

Shot deflected, close to the premises.
9:50 PMa year ago
That's the way to live the Correcaminos vs. Tampico. 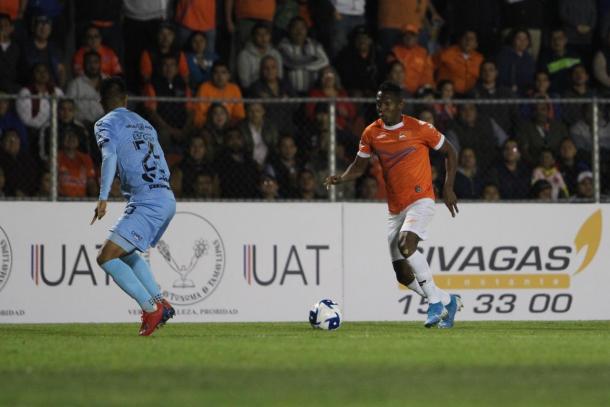 Roadrunner and Tampico for pride. 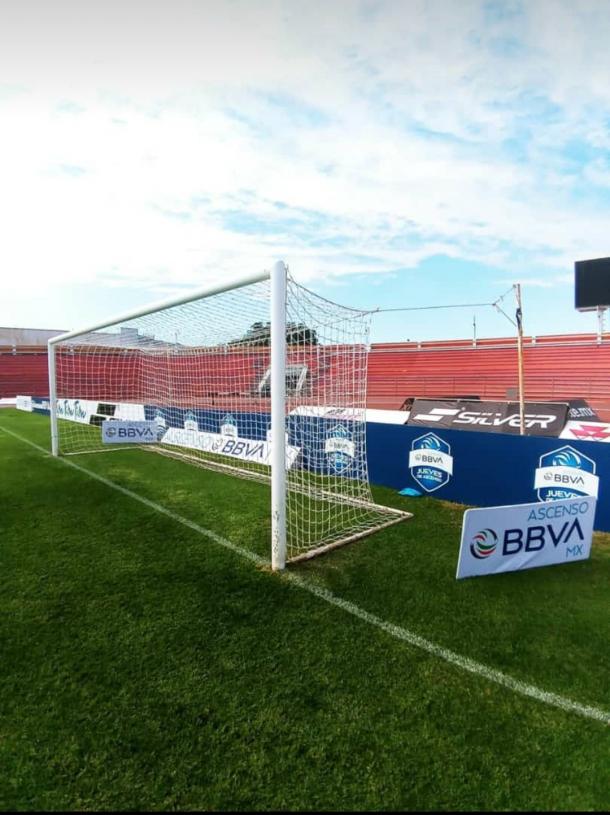 9:03 PMa year ago
Both teams are warming up!

UAT | Carlos Peña is the most experienced man in the eleven of the feathered ones and he will look for that to weigh so that the Correcaminos's picture goes out with a positive result.
8:57 PMa year ago

Tampico | Diego de Buen is a player who is looking for revenge after his time in the first division and after having an important step by several teams in the MX League. He has become one of the referents of the Port.
8:55 PMa year ago

The last three matches between the two teams have the following sum; Roadrunner two wins and one draw. While the UAT in the history of classics have won 15 times, by ten of Tampico and 9 draws.
7:53 PMa year ago

In addition to being the first "Jueves de Ascenso MX" at the Marte R Gómez Stadium, modifications were made to it so that it would look great today.

7:47 PMa year ago
In the 34th edition of the Clásico Tamaulipeco, Tampico and Correcaminos played out a goalless draw in the south of the state, while the last time they faced each other on "Marte R. Gómez", Correcaminos won 3-1 with goals from Edison Toloza, Néstor Breintenbruch and Omar Tejeda.
1:56 PMa year ago

Do not miss a detail of the match with the live updates and commentaries of VAVEL. Follow along with us all the details, commentaries, analysis and lineups for this Correcaminos vs Tampico Madero match.

How to watch Correcaminos vs Tampico Live TV and Stream

THERE WILL BE A GOOD ENTRANCE!

The Clásico de Tamaulipas in its 35th edition will have good attendance because it is common that for that meeting the tickets are sold out, adding now the good step that both sets have looking for the championship.

The day before the press conference, Correcaminos strategist Roberto Hernandez , before the game said that passions have no reason to run high and hopes for a duel without violence on Mars R Gomez.
1:05 PMa year ago

Those from the capital of Tamaulipas have a quota of 6 goals produced on the three dates, while the number of goals received has the same amount as scored.
1:02 PMa year ago

Tampico Madero throughout the tournament has a total of four goals, while the goals they received are a total of 3. In this game they will try to leave their goal at zero and annihilate their opponent.
12:55 PMa year ago
The renewed Roadrunner does not want to miss the opportunity to continue climbing the ladder and will be looking for success. The feathered ones come from being defeated 4-0 by the Mineros de Zacatecas team as visitors, while at home the last performance was won 3-2 by the Cafetaleros team in a closed match.
12:50 PMa year ago
Tampico Madero's team comes from winning in a game that was bumpy due to repeated fouls to Atlante's team by a score of 2-1, while their last visit defeated the Black Lions with two goals.
12:46 PMa year ago
It's been a long time since both teams were at the top of the table on the eve of a Clásico Tamaulipeco, regularly one was at the top and the other came to the match with the slogan to win it and get back on track.
12:41 PMa year ago
The Correcaminos and Tampico team will play this game in the field of the Marte R Gómez Stadium, located in the capital city of Ciudad Victoria, which has a capacity for more than 18 thousand people. The time of the dispute will be at 8:30 p.m. (CDMX Time)
12:35 PMa year ago
Welcome to VAVEL.com’s LIVE coverage of the 2020 Ascenso MX match: Correcaminos vs Tampico Madero