Thank you for following the broadcast of the MX Expansion League final between Atlante and Tampico. See you next season.
11:51 PMa month ago

Twice they came from behind and got the victory in the Estadio Azulgrana 3-2 won by Tampico Madero.
11:46 PMa month ago

The Jaiba Brava is tournament champion.

Diego makes the 3-2 on a penalty kick.

Lajud and criminal offence in favour of Tampico.
11:39 PMa month ago

Left-handed by Lajud that goes over the top.
11:38 PMa month ago

Centre to first post that finishes off Rooms for 2-2.

Vega's shot deflects the goalkeeper and goes to the bottom of the nets.

Salas are laid out on the field and the assistants enter.
11:22 PMa month ago

Shooting with Tejada power that goes over the top. Close to the Atlantis.
11:20 PMa month ago

The goalkeeper sliced the ball and it remained in the small area that Atlante could not finish off.
11:18 PMa month ago

Strong entry over Garcia and there will be a free kick for Atlante.
11:16 PMa month ago

Robles combs the ball in a fixed tactical play that goes over the top.
11:14 PMa month ago

Gerardo Espinoza and Mario García, both technicians, have been reprimanded.
11:11 PMa month ago

Atlante 1-1 Tampico and there will be overtime.
11:02 PMa month ago

Two more minutes will be added.
11:01 PMa month ago

Head of Salas to second post that goes outside.
10:59 PMa month ago

Shooting centre of Garcia that passes through the whole area and passes close by.
10:55 PMa month ago

Goalkeeper's foul on Vega on the outskirts of the area.
10:53 PMa month ago

Shot by Luis García at the first post that saves García.
10:50 PMa month ago

Salas with the definition to second post to make the 1-1.

César Bernal's header that went over the top.
10:42 PMa month ago

Cuba Sanchez with the 1-0 header

A foul on the edge of De Buen's area over Alaffita and there will be a direct free kick.
10:36 PMa month ago

Cuba cuts the play and concedes a corner kick in a tight game.
10:26 PMa month ago

Pablo Gómez could not overflow and the ball goes long for a goal kick.
10:22 PMa month ago

José Ávila's header in a corner that is deflected.
10:20 PMa month ago

Lajud's shot with ease that catches the Goose.
10:18 PMa month ago

Perez came out and Lajud went in. Change of Tampico.
10:17 PMa month ago 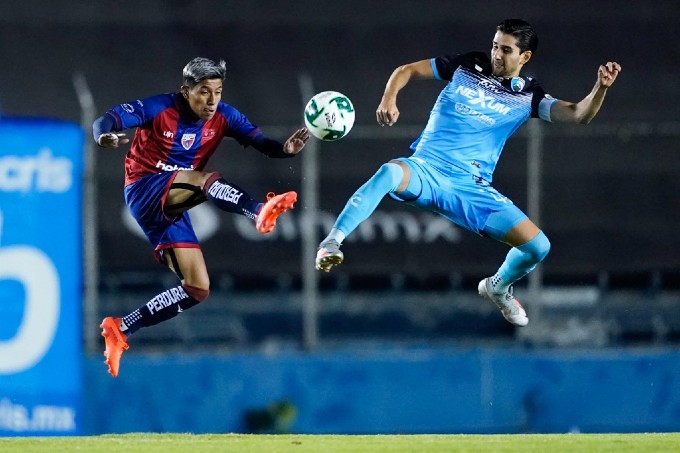 Perez has been left lying in the field.
9:53 PMa month ago

One more minute is added.
9:51 PMa month ago

Shot by Rivaldo de Tampico that goes over the goal.
9:49 PMa month ago

Alafitta's head shot without force into the goalkeeper's hands.
9:48 PMa month ago

Service that Echeverria does not manage to make a good contact in the area.
9:45 PMa month ago

Garcia's service that was looking for Echeverria and that rejects the defensive.
9:44 PMa month ago

Too long a service that Luis García cannot control.
9:36 PMa month ago

Echeverría manages to deflect the ball with his head, although he goes long.
9:36 PMa month ago

Carlos Lopez's centre shot that deflects the defence into a corner.
9:31 PMa month ago

Bernal's service that goes all over the field and ends up in a goal kick.
9:31 PMa month ago

Distinction in the right leg was the reason why Partida left the field
9:29 PMa month ago

Change of the Atlante. Partida left and Carlos López entered.
9:25 PMa month ago

Tampico centre shot that goes over the goal, while Partida was left lying on the field.
9:22 PMa month ago

Good coverage by Pablo Gómez over Manzanares and the ball goes by the baseline.
9:18 PMa month ago

Without danger in the goals, Atlante takes the baton of the game and Tampico presses for the counter-attack.
9:14 PMa month ago

Atlante tilts the court with more possession, although at the moment it has no depth.
9:10 PMa month ago

Very cut and many inaccuracies at this time in the game.
9:08 PMa month ago

Aguirre is quickly admonished by a strong midfield entry to Ronaldo Gonzalez.
9:08 PMa month ago

One minute of silence

Both teams observe a minute's silence for the victims of this pandemic.
9:02 PMa month ago

They are already in the field

Atlante and Tampico are already on the field in the MX Expansion League protocol. In addition, the Mexican national anthem is being sung.
8:59 PMa month ago

Atlante and Tampico Madero are seconds away from starting. The first champion in the history of the MX Expansion League is defined.
8:57 PMa month ago

This is what the trophy and the stadium look like

They have not won in the league

Atlante was the second best team of the regular season with 32 points and the best offense with 25 goals, however, in the group they didn't have the same fortune with five draws and only scored three goals.
8:55 PMa month ago

It should be noted that the winner of this tournament is not eligible for promotion, but will receive 10 million very good in this time of coronavirus pandemic.
8:48 PMa month ago

This is how the Tampico Madero was heated 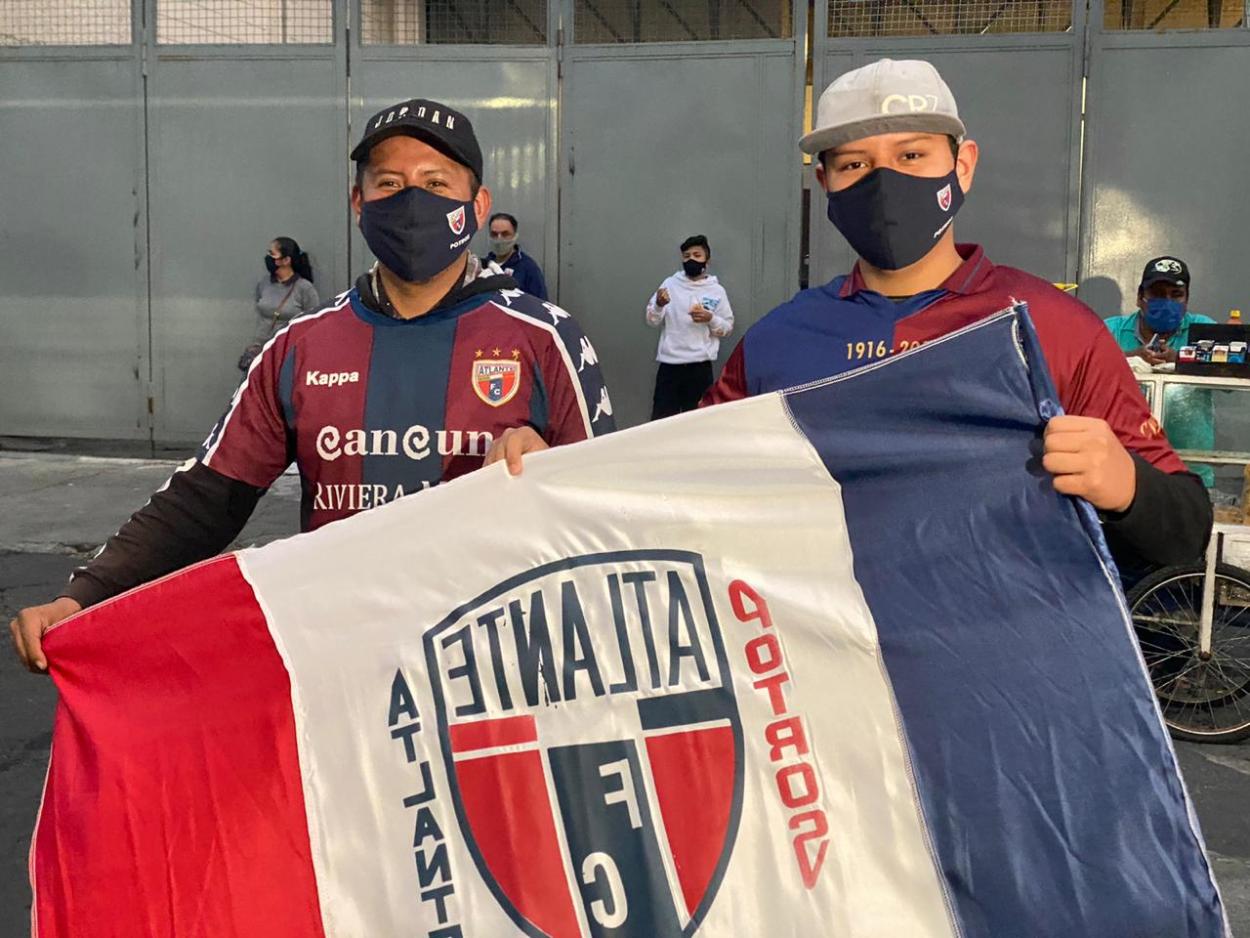 This is the Cup

This is the first time the MX Expansion League trophy will be awarded, who will win tonight? 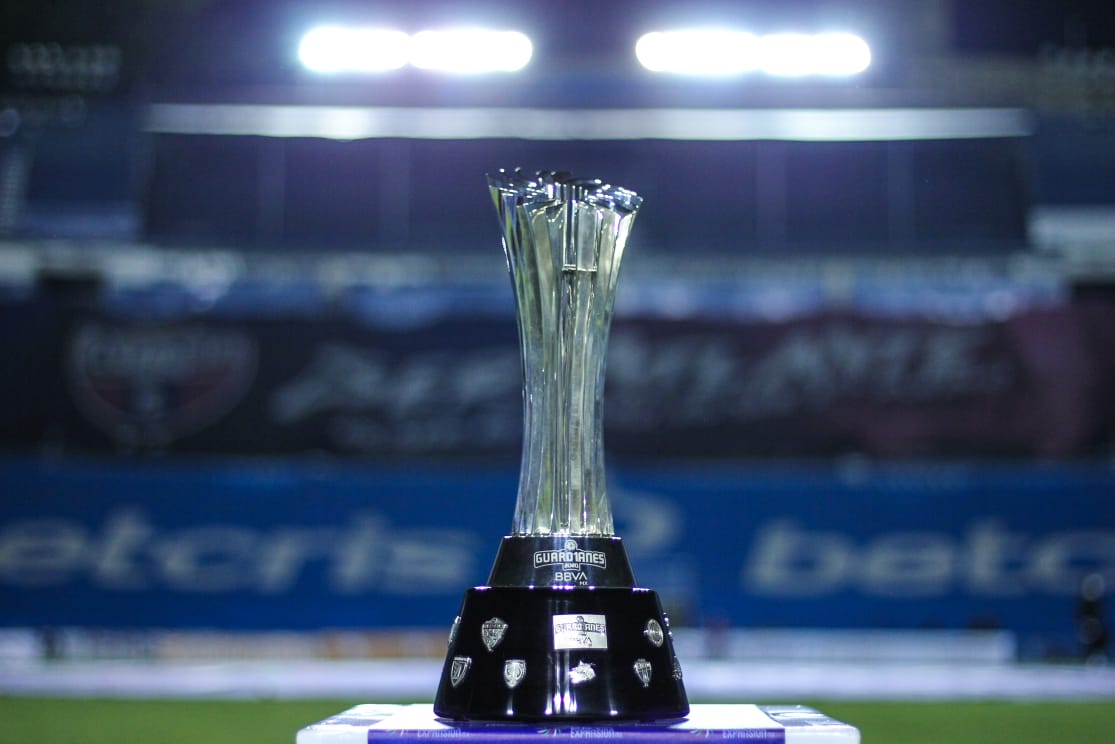 Present in the stadium

Arriola and Bonilla, future president and still president of the MX League, are in the stadium for the grand final. 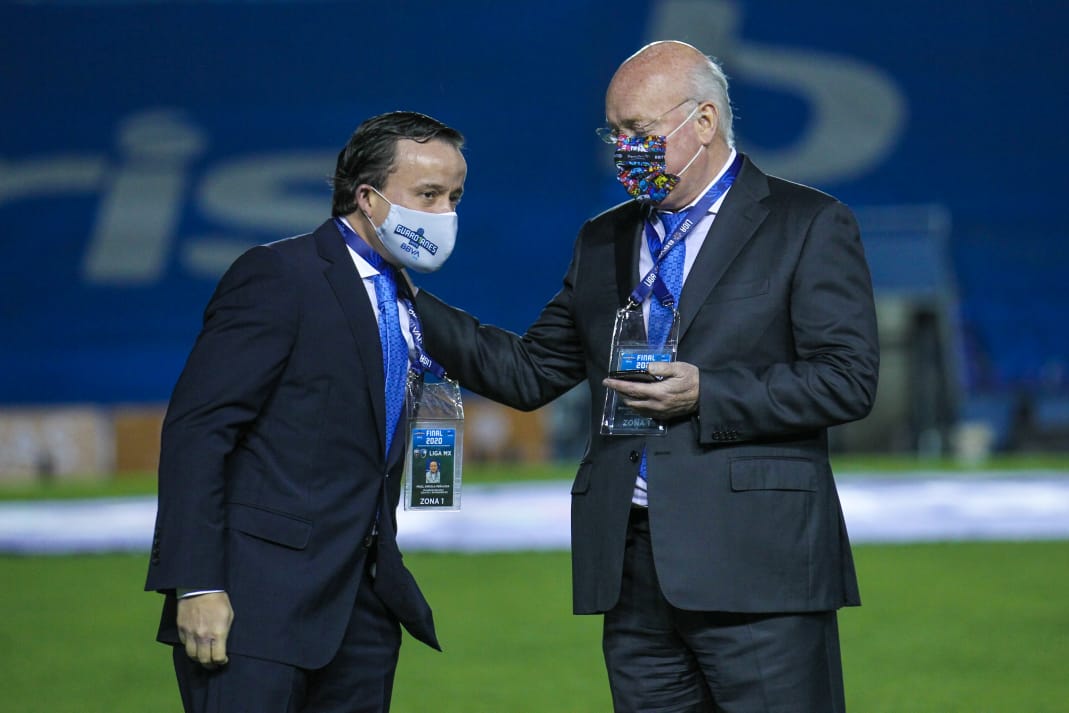 A fundamental part of Tampico's good group has been thanks to the goalkeeper Joel García, who has excelled with his saves. 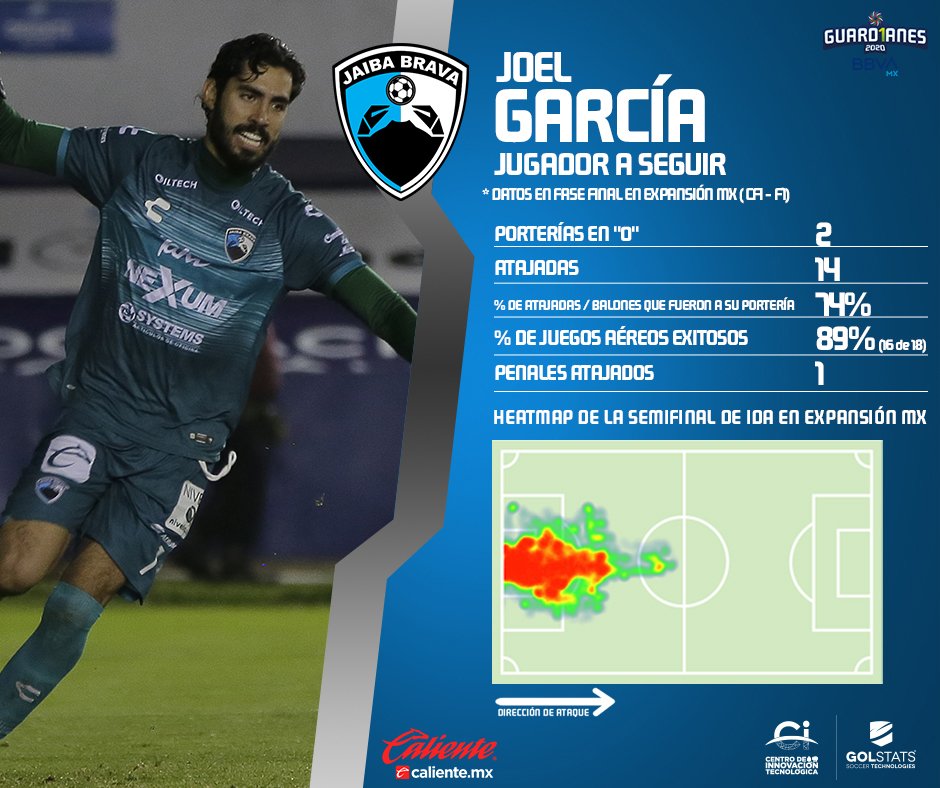 Mario García has returned to the bases and has returned Pablo Gómez and Lizandro Echeverría to ownership with the aim of being more offensive.
8:24 PMa month ago

These have been Tampico Madero's most important players in the league. 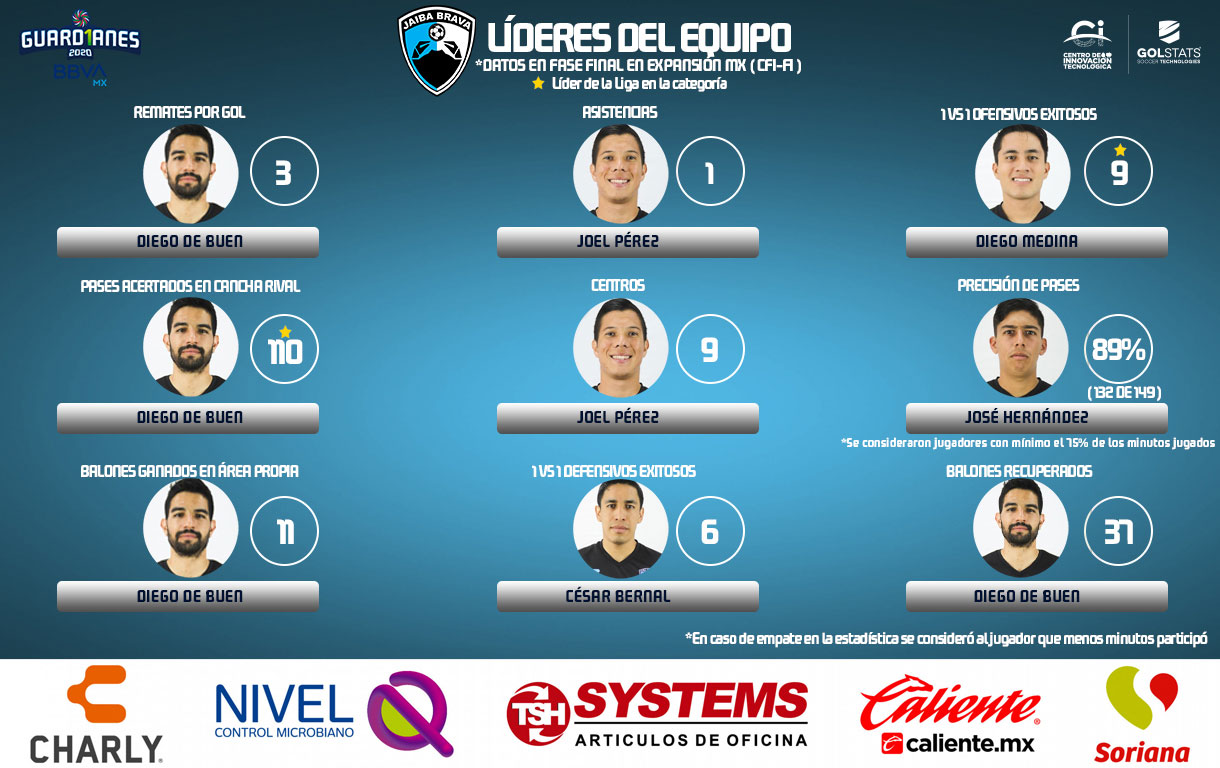 Tied in the first leg

It should be remembered that in the first leg they finished 1-1, which is why whoever wants to be champion will have to win in regular time to avoid extra time. 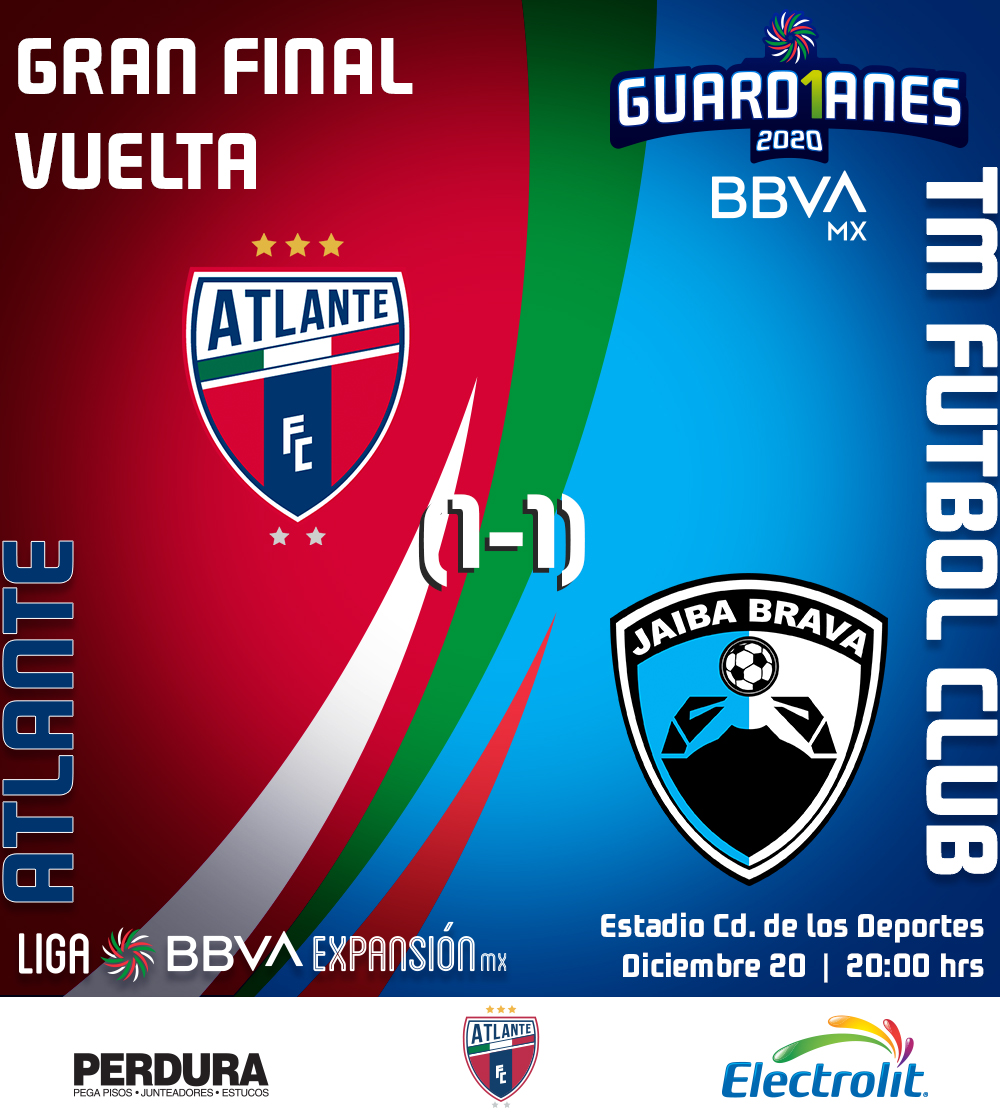 For the first title

Since climbing the now defunct Ascenso MX, this is the first final of the Jaiba Brava, which seeks to win in the Mexican capital.
8:08 PMa month ago

This is how the Potros arrived

Not attending the stadium

Yesterday, Atlante's management asked their fans not to come to the stadium to cheer on their team, because CDMX ran a red light due to the coronavirus pandemic. 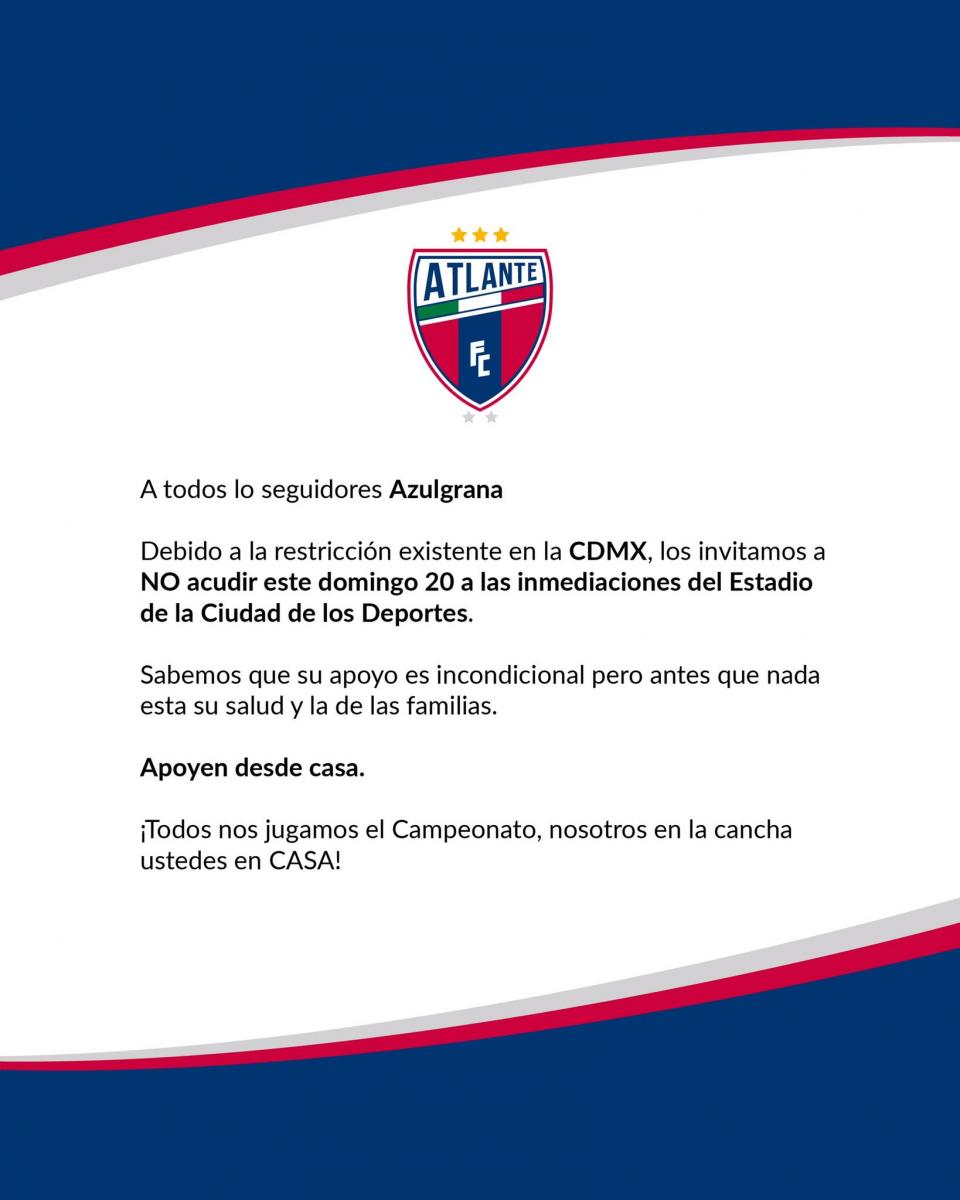 To break the malaria

The last time Atlante was champion was in 2009 when they won the Concachampions against Cruz Azul; since then they have lost three finals (one in Copa MX against Cruz Azul and two in the Ascenso against Dorados and Bravos de Juárez).
7:53 PMa month ago

The first MX Expansion League champion is defined this Sunday between Atlante and Tampico Madero. That's why we start with the coverage of the big final.
7:48 PMa month ago

Do not miss a detail of the match with the live updates and commentaries of VAVEL. Follow along with us all the details, commentaries, analysis and lineups for this Atlante vs Tampico Madero match.
7:43 PMa month ago

The last five times they've met at Atlante's home, the home team has the advantage thanks to two wins, two draws and one defeat.

The first leg ended 1-1, so the future champions will have to win in regular time if they want to avoid overtime and/or penalties. 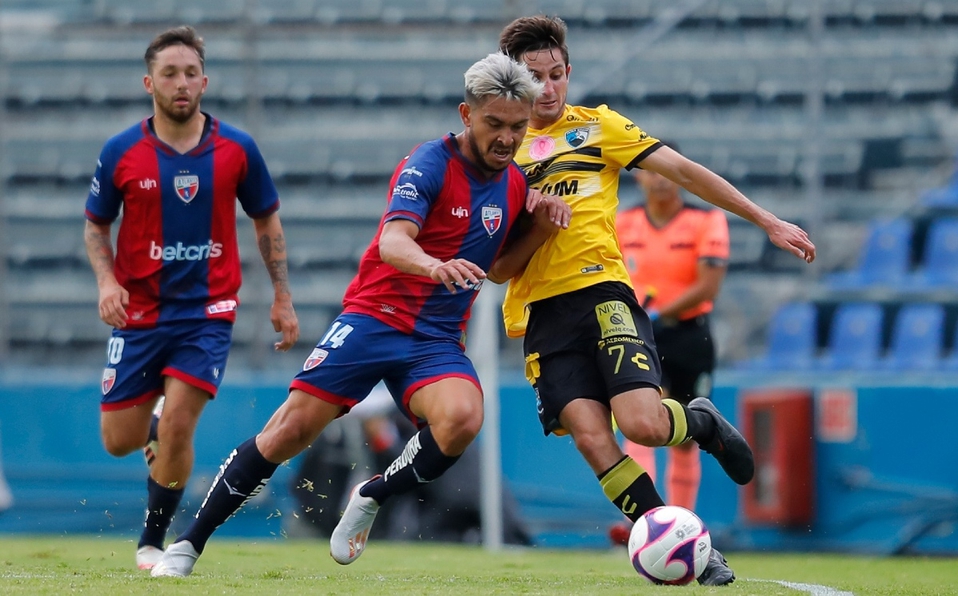 How to watch Atlante vs Tampico Madero Live TV and Stream

Diego de Buen is the man with the experience in the midfield, emphasizing that he can cause damage through his technique from the fixed tactic. 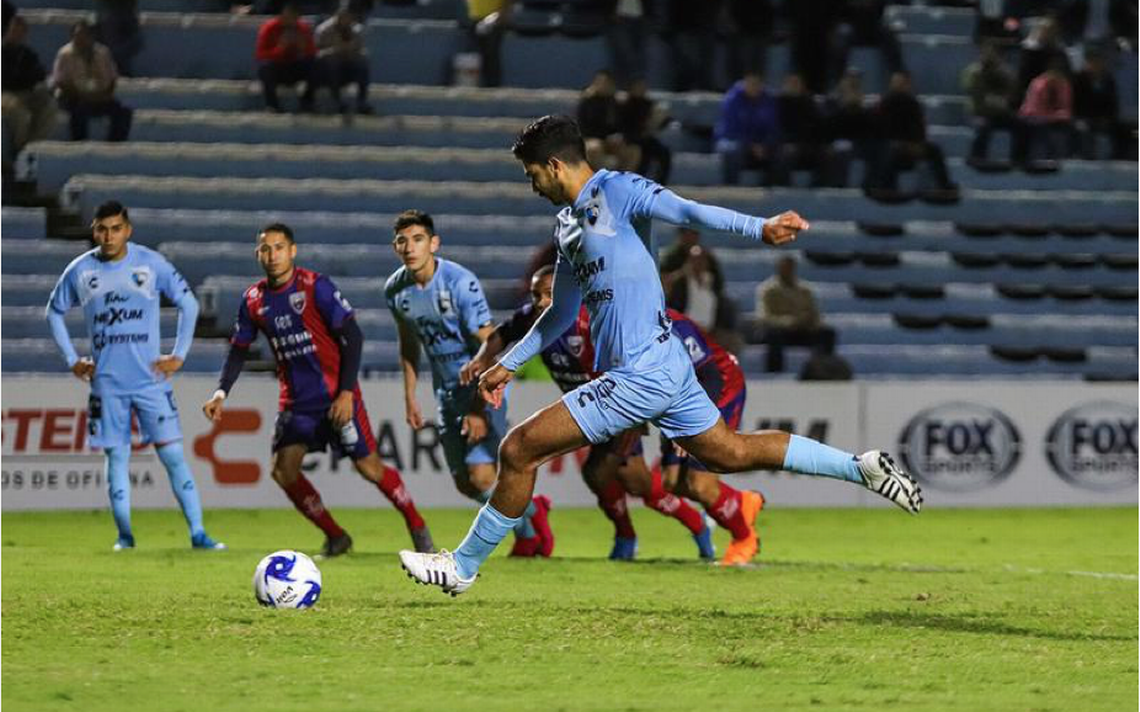 Ronaldo Gonzalez is one of the dizzying men in the midfield of the Azulgrana and his overflow will be key to Mario Garcia's team. 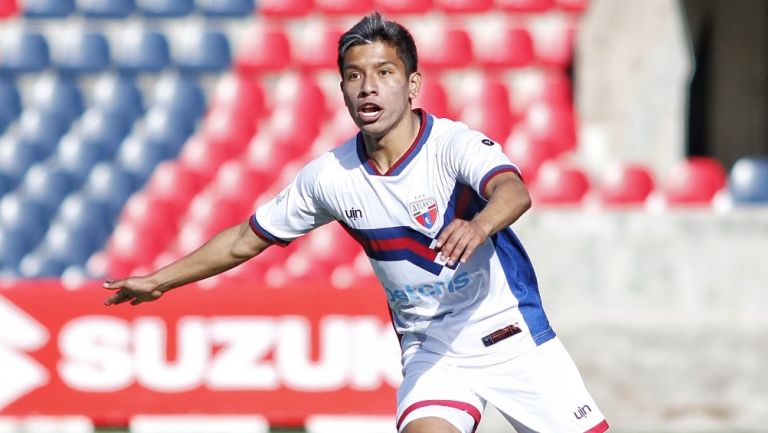 Referee for Atlante vs Tampico Madero

Atlante vs Tampico Madero will be arbitrated by Edgar Allan Morales Olvera.
7:18 PMa month ago

Tampico: having the ball

Gerardo Espinoza's team will have to steal the ball from their opponents in order to have a better chance of winning, because in the first leg, when they didn't have possession, they suffered a lot in the low sector.
7:03 PMa month ago

Atlante: to be more forceful

Although Atlante has gone nine games unbeaten, the last five have been draws and, to a large extent, to the lack of forcefulness that they will have to fine-tune if they are to be champions.
6:58 PMa month ago

The Atlante vs Tampico Madero match will be played at the stadium Ciudad de los Deportes, in Mexico City. The kick-off is scheduled at 8pm ET.
6:53 PMa month ago