Thank you for following the broadcast of the final between Palmeiras and Santos. See you next time.
6:07 PMa year ago

This is how Palmeiras celebrates the championship

Palmeiras is champion of the Copa Libertadores for the second time in its history.
6:03 PMa year ago

Palmeiras goal. In the last minute an accurate header sentenced the 1-0.
5:55 PMa year ago

A brawl broke out and the referee handed out yellow cards.
5:50 PMa year ago

Eight minutes will be added
5:48 PMa year ago

Few emotions and the overtimes are getting closer and closer.
5:40 PMa year ago

Soteldo's cross with a deflection that reaches the goalkeeper. Santos showed more ambition in the final stretch.
5:36 PMa year ago

Soteldo with a long throw to the far post and Weverton ends up rejecting it.
5:31 PMa year ago

Change of Santos.
Sandry leaves and Braga enters to freshen up the midfield.
5:29 PMa year ago

Gabriel Menino's header at the near post goes over the top.
5:29 PMa year ago

Felipe left the field with a blow to the head and his return is questionable.
5:22 PMa year ago

Veiga's free kick is hit with power and the ball hits the outside netting.
5:20 PMa year ago

Weverton was left lying on the field and was assisted by Palmeiras doctors.
5:17 PMa year ago

He missed it, a cross to the far post that Veríssimo did not reach and Santos missed it.
5:16 PMa year ago

Yellow card for Viña of Palmeiras
5:16 PMa year ago

Corner kick taken by Marinho and cut by the defense at the near post.
5:11 PMa year ago

Menino's cross is deflected for a corner kick
5:09 PMa year ago

Soteldo's cross is denied by the Verdao defense
5:07 PMa year ago

Luiz Adriano was arriving in the area, but the flagman flagged a previous offside.
5:04 PMa year ago

Marinho's free kick was neither a shot nor a cross and nothing happened.
4:45 PMa year ago

Menino with the spectacular individual play, but the pass to Adriano is a bit long.
4:40 PMa year ago

Poisonous cross that stings inside the box, but no Santos striker can make contact with the ball.
4:38 PMa year ago

Captain Gomez is painted with yellow card
4:35 PMa year ago

The game does not end up exploding. Many inaccuracies in the last third of the field and few dangerous plays.
4:29 PMa year ago

A short Palmeiras cross to the near post is saved by John.
4:26 PMa year ago

Adriano does not make a good reception of the cross from a direct free kick and the ball ends up going out.
4:21 PMa year ago

Soteldo's attempted cross is wide of the mark.
4:18 PMa year ago

A lot of fouls in the first few minutes made the game very tight.
4:15 PMa year ago

Gomez's header from a corner goes just over the top.
4:12 PMa year ago

Rony with the overflow and the center shot that was saved by the goalkeeper at the near post.
4:11 PMa year ago

Rony is tackled hard and Veríssimo is cautioned.
4:07 PMa year ago

Palmeiras is penalized for an offensive foul inside the area.
4:01 PMa year ago

The match between Palmeiras and Santos kicks off at the Maracana.
3:56 PMa year ago

The national anthem of Brazil is intoned
3:54 PMa year ago

Just about to start

Some fans and family members of both teams will be able to watch this game from the stands.
3:49 PMa year ago

Palmeiras had not reached the final since 2000. On that occasion, they lost 4-2 on penalties to Boca Juniors.
3:45 PMa year ago

The last time Santos won the Libertadores was in 2011 with a 2-1 victory over Peñarol of Uruguay.
3:41 PMa year ago

Santos is already in the dressing room, getting ready and about to take the field in search of another title, which they have already won once under Pelé and once with Neymar. 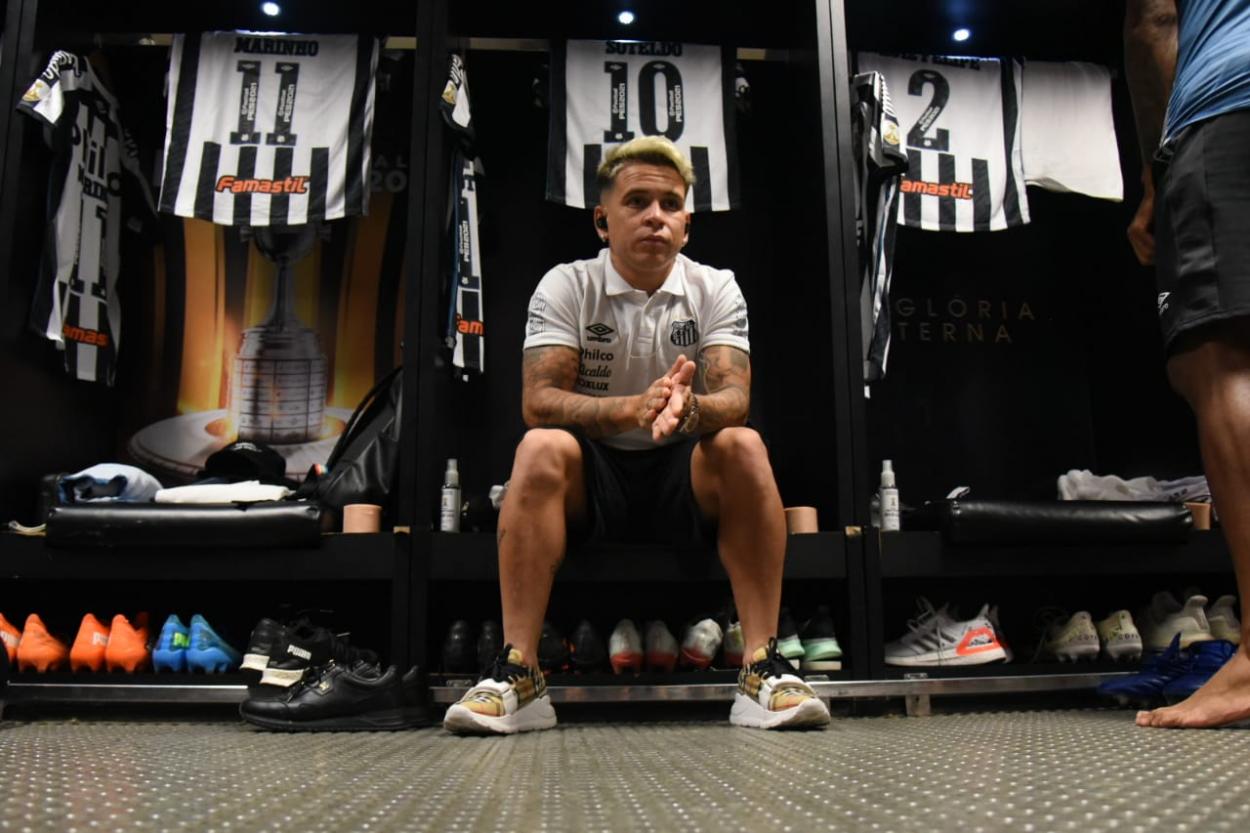 To prepare the suitcases

It should be remembered that the winner of this cup will have to pack their bags quickly to travel to Qatar to face the Club World Cup, where they will play next Sunday against the winner of Tigres of Mexico and Ulsan of Korea.
3:29 PMa year ago

Two World Cup finals have already been played here and now it will once again host the final of the Copa Libertadores... the glorious Maracanã. 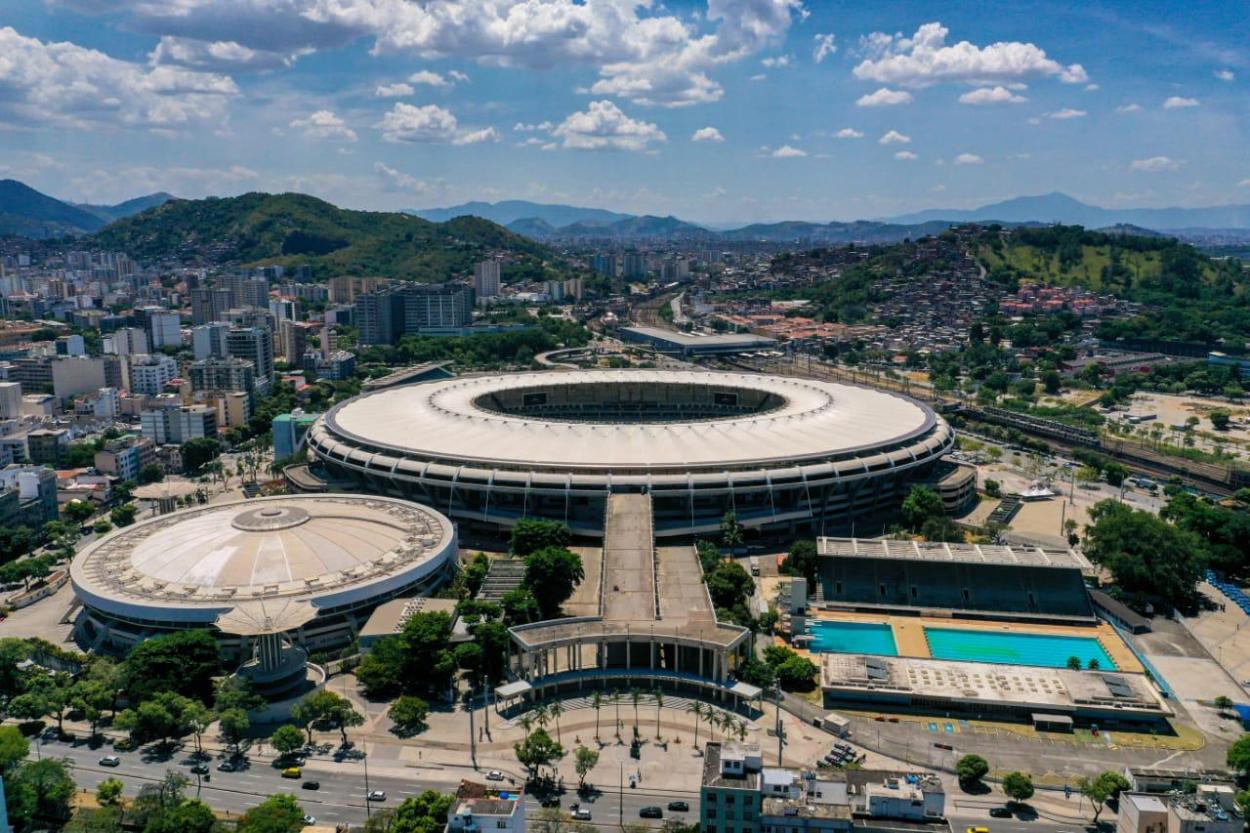 This is how the Palmeiras team arrived to try to win its second Copa Libertadores title. 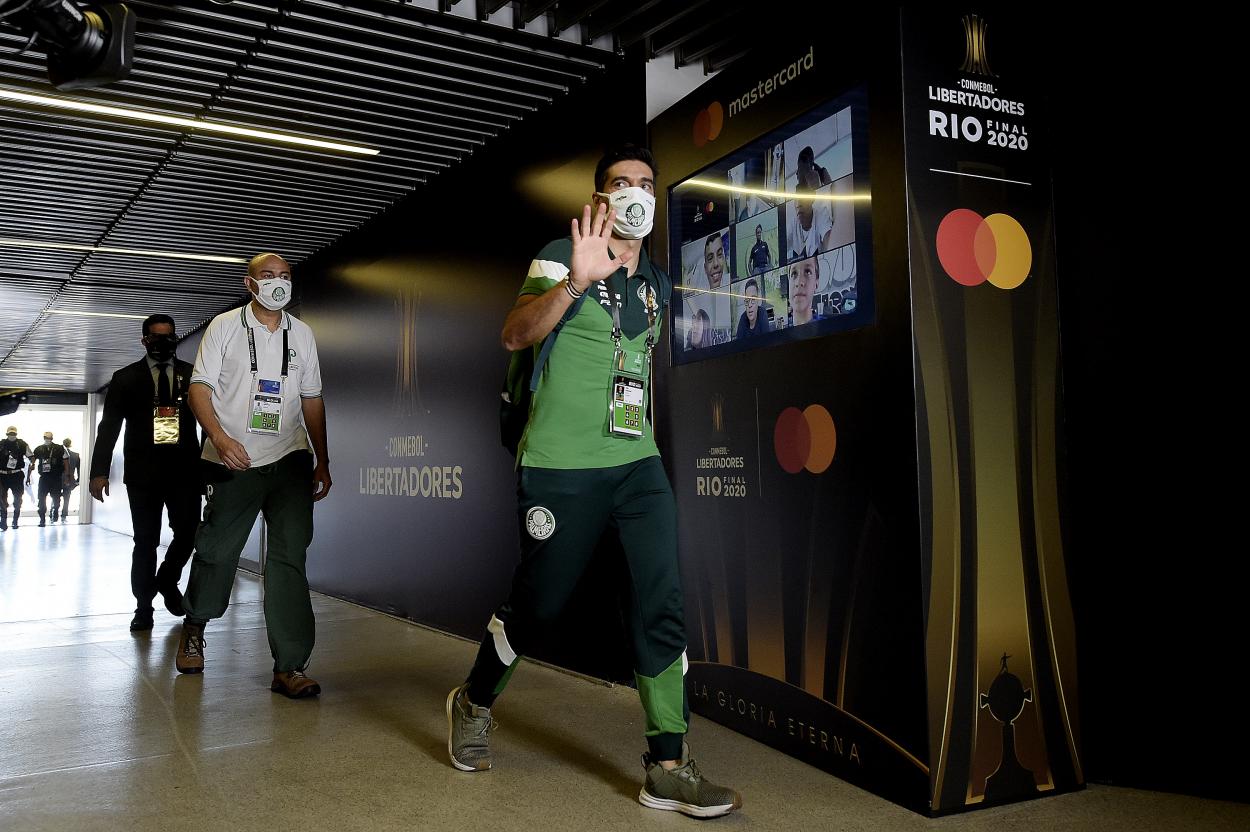 This is what the Santos locker room looks like

Palmeiras will take the field with its traditional green shirt and socks, in addition to the white shorts. 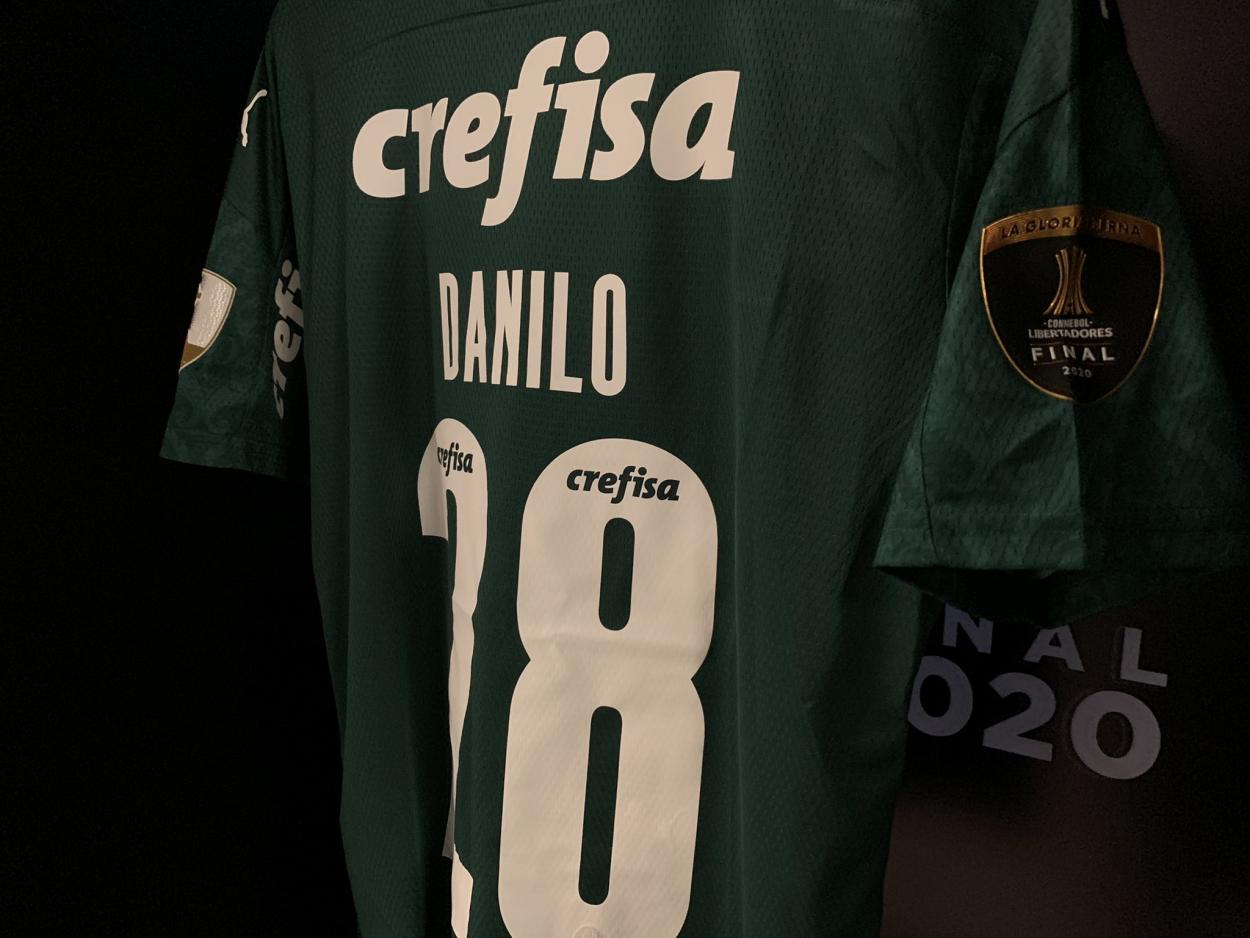 This is how they left the hotel

With immense support, Santos left the hotel almost an hour ago to start their trip to the Maracana stadium. 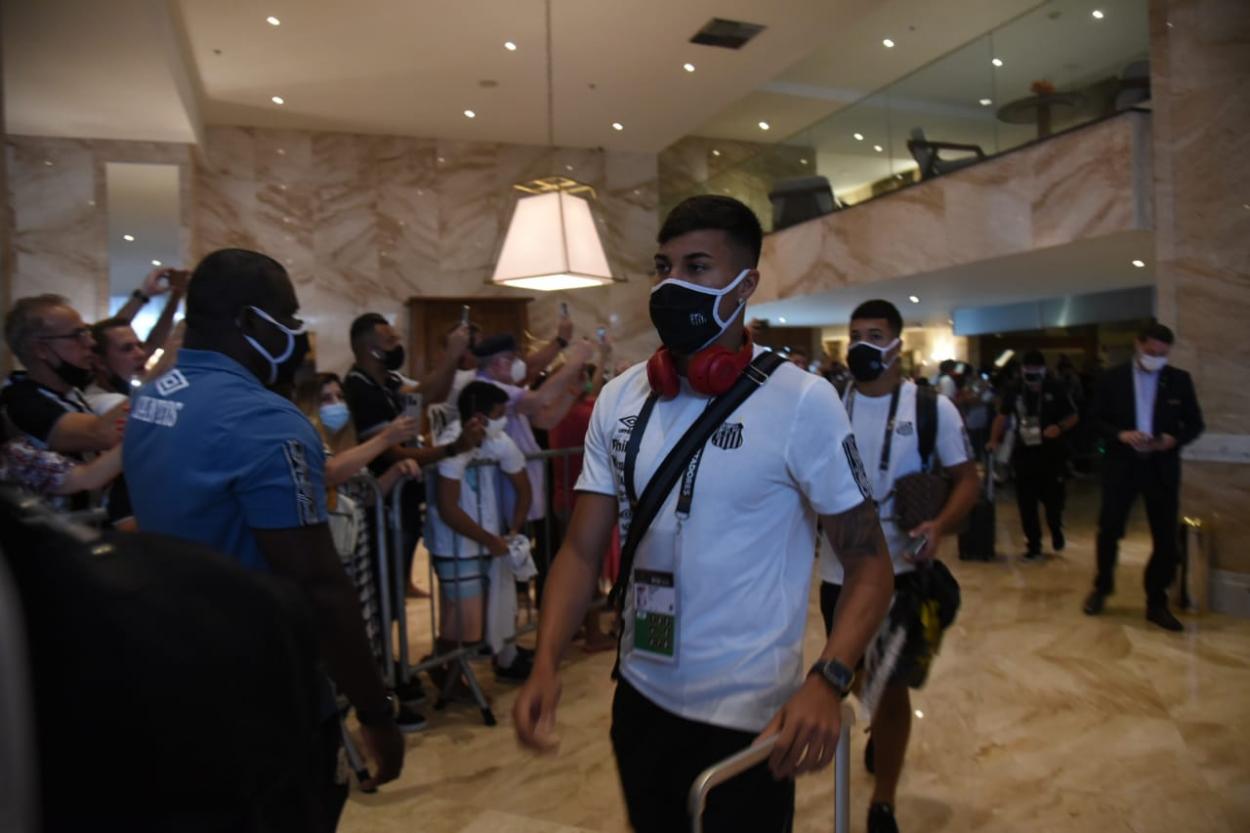 Santos will wear its second uniform, black and white, to try to lift its fourth Libertadores Cup. 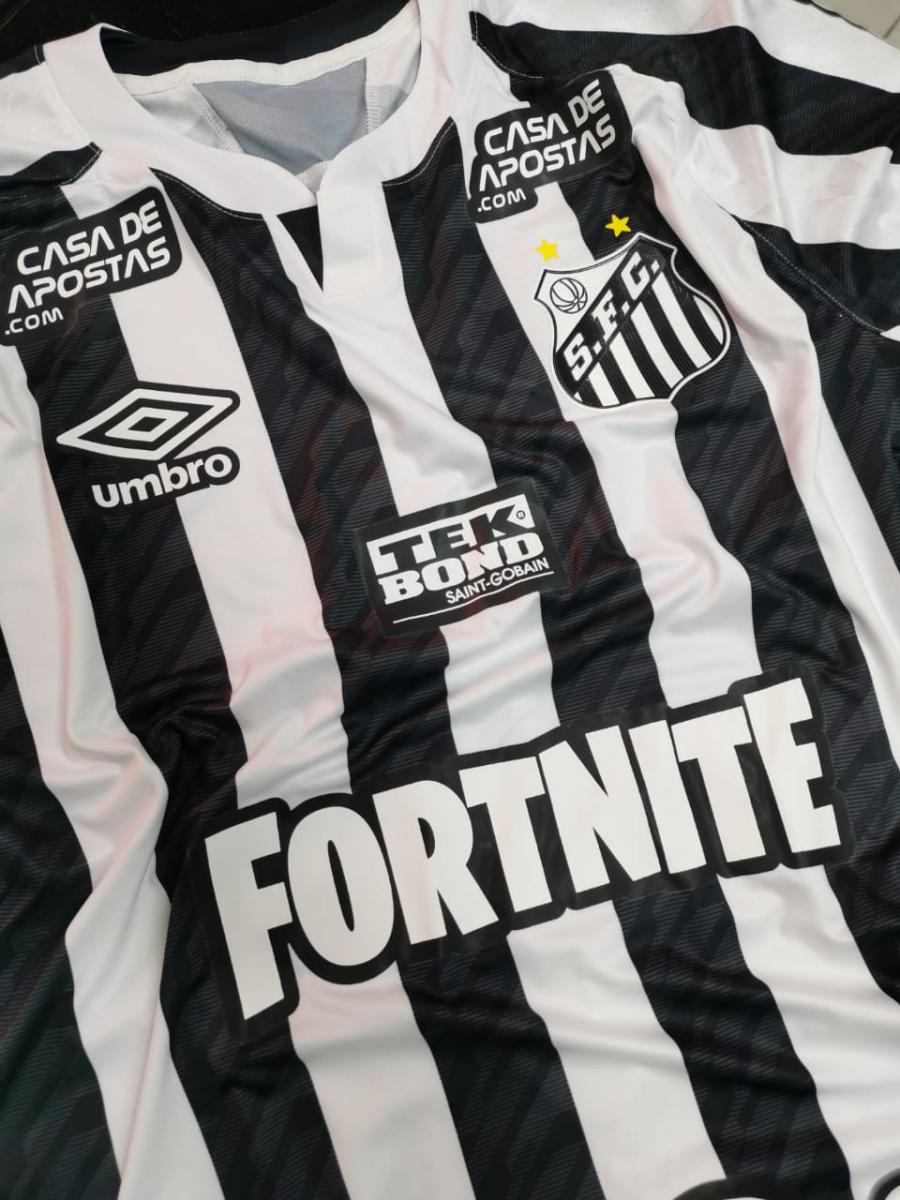 The Copa Libertadores final is here and we begin with coverage of Palmeiras vs Santos.
2:18 PMa year ago

Do not miss a detail of the match with the live updates and commentaries of VAVEL. Follow along with us all the details, commentaries, analysis and lineups for this Palmeiras vs Santos Libertadores match.
2:13 PMa year ago

This will be the first time they will meet in an international final, although they have a long history between the Brasileirao and Paulistao matches. Palmeiras has the advantage in the last 5 games with two wins, for two draws and one loss. 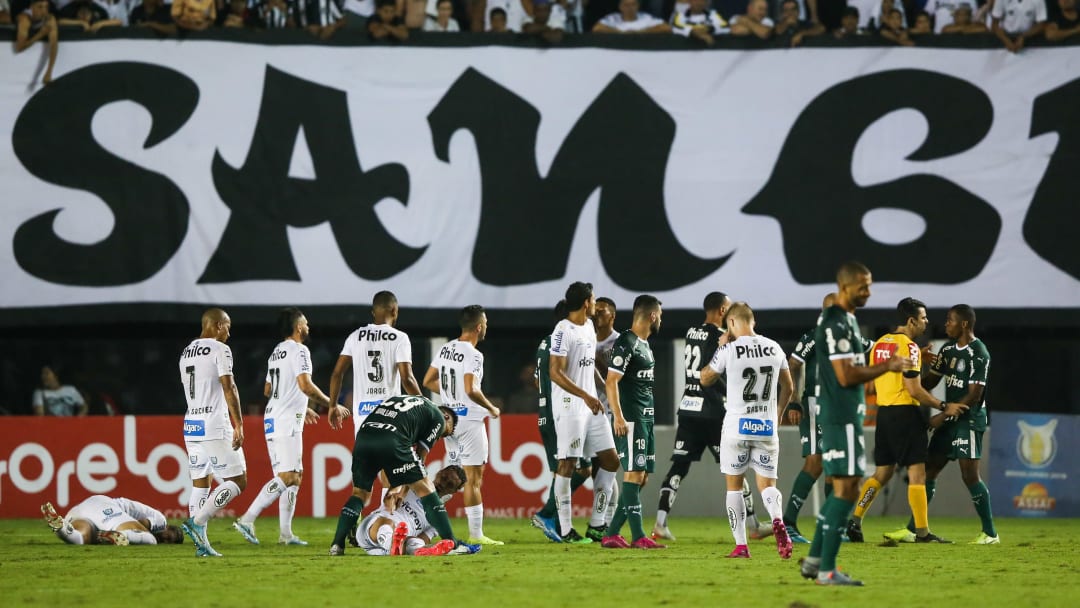 How to watch Palmeiras vs Santos Live TV and Stream

If you want to watch the game on TV, your options is: BEIN Sports.

Venezuelan Yeferson Soteldo, despite his short stature, is a real headache and, either with his passes or shots, could become the key for the "Peixe". 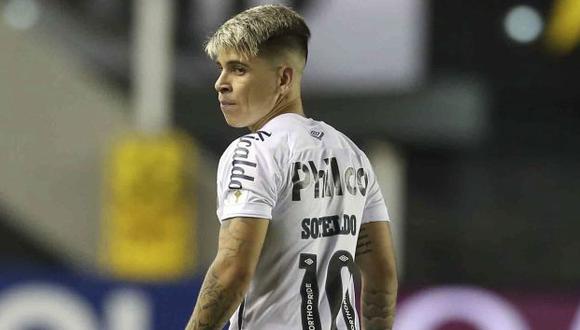 Luiz Adriano's veteran play can be vital at key moments, as his eye for goal will be key for his team this afternoon. 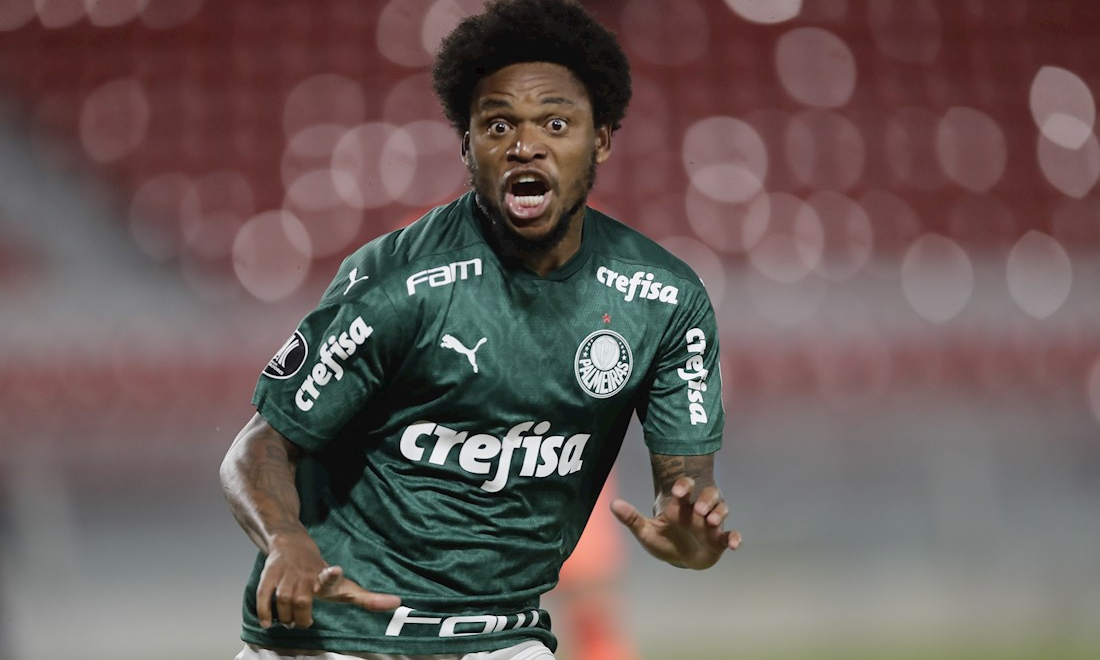 The final will be played at the iconic Maracana stadium, however, due to the pandemic, there will be no spectators this afternoon.
1:48 PMa year ago

Santos: to be the top Brazilian champion

Santos will seek Copa Libertadores glory to become the most winning club in this competition by a Brazilian team. They eliminated Boca Juniors in the semifinals.
1:33 PMa year ago

Palmeiras: to finish off a great season

The "Verdao" will try to lift its second title, which it has not won since 1999. Curiously, in that edition they beat River Plate in the semifinals; will the feat be repeated?
1:28 PMa year ago

The Palmeiras vs Santos match will be played at the stadium Maracana, in Rio de Janeiro. The kick-off is scheduled at 3pm ET.
1:23 PMa year ago

Welcome to VAVEL.com’s LIVE coverage of the 2021 Copa Libertadores match: Palmeiras vs Santos!