We hope you enjoyed the Benfica vs FC Spartak Moscow UEFA Champions League qualifying round three. Keep checking the VAVEL portal for updates throughout the day.
5:03 PMa month ago

The Eagles of Benfica defeated Spartak Moscow 4-0 on aggregate and thus sealed their place in the final round of Champions League qualification.

The home side dominated most of the first half, however, they were unable to score dangerous chances inside the six-yard box.

In the second half, Joao Mario and an own goal by Spartak's defensive saga would end up clinching the qualification of the Portuguese team.

The match ends at the Estadio Da Luz! Benfica advance to the final qualifying round of the UEFA Champions League with a 2-0 win over Spartak Moscow.
4:51 PMa month ago

BENFICA'S SECOND GOAL! Roman Yaremchuk takes advantage of a defensive mistake and sends the ball into the net in added time.
4:48 PMa month ago

Three minutes of compensation will be added.
4:44 PMa month ago

Last substitution of the match. Silva with the number 27 comes off with applause and Adel Taarab with 49 comes on in his place.
4:37 PMa month ago

The last ten minutes of the match. Benfica is just a few moments away from clinching its place in the final round of Champions League qualification.
4:32 PMa month ago

What Benfica missed! The winger sent the ball to Everton, who had a great chance to score the second goal of the match.
4:25 PMa month ago

This is how the goal fell!

In this way, Benfica managed to open the scoring through Joao Mario:

Changes in the local staff!

Pizzi (21) and Goncalo Ramos (88) leave and Roman and Everton enter to freshen up the offense.
4:21 PMa month ago

Benfica continues to be the master of the match, and the second goal could come at any moment for the local players.
4:16 PMa month ago

A GOAL FOR BENFICA! In a play of rebounds inside the box, Joao Mario appears to push the ball into the net.
4:13 PMa month ago

Benfica still on the attack but offensive inaccuracies prevented them from opening the scoring
4:10 PMa month ago

THERE'S DEFENSE! Goncalo Ramos was setting up a play that would end in a great goal, but the central defender Gigot prevented him from opening the scoring.
4:02 PMa month ago

The ball is spinning again at Da Luz!
3:54 PMa month ago

So far no harm has been done, let's hope the second half brings some excitement!

WE GO TO THE BREAK! For the moment, Benfica has been the one who has proposed more in the match but has not been able to score in the right way, on the other hand, Spartak, despite needing the victory, has not been very offensive.
3:46 PMa month ago

A good attempt by Spartak with a powerful shot that went off the crossbar.
3:40 PMa month ago

Long-range shot attempted by Larsson but ends up far from generating danger in Vlachodimos' goal.
3:37 PMa month ago

Diogo Goncalves attempts a dangerous cross but no one is able to finish it.
3:29 PMa month ago

Benfica continue to cause a lot of damage down Grimaldo's flank, however, they have failed to connect with any dangerous crosses.
3:24 PMa month ago

Benfica is on top! Silva continues to bombard the opponent's area and earns a corner for the home side.
3:20 PMa month ago

Offside for Benfica!
3:18 PMa month ago

Benfica long shot! Rafa tried to score from outside the box, however, the shot went high off the crossbar.
3:16 PMa month ago

The Russian team tries! Bakaev tried to find Ponce in the air but he couldn't get to the ball.
3:12 PMa month ago

Silva's poorly taken free kick ends up in a goal kick, but Benfica is full of ideas but with poor offensive definitions!
3:10 PMa month ago

Pizzi fouls Spartak's Argentinean star and gives away possession of the ball
3:06 PMa month ago

Jan Vertonghen tried to create danger with a through ball, but the pass failed to reach his teammate and escaped with a goal kick for the visitors.
3:04 PMa month ago

Foul on Grimaldo! Free kick for Benfica
3:01 PMa month ago

The starting whistle blows at the Da Luz stadium!
2:59 PMa month ago

Seeking to remain in the European top flight

Benfica is looking to secure another participation in the UEFA CHAMPIONS LEAGUE as they have not been away from European competitions for a long time and this will not be the exception.
2:57 PMa month ago

Everyone missed the Da Luz!

On social networks, people have been very excited to return to the stands of Da Luz to support the team they love, Benfica, which seeks to win a European title and break the laziness that has plagued them so much.

Benfica's squad is already warming up on the pitch to fine tune the last details before the start of the match against the Russian team that is looking for a surprise on foreign but well known territory.

The match will kick off in a few moments!

In a few moments we will start broadcasting the match: Benfica vs Spartak Moscow.
2:42 PMa month ago

What elegance from Benfica! They not only seek to dazzle with goals, but also with these luxuries.

Benfica will have fans in the stands and they know how important it is to have back those who have supported them so much.

The opponent has arrived!

Benfica's opponents were present at the stadium!

🏟 At the Estadio da Luz, kick-off in 45 minutes!#BenficaSpartak ⚪️🔴 pic.twitter.com/vZWHTIfkDZ

Just in case, there are changes!

The postcard to frame

This is what the Estadio Da Luz pitch looks like right now..... SIMPLY BEAUTIFUL!

Funny way to handle the nerve

FC Spartak Moscow is asking all its fans to keep hope in a very peculiar way that has caused laughter on twitter.

The eleven eagles in Lisbon are ready!

These are the 11 men who will take the field in search of a comeback for the town's team:

These will be the men who will be in charge of booking their place in the UEFA Champions League play-offs at home, and they are just one step away!

In search of a comeback!

Spartak Moscow know that this will be their last chance to correct their poor start to the season and what better opportunity to do so at Benfica's home ground, the Estadio Da Luz.

The day has arrived!

The wait is over! Benfica will host Spartak Moscow in the second leg of the third UEFA Champions League qualifying round match.
1:42 PMa month ago

Do not miss a detail of the match with the live updates and commentaries of VAVEL. Follow along with us all the details, commentaries, analysis and lineups for this Benfica vs Spartak Moscow match.
1:37 PMa month ago

What time is Benfica vs Spartak Moscow match for Third Qualifying Round UEFA Champions League?

This is the start time of the game Benfica vs Spartak Moscow of 10th August in several countries:

Lately, the Russian team's defensive saga has been bad, with only one clean sheet in four matches, so the importance of keeping the ship afloat will fall on Aleksandr Sobolev. The 24-year-old Russian national team player, who has been in the starting lineup at the beginning of the season, will be in charge of bombarding the Portuguese wall with a single goal scored on matchday 2 and will be able to break it down in order to dream of the feat in the second leg of the second leg. 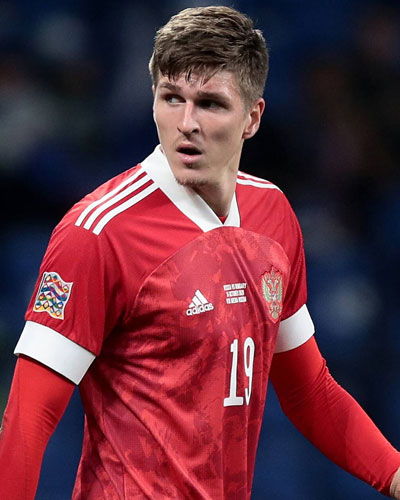 Lately, the Russian team's defensive saga has been bad, with only one clean sheet in four matches, so the importance of keeping the ship afloat will fall on Aleksandr Sobolev. The 24-year-old Russian national team player, who has been in the starting lineup at the beginning of the season, will be in charge of bombarding the Portuguese wall with a single goal scored on matchday 2 and will be able to break it down in order to dream of the feat in the second leg of the second leg.
1:22 PMa month ago

Jan Vertonghen is one of the stars of the Benfica squad, at 34 years of age he is an undisputed starter for the Eagles and has a vast experience in the defensive saga after having played for Ajax, Tottenham and RKC Waalwijk. Since his arrival in Lisbon, he has accumulated 3,875 minutes played, 4 yellow cards and 1 goal, being one of the most important cards for his coach, it is possible that he will once again be in the starting lineup in this second leg and will be one of the most important defensive walls for the local team. 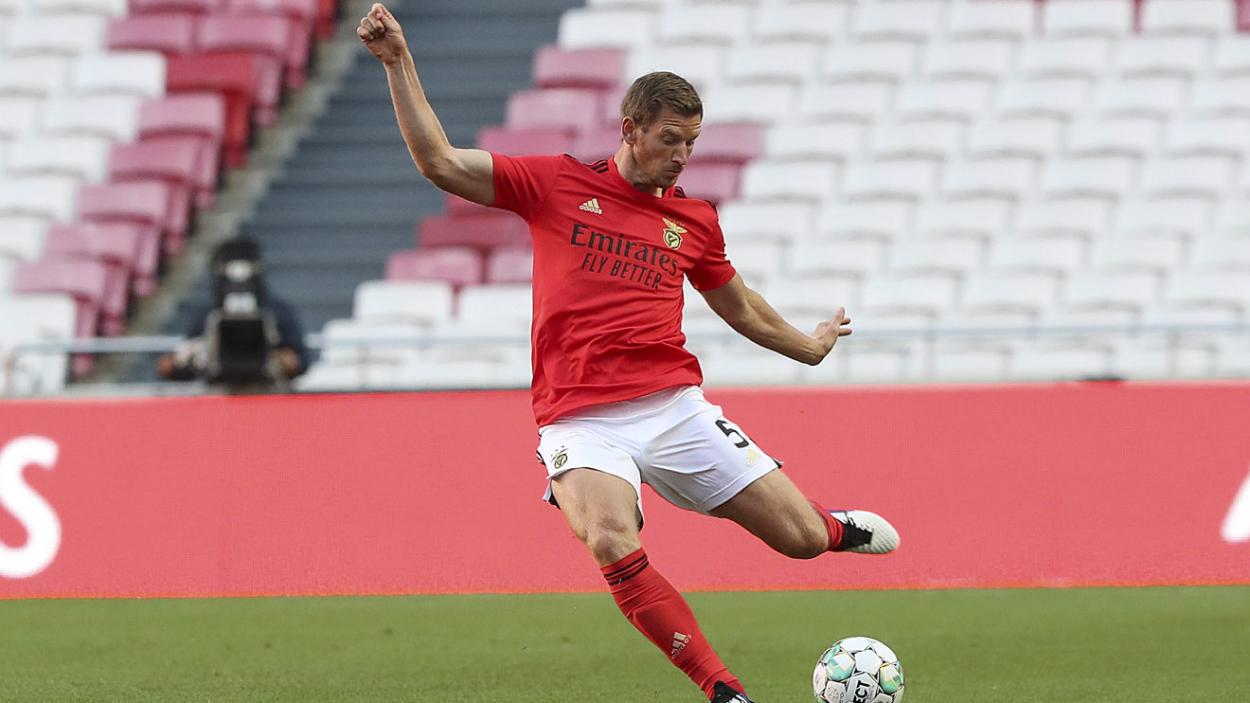 The history between the two teams is very small, but very important, Benfica and Spartak Moscow have met on 3 occasions (1 victory for the Russian team and 2 victories for the Portuguese squad) and all of them have been in duels related to the Champions League. The first two were in the group stage of the 2012-13 season where they shared a win each side and the last of these is part of the current tie. So far, Benfica has one statistic in its favor and that is that it has never been held scoreless every time it faces Spartak, however, that could change depending on what the visiting team does. 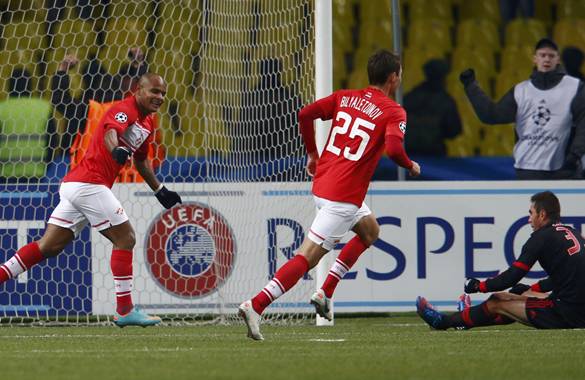 Anthony Taylor will be the center referee, Gary Beswick and Adam Nunn will be assistant referees 1 and 2 respectively, and David Coote will be the fourth referee.
12:57 PMa month ago

The team coached by Pinho da Vitória has not had the start they would have liked, in the Russian league they are in 11th position in the general table and are coming from a defeat at home against FC Nizhny Novgorod. Likewise, in midweek they lost the first leg of the Champions League qualifiers against Benfica, however, there is still hope for them, because with everything against them, they will try to turn the score around and be the ones who get the ticket to the play-offs and give joy to their fans after so many storms.

Their destiny is in their hands, impossible to fail

The Portuguese team is one step away from advancing to the final round of a long road to compete in the UEFA Champions League 2021-22, after a great match played at the away ground, Benfica went ahead in the tie by a score of 2-0 on aggregate. Likewise, the club from the city of Lisbon started off on the right foot in their respective league after beating Moreirense 2-1 away, with two wins in a row at the beginning of the season, the eagles will look to finish the elimination round at home and place themselves in the play-offs to fight for a place in the hall of immortals.

The penultimate stop on the road to the Champions League

These are the last 90 minutes to qualify for the UEFA Champions League play-offs. On the one hand, the Eagles have in their hands the opportunity to return to the best club tournament today and not miss out on that experience, while on the other hand, Spartak will be looking to win the match despite being on the ropes and qualify for the next round where they will play the last great challenge to reach the hall of immortals.
12:42 PMa month ago

The Benfica vs Spartak Moscow match will be played at The Stadium Da Luz, in Lisboa, Portugal. The kick-off is scheduled at 14:00 pm ET.
12:37 PMa month ago