Stay tuned to VAVEL to follow all the details related to soccer through VAVEL.com
1:35 PMa month ago

End of the match! Ortega was also shown the red card, a rather rushed end to the duel.
1:29 PMa month ago

Another yellow! Jose Gimenez of the visitors is cautioned.
1:24 PMa month ago

Atleti change
Vrsaljko comes in and Yannick Carrasco comes out.
1:19 PMa month ago

In the last moments of the game, the game is blocked by several interruptions. Fatigue has already taken its toll on the duel.
1:09 PMa month ago

One for Fontán of Celta de Vigo and another for Ferreira Carrasco of Atlético de Madrid.

Yellow card for Mondragón of Celta
12:59 PMa month ago

Yellow card for Solari of Celta.
12:54 PMa month ago

After the two goals in a row, the game slowed down a bit with constant stoppages.
12:29 PMa month ago

Atlético de Madrid goal! Correa scores the second of the evening for the colchoneros who are already ahead.
12:19 PMa month ago

Penalty goal! Celta de Vigo tied it with a goal by Aspas Juncal.
12:04 PMa month ago

When Coudet's team tries to go forward, they find a well-compacted visiting defense that does not give up anything.
11:54 AMa month ago

The tone of the match did not change. Atlético de Madrid is the dominator of the ball, generating tranquility in the game and annihilating the impetus of the locals to seek the equalizer.
11:49 AMa month ago 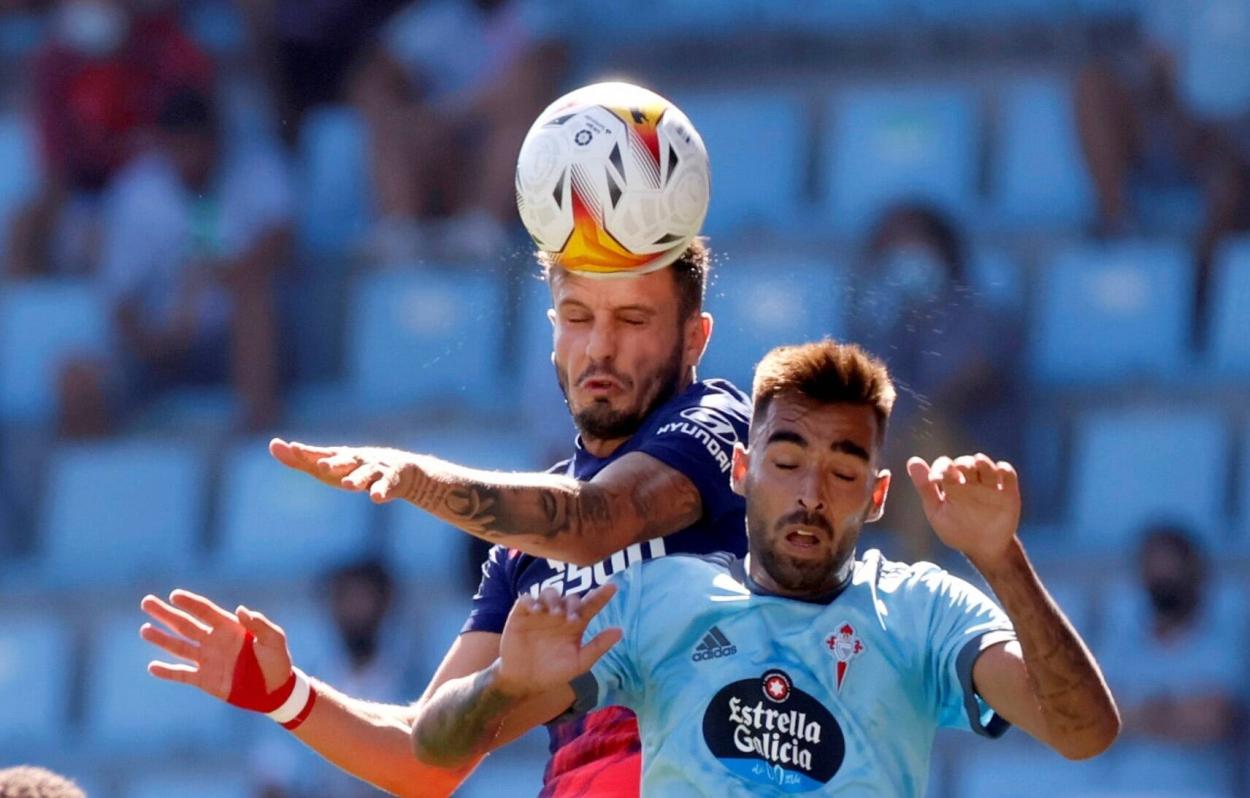 The first half is over! Atlético de Madrid, despite not having so many dangerous opportunities, was able to catapult one to take the lead in the first 45 minutes of the match.
11:39 AMa month ago

Three minutes will be added to the match!
11:34 AMa month ago

The one the local saved! A great scoring chance for Atlético from a set piece that Dituro was well placed to keep out of danger.
11:29 AMa month ago

They return to the field after the hydration break.
11:24 AMa month ago

This was Ángel Correa's goal.

In the desperation to have the ball. Both teams fell into the repetition of fouls in order to advance.
11:09 AMa month ago

The ball is being fought for in the midfield. There are still no shots on goal for either team.
11:04 AMa month ago

In the first few passes of the match, Celta dominated possession.
10:54 AMa month ago

At the press conference

Simione, Atlético de Madrid's coach, praised the rival for their performance last season and their notable improvement with the arrival of the rival tactician at Celta de Vigo, and spoke about the way they expect to face the duel.

"We are going to come up against a dangerous opponent, one of those who played the best soccer last season since Coudet's arrival, good recovery after losing the ball, positional play inside and has competed in a very successful way, therefore, we will have to take the game to where we think we can do damage" concluded Simeone.

At a press conference

Eduardo Coudet, coach of the home team, was quite clear in indicating that he expects a tough match, in addition to having a coach with accumulated experience: "We will give our best, play a great match and try to give the fans a good time, since we are playing with the public", said the Celta de Vigo coach.
10:29 AMa month ago

Venue of the meeting

The Estadio Municipal de Balaídos will be the venue for Day 1 of the 2021-22 season for the commitment between the two, the home of Celta de Vigo, has the capacity for 29,000 fans, but due to the pandemic that affects the whole world will only have 30% of the capacity. 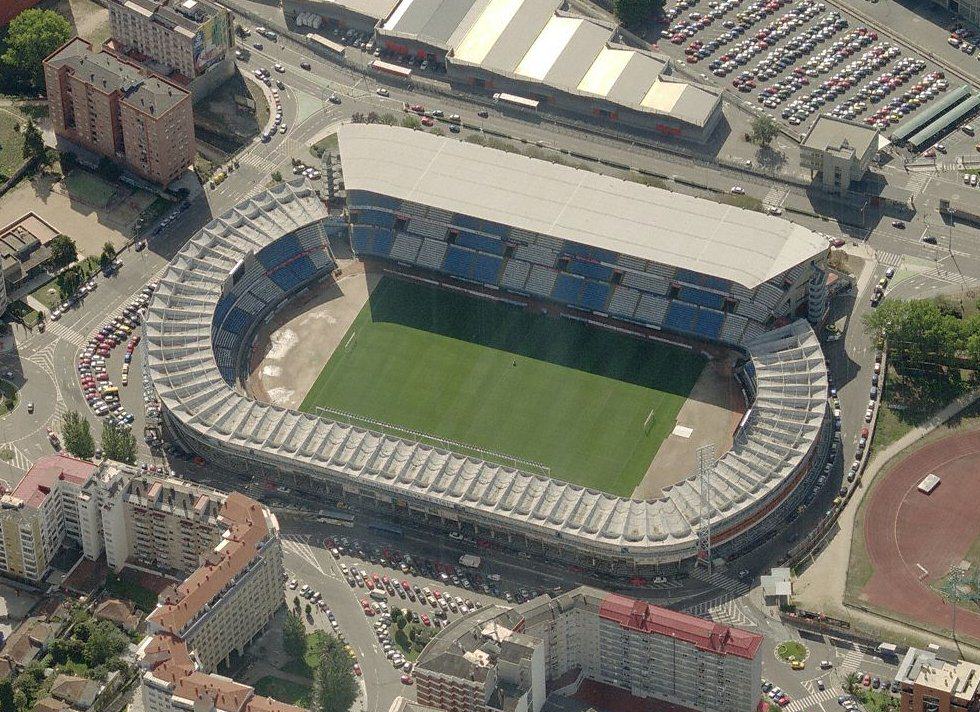 Both teams have faced each other on the field in a total of twenty matches, with Atlético de Madrid dominating the statistics by accumulating twelve wins, five draws and three defeats. In the last match, Atleti won 0-2 with goals by Suárez and Carrasco.

previous three without conceding a goal

What time is Celta vs Atletico match for La Liga Santander?

This is the start time of the game  Celta vs Atletico of 15th August in several countries:

Matias Dituro is the local goalkeeper for Celta de Vigo, the Argentinean's great performances led the Vigo team to dream of reaching the European places last season, so he will be looking for the feat to become a reality. 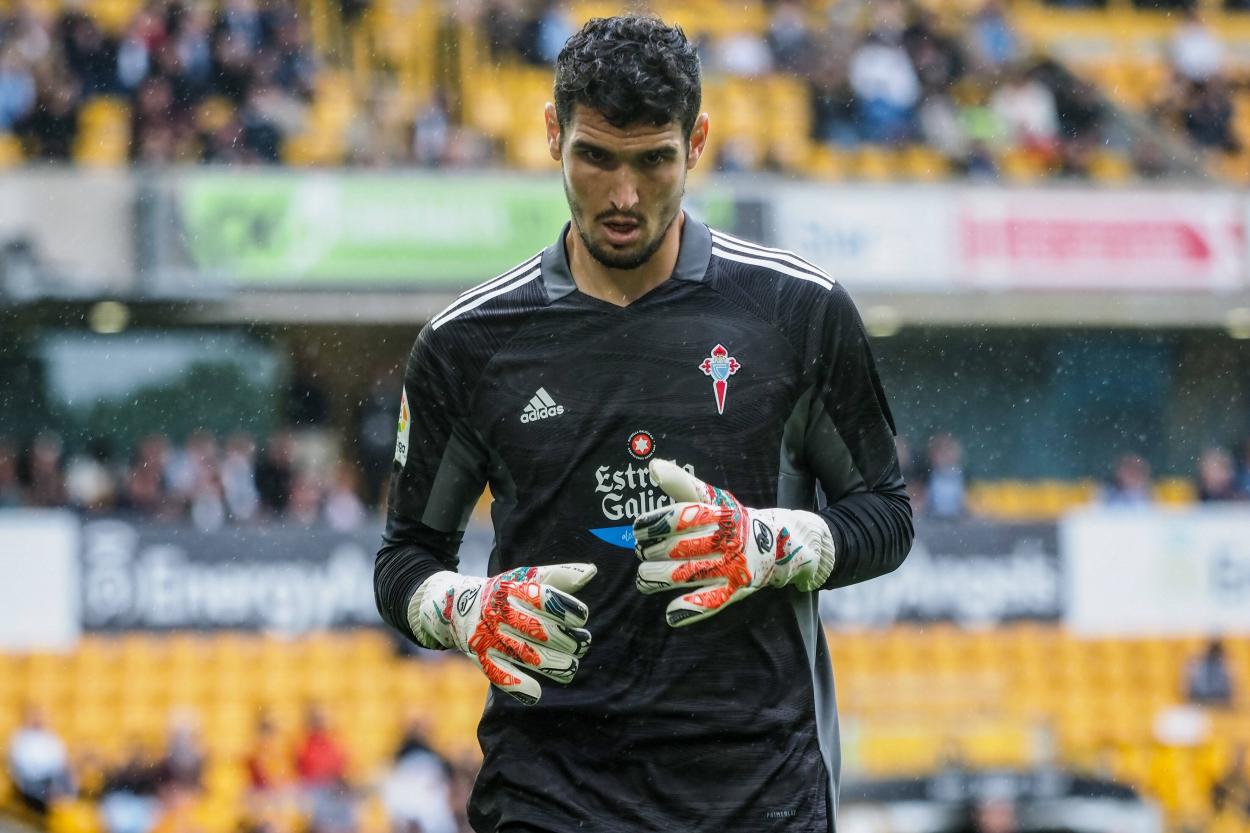 Jan Oblak will protect the goal of the Colchoneros from any danger, who will arrive with a sharpened offense to begin to bear fruit in that area, the Slovenian national team player is ready for another season. 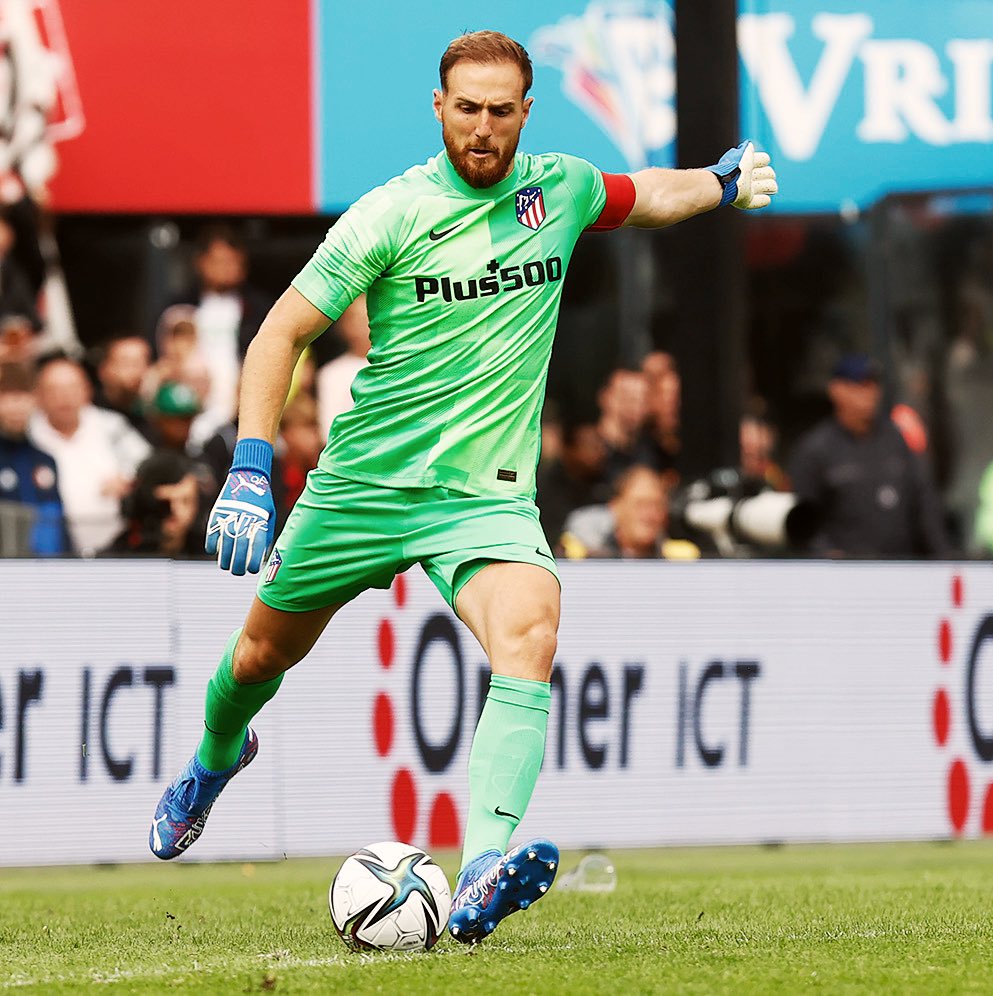 In Vigo, they know that if they win, they would be getting one of the most important factors of the season in terms of morale, as beating the current champion in the first matchday would be a great boost for the teams. Celta will be looking to break that bad streak of not starting the tournament on the right foot and they want the support of their fans to be an essential factor. 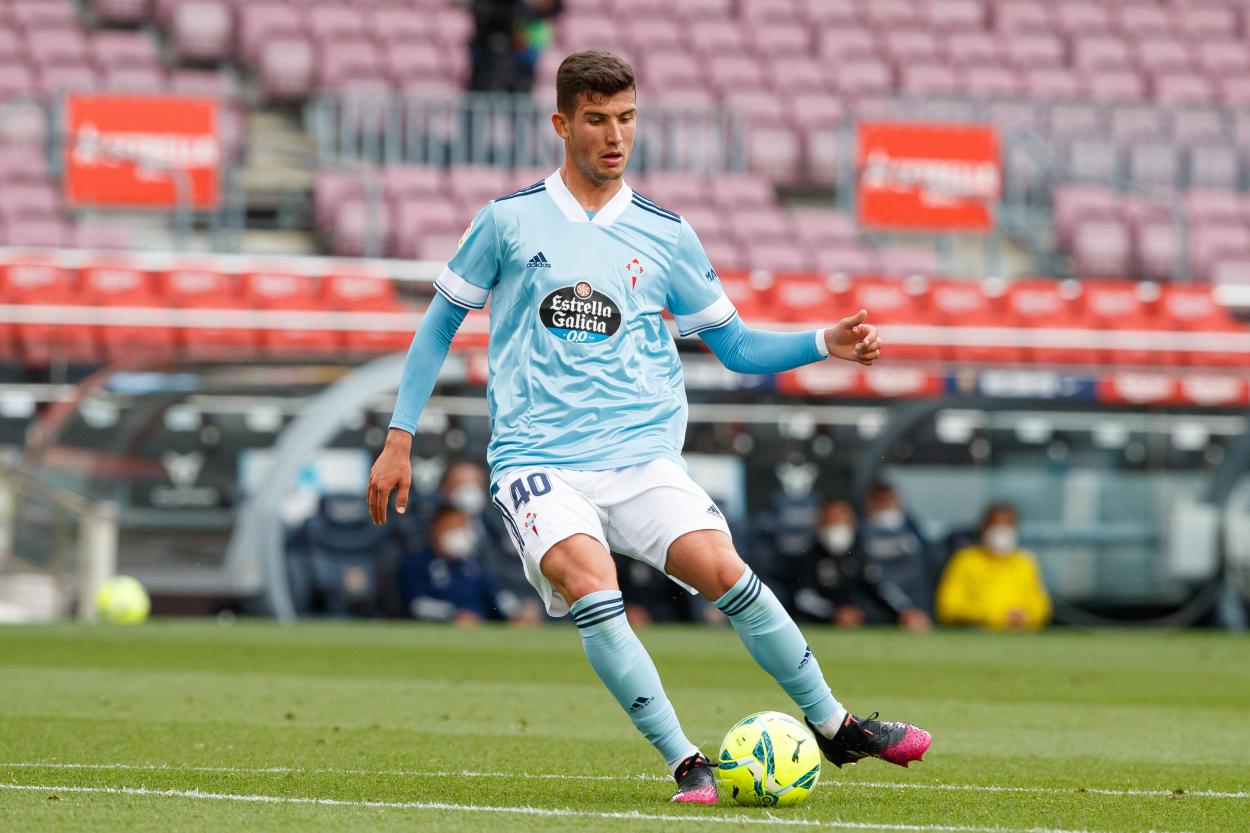 Atletico de Madrid: No surprises for

For the colchoneros, not having the results they would have liked in the preseason, after the losses they suffered in each of the matches, should not affect the start of the league, in which the aspiration is too clear to win the title and become bicampeón (two-time champion). 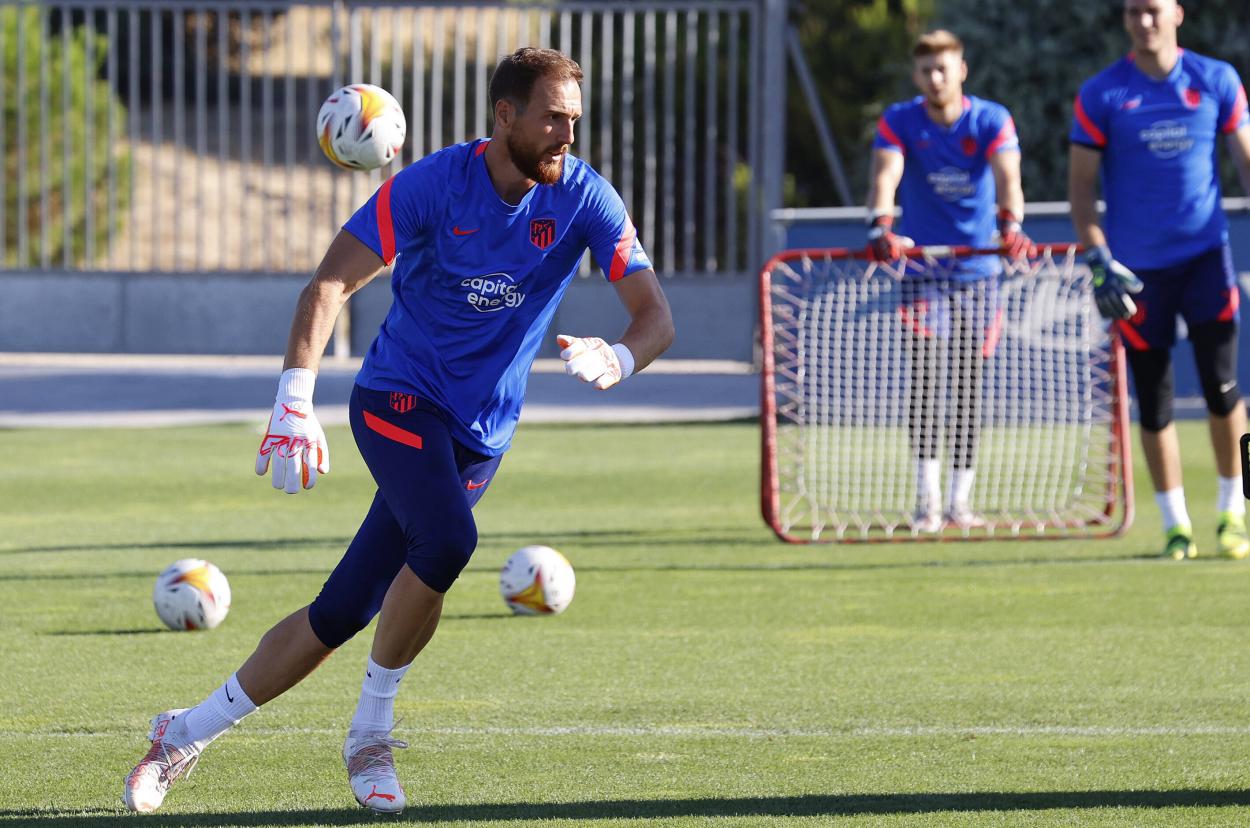 Balaídos, first test for the monarchs

Atlético de Madrid starts the 2021-22 adventure this Sunday with its visit to Celta de Vigo, a match that will serve to defend the crown and make it clear who has been having a great soccer year, the message will be clear to their direct rivals who seek to snatch the title, show inferiority and take advantage of the departure of Messi and Ramos, flagship players who departed this season.

The Celta vs Atletico Madrid match will be played at the Balaídos Stadium, Spain. The kick-off is scheduled at 11:30 am ET.

Welcome to VAVEL.com’s LIVE coverage of the 2021 La Liga: Celta vs Atletico!