In a few moments we will share with you the summary and goals of this match.
12:36 AMa year ago

It's all over! San Jose and Minnesota split the matchday's play.
12:32 AMa year ago

Almeyda receives a warning for complaining.
12:27 AMa year ago

Excellent intervention by Lopez to clear the ball away from Hunou
12:15 AMa year ago

Minnesota Change. Mcmaster is replaced by Gregus.
12:00 AMa year ago

Minnesota wants the second! Trapp's shot from outside the box, but Marcinkowski makes a good save.
11:57 PMa year ago

San Jose substitution. Marie and Cowell enter the field for Salinas and Espinoza.
11:53 PMa year ago

Close second! Lopez tries to get the ball out of his area but it goes between his legs, Hunou tries to shoot, but the ball ends up crashing into his arm.
11:46 PMa year ago

The first half ended with the game tied at one goal.
11:28 PMa year ago

Close! Espinoza's shot, but the ball goes wide of the goal.
11:27 PMa year ago

Dangerous play in Miller's area, but the visiting keeper keeps the ball.
11:19 PMa year ago

Judson's good arrival, who ends up taking the ball away from Dotson and avoids the danger.
11:17 PMa year ago

Reynoso appeared with a header inside the local area, but the ball went wide.
11:15 PMa year ago

Metanire's cross, but Marcinkowski keeps the ball without any problems

Good intervention by Miller, preventing the home team from creating a dangerous play and keeping the ball.
11:07 PMa year ago

Goo...! NOTHING!!!! The referee calls Finlay offside and the score remains tied.
11:03 PMa year ago

Minnesota's goal! Trapp receives the ball from Hunou and sends it into the back of the net, tying the match.
11:00 PMa year ago

He's leaving! San José is down to one player after Nathan's dismissal.
10:59 PMa year ago

VAR! A strong tackle by Nathan on Dibassy is reviewed.
10:52 PMa year ago

San José's goal! Dibassy's cross ends up in his own net after the ball crashes into the defender.
10:49 PMa year ago

Yueill failed to reach the cross and ended up missing a clear opportunity for the home side.
10:46 PMa year ago

Excellent intervention by the home defense, preventing Minnesota from reaching the danger zone
10:41 PMa year ago

Both teams are already on the field warming up before the match starts.
9:58 PMa year ago

The players are here!

Both Minnesota and San Jose are already present at the stadium, ready to play their 26th game of the current tournament.
9:57 PMa year ago

Carlos Fierro and the rest of his teammates have arrived at the building, ready to play this match. 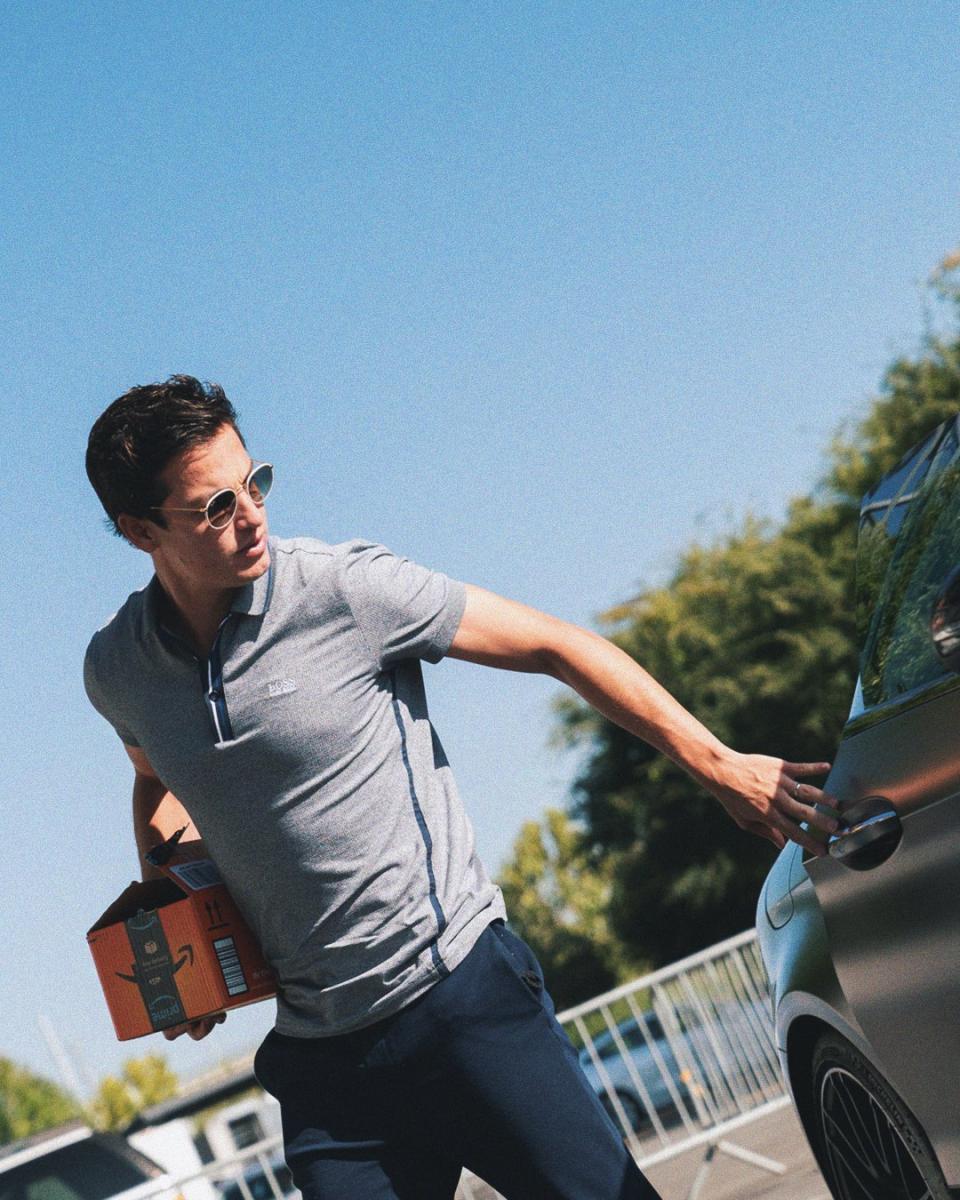 The fans are already present at Paypal Park; supporters of both teams are looking to witness a great duel tonight.
9:47 PMa year ago

In a few moments we will share with you the San Jose Earthquakes vs Minnesota live starting lineups, as well as the latest information from Paypal Park. Keep an eye on the action with VAVEL's minute-by-minute live online coverage.
9:42 PMa year ago

How to watch San Jose vs Minnesota Live Stream on TV and Online?

If you want to watch the game San Jose vs Minnesota live on TV, your options is: ESPN.

Adrian Health, Minnesota's head coach, said prior to the match: "Yes, it's a little disappointing because I don't think we deserved the loss. I look at the chances we created that their goalkeeper saved. You saw that he was the man of the match, and the reaction of his teammates at the end of the game. That says a lot about our approach to the game. After Galaxy goalkeeper Jonathan Klinsmann made that save in the first 30 seconds, I thought maybe it would be his day, and it was. There are a lot of positives to take from the game, obviously the disappointment will always be the result, because that's the most important thing. In terms of positives, there were a lot."
"Yesterday we had a regeneration day and we worked a little bit on the guys who didn't take part [in the match against the Galaxy]. Today we did some light work, we travel today and play tomorrow, we come back on Wednesday and you prepare again for another big game against Sporting. It's an important week for us."

"They've changed the way they play a little bit, they're not so man for man all over the field and in some games they play with five at the back and the five up front go all out. It's a little bit more of a hybrid system than what they had, but they'll see it as a good opportunity to get to where we are as a league. They've been getting good results lately, so it's going to be tough."

To keep adding up

Minnesota comes into this match with a mixed last three games; a draw against Vancouver, a loss against Houston and a win over LAFC. The team is in fifth place and has 26 points. 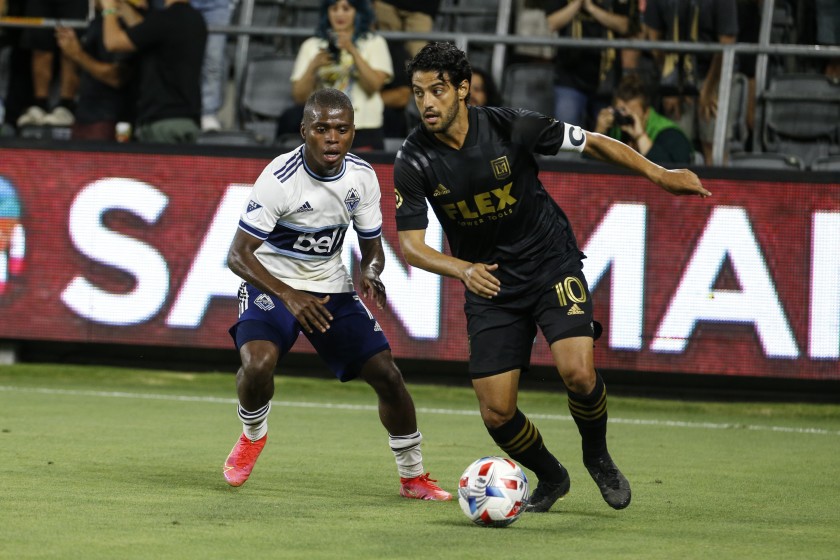 In San Jose's last three matches, they have two draws against Portland and Vancouver, as well as a win against LAFC. The Earthquakes are in ninth place with 22 points in the Western Conference standings and will be looking for a win in this match. 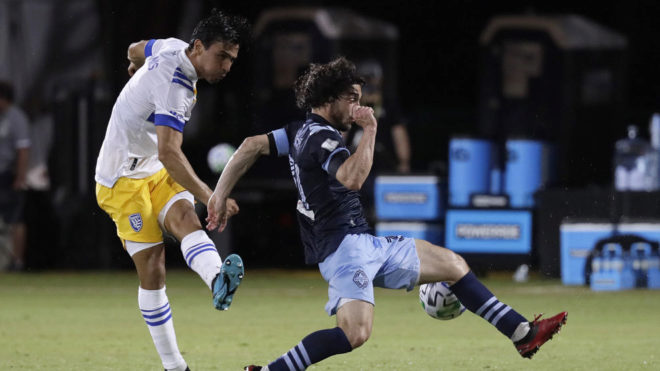 This match will take place at Paypal Park, which has a capacity of 18,000 people. And it will have the fans of both teams to face the match. The stadium is located in San Jose, California. 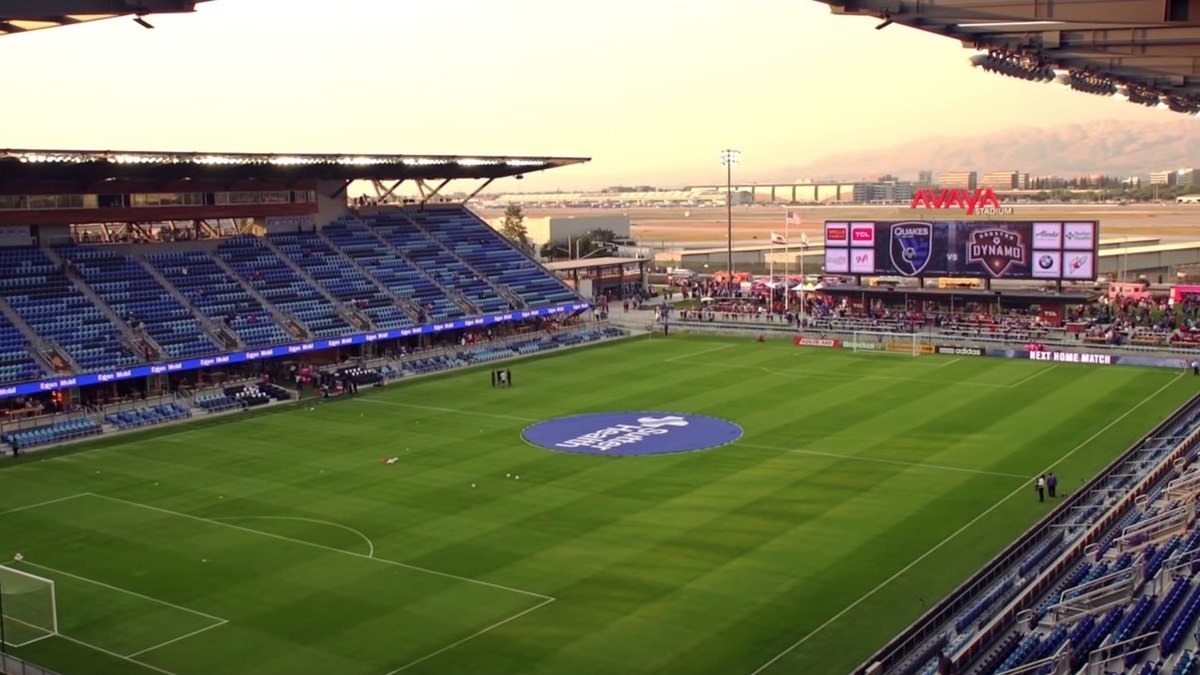 My name is Lore Solórzano and I’ll be your host for this game. We will provide you with pre-game analysis, score updates, and news as it happens live here on VAVEL. Please stay tuned and don't miss all the details of this match here with us.

Diaz, Zelarayan lift Columbus in 3-2 win over NYCFC 14 hours ago

The Warm Down: Charlotte FC 2-3 Chicago Fire a day ago

Columbus Crew vs NYCFC preview: How to watch, team news, predicted lineups, kickoff time and ones to watch 19 hours ago

Atlanta United vs Seattle Sounders preview: How to watch, team news, predicted lineups, kickoff time and ones to watch 19 hours ago

Charlotte FC vs Chicago Fire preview: How to watch, kick-off time, team news, predicted lineups, and ones to watch 2 days ago

Charlotte FC vs DC United preview: How to watch, team news, predicted lineups, kickoff time and ones to watch 4 days ago

Seattle Sounders vs FC Dallas preview: How to watch, team news, predicted lineups, kickoff time and ones to watch 5 days ago

New York Red Bulls vs Colorado Rapids preview: How to watch, team news, predicted lineups, kickoff time and ones to watch 6 days ago